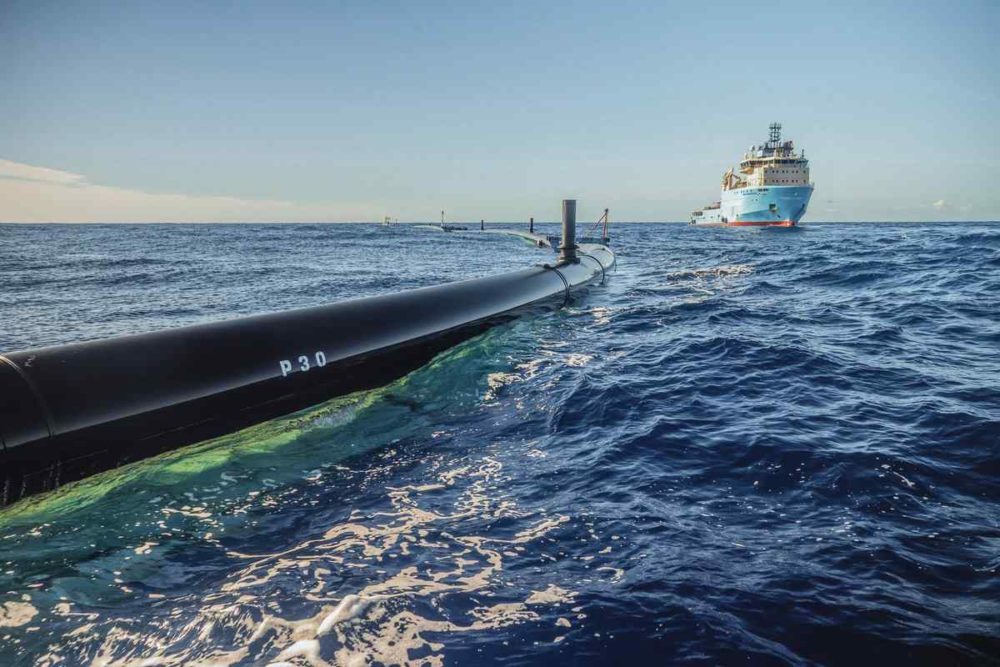 The 1.8 trillion pieces of trash floating in the Great Pacific Garbage Patch have become a possible task as the Ocean Cleanup deploys its $20 million systems designed to clean up action. It is very interesting to find out how Ocean Cleanup aims to reuse and recycle the ocean plastic. Moreover, the floating boom system was deployed on Saturday from San Francisco Bay and will undergo several weeks of testing before being hauled into action. The Great Pacific garbage patch is a gyre of marine debris particles located in the central North Pacific Ocean. It is the largest of the five offshore plastic accumulation zones in the world’s oceans comprising Eight million tons of plastic winds. A similar patch of floating plastic debris is found in the Atlantic Ocean, called the North Atlantic garbage patch.

Related: Top 10 Largest Seas and Oceans in the World

The system was designed by the non-commercial Ocean Cleanup, founded in 2013 by 18-year-old Dutch inventor Boyan Slat. It is the only company that has a deployable system capable of cleaning the garbage patch on this scale. The company is backed by some heavy hitters in the tech industry, including Peter Thiel, co-founder of PayPal and Marc Benioff, the chief executive of Salesforce.com. 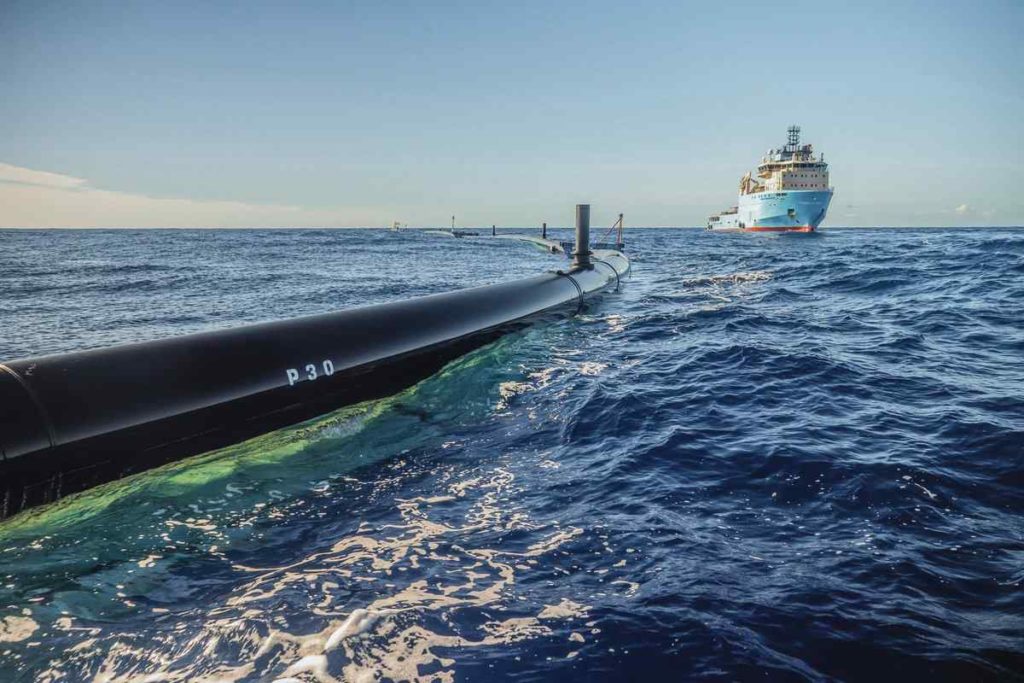 Their mission is to develop “advanced technologies so as to make the world’s oceans plastic-free.” However, the floating boom system, with the help of dozens of more booms, is estimated to clean up half of the Great Pacific Garbage Patch within the first five years. After undergoing testing, the floating boom system will be towed out 1,400 miles to the garbage patch around mid-October. The garbage patch covers roughly 1.6 million square kilometres and 1.8 trillion pieces of debris and is so large that it can be easily detected from space via satellites. Each boom will trap up to 150,000 pounds of plastic per year as they float along the currents between California and Hawaii. Furthermore, The Great Pacific Garbage Patch is a vortex of trash created from an ocean gyre in the central North Pacific, (The trash collected and trapped within a circulating ocean current, is called a gyre). This prevents the distribution of the garbage patch while collecting plastic.

As the boom floats, it collects trash in the U-shaped system, which has 10 feet of netting below it to collect smaller fragments of plastic. Once the boom is full, a vessel will meet the boom to collect the plastic and transport it to land for sorting and recycling. The idea is that the 10 feet of netting is not deep enough that fish can’t swim below it, with the hope that the boom will collect trash and not fish. The trash vortex was discovered in the mid-1980s and lies halfway between Hawaii and California.

Continued testing and deployment of additional boom systems will help further refine the systems to be more efficient and less disruptive to ocean ecosystems. But, The United Nations Ocean Conference estimated that the oceans might contain more weight in plastics than fish by the year 2050. Some long-lasting plastics end up in the stomachs of marine animals. Affected species include sea turtles and the black-footed albatross. Midway Atoll receives substantial amounts of marine debris from the patch. Twenty tons of plastic debris washes up on Midway every year with five tons ending up in the bellies of albatross chicks.