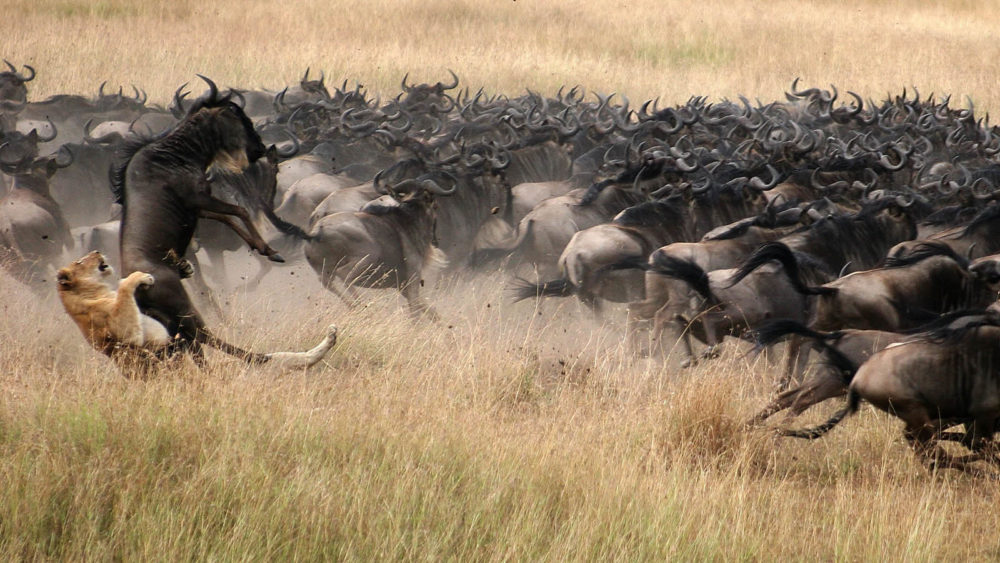 Have you ever wanted to visit some parts of Africa during your holiday? The majority of people do not know that there are many attractive places on this continent. One of them is definitely – Tanzania. This country is located in East Africa and it has around 56 million people.

So, what makes Tanzania special?

Have you ever heard about the Great Wildebeest Migration? Well, if your answer is “yes”, you should check GosheniSafaris to find out more about this amazing event. Still, if you are completely unfamiliar with this even, then you certainly have many questions.

What is the Wildebeest Migration? 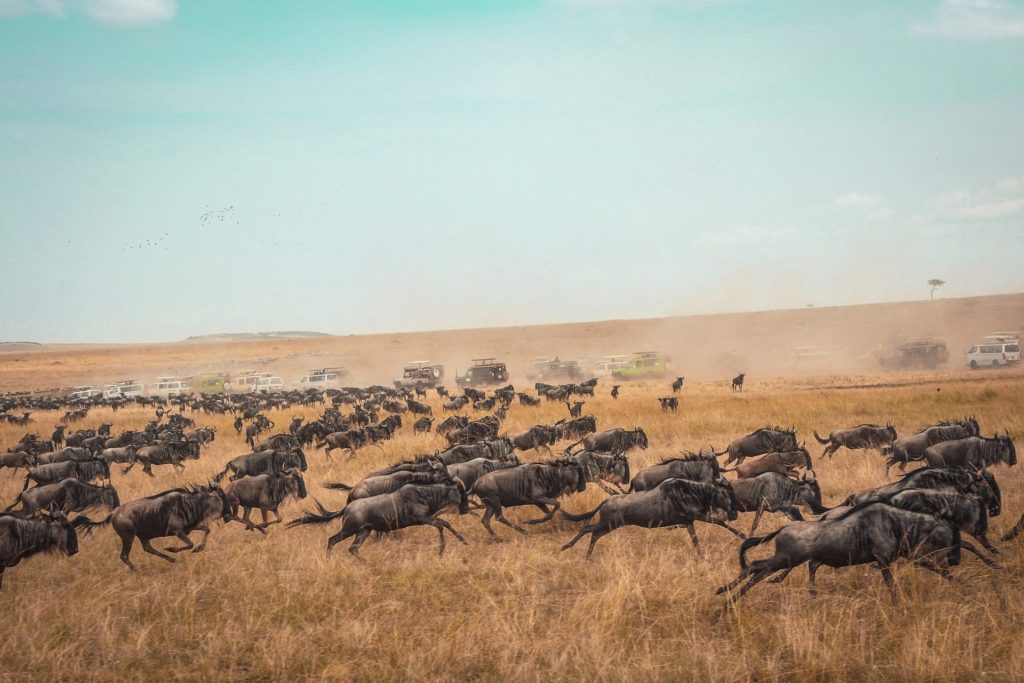 We will start from the very beginning. It is an annual migration of huge herds of grazers that happens across the Northern part of Tanzania and parts of Kenya. We will be more precise with the number. You will be able to see more than 2 million wildebeests and approximately 200 thousand gazelles and zebras that are trying to find a green pasture. They “travel” through Serengeti and Masai Mara ecosystems which basically mean that this is not an easy “trip”.

What is the reason for the Great Wildebeest Migration?

These wildebeests are looking for greener grass and that is probably the easiest way to answer this question. However, that’s not it. These animals migrate around the Serengeti. Besides that, they usually know to change their location and migrate to Masai Mara. Still, it is not possible to completely track their migrations because wildebeests are a bit unreliable animals. Their migration depends a lot on where the rain falls. In most cases, they “zig-zag” during their migrations. Still, seeing a huge number of zebras and gazelles in any of those locations is fascinating.

When Does the Migration Happen? 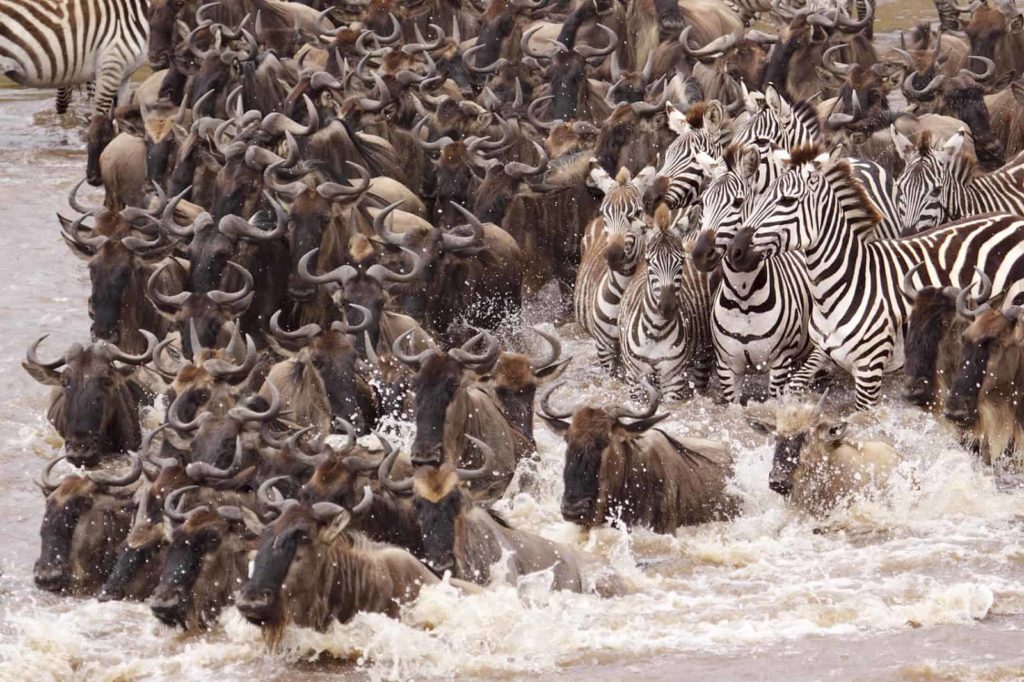 Well, they literally happen during the entire year. You won’t be able to find a period of the year without migrations and giant herds of these beautiful animals. In most parts of the year, they are located in the Northern part of Tanzania. Still, there are also some shorter periods of time when you can find them in Kenya. Migrations to Kenya happen from July and October. In that period of the year, wildebeests are crossing the Mara River in Tanzania between Lamai Wedge (that is near Kenya’s border) and Kogatende. Still, the main location of this event remains Tanzania.

What is the Best Time to Visit Great Wildebeest Migration? 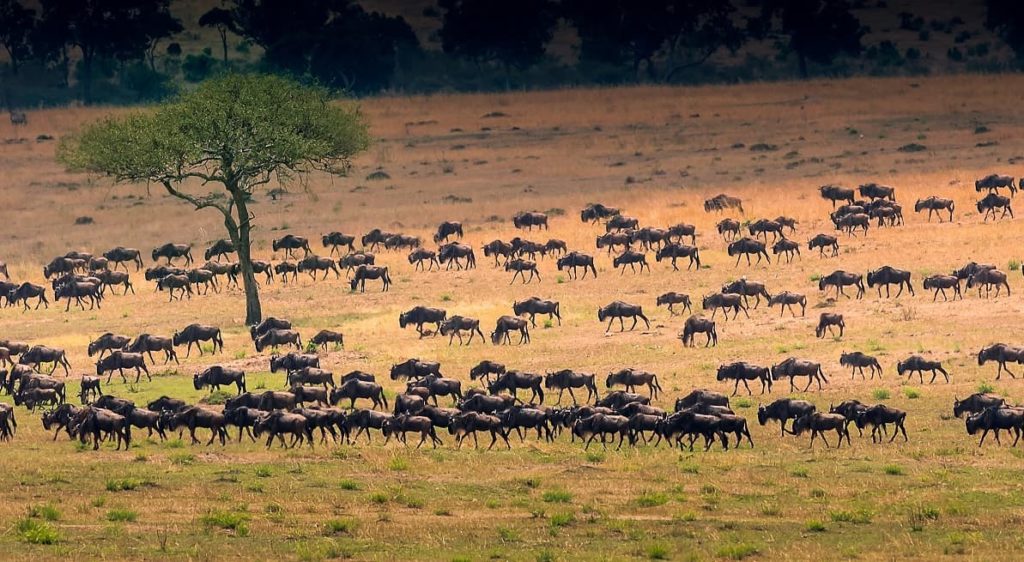 It doesn’t mean that other periods of the year are boring. As we said, the migrations are happing during the entire year and everyone who comes to visit Tanzania will have the chance to see them.

Currently, in this period, the wildebeests are located in the southern area of the Serengeti. More precisely, you will be able to find them in Ndutu which is part of the Ngorongoro Conversation Area. Seeing the migrations over the river is definitely one of the most fascinating things you will ever see. Still, from December to March, you will also have the chance to see congregate on the dramatic sweeping plains of the south.

If you plan to come in this part of the year, we suggest you pick February. The reason for that is simple – they always go south for the calving season.

The Rest of the Year

Well, let’s be honest and say that the rest of the year is not as fascinating as the previous 2 periods. Still, that doesn’t mean you should completely avoid going here in this part of the year. For instance, April, May, June, and November are specific months. In these 4 months, the migrations are in the so-called “in-between” location. More precisely, these are slightly transitional times, and we do not want that you get disappointed. There is also a chance that you will see the great wildebeest migration, but not as good as in the previous 2 periods.

Why are these months specific?

Well, in November, the rains are short. In May and April, the rains are long and, because of that, the grass is green in Serengeti in that part of the year.

Where to Stay for the Great Wildebeest Migration?

Logically, every tourist that comes here would want to know the best place to stay. It is not the point to find a hotel that is far away from the herds. While you come, the herds can move to a completely different location. Because of that, Serengeti’s mobile camps are the best choice that every tourist has.

These camps are not in the same place during the entire year. They usually move two or three times a year. Their location depends on the location where the herds are at a particular time. We won’t mention some of them here because it is not our intention to promote them. You can find them with basic Google research. 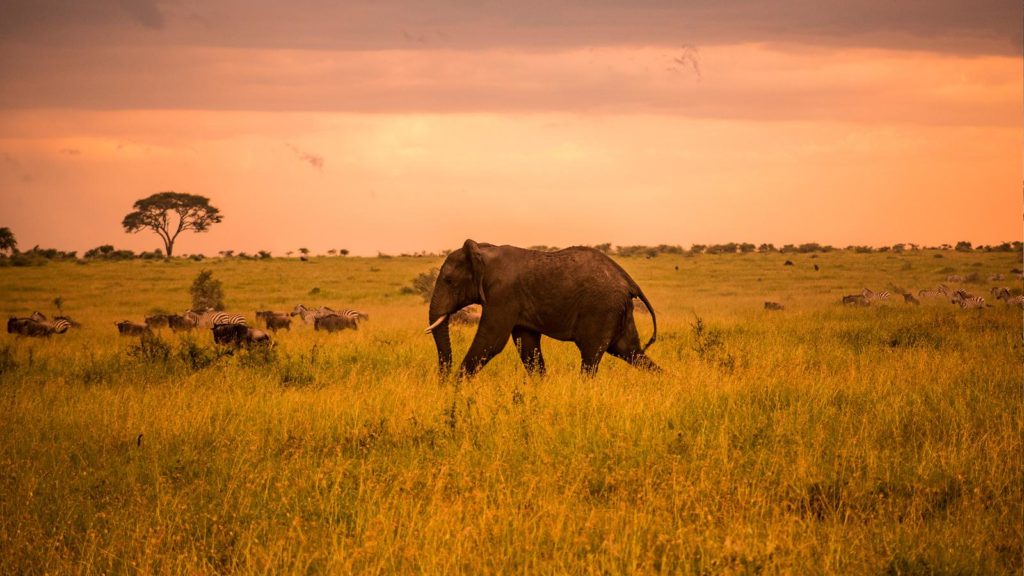 Well, that mostly depends on you. First of all, tourists need to know that the Serengeti ecosystem is 30 000 km2 big. It is not recommendable at all that you try to find migrations on your own hand. You can easily get lost. Each part of this ecosystem looks similar and it is important to stay together with your group. Besides that, Serengeti is famous as a place full of lions. We suppose you do not have the desire to meet this animal personally.

Did you know that The Great Wildebeest Migration is one of the Seven New Wonders of the World? That means that you won’t be able to see this sort of migration in any part of the world. Why should you miss such an opportunity? Seeing wildebeests and other animals in the Zoo became boring.

What do you think? Is this event attractive?