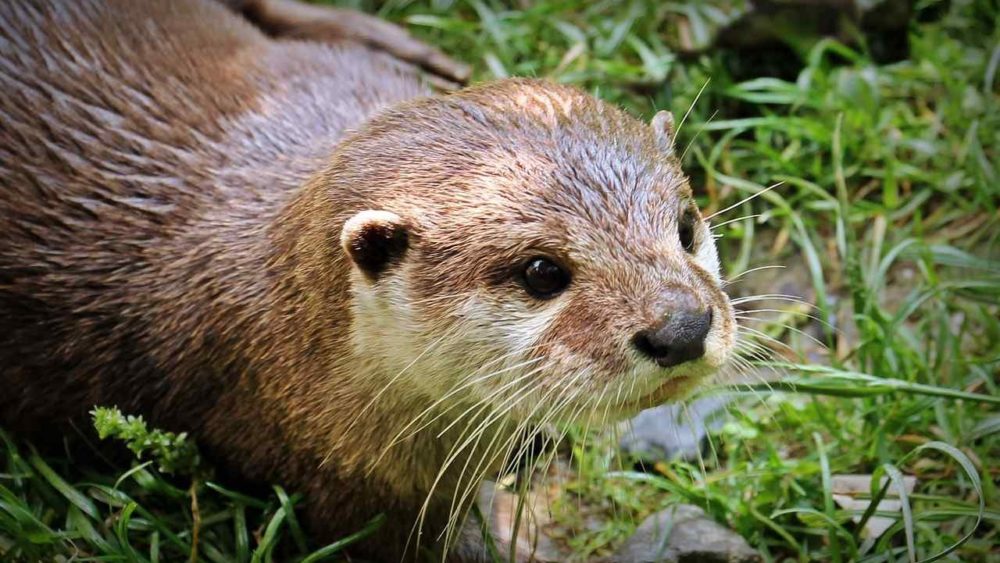 Otters today are faced with habitat loss and food scarcity, apart from killing due to their thick coat. The latter threat to these animals dates back to the 19th century when they were hunted to near extinction for their fur. Their fur which is one of the thickest in the entire animal kingdom which keeps them insulated in the extremely cold regions which they inhabit. In the past, otters were mercilessly hunted by poachers for their fur, that was traded illegally at astronomical prices.

Otters are mammals that are extremely playful and sensitive. They are usually found in clean rivers, lakes and coastlines of Europe, parts of Asia and along the Pacific coast. They are semi-aquatic, aquatic as well as marine and have few natural predators. Ironically, they are currently protected under the Endangered Species Act in the United States.

Also Read: 15 Best and Largest Aquariums in the World 2018

Being carnivorous in nature, they are skilled at hunting and preying upon other aquatic species. However, due to over-fishing, it has become increasingly difficult for them to find food resulting in starvation. They also get trapped in the fishing nets which the fishermen plant at places where the otters tend to hunt, suffocating them to death. One of the other reasons is the oil spills from water vessels and ships. The sea otters get covered from head to tail in oil which permeates into their coat that disrupts the insulation. When they try to groom their fur by licking, they ingest the poisonous oil and die of toxicity.

Stats reveal that many otters died between years 1999-2006 of shark bites. Otters bitten by sharks (presumed to be white sharks) die of bleeding or infestation of wounds. However, polluted water can also expose them to parasites and diseases leading to their death.

A lot of conservation efforts have been made to help these gullible animals survive in spite of the cruelty of mankind. Since otters thrive in clean waters, their vanishing number is a sign of the increasing pollution of water systems of the world. Organisations that work for the conservation of these species aim at rescuing them from oil spills areas or treating them for wounds. However, much needs to be done to protect them from the consequences of all-pervasive anthropogenic threats.