Thinking of moving to Australia? Here are a few reasons why you should pick Melbourne when you migrate to Australia.

If you are considering moving to Australia, Melbourne is one of the cities that will more than likely be at the top of your list of places to settle in.

Melbourne has repeatedly earned the reputation of being the most liveable city in the world, a distinction the city lost to Vienna this year, coming second place in the annual liveability index put together by The Economist.
Even as the second most liveable city in the world, Melbourne has maintained its consistency when it comes to providing quality healthcare, education, and infrastructure for its almost 5 million people.

The capital of Victoria, which is also the most populous city, second only to Sydney, has a reputation for being the sports, culture, arts, and literature capital of Australia.

Melbourne remains one of the most important cities in Australia, little wonder it is the city of choice for New Zealanders moving to the country.

Need more convincing? Here are our top 8 reasons why you should consider moving to Melbourne:

Melbourne has a strong economy 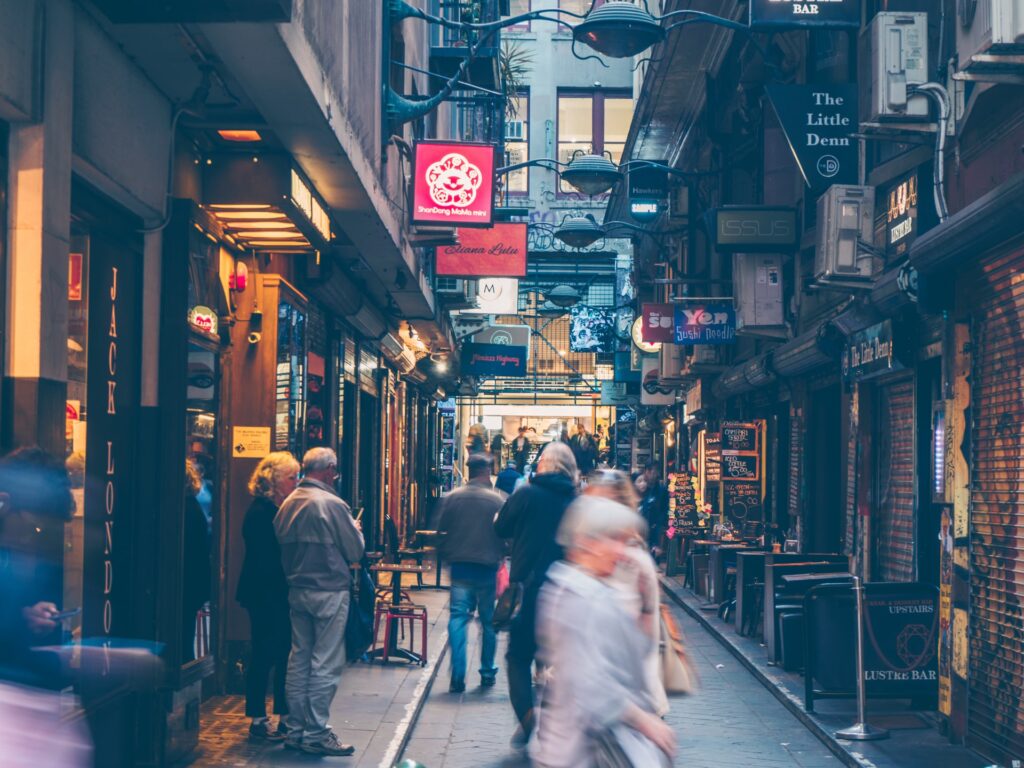 Melbourne has a good healthcare system, an efficient transport sector, and a high-quality education system. All of these in combination with sound economic policies make Melbourne an Australian city with a strong and vibrant economy.

This is a city that plays host to hundreds of local businesses and start-ups, as well as being the head office for some of the world’s most well-known organizations.

Because of the number of businesses and opportunities in the city, Melbourne has a high rate of employment, so even if you arrive at the city without a firm job offer, you won’t have much trouble finding a job and working in Melbourne. However, be sure you qualify to work in Australia, do not assume. This is an error many makes, especially those moving from New Zealand. Your immigration consultant at malcolmpacific.com can help you determine your work eligibility.

If you have lived in New Zealand for some time, you should be familiar with the unpredictable weather patterns of the land of the great white cloud. When you move to Melbourne, even if everything else is unfamiliar, you can count on the weather to be almost the same as you are used to.

Melbourne however, has the advantage of not being as hot as other Australian cities, so, while roads and cars are melting elsewhere, you can enjoy a perfect sunny day without the excessive heat. 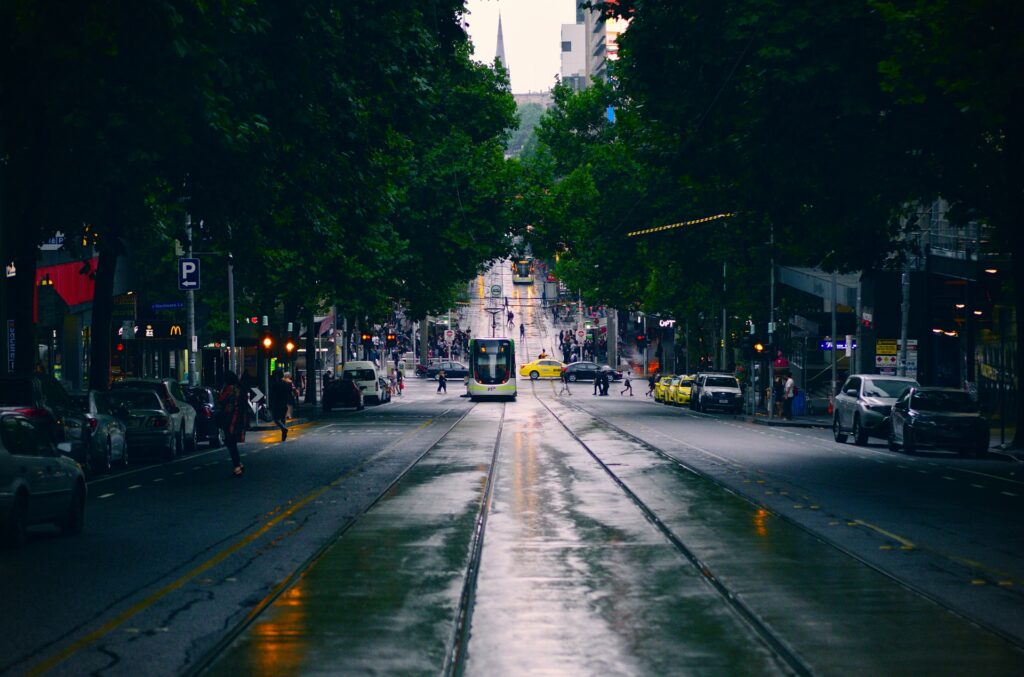 Even though at 4.9million, the population of Melbourne is almost the same as the entire country of New Zealand, the city has some of the greatest outdoor locations in Australia.

After a hard week of work, you can spend your weekend visiting any of the many beaches and coastal destinations all over the city.

Melbourne has something for everyone, from lovestruck couples to children and entire families. One of the most iconic beach destinations in the city is St. Kilda beach, a serious attraction for locals and tourists alike.

In addition to the parks, beaches, and other exciting destinations, Melbourne also plays host to a number of year-round events, and they are free too. These events range from art exhibitions, to live music, theatre, and festivals.
You can enjoy free art exhibitions every week at the National Gallery of Victoria (NGV), check out the popular night market at Queen Victoria Market every Wednesday night, or take part in the Brunswick free gin festival.
You can find a more detailed list of the free attractions Melbourne has to offer on this list. 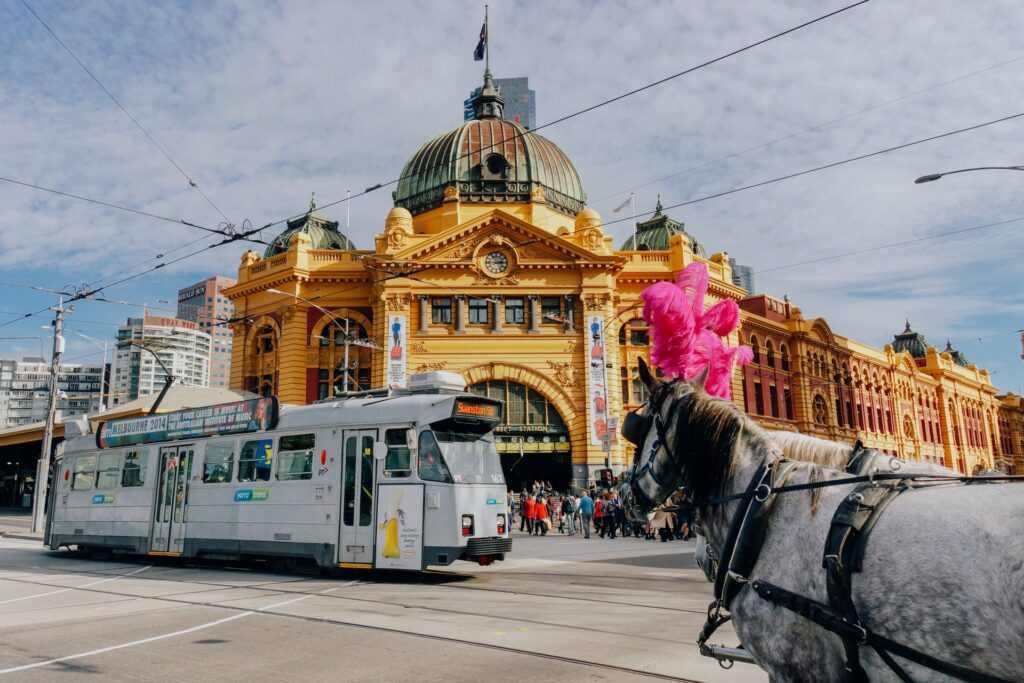 It is a well-known fact that for a city of barely 5 million people, Melbourne has quite a large number of wildlife attractions. For example, in the popular Melbourne zoo, you can meet Orangutans, Elephants, Kangaroos, Wombats, and Koalas. In fact, you will find more than 300 species of wildlife just 5 minutes from the city center.
The weather, the outdoors, and wildlife are just some of the Key facts about Melbourne that make the city very attractive.

You would expect that a city with a population that is more than that of entire New Zealand would be an expensive place to live and work, but this is not so. It is a fact that living in Melbourne is less expensive than most cities in New Zealand.

When you arrive in Melbourne, don’t be surprised to find that transportation, utilities, groceries, and other everyday expenses are a lot cheaper than cities like Wellington and Auckland. However, this is no reason not to be careful with your money as you stand the risk of running out of cash if you don’t get a job. 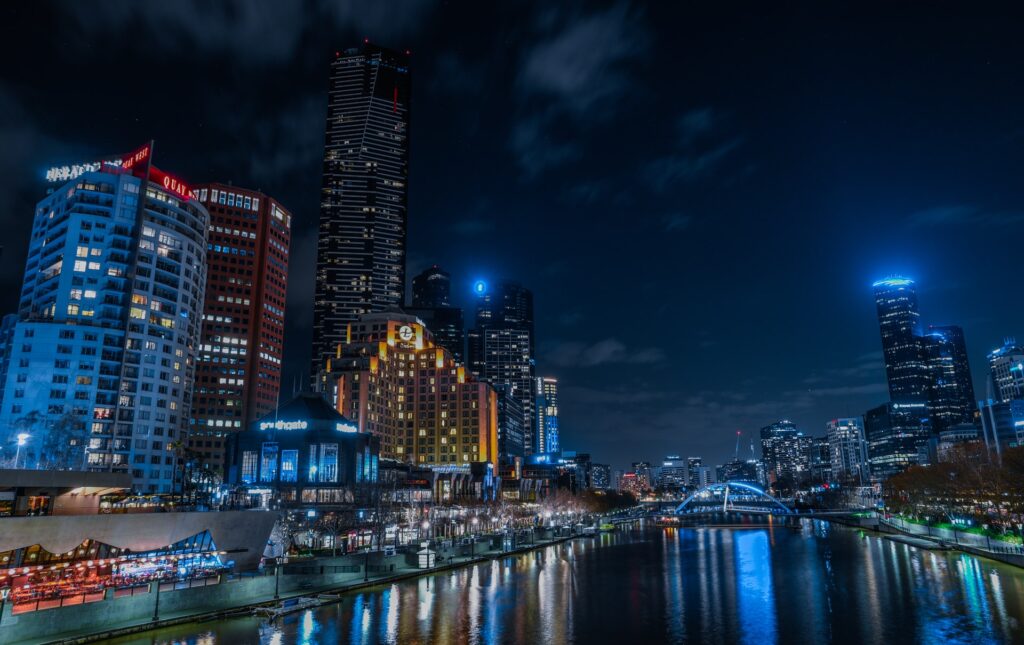 If you love exploring a city at night, you should definitely move to Melbourne. Melbourne has one of the most vibrant night cultures in Australia, with its wide range of clubs, restaurants, and bars, almost at every corner.
In the city center, you will find night-time entertainment for students and workers alike, and if you feel like moving about a bit, you will find some really impressive nightlife entertainment at South Wharf and South Bank.

A wide range of opportunities

If you are moving to Australia in search of opportunities such as a new job, studying, or seeking new adventures, Melbourne is the place to stay.

In Melbourne, you can enjoy the opportunity of working abroad, and what’s more, as long as you have the necessary academic and professional qualifications, you will not need to take any other qualification examinations. This is largely due to the agreement between Australia and New Zealand that allows both countries to recognize and accept relevant qualifications from foreigners between the two countries, as long as the occupations are recognized and approved in both Australia and New Zealand.

There are just so many reasons why a move to Melbourne, the capital of Victoria is such a good idea. The key is to plan your move well and do comprehensive research so that you know what to expect before and after you arrive in your new city.

You should also consider using the services of a professional international mover if you intend to move your belongings to your new city.

Melbourne has a lot to offer foreigners who want to make Australia their new home, and you won’t be disappointed when you arrive.