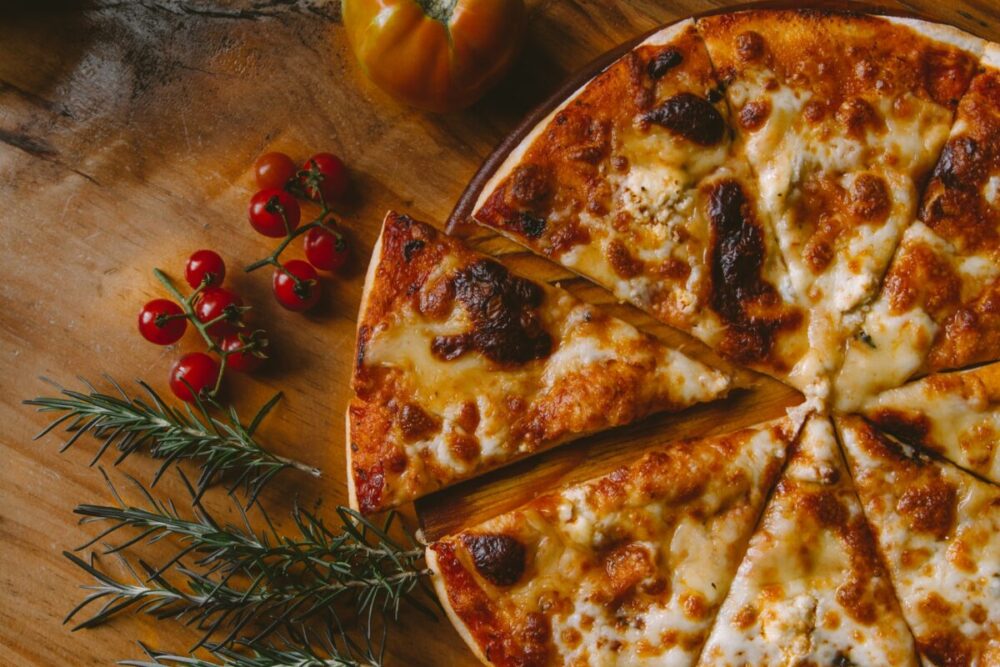 First introduced to the US public at the beginning of the 20th century, pizza evolved into global trend overtime, creeping all across the country and beyond as more and more pizzerias opened their doors to curious eaters. It’s safe to say now, over a hundred years later, that pizza has been enjoying a proper food cult and a very long-lived one. People from across the world flock to specialized websites showcasing the best pizza-making equipment on the market and sharing helpful tips for all levels of expertise, such as pizzaovenradar.com. They hope to recreate the iconic play of flavor and texture that Italian pizza is famed for.

Fun to cook for those who enjoy preparing their meals on their own, pizza is likely universally fun to eat. The delight is bound to double in an authentic setting. Indeed, there’s nothing like munching on that flaky, charred crust as you watch pizzaiolo hustle around the imposing oven or indulge your eyes on Italy’s breathtaking cityscapes and lush nature. But what exactly makes it so ridiculously delicious? Explore five secrets behind the unparalleled taste not to miss on your next trip to the home of pizza!

Variety Is the Spice of Life 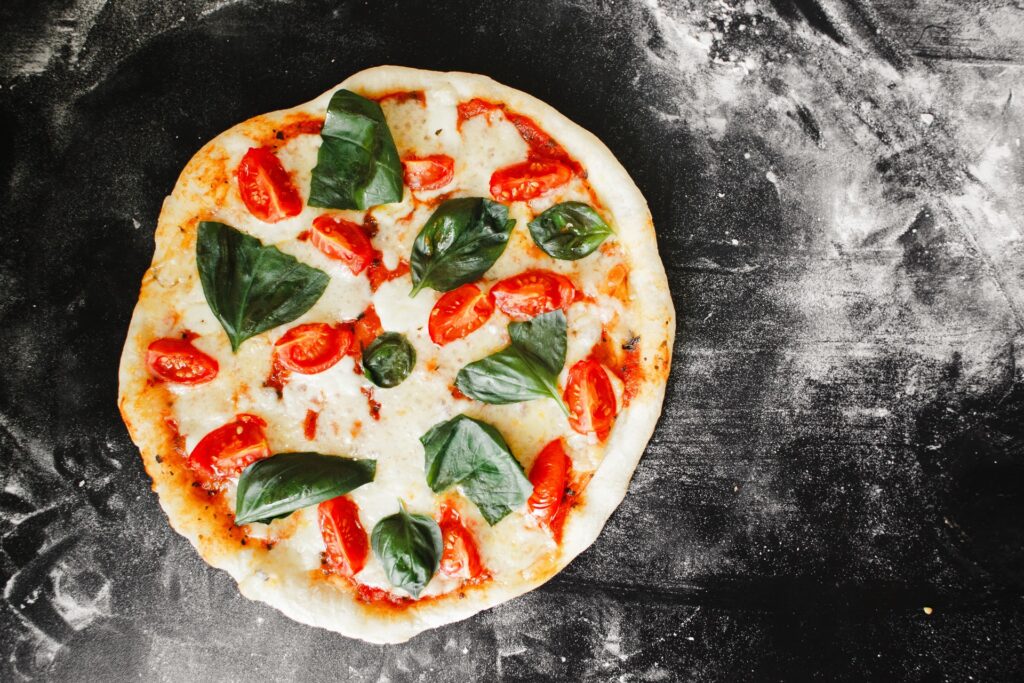 Like most foods with a history of many centuries, pizza recipes vary considerably depending on where in Italy you are. There are currently two primary approaches to pizza-making, associated with the cities of Rome and Naples, respectively, with lots of variations in between. Both styles have been around for a long time, but it’s the Neapolitan pizza that most people think of when hearing the word.

The key difference between the Neapolitan and Roman pizza is that the former boasts a relatively thick, doughy crust with characteristic charred spots on it, while the latter is made on a thin, almost cracker-like base that undergoes a lengthy fermenting process to make it easily digestible. Neither is heavy or stodgy. In fact, both are worth more than one try. Paired with the nearly infinite variety of toppings available in Italy, this gives you enough diversity to keep your passion for pizza aflame. 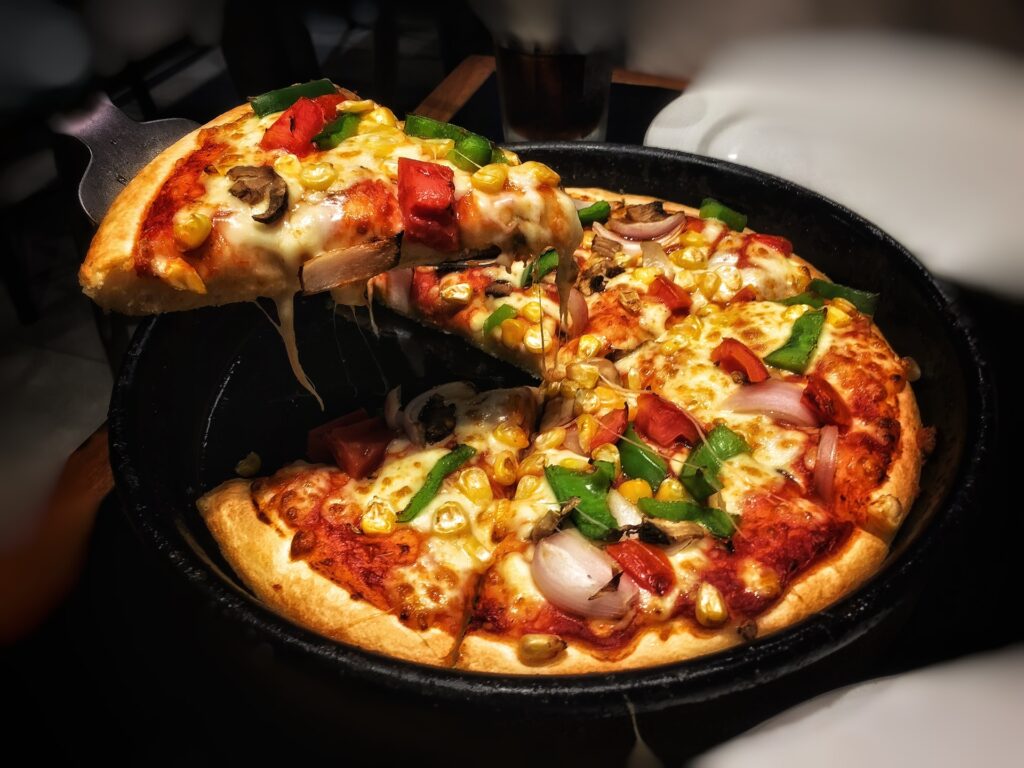 Let’s admit it: compromising on ingredients is a recipe for disaster if you are hungry for an authentic experience. When it comes to pizza, the flour is a key. The primary ingredient can differ considerably depending on where it’s made.

Italian flour generally has a lower protein content compared to common US bread varieties due to the differences in climate, although the high-protein crust is popular in certain regions. The approach to grading differs, too. In Italy, it’s the velvety smooth, bran-free ‘00’ flour that most pizzaioli use to ensure the maximum elasticity. 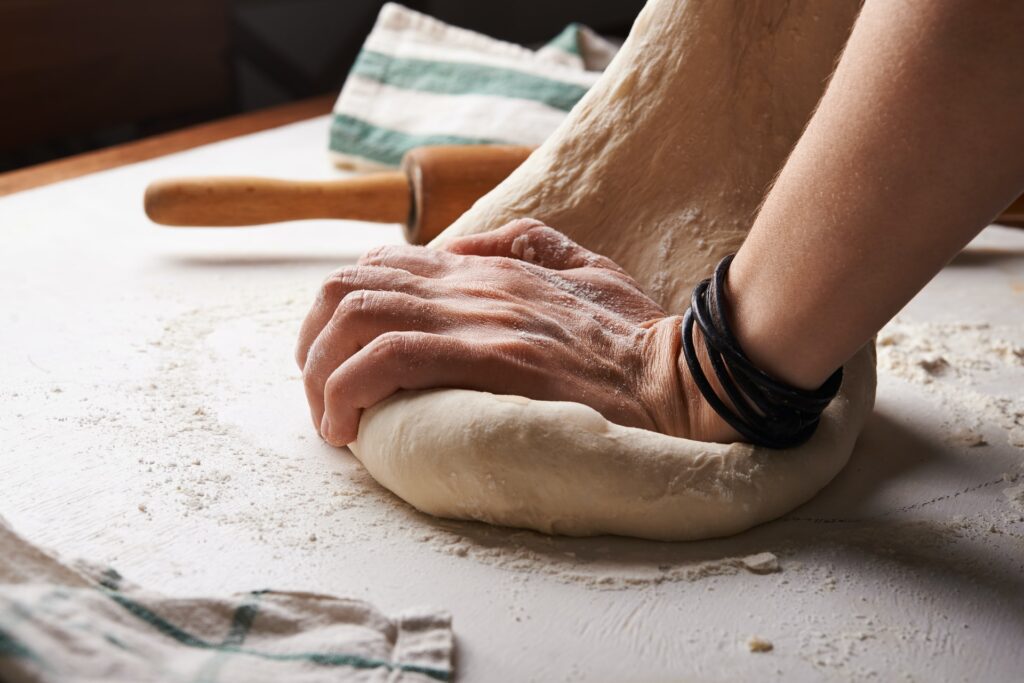 The crust is probably the most-discussed and most cried-over part of pizza among aspiring cooks and avid eaters alike. Make it too heavy, and you get a stodgy pie that has little to do with one of Italy’s most prized dishes.

Now, if you remember the variety part above, it’s no wonder that crust differs from village to village, not to mention from region to region. It never fails to please your senses, though. Thin yet fluffy and moderately chewy, there’s no resisting this steaming hot blistered perfection, all due to extra-fine flour with a protein content that’s just enough to give it the characteristic structure.

When exposed to the scorching heat of a traditional wood-fired pizza oven, the simple combination of wheat flour, yeast, salt, oil, and water finally reveals its unbeatable aroma, which makes it so much more than a base to hold the toppings.

A note for fans of deep-dish pizza: the crust style is a US invention, so don’t expect to find too many instances of it in Italy. 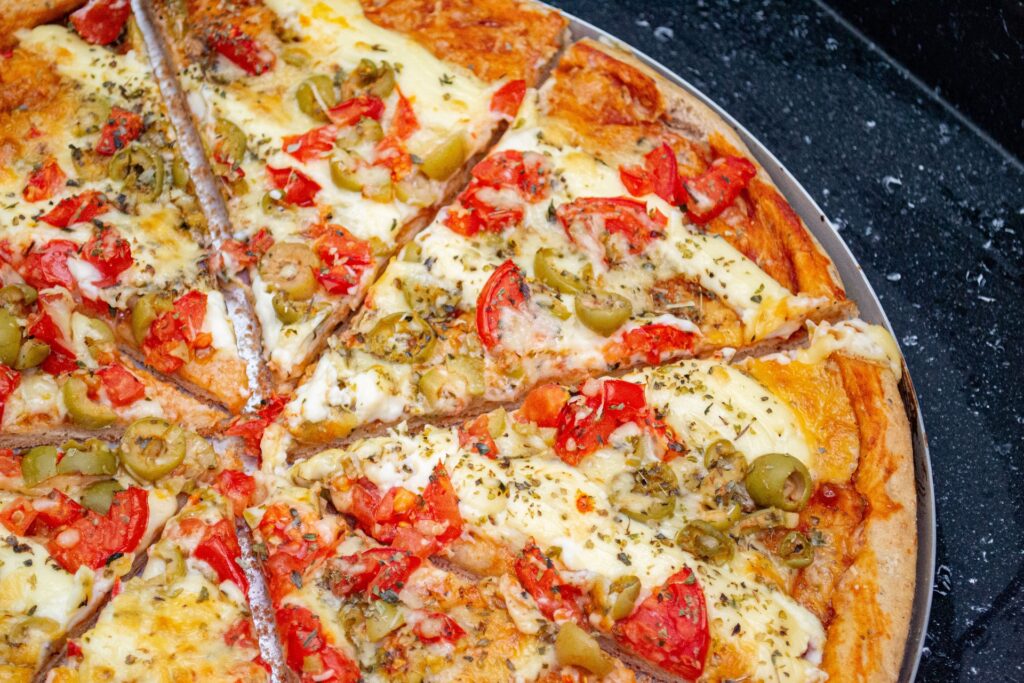 A traveler taking their first bite of Italian pizza will probably find the taste surprisingly herby. This is due to the sauce, another important factor behind the eater’s experience. Unlike in many other countries across the globe, they generally prefer uncooked tomato sauce in Italy. The key ingredient here is, obviously, tomatoes, usually locally grown and peeled, with a generous addition of carefully selected herbs.

Alternatively, there’s what Italians call pizza Bianca, or white pizza, which is a sauce-free variety that’s served with a drizzle of olive oil on top of it. Olive oil is often found sitting on the sauce, too — it’s believed to bring together the many textures and flavors that make up the impression of a pizza.

And Then, to Top It All… 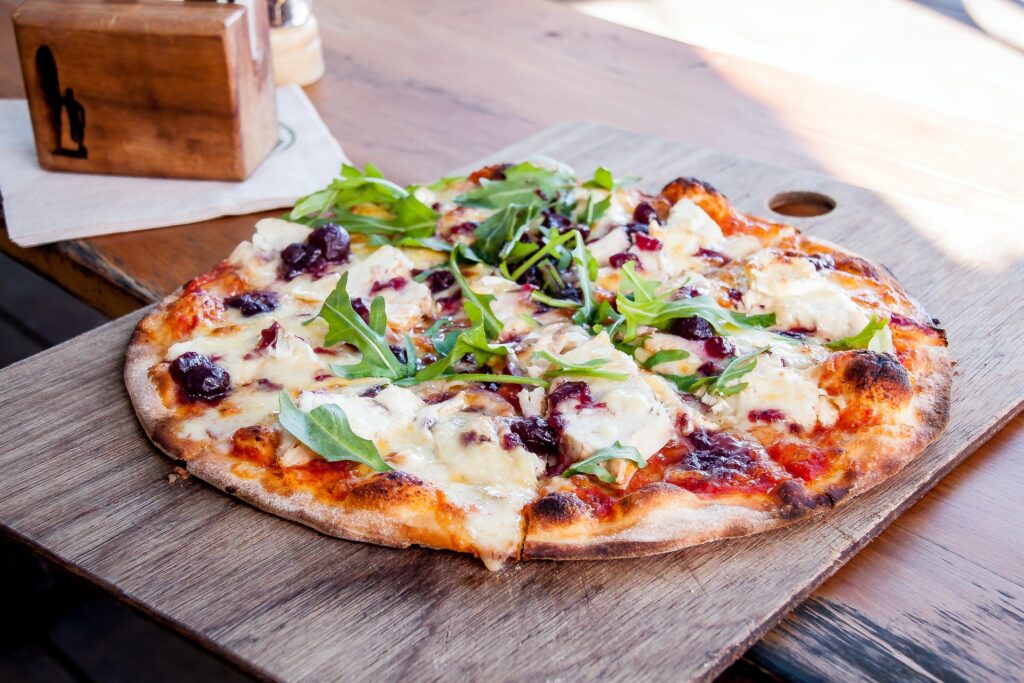 Last but not least, there’s a wide range of delicious toppings that can be found on the Italian pizza, from timeless classics such as Margherita and Quattro Formaggi to something you might find yourself not quite prepared for, like pumpkin or, say, artichokes. The joy of exploring a region’s palette of flavors is enough to win an eater’s heart. Yet, it’s not just about what they serve on their pizzas but also how they do it.

Pizza toppings tend to be bite-sized in the rest of the world, with finely grated cheese sprinkled over the meat. In Italy, however, everything is big. Expect massive slabs of prosciutto with a ton of deliciously gooey mozzarella on top of it, and don’t forget about basil, probably the most ubiquitous pizza topping that infuses the whole composition with its heady aroma.

A Meal Not to Be Missed

There are two ways in which you can enjoy a meal of pizza on your trip to Italy, and there’s nothing to prevent you from alternating both depending on your schedule. You can have a piping hot pie served to you at the restaurant. The other option is to get a piece of pizza al taglio cut off a long pre-baked pizza with a pair of scissors and consume it on the go.

If a trip to Italy isn’t on your to-do list, though, why not visit pizzaovenradar.com to find out what equipment and utensils work best for cooking chef-grade pizza at home?