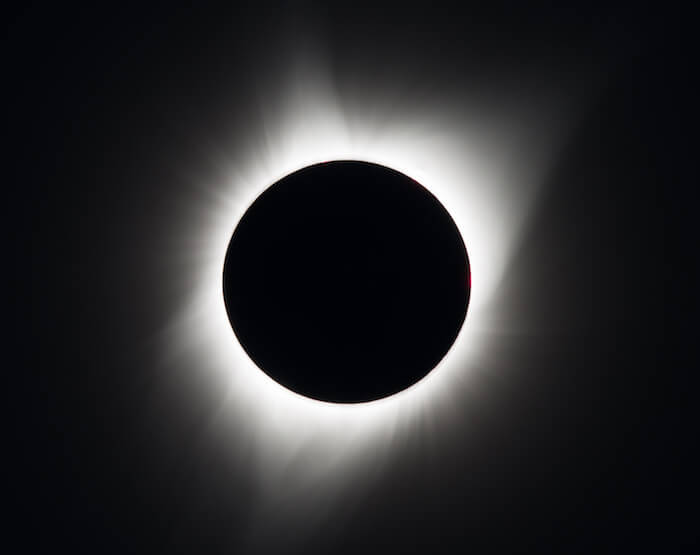 As we know that the Sun is surrounded by a mixture of gases known as Atmosphere. The corona which is the outermost part of the atmosphere is so hot that the temperature of the Sun’s corona is millions of kelvins higher than that of the surface. The corona is about 10 million times less dense than the surface of the Sun. This low density makes the corona much less bright and hundreds of times hotter than the Sun’s surface. One of the abiding mysteries surrounding the Sun is to understand how the corona gets so hot. The Sun’s surface emits almost all the visible light and is about 5800 Kelvins. The surrounding corona rises to over a million K, but the heating process has not been yet identified. Most solar physicists suspect that the process is magnetic since the strong magnetic fields at the Sun’s surface drive much of the solar weather including sunspots, coronal loops, prominences, and mass ejections. The recent discovery of atmospheric “tornadoes”—swirls of gas over a thousand kilometres in diameter above the Sun’s surface may provide some clues for it.

Image: Image of the solar corona during a total solar eclipse on Monday, August 21, 2017, above Madras, Oregon. Credit: NASA/Aubrey Gemignani

Also, NASA mission called IRIS may have provided one possible answer. The mission discovered packets of very hot material known as “heat bombs”, travelling from the Sun into the corona. In the corona, the heat bombs explode and release their energy in the form of heat. However, astronomers believe that this is only one of many ways in which the corona is heated.

Furthermore, Sun’s atmosphere is divided into three major regions: the photosphere, the chromosphere, and the corona. The photosphere is the visible bit of the Sun, what people typically thinks as the “surface.” It exhibits the behaviour of rising gas and photons from the solar interior, as well as magnetic phenomena such as sunspots. The chromosphere is far less dense but comparatively hotter. The corona, which is still hotter and less dense makes an amorphous cloud around the sphere of the Sun. The chromosphere and corona are not seen without special equipment except during total solar eclipses, but they can be studied with dedicated solar observatories.
In order to tackle the problem of the super-hot corona, the researchers focused their attention on the chromosphere. They measured the motion of various elements in the Sun’s atmosphere i.e.e iron, calcium, and helium through the Doppler effect. These different gases all exhibited vortex behaviour as aligned with the same spot on the photosphere.

The researchers identified 14 vortices during a single 55-minute observing run, which lasted for an average of about 13 minutes. On the basis of these statistics, they determined the Sun should have at least 11,000 vortices on its surface at any given time, at least during periods of low sunspot activity. Wedemeyer-Bohm and colleagues identified the vortices using NASA’s Solar Dynamics Observatory (SDO) spacecraft and the Swedish Solar Telescope (SST).

Comparing these observations to computer simulations, the researchers determined the vortices could be produced by a magnetic vortex exerting pressure on the gas in the atmosphere, accelerating it along with a spiral trajectory up into the corona. This acceleration could bring about the high temperatures incredibly observed in the Sun’s outer atmosphere.