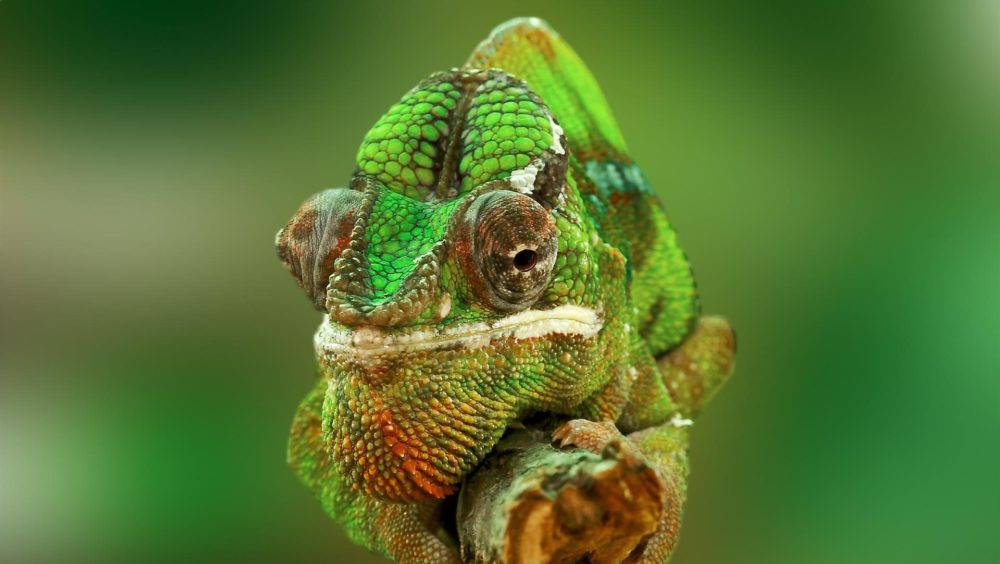 One of the color changing animals, Chameleons is a type of lizard around 160 species can be seen throughout the world, however, mostly seen in Madagascar located in Africa, South Asia, Sri Lanka and southern Europe, however, most of them are endangered because of habitat loss and destruction. The animal species is small in size and smallest known Chameleon is Brookesia Micra that measures around 0.6 inches in length and the biggest known Chameleon named is Furcifer outlet which is around 30 inches in length. It loves to thrive in the forest and move around trees which are known as arboreal locomotion.

The best-known ability of the species is to change the color of their skin. Let me tell you, Why Chameleons Change Color?, It is believed that the chameleons change colour as a result of the mood change mostly when they are angry or aggressive and due to moisture, light & temperature factors. There are cells which are equipped with certain pigment used for colour change are called chromatophores. Also, for a long period of time, it is believed that the chameleons change colors similar to octopuses switch shades, howvever, in case of Chameleons, there are other factors that are responsible. It is also one of the shortest living animals in the world.

Also Read:10 Most Colorful Animals In The World