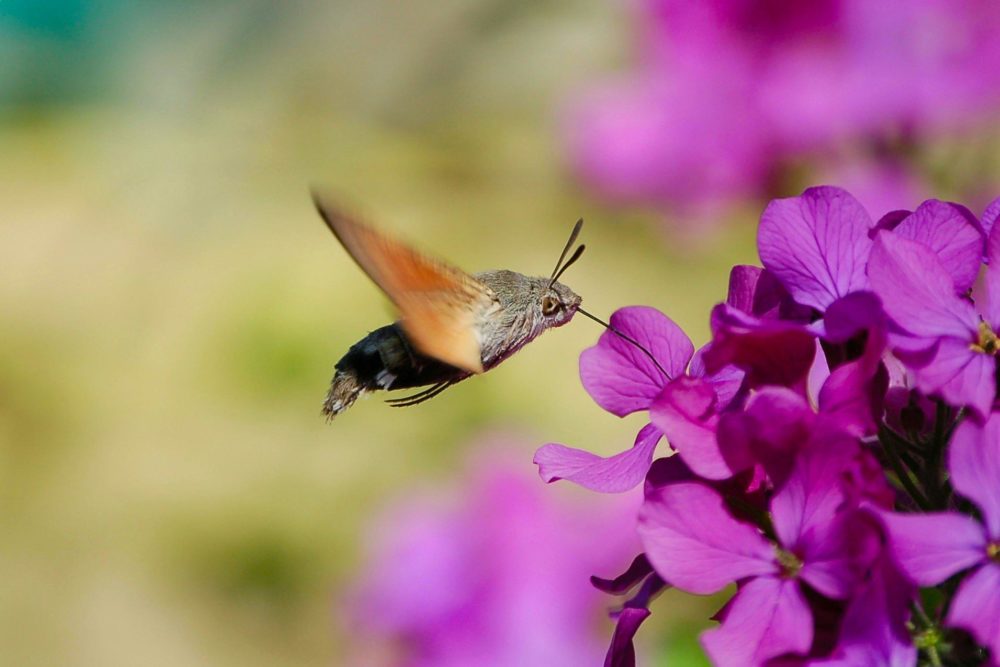 ‘Like a moth to a flame’ is extremely popular ever since legendary writer Shakespeare used it in his famous play ‘The Merchant Of Venice’. Nobody really knows why a moth is attracted to a flame and there are so many theories that it is difficult to believe one. Anyway, coming to the subject in hand, moths are considered as pests whose larvae eat clothing material. If you consider moths boring and a drudge, think again! Here is a list of the top ten weirdest moth species from across the globe.

Native to Southeast Asia, the Brahmin moth has a wingspan that can reach up to 20 cm in length. It has big and blunt wings that display an array of patterns and colors-stripes, dots and circles. Considered to be one of the weirdest moth species all over the world, the caterpillar of this moth species is even more terrifying and weird. 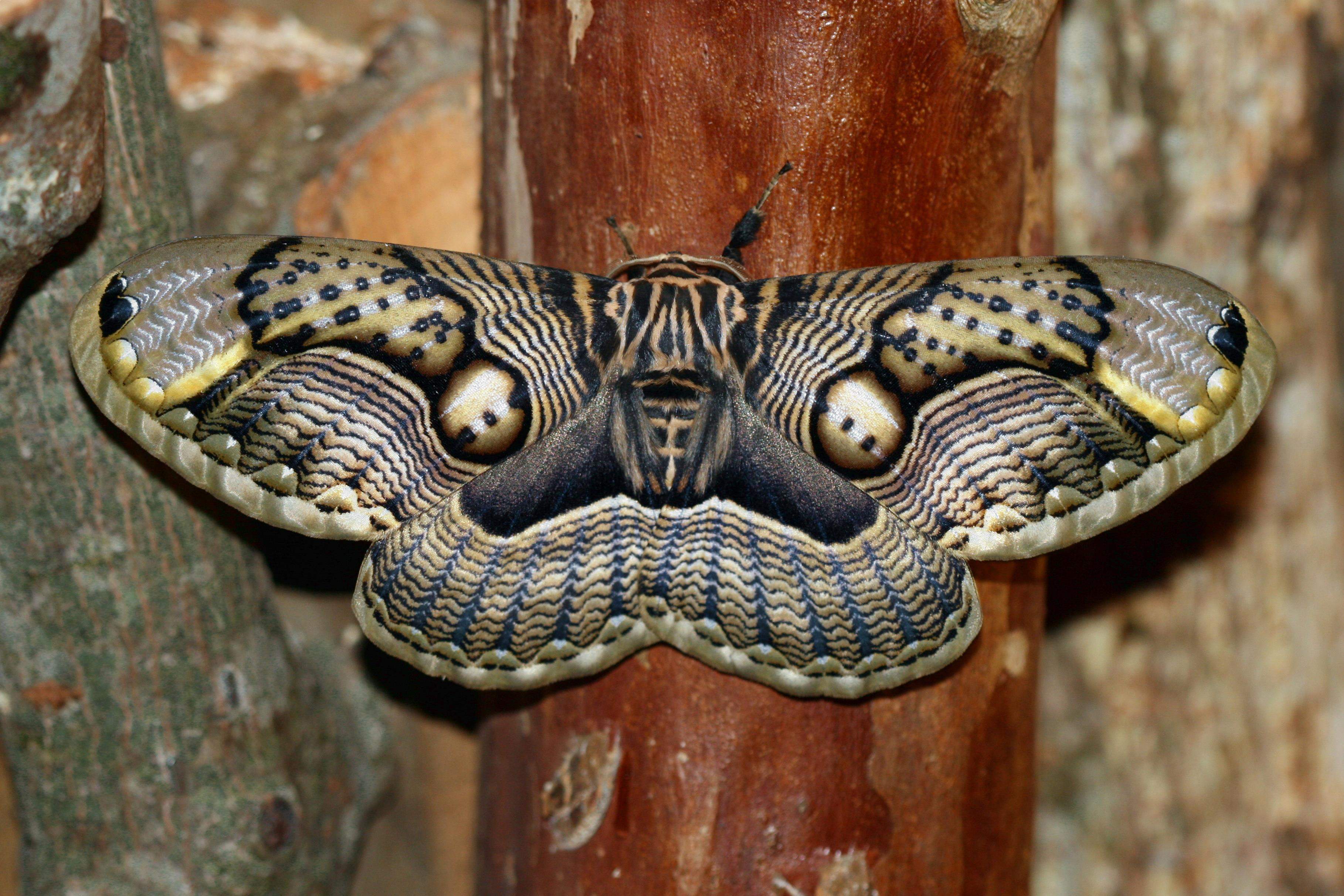 The Vampire moth may not look all weird and not that scary too but how it looks is not the reason why it takes second place on this list. This is a moth native to Japan, Korea, China as well as Malaysia. You can guess from its name what this moth does, yes, it DRINKS BLOOD! It has the capacity to pierce the skin and suck blood from animals, and humans as well. If that does not sound weird enough, these moth species can even suck tears from the eyelids of cattle! 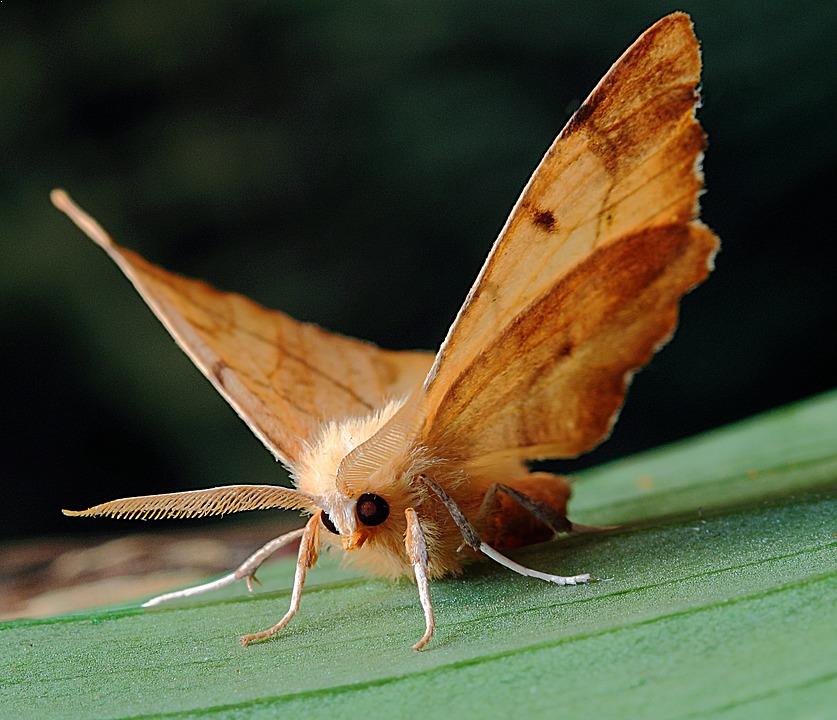 The Atlas moth is considered as the world’s largest moth by the total wing surface area. This moth does all its eating during its larvae stage and does not even have a mouth to consume anything when it is an adult, which means it does not eat anything during its one or two-week lifespan. So, it is difficult to imagine being so big and not eating anything at all. This moth’s cocoon is so big that it is even used to make purses and even ankle rattles.  Also, read about beautiful butterflies in the world. 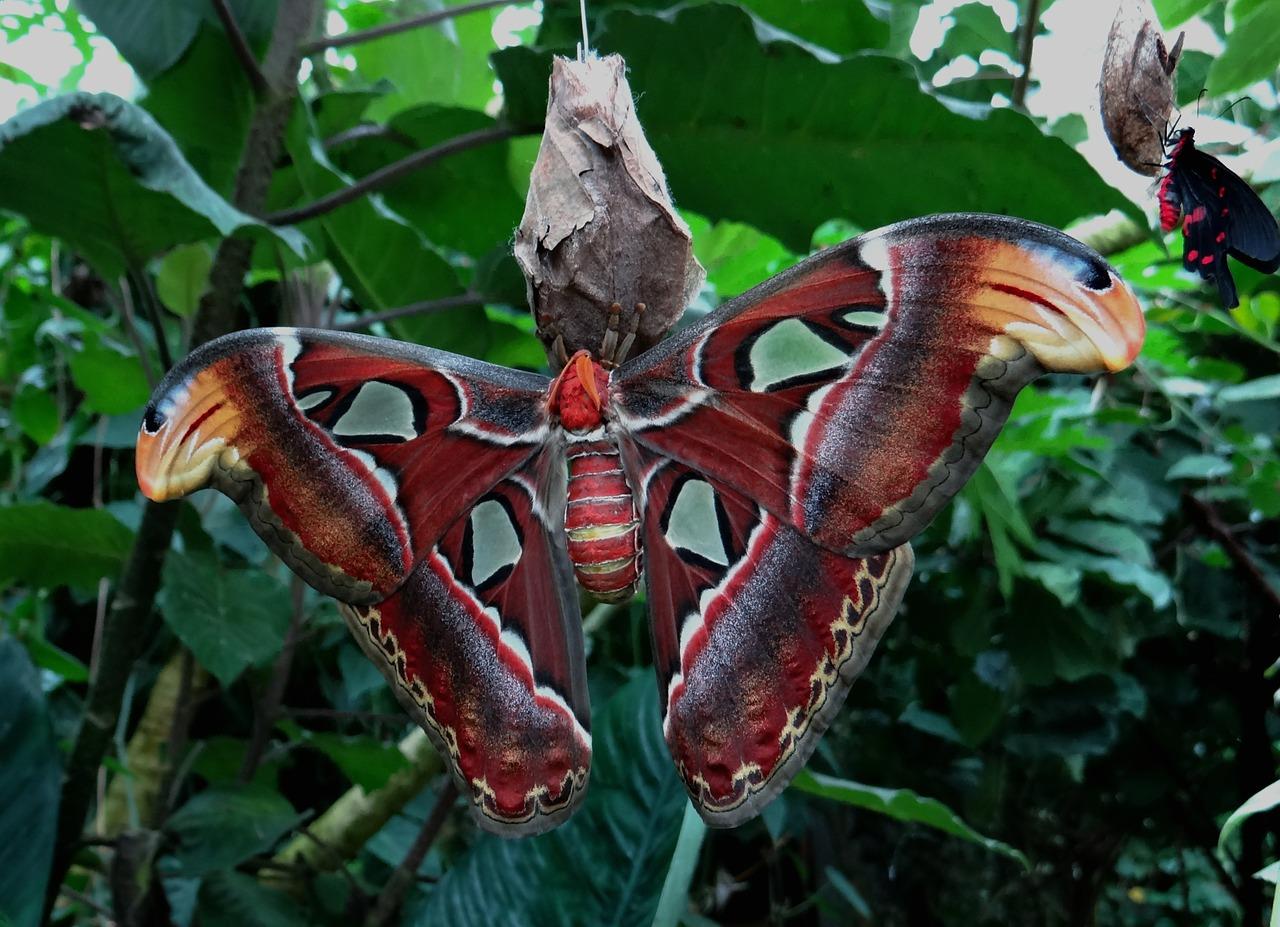 If you think only the name is weird, you are so wrong. Creatonotos is found in South Asia and some parts of Australia. You might think it looks beautiful, but it is really weird too with respect to how it looks. It has four furry feather-like appendages at the tip of its abdomen called core math which is responsible for producing pheromones that attract the opposite sex. They feed on the toxic substances and residues left out by the plants. 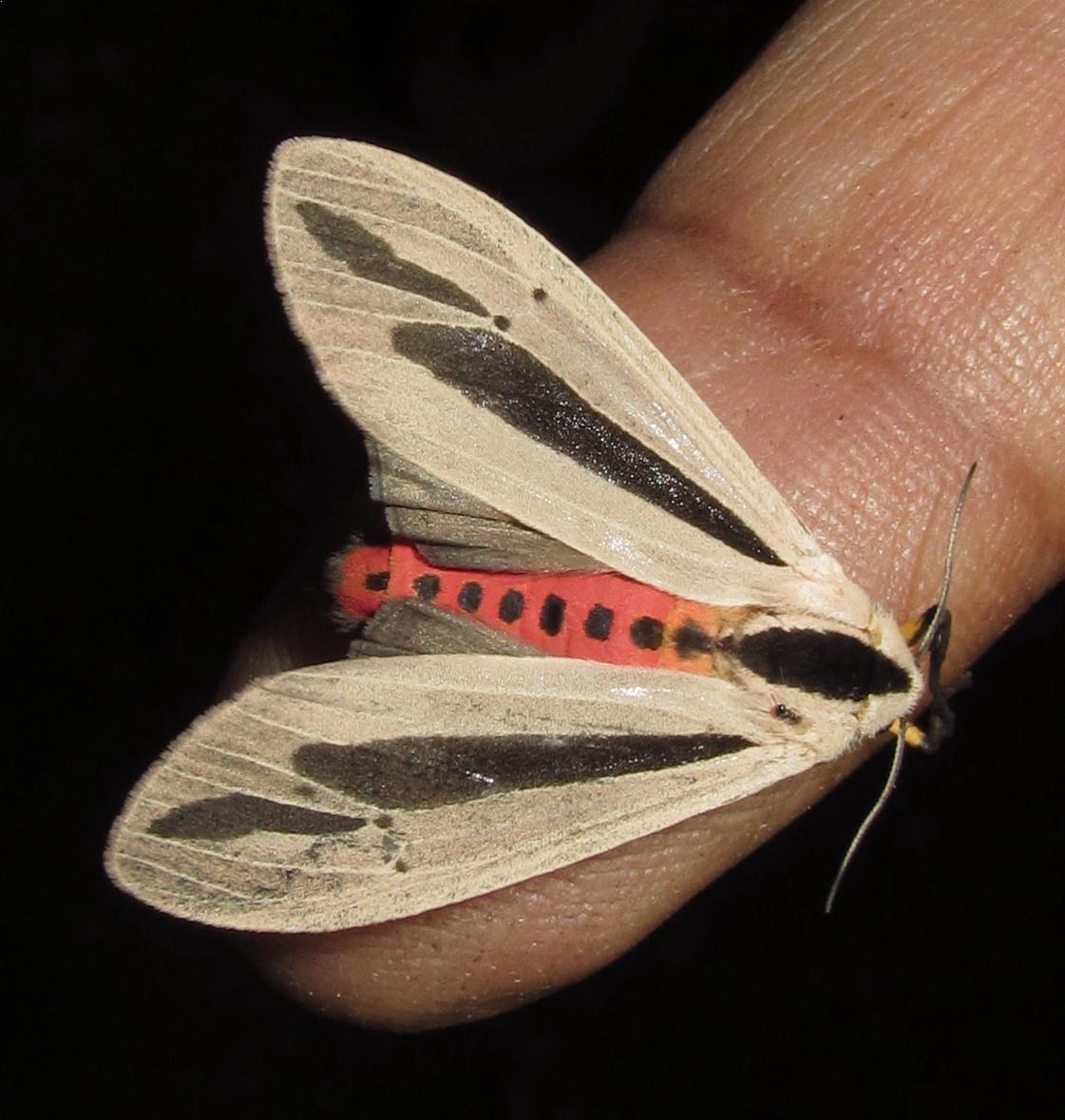 As the name suggests, it has a skull-like mark on its back. Earlier, people considered this insect as a bad omen and given its unusual markings combined with the skull mark, you cannot really blame them. But the caterpillars of this moth species are splendid as they come in bright yellow or bright green colors. This moth looks pretty weird and when they are threatened or intimidated they squeak loudly but cause no harm what so ever. A species of the Death’s head hawkmoth called A. Atropos is probably the most popular and it is also on the cover of the famous thriller movie The Silence Of The Lambs.

This species of moth is pretty beautiful and probably one of the most easily recognizable. They have many predators and due to this they are almost motionless during the day and are only active at night times. But they have another defense mechanism: when they feel they are threatened, the Io moth spreads opens its wings to reveal a startling eyespot mark which most of the time scares away its predators. 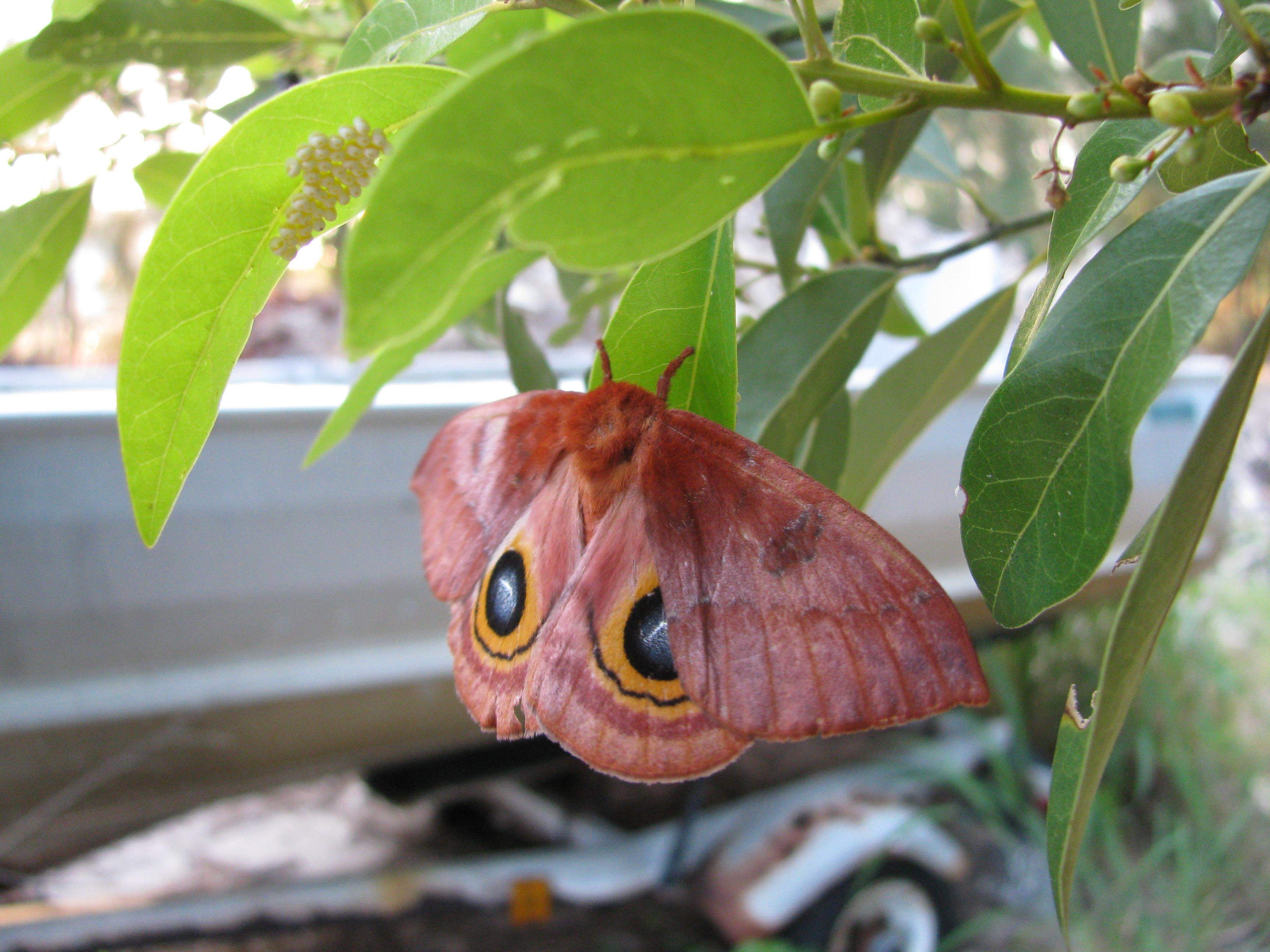 The poplar hawk-moth is pretty odd looking, not only because of its dull black complexion but also because of its weirdly shaped wings. The wings are irregularly shaped almost like dry leaves and this helps them in camouflage when it is in its host plant, the poplar. Another weird aspect about this moth is that when it feels it’s threatened by a predator, it displays a startling bright-orange color on the underside of its wing as a distraction- and will escape within a flash of a second. 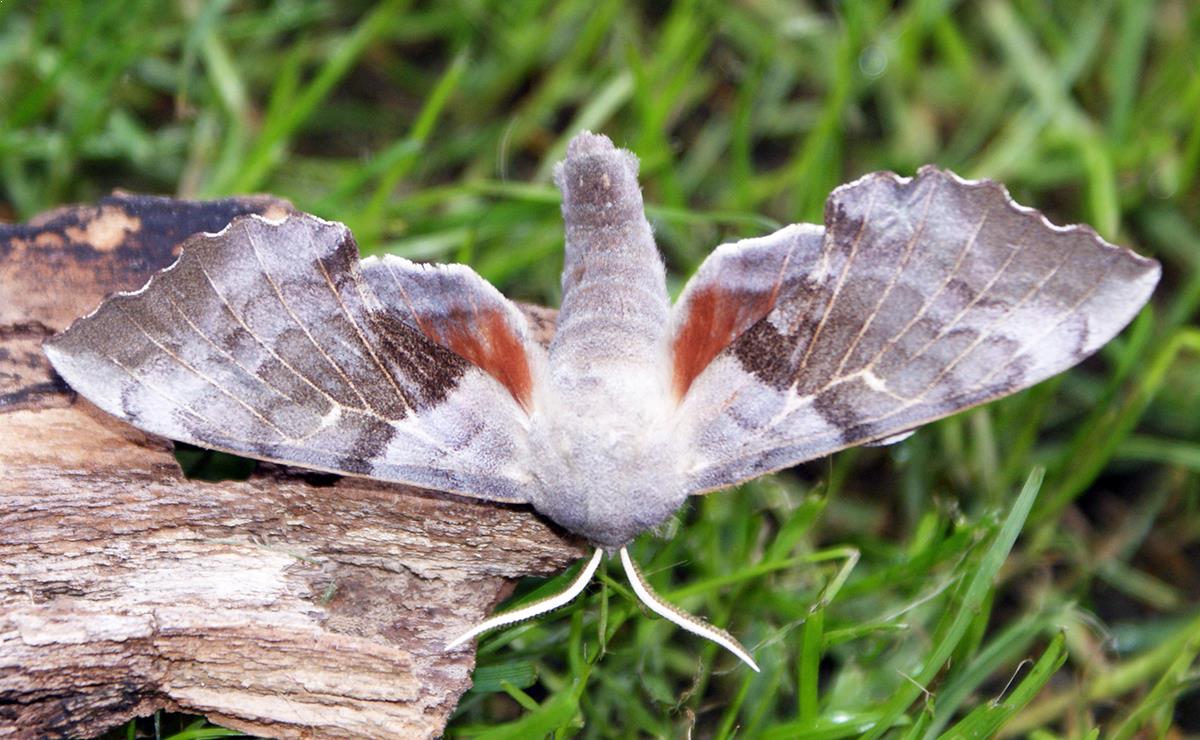 This moth might not totally be weird but it is definitely different when compared to other moth species. Most moths have dull and uninteresting colours, but it is not the same with the gorgeous Luna moth. It has large, lustrous lime-green wings with a small little ‘tail’ at its back. Just like the Atlas moth, they do not have a mouth and hence they consume no food. They live only for about a week and their only purpose is mating. 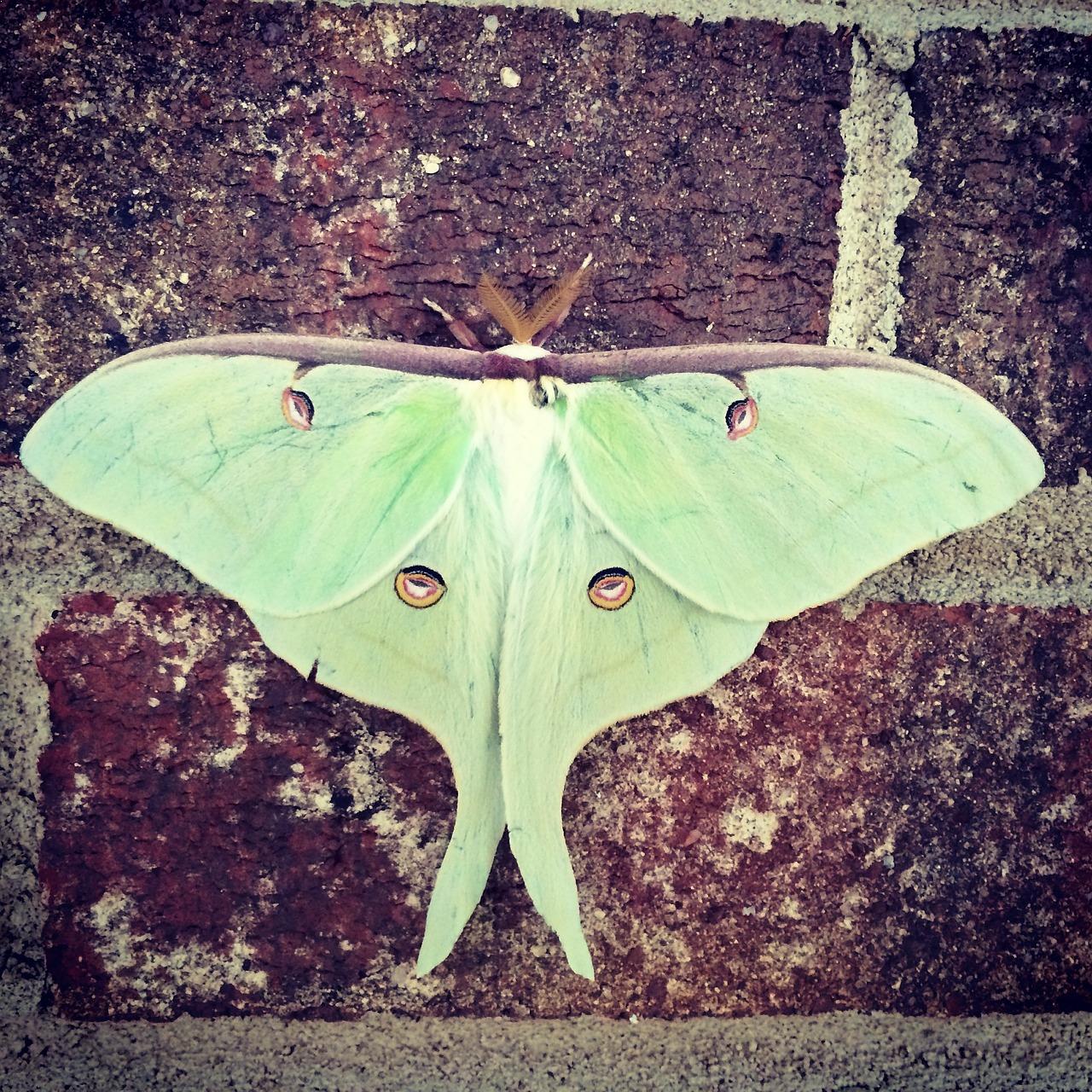 All the four different species of the Hummingbird Hawkmoth is found in North America. This moth is considered weird solely because it does not behave like a moth and as the name suggests it looks like a hummingbird. If you think it only looks like one, you are most definitely wrong. It hums when it flies, wandering from flower to flower and even feeding on them, particularly the adult moths as they love the nectar-rich flowers. These moths are absolutely harmless and the only threat they might pose is if they come in large numbers and leave undesirable effects on the flowers in your garden. 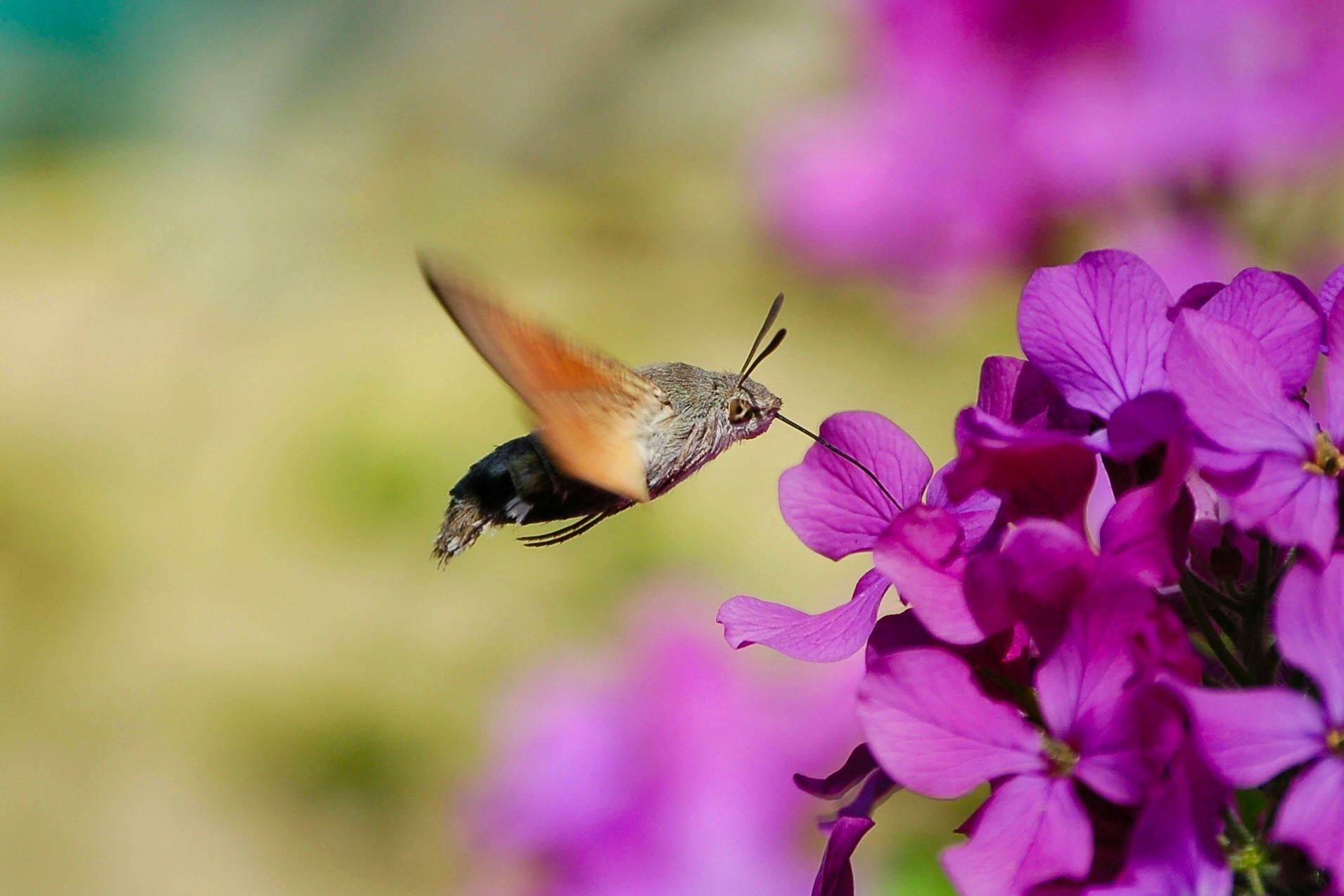 The Hornet moth is actually a great example of mimicry and that is the sole reason why it makes the top ten list of the weirdest moth species. As the name implies, the Hornet moth or the Hornet Clearwing has an absolute resemblance to a hornet. These moth species are totally harmless and pose no threat to anybody. Another interesting fact about the Hornet moths is that they are as large as a real hornet and even produce the same jerky flight pattern when they are disturbed. 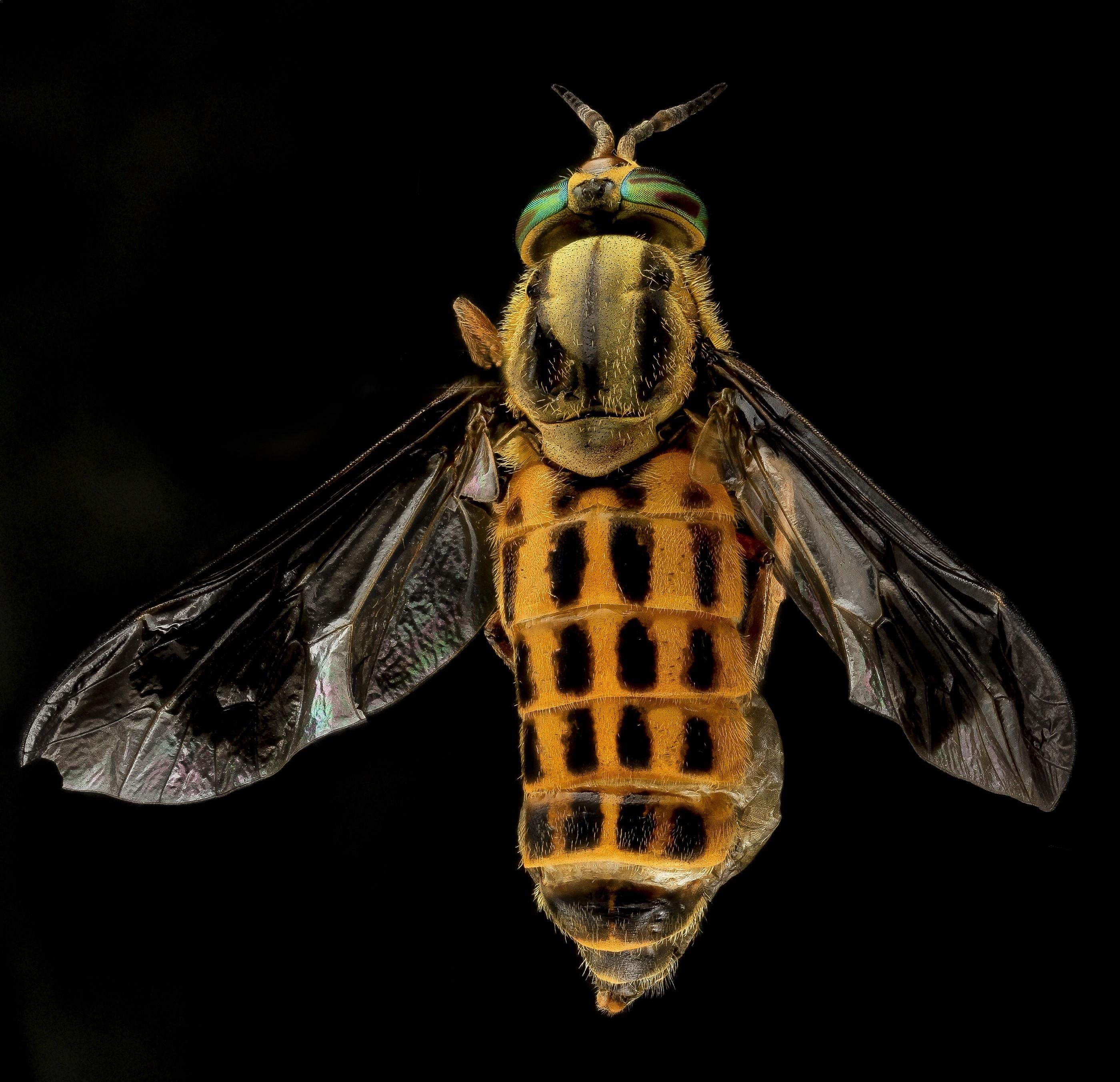 So, these are the top 10 list of the weirdest moth species from across the globe. If you think there are other species which are even weirder or possess the X-factor in them, please let us know in the comment section.