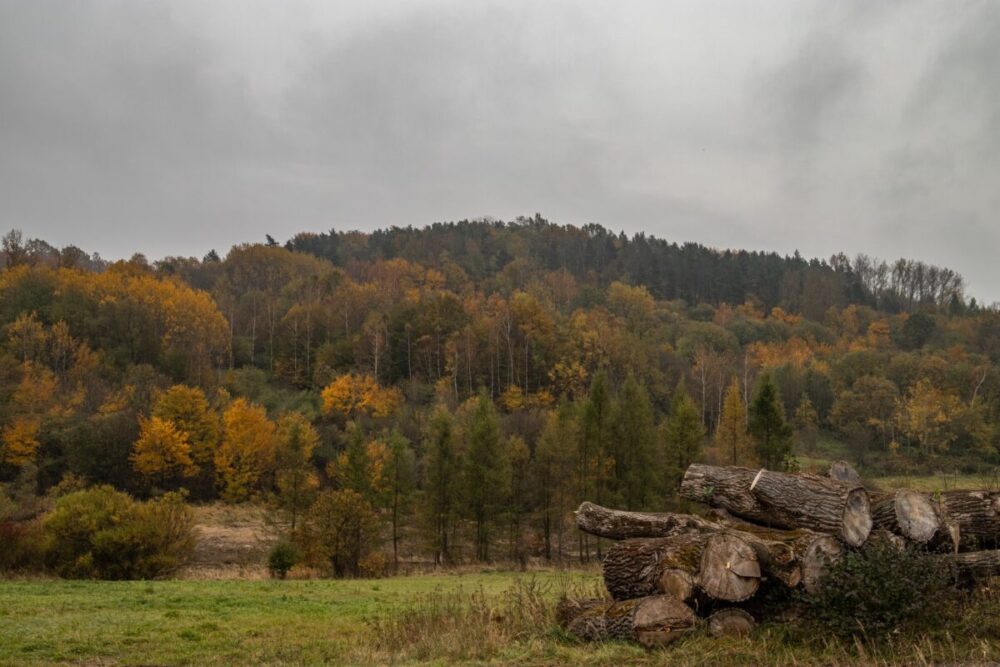 A lot of people are getting to know Krakow, but few are aware of the great sights around it. One of such places is the Ojcow National Park- just 30mins drive from Krakow.

People often remark that on a motorway journey from, say, Katowice to Krakow (about 60 miles) that Poland is a dull, flat part of the European Plain and not worth a second glance. I reckon that a foreign visitor, strapped into his seat on the M4, destination Swansea, might make the same kind of remark about Britain!

That traveller would be blissfully unaware of the delights of rural Berkshire as he sees the industrial parts of such places as Maidenhead and Reading and would never be aware of the Kennet river and its sleepy small-town secrets. He’d never guess at the interests of Wiltshire, with Stonehenge and traditional villages by the score as he’s swept along the M4 corridor. Passing towards Gloucestershire, he’d be oblivious to the Cotswolds and Forest of Dean. After crossing the Severn Bridge, he could never imagine the delights of the Wye Valley and Monmouthshire, yet these treasures are just a short drive away from the road he’s glued to. And so it is with Poland.

Poland has more than its fair share of brutal and nasty history and Krakow is one of the few Polish cities that survived the lunacy of her German neighbours.

Polanski’s “The Pianist” shows a vivid and entirely realistic portrait of the total destruction of Warsaw. The town was destroyed with typical Teutonic efficiency, on a street by street basis, in pursuance of Hitler’s orders. The “Old Market Place” in Warsaw, dates back to the 1950s and is a faithful reconstruction based on photographs and local knowledge. Spielberg’s “Schindlers List” is another monumental film with an accurate depiction of what took place, but this time in Krakow, albeit with an unwelcome dose of sentimentality avoided by the more serious Polanski.
Sadly, and with extreme cynicism, the huge Soviet army, having formed an arc around the eastern side of the city of Warsaw, simply watched the wretched attempt at resistance without firing a single shot in support of their ally, Poland.

The Russians were the victors in waiting who permitted this Nazi slaughter of the inhabitants of the capital, thus avoiding the effort of subduing those people themselves. The efforts of British and American forces were equally as bad, being confined to some half-hearted air-drops of supplies which landed among the grateful German forces. They were probably pleased with the windfall and dined well on rations intended for different mouths.

So why our intrepid visitor might ask, has Poland been such a monumental focus for innumerable brutal invasions and the interminable introspection and atrophy of the Stalinist years? The primary answer lies in Poland’s centrality within Europe, what John Tremayne described as “The Mighty Continent” in his 1970s book of that name. Other reasons lie in the wonderful physical attributes of this country and the envy of surrounding states, some valuing the huge agricultural potential, others its cultural heritage. The one thing they had in common, however, was their insatiable lust for somebody else’s homeland.

Another unpalatable element is that external powers, above all the Russians, Americans and British, have historically regarded Poland as no more than a challenged, sacrificial pawn in a loaded chess game. Sad, but very true!

So, on a lighter and less historical note, what are these amazing places that are hidden away from the motorway traveller? The first that you will hear about is the Ojcowski National Park. The traveller, following the main road between Olkusz and Krakow, might notice a rather long row of trees to his left. It looks like a long row of trees but this is the margin of something that hides one of the region’s greatest treasures. It’s about 9 miles from Krakow.
This is a kind of tree wall that hides a deep gorge and a stupendously beautiful and under-exploited valley.

You are not allowed to drive there so you have to leave you cars at the rim of the valley and then stretch your legs. You face a downhill walk of about 1.5 miles surrounded by the biggest and wildest beech trees imaginable. The underlying rock strata are Jurassic limestone, so the soft fascia rock has been riven into numerous mini-gorges that drain into the main river, a long way below. 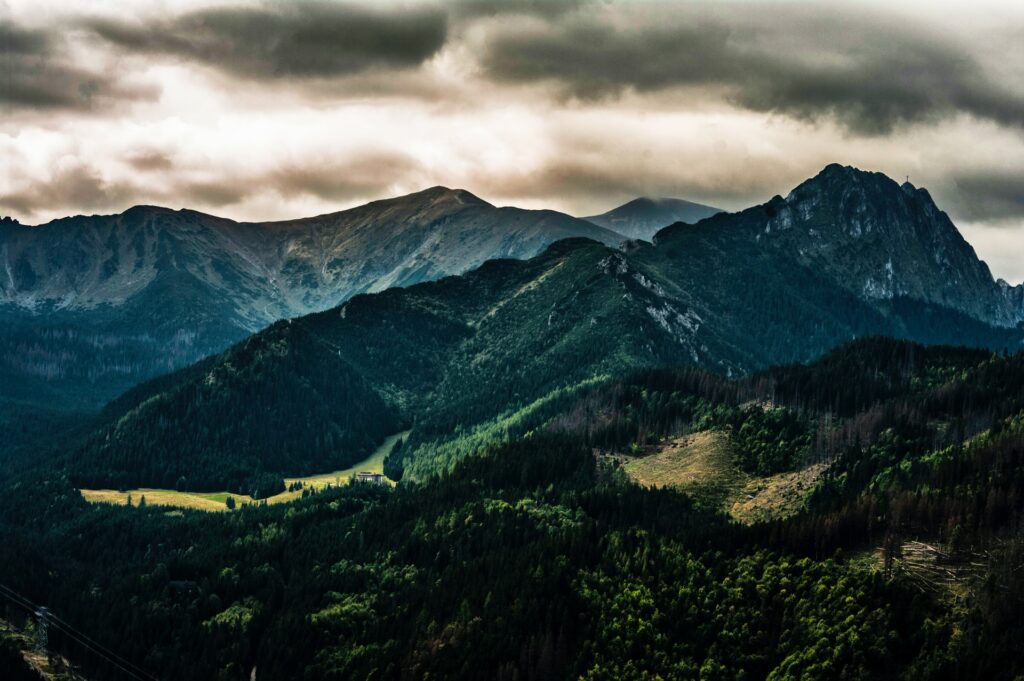 The pedestrian road you walk along is of the old-fashioned cobbled variety and the observer will be in no doubt as to the effort that the builders put in. Each stone, and there must be a million of them, was laid individually, levelled and has survived to this day. The pavoirs that adorn UK supermarkets? I doubt their own longevity since they tend to be destroyed by the first hard frost that comes along!

This road opens on to vistas that are breathtaking – huge limestone pinnacles and cave-mouths perched above hundreds of feet of freefall! During the long summer months, they hide under the leafy canopy, in autumn they appear somewhat shyly, but during a good, hard winter, they gape threateningly at anyone that passes by.

When you come to the valley bottom, you arrive in a different world. You can turn either left or right, but the first option is probably the best. This takes the walker to the castle at Ojcow – ancient and beautiful.

The valley is also the home of some interesting caves with, believe it or not, some quite unique species of bat! There are also some ancient caves where a persecuted member of the Polish royalty kept a low profile for 6 long, and doubtlessly boring, months. There are also some spectacular locations for speleologists! Also once in Ojcow you instead of traditional walking tour, you can opt for an off-roading trip (it’s best to book it via specialised Krakow stag do companies such as e.g; Party Krakow, which are activity experts, and not only for stag or hen groups)
I’ve written extensively about this natural marvel elsewhere and have no inclination to bore the few readers that I might have!