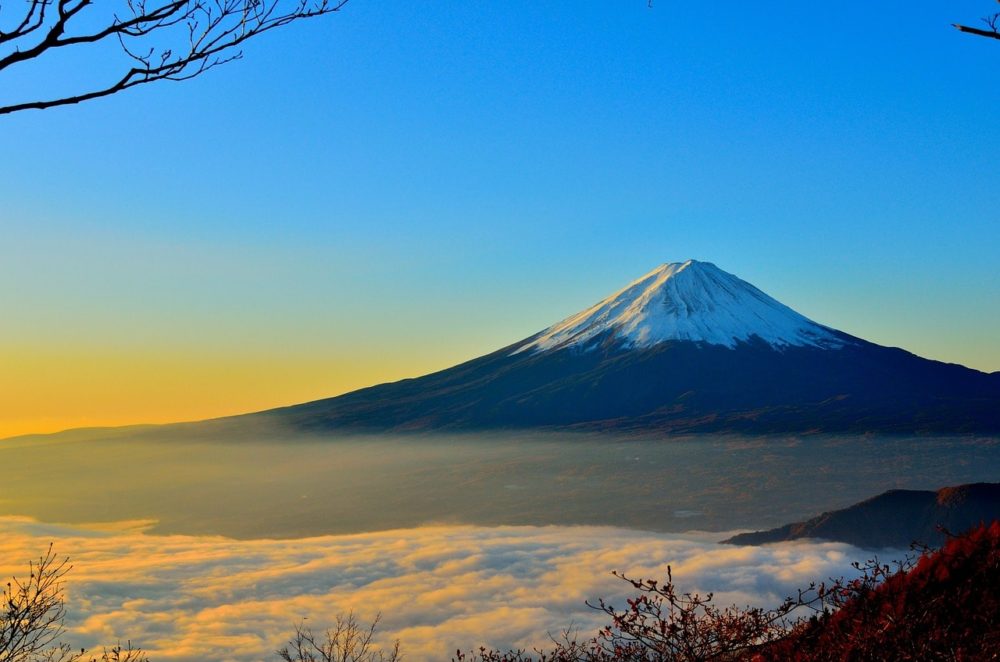 Japan is not only the home to the land of Rising Sun, but it is a destination of cultural and historical traditions dating back to many centuries. The enchanting country of Japan is built on a region aptly known as the Ring of Fire, that is made up of more than 6000 Islands and also encompasses volcanic lines. In fact, Japan is known as the country of notorious earthquakes and volcanic activities. This makes Japan home to more than 108 active volcanoes. Here is a list of top 5 most famous volcanoes in Japan.

Mount Fuji is one of the active volcanoes located on Honshu, about 100 kilometres to the southwest of Tokyo. Commonly called as Fuji-san, it is the tallest peak in Japan that stands at 3,776 meters high above the sea level. Also, it is the 2nd-highest peak of Volcano in Asia, and the 7th-highest peak of a volcano in the world. It is considered as one the 3rd sacred mountains of Japan, just after Mount Tate and Mount Haku. This active stratovolcano was last erupted in 1707–1708. The eruption was so dangerous that it altered the profile of the peak and caused burning cinders to rain down on towns which were at the base of the mountain, while Tokyo was blanketed in ash. But, after that eruption mountain has been dormant. Moreover, The Mount Fuji’s exceptionally symmetrical cone that remains snow-capped for about 5 months in a year, is a well-known symbol of Japan. Also, Mount Fuji is depicted in many arts and photographs and is also well visited by many sightseers and climbers. It is also a Special Place of Scenic Beauty which was designated as World Heritage List in 2013.

Related: Top 10 Most Famous Volcanoes in the World 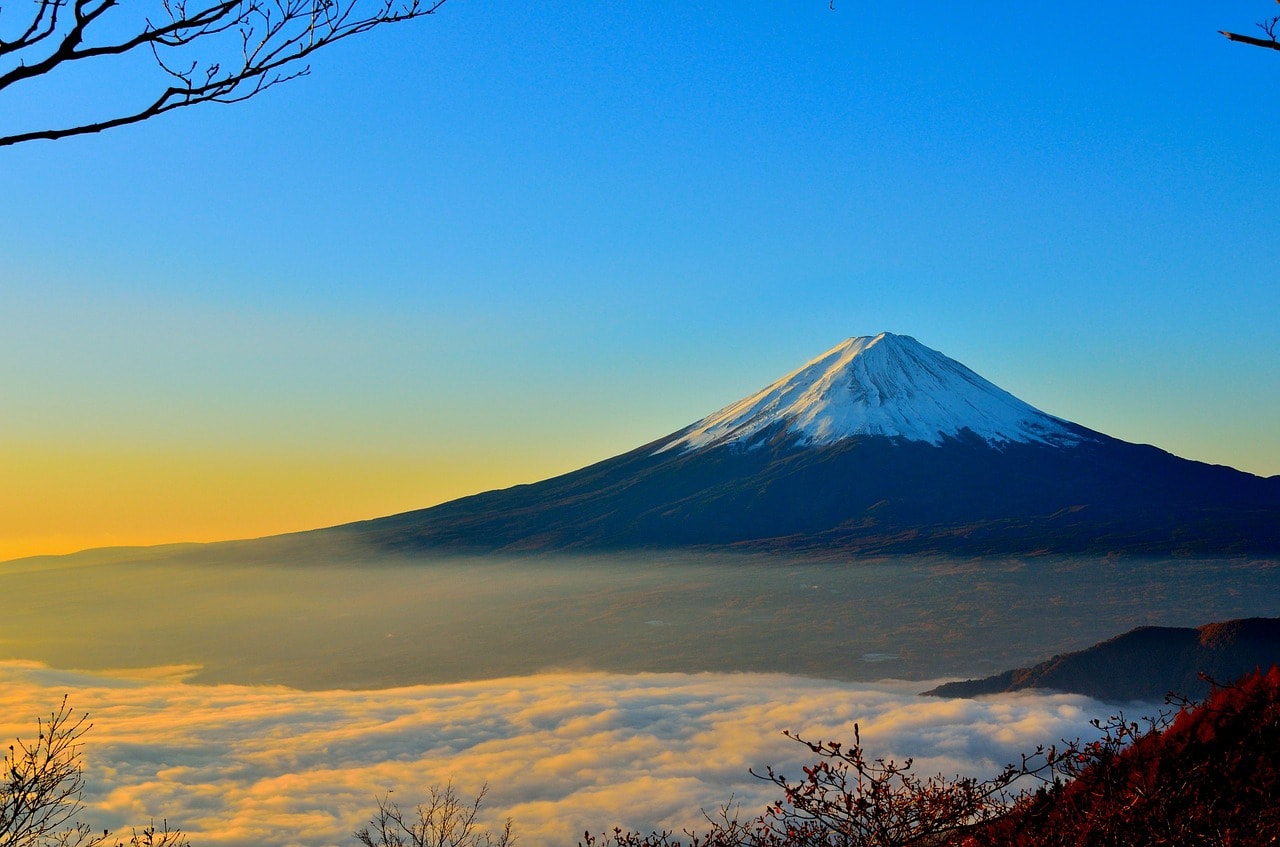 Mount Unzen is a group of composite volcanoes, the highest of which is Mount Fugen, located at an elevation of about 4,462 feet above the sea level. Mount Unzen underwent a drastic eruption in 1792 that killed as many as 15,000 people. In fact, it was probably the most deadly destruction in Japan’s history. Mount Unzen is located on a Peninsula to the east of Nagasaki. Mount Unzen has been known as the most lethal of all volcanoes in Japan that has recorded several violent eruptions with many casualties. However, it is also a popular tourist destination due to the hot springs on its southwest side. Unzen has calmed down for several but it erupted in 1990 followed by many intermittent eruptions. Also, in 1991, a group of journalists and scientists ventured into the danger zone of the mountain where the mountain violently erupted and kills them all. The latest eruption was ended in 1995 and since the mountain is dormant. Unzen is also now considered a part of Unzen-Amakusa National Park that has now become a popular destination to attract visitors from all around the world. 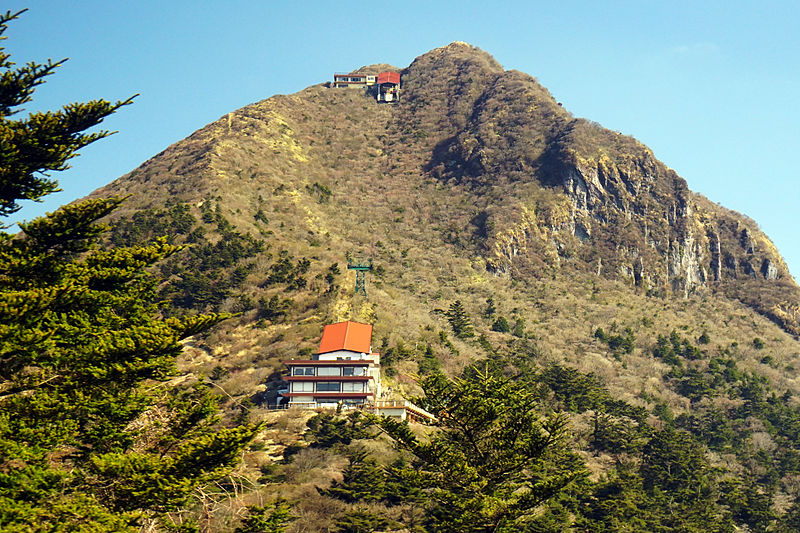 Mount Aso is located in Kyushu’s Kumamoto prefecture. It is an active volcano with one of the largest caldera in the world with a circumference of around 120 km. Also, it is the largest active volcano in Japan and is among the largest in the world. It stands majestically in Aso Kuju National Park on an island of Kyushu at an elevation of about 1,592 metres above the sea level. The central cone group of Aso consists of five peaks namely, Mt. Neko, Mt. Taka, Mt. Naka, Mt. Eboshi, and Mt. Kishima. The highest point is the summit of Mt. Taka, which is located at 1592 metres above sea level. The present Aso caldera was formed as a result of four huge caldera eruptions that occurred about 90,000–300,000 years ago. The caldera also encompasses the city of Aso as well as Aso Takamori-cho and South Aso-mura which has been designated a place of scenic beauty, or natural monument. According to a study, Mount Aso has produced more explosive eruptions than any other volcano in the world that largely consists of basaltic-andesite ash emission with strombolian style magmatic activity.

Related: 5 Most Beautiful Castles in Japan 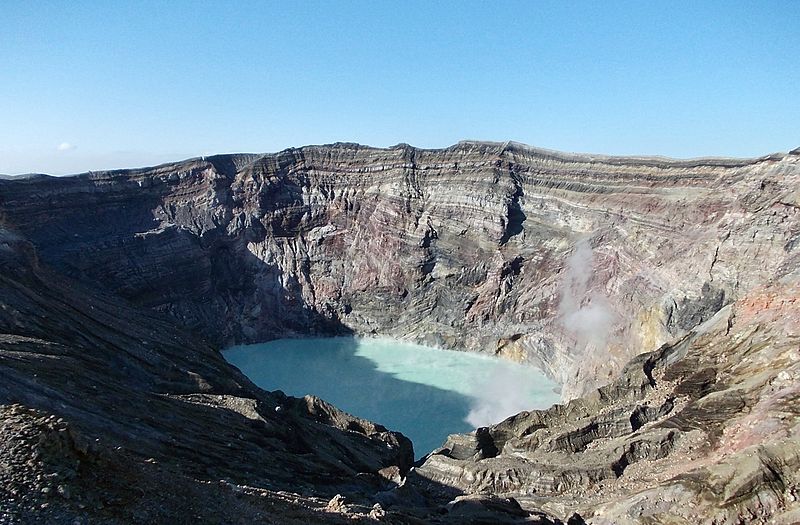 Mount Kirishima is a 1700 meter high active volcano group located in Kagoshima Prefecture and Miyazaki Prefecture, Kyushu, Japan. The highest peak is Karakuni-dake and other peaks include Takachiho-no-mine and Shinmoedake, both of which are active volcanoes. It has recorded numerous eruptions since 742. But the very strong eruptions have happened in the year 788, 1716 and1717. Mount Kirishima is a part of Kirishima Yaku National Park and is also considered as one of the 100 Famous Japanese Mountains. The area is often foggy, and it is believed that the name Kirishima comes from the mountain looking like an island in the fog. The latest eruption of one of the Mount Kirishima volcanoes happened in April 2018. However, one of the five volcanoes, Mount Nakadake, is still active and is the main attraction of the area, but when the volcano spews gases, the entire area is shut down. But Other peaks are still popular destinations as well. 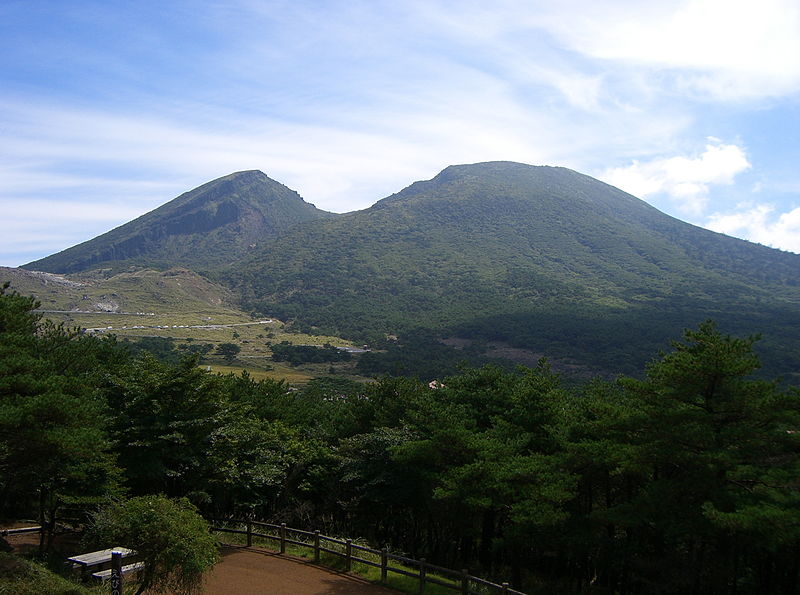 One of the remarkable volcanoes in Japan, Oshima-Oshima is the most dormant volcano in Japan that last erupted in 1741 killing more than 1500 people. Today, it forms a small uninhabited 4 km wide island, 55 km to the west of the Southwestern tip of Hokkaido in northern Japan. It is a basalt-andesite stratovolcano with a relative height of approximately 2300 metres above the sea level. It is one of the most active volcanoes in the world that has erupted more than a hundred times in the past. The 1741 eruption was the largest eruption in historical time that ended with the construction of a basaltic cinder cone at the head of the breached caldera. the Caldera has a diameter of about 3 to 4.5 km that opens to the East. No eruptions have occurred since the last eruption in 1790, but some seismic unrest occurred in 1996 under the volcano. Oshima has the second largest photographed lava fountain that has a typical strombolian eruption style with basaltic magma. 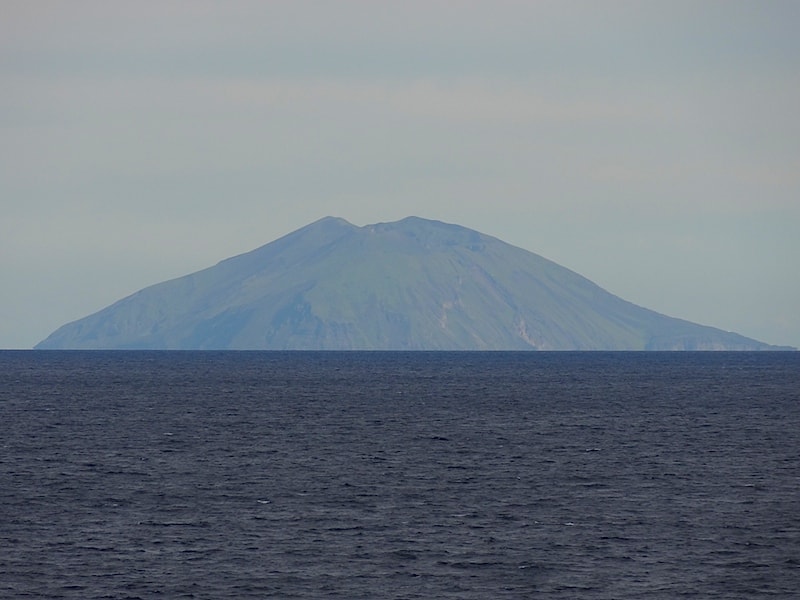 These are the remarkable volcanoes in Japan. Do post your comments.