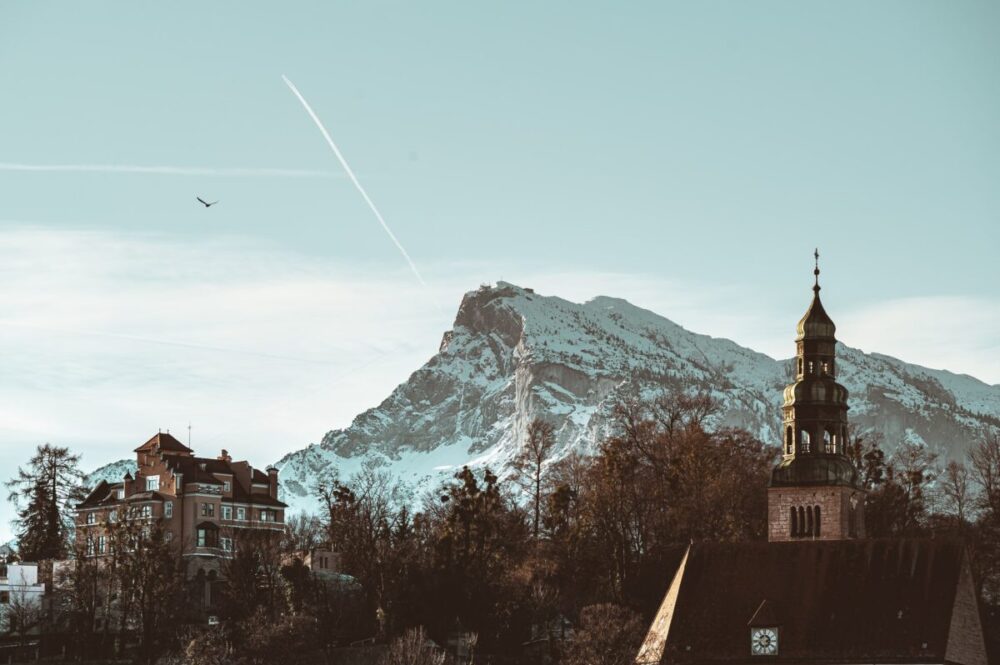 Europe has one of the most picturesque cities and towns in the world. Old castles and cobblestone streets are the landmarks of the Cradle of civilization. Not everything is located in London, Paris, and Rome – many small off-the-radar towns are true jams that should definitely end up on everyone’s list. Go beyond tourist attractions, busy streets, and long museum lines and step into the time warp of some of the most interesting spots in the Old continent. Check out tricksandtrips.com for more on-the-sidelines destinations. 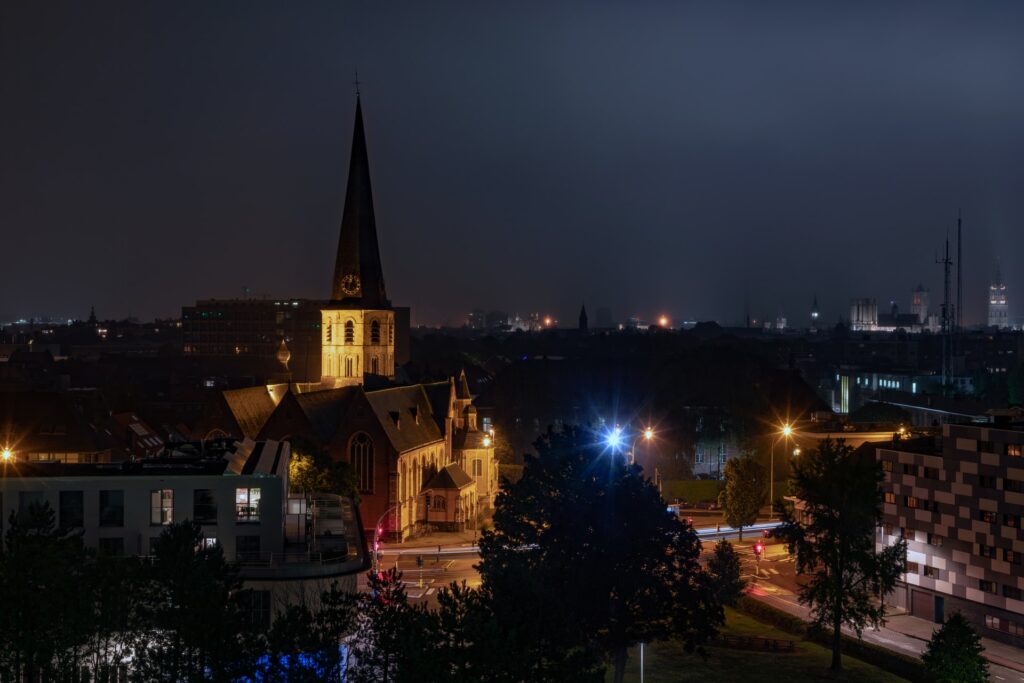 Ghent is a medieval city often overlooked by travelers due to its proximity to Bruges. That’s a more known tourist attraction. When you step into the small and friendly town of Ghent, you’ll have the feeling that you went several centuries back in time, straight to the middle ages with cobbled streets, old buildings, and just an overall fairytale experience. In some parts of the town, you’ll find waterways instead of the streets, and the boat rides are available for most of the year. The true adventure, however, is taking a bike ride above the town and enjoy the beautiful scenery. 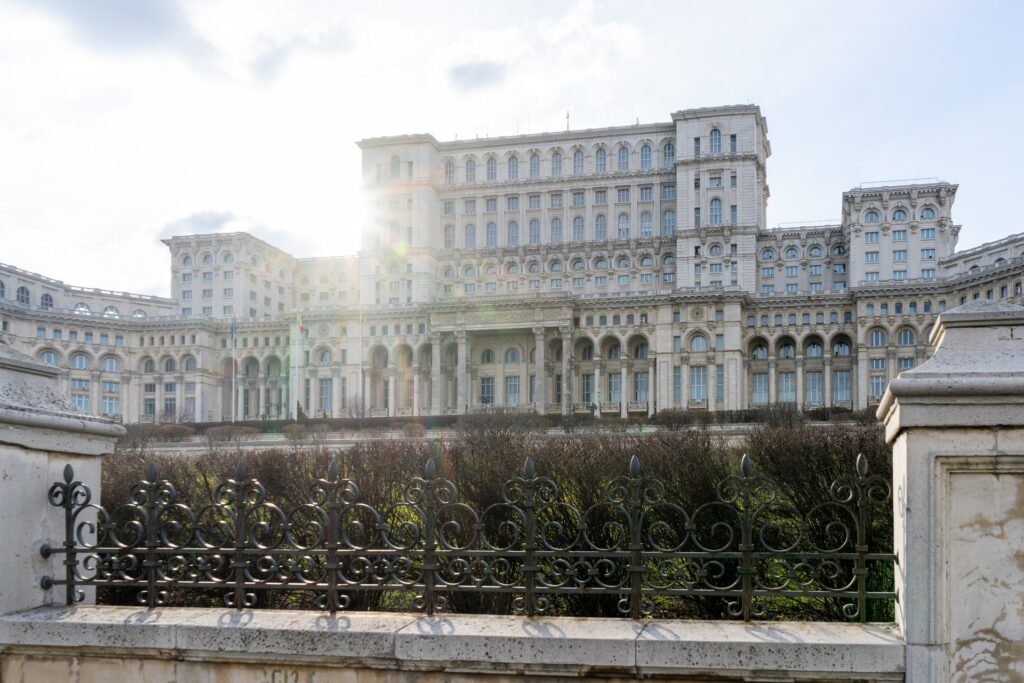 Bucharest has a unique mix of the architecture of French style and Social era buildings. The biggest Parliament building in the world is in Bucharest built in the 1980s during the Ceausescu dictatorship. Today, Bucharest and Romania in all, have opened up to the western world melting the old ways with the new. Tourists flock here for a vivacious nightlife, a lot of good cheap lager, and of course the Dracula castle. It’s just half an hour away, and it would be a pity to miss it especially if you’re visiting during October when many gory festivals and masquerades are in full-blown celebrating Halloween. 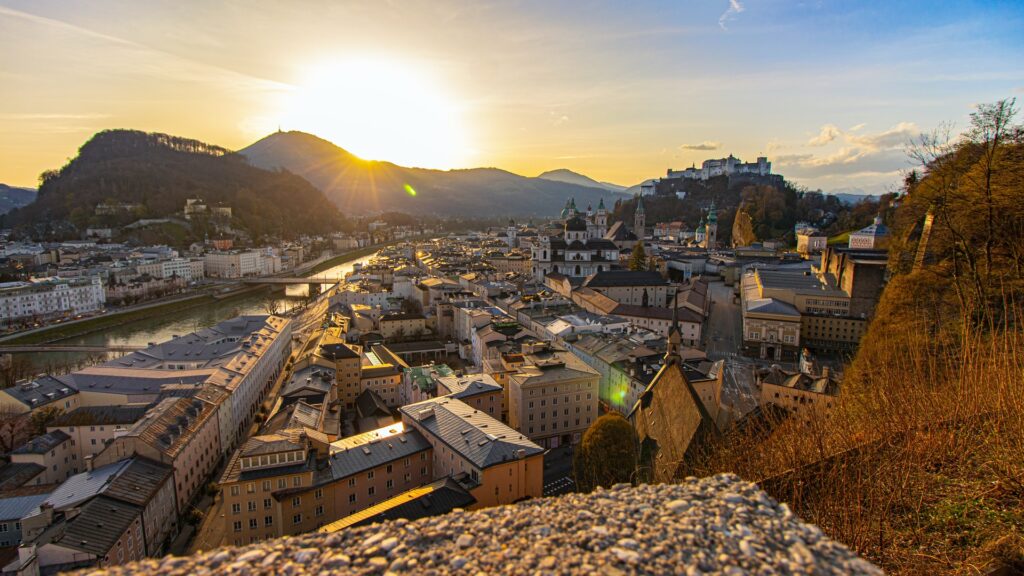 Salzburg is nestled in the valley, with the gorgeous Eastern Alpes surrounding it. It’s mostly composed of the old baroque buildings melted with the modern architecture. The city earned a UNESCO World Heritage site due to many structures being perfectly preserved. If you’re looking for some action, hiking on the outskirts of the town is the right choice. From there you will have an unobstructed view of the old buildings and meticulous landscape. In town, there are a lot of old and remodeled hotels, bars, churches and the famous Museum of Natural History. In case you never heard of Salzburg, it’s on the border with Germany, the birthplace of Mozart, and the filming spot of “The sound of music.” So, a famous little town, with a rich history but still off the beaten path and free of tourist crowds. 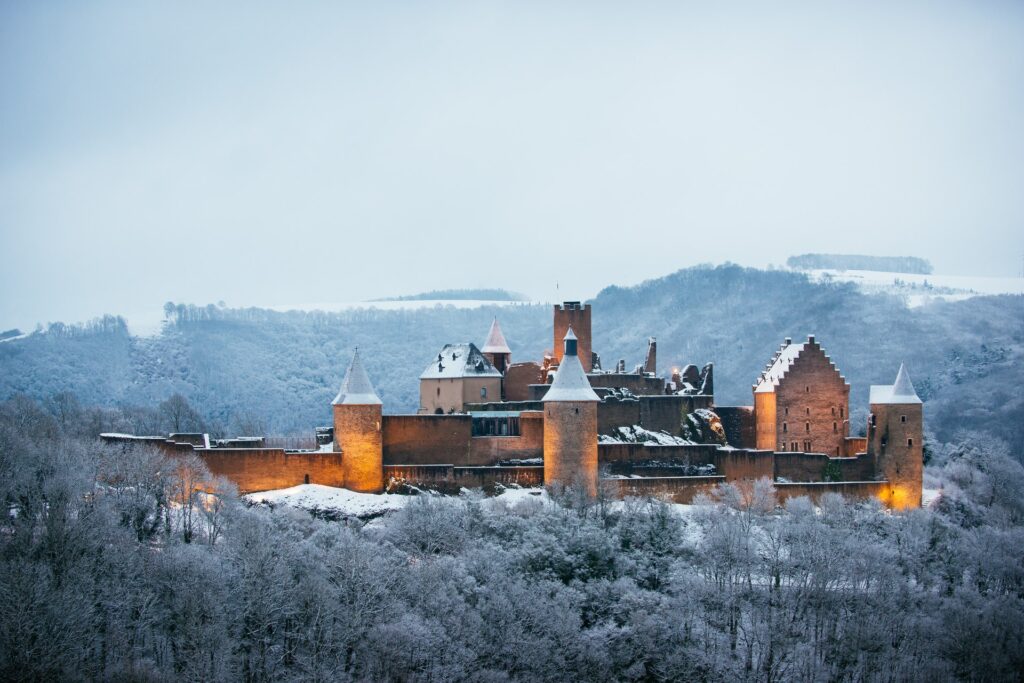 The whole country of Luxembourg is a small dot on the map, of 122,000 people spread across a bit over 50 square km. It’s not only overlooked, but it was never even considered by many travelers. And that’s a shame. This nation is the UNESCO World Heritage site for a good reason. It was founded 1000 years ago, and it kept the charm of medieval times. Over 150 nationalities are living here, and many different languages are spoken. It’s a world in small. Luxembourg city is full of parks, trees, and grass fields, making it one of the greenest cities in the world. The old town looks like you just traveled back in time with castle-like houses and cobblestone streets. People are friendly, calm, and used to foreigners since it’s one of the most powerful investment management centers where many huge enterprises have their headquarters. 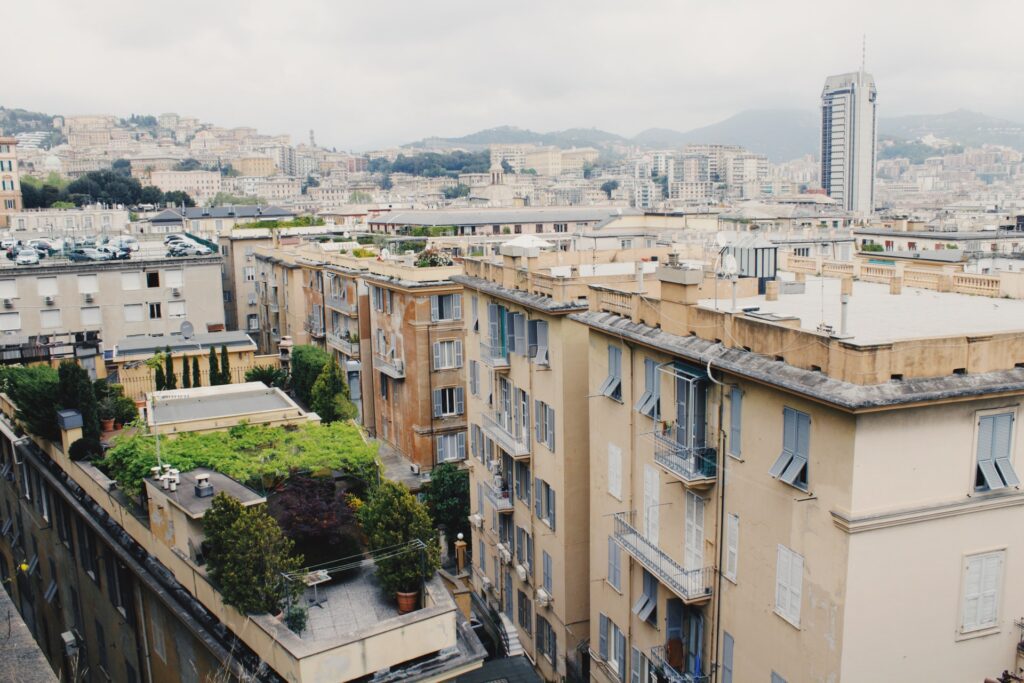 Very few cities in the world can brag about their superb cuisine. Yes, Italians are famous for their cooking, but Genoa kicked it up a notch. It’s a true foodie-land! Whether you’re looking for pasta or seafood dishes, this humble little town has it all. Genoa is the birthplace of the pesto sauce and focaccia bread, what more could you ask for?! People are friendly, kind, modest, and above all – hardworking. They take their food seriously and you can feel their dedication in every bite. So, try something old but original that’s going to soothe your tastebuds. Since Italians are deeply devoted Christians, you’ll find many beautiful cathedrals and old towers surrounding the city. 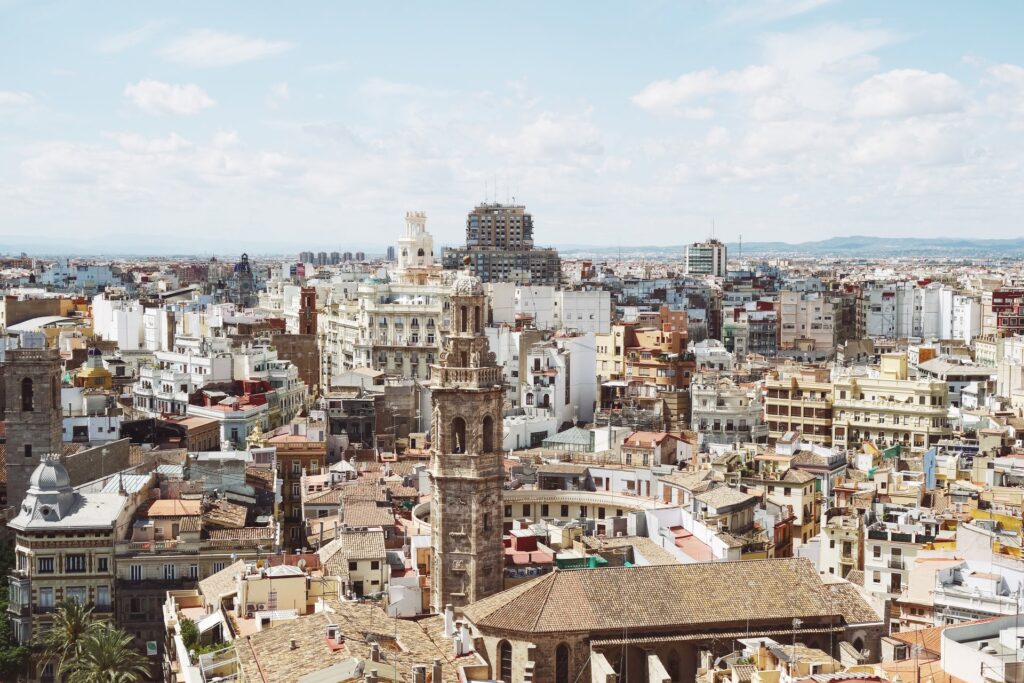 Often put on the backburner due to the popularity of Barcelona and Madrid, Valencia is a hidden gem where two worlds, the old and the modern one, came crashing down. The old town is fairytale-like with buildings dating to the middle ages, while on the other part of the city you can see modern, futuristic structures that look like out of space. The added bonus is that it’s not so packed with visitors so you can enjoy the city and local culture in peace. It’s also not as expensive as the capital of Spain, with a lot of B&B and small family hotels. The downtown is only 15 minutes away from the sandy beaches of the east coast of Spain, lying in the calm turquoise Mediterranean Sea. In short, this city has everything, a taste of traditional Spanish culture, a bit of the modern world, and miles of white-sand beaches. 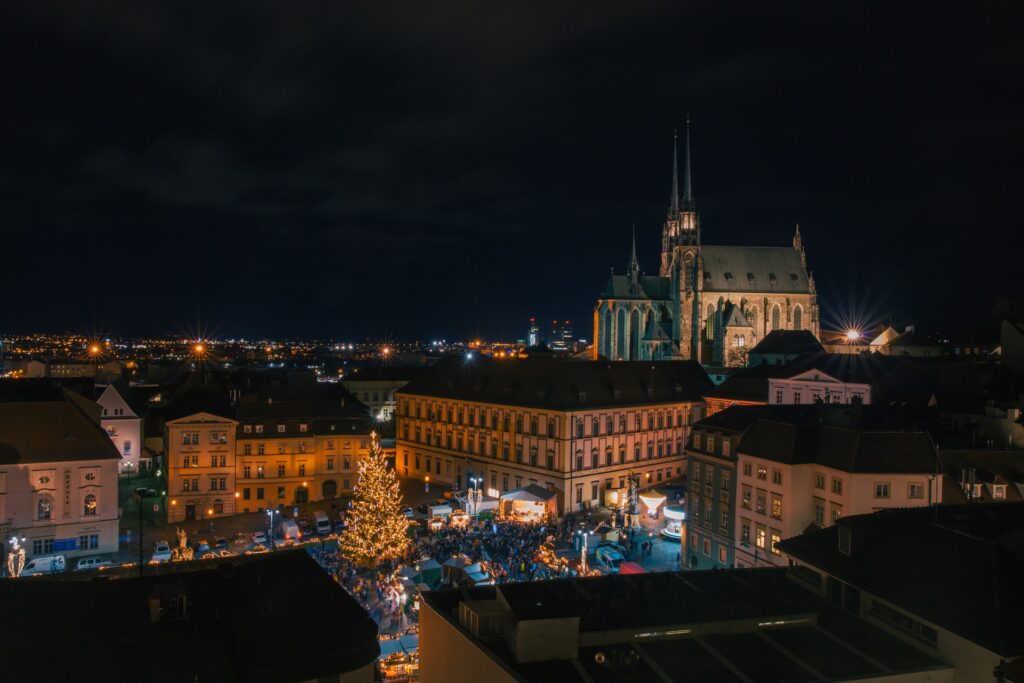 Everyone heard of Prague, the nation’s capital. How about Brno? No? Well, it’s time you pack your bags and put this small but lively town on your map. Brno is a place where history meets the young and bubbly vibe. The local population is friendly and welcoming probably due to the fact of not being on the tourist map so often. Many small hotels, local bars, cafeterias and dines, will feel like home. The hustle of the large metropolitan areas is missing, making it one of the peaceful spots.
Europe is a diverse environment where you can find just about anything, from ancient history to space shuttles, and if you can, you should see it all. Every place has its own charm that beams through. Don’t be put off by the expenses since there are many interesting places to see on a budget. The organization is the key element, and of course, bring your camera to capture all the wonderful places.