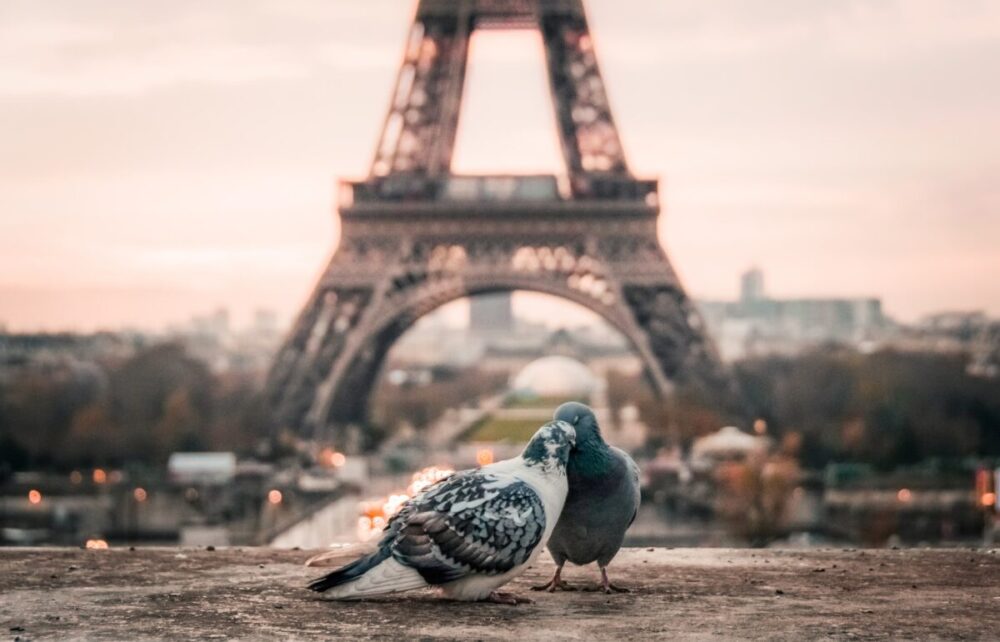 We all recognize France as a country of culture, wine, love, and of course, movies and TV shows. Although not as popular as Hollywood, French cinema has produced some of the best movies and shows that have ever existed.

Thus, what better way to immerse yourself in French culture than to watch the best shows and movies before visiting the country?

If that is something that appeals to you, then you’ll find our list of X best cinema pieces that France has produced.

Revenge of the Musketeers is a story sat in 1654 in France where three musketeers are tasked with preventing an assassin murder of the king.

The story of the movie dives much deeper into topics such as revenge and love, but this film is generally considered as one of the best French cinema has ever produced.

The Visitors is a comedic film about a French knight (the medieval theme is somewhat of a thing in the country) that goes through a time portal into 1993 France.

The knight and the wizard get thrown into a rather unusual time where crusades and shiny armor does not exist. Instead, the two set out on a quest to try and find their descendants and ultimately try to find their way back home. Give The Visitors a try as it is a classic French comedy cinema.

A very funny but ultimately sad movie, The Intouchables is a story about two very different men that slowly become best friends. The two protagonists of the movie, Phillipe and Driss, are very, very different in both socioeconomic and racial terms.

Phillipe is a very wealthy and successful man that is well versed in aristocratic society. At one point, he becomes a quadriplegic following an accident that leaves him scarred for life.

He then hired Driss, a young African-French from a poor neighborhood to take care of him. Given Driss’s strength and height, it makes him the perfect caregiver. Soon, the two of them become best friends.

The Intouchables is regarded as French cinema’s biggest success.

Continuing the topic of medieval times, knights, kings, and of course, Joan of Arc.

Set in 15th century Rouen, Normandy, the film tells the story of Joan of Arc. Although this isn’t a movie from French cinema, the stars, Mila Jovovich and John Malkovich make a damn good job of portraying the French.

The film tells a very important story and one that is deeply rooted in French history. Joan of Arc is a religious martyr, a symbol of French resistance against the English. After witnessing all the atrocities the English committed against the French and her own family, she decides to take the mantle of leader and ride into battle against the English invaders.

Let’s move to a movie that has nothing to do with love or history, but one that is full of murder and mystery. 8 Femmes is a blockbuster flick in France as it includes the 8 most famous French actresses.

The plot of the film revolves around the murder of the patriarch of a family that resides in the countryside. The remaining 8 females of the household must determine who is the murderer is.

But each woman is a suspect as dark secrets begin to festoon. Each woman has her own motives and each one is guilty of something. But who murdered the father?

The first show on this list is La Bazar de la Charite, a popular show that revolves around a fire in Paris in 1897. The fire took the lives of 126 people, and the aftermath follows three women as they try to move on with their lives and escape various problems.

It is a very interesting thriller that has a historic twist to it.

If the show appeals to your taste, then make sure to watch here.

Mortel is a show that can be considered as a teen show. And like a few other titles on this list, it is a murder mystery show where the main protagonists are desperate to find the killer of their friend.

However, it is not long until they find out that the killer might be a supernatural force. They team up with a voodoo god as they try to find what killed their friend.

Much like knights and kings, the French love supernatural topics. As such, Marianne is a show that you absolutely must watch.

The plot of this series revolves around a horror-mystery writer. Being a prominent writer, she soon discovers that her horrors begin to manifest.

Although she quickly stops writing, she soon finds herself back to her hometown where Marianne, a character from one of her horror stories, manifests and reigns terror onto unsuspecting residents.

We’re betting on the idea that Taxi is a film that might sound familiar to you. It is about a taxi driver, of course, that has a pretty unusual way of transporting his passengers.

The film is a classic French comedy following a taxi driver from Marseilles. But the taxi driver gets constantly in trouble with the law. That doesn’t stop him from escaping the cops every single time and using more unusual ways of evading captivity.

We recommend watching Taxi as it has quite a bit of action in it as well.

And the last selection on this list is yet another film. Paris, Je T’aime is a must-watch if you happened to be visiting the capital. The movie revolves around love in the city. The comedy, drama, and romance film must be on your bucket list as the way in which the directors have made the film will leave you truly captivated in the beauty of the City.

There is one more reason why you should visit Paris, the eternal city of love.