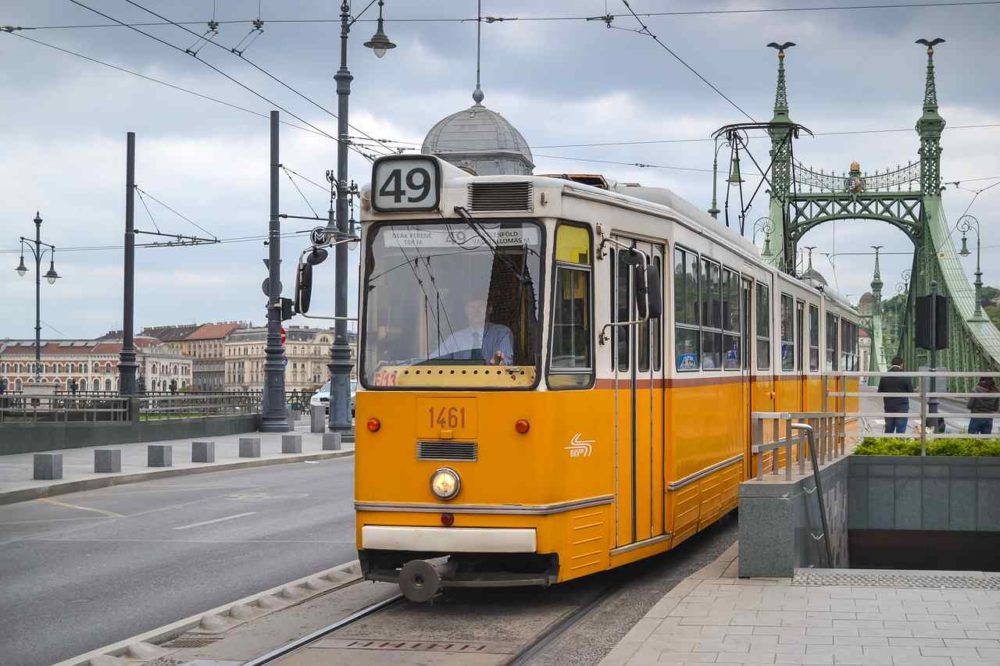 Trams are one of the most significant and beautiful parts of the tourist attractions for tourists as well as for the commuters. A trip to a tram or sightseeing in a tram in a foreign land is worth experiencing. This will not only give us the experience to ride in a streetcar but also allow us to mingle up with the locals. Read on to find out the top 10 Tram systems in the world.

501 Queen is a tram system based in Toronto, Ontario, Canada. It is operated by the Toronto Transit Commission. It is an east-west streetcar route. It is one of the longest route in Canada having a travel route of 24.8 kilometres. It is electrified with 600V overhead DC. It stretches from Neville Park Loop in the east to the Long Branch Loop in the west. It provides its services 24 hours a day. Its daily ridership is approximately about 52,200. The history of this tram system goes back to 1875 when its operation started as a simple horsecar service. After that, as modern inventions materialized, the tram systems also advanced and the system was electrified in 1893 by the Toronto Railway Line.

Also Read: 10 Most Thrilling Aerial Lifts In The World 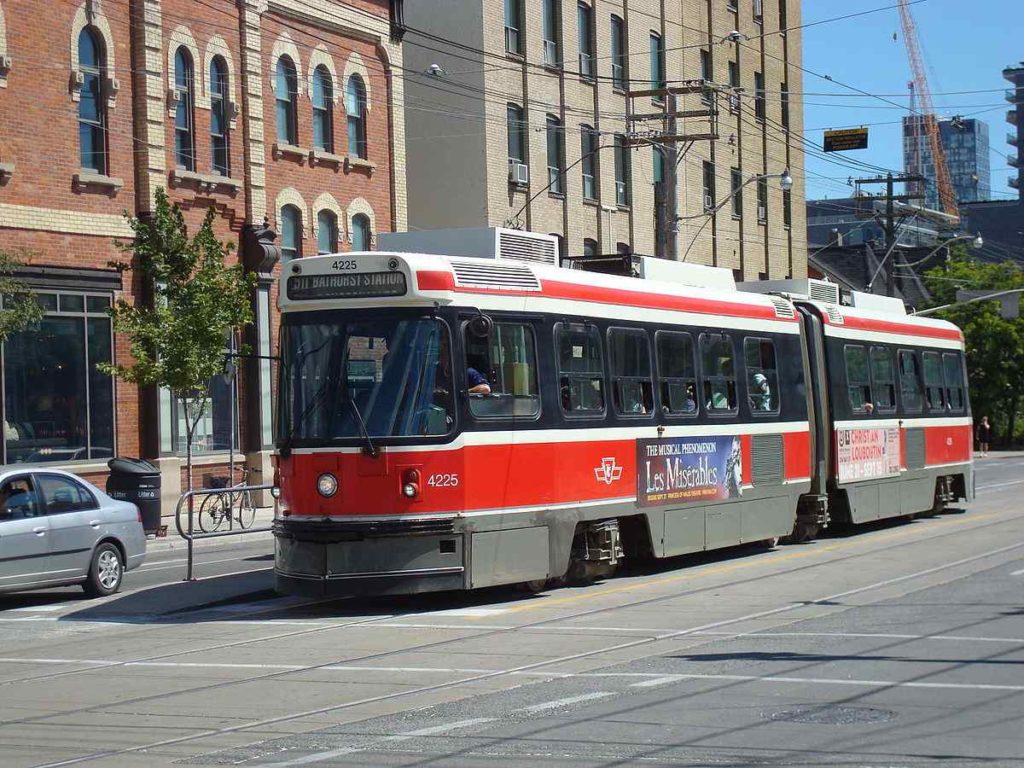 The Prague tram network is the largest in the Czech Republic with 518 km of track length. It consists of 931 trams. Prague’s first horsecar tram was opened in 1875 and the first electric tram got opened to the public in 1891. It carries more than 360 million people annually. The Prague streetcar network includes 25-day routes and 9-night routes as of 25 March 2017. The network is open from 4:30 a.m. to 1:00 a.m. the next day. It is operated by Dopravní podnik hlavního města Prahy, a company owned by the Prague city. The Prague tram system owns 857 trams as of 2017. 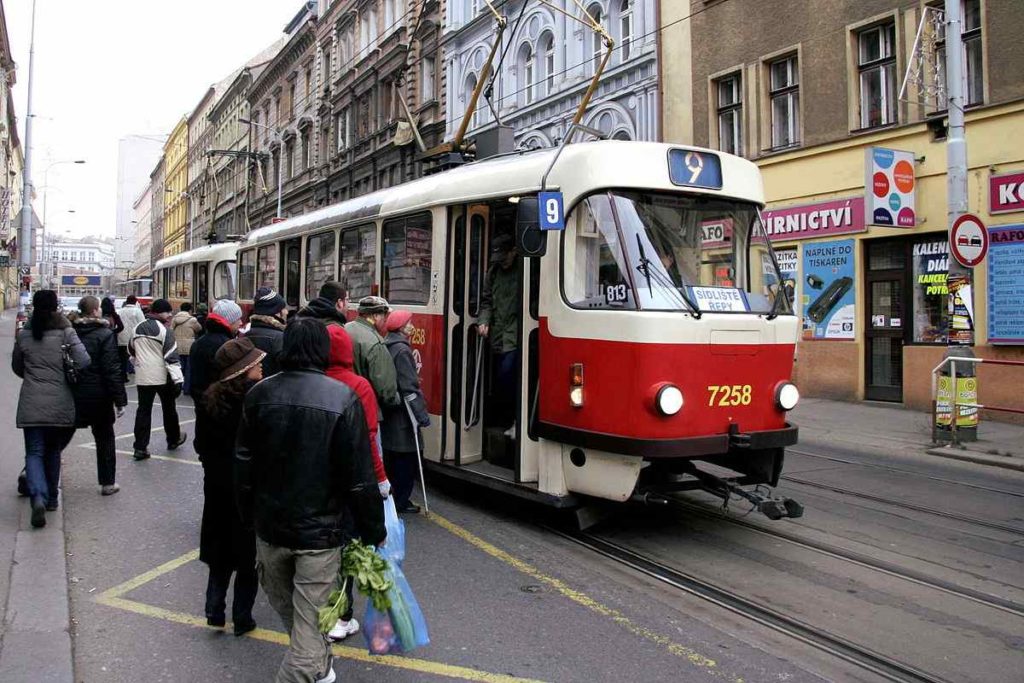 It is a very rare and unique type of tram systems as it uses a double-decker tram fleet. It is not only being used by commuters but is also an attraction for the tourists. It is an eco-friendly and efficient way of travel for tourists. The tram system operated on Hong Kong Island from Kennedy Town to Shau Kei Wan. It is not a very old system of travel as it opened in 1904 during British Rule and during that era, electric trams were popular. So it was inaugurated as electric trams. The track length is 30 kilometres. It operates from 5:30 a.m. to 12:30 a.m. The tram fare is Hong Kong dollar $2.60.for adults and $1.30 for children. Sightseeing trams are also available – tramcar No.68, which includes an open balcony and historical exhibit on board.

Melbourne’s Tram system is located in the capital city of Victoria state – Melbourne in Australia. The original horsecar streetcar was opened in 1884. After that, the cable tramway got opened in 1885. In 1889, the cable tram system got changed to the electric car system. The tramway network is 250 kilometres double track system. The fleet has 493 trams, 24 routes, and 1,763 tram stops. It provides service to annually 206.3 million passengers.

The Budapest Tram system is a part of massive rapid transit of the capital city of Hungary – Budapest. It has a total track length of 156.85 kilometres. It has a total of 36 routes. The whole system is operated by Budapest Transit LLC. The horsecar tram system began in 30 July 1866. The electric tram era started from 1887. It was composed of 36 lines as of 2017. Most of the trams run between 5 a.m. and 11 p.m. It provides service to 393.4 million passengers annually. It carries almost 100 million passengers annually more than the Budapest Metro. 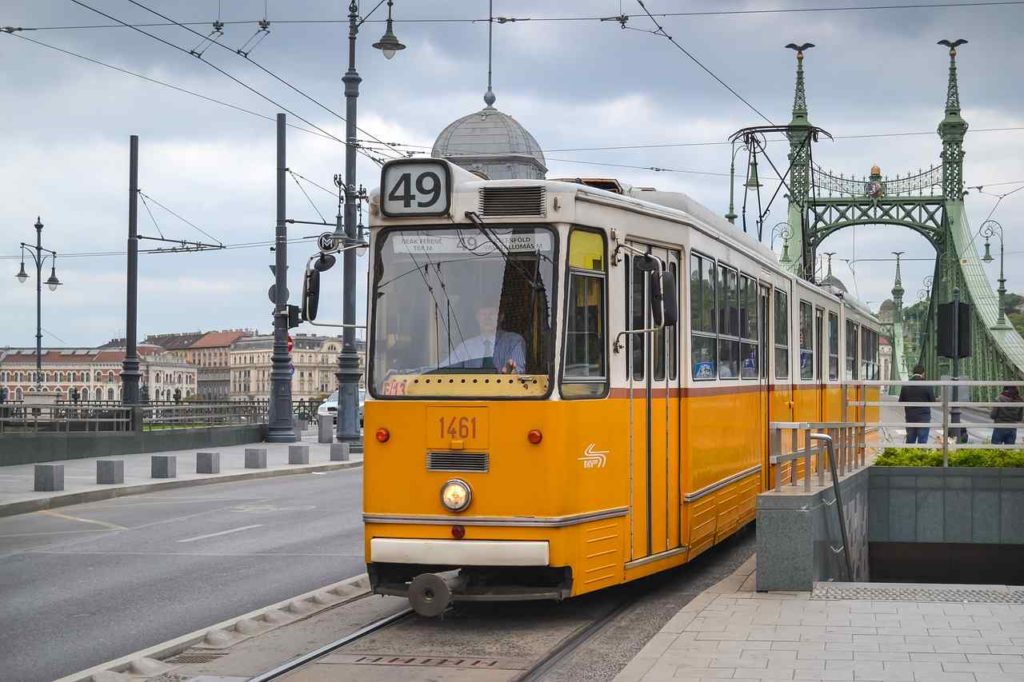 The Amsterdam Tram network is in Amsterdam, Netherlands. It is operated by the municipal public transporter operator Gemeentelijk Vervoerbedrijf (GVB) since 1943. The Amsterdam tramway network is the largest network in the Netherlands and one of the largest in Europe. Though the history dates back to 1875, the electric trams were started after 25 years i.e. in 1900.  There is a total of 14 tram routes. The network made up of 200 kilometres of track length and 80.5 kilometres of route length. The fleet comprises of 200 trams out of which 24 are bidirectional. It is one of the unique tram systems in the world.

The Lisbon’s tram system is in the capital city of Portugal – Lisbon. The horsecar trams came into service in 1873. Lisbon’s first electric tram services started on 30 August 1901. It has a total route length of 76 kilometre. It comprises of six urban lines. In the beginning, when the electric tram services commenced, the tram lines continued to develop until 1959. In 1959, it reached its peak when there were 27 tram lines. After that, the use of the streetcar system is declining due to the uprising of the rapid transit Lisbon metro system.

Vienna Tram System is located in the capital city of Austria, Europe. The trams in Vienna are considered to be a vital system of transport. It is the fifth largest tram network in the world with about 179.6 kilometres of route length. It comprises of 1,071 stations. The trams in Vienna have been electrified by 600V DC since 1897. It is operated by Wiener Linien. There were 525 tramcars in Vienna tram system as of 2013. Its track length is 432.3 kilometres. It carried 293.6 million passengers annually as of 2013.

One of the beautiful tram systems in the world is a cable car system located in San Francisco, California, USA. It is most unique of all because it is the world’s last manually driven cable car system. There are only three lines remaining out of 23 lines which were built in the time period between the years 1873-1890. They are in the list of most significant tourist attractions along with the Alcatraz island, the Great Golden Bridge and the Fisherman’s Wharf. The three lines are distributed among total 62 number of stations.

These are the top 10 tram systems in the world. Do post your comments.