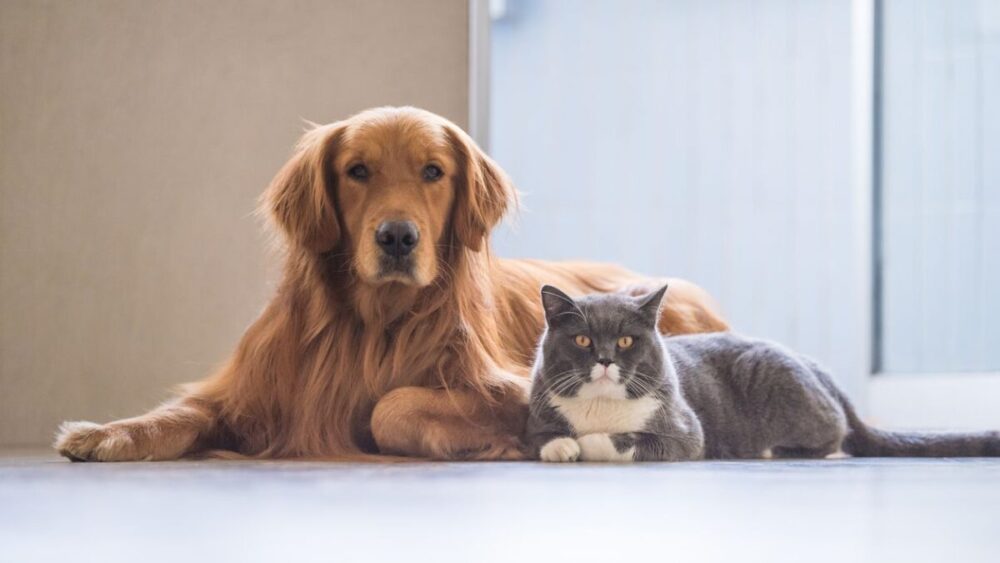 Having one pet is sometimes just not enough. Having several dogs or a cat and a dog can make life more fun and interesting, but they won’t always all get along. Here are a few tips from the canine Obedience Specialist Rick Allen to help create harmony in your home by using a little patience and consistency. 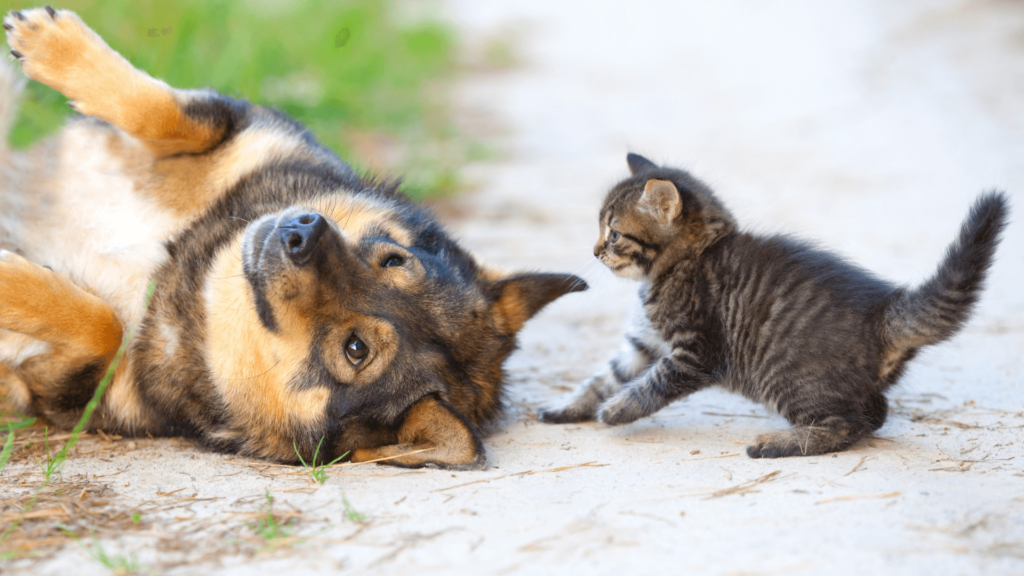 If you are bringing a new dog home and you already have other dogs or cats, the first meeting is very important. The way the new dog is introduced will set the tone for his relationship with the other animals. If you can, try having the meeting in a neutral setting away from your house to see if they are willing to accept each other. Make sure to be patient and give all the dogs time to get to know the other.

If you do have them meet in your house, you may want to have their first time together with a screen door or baby gate in between them, which will allow them to see the other without worrying about fighting. If they seem calm at this point, you can then bring them into the same room.

Next, pick a place that is a safe space for the animals. Keep your dog leashed, but let the cat wander around. This meeting should be short and happen every day over the course of a week. Continually offer treats to all pets that are included to build a positive association with the new pet.

It may be a good idea to keep the pets away from each other until they are able to experience the other’s smells and sounds. Find a safe space for each and then alternate who can run free in the home. You should also create a positive association with other animals in the home by placing things like a blank or toy that smells like the new dog in the existing pet’s areas, and vice versa before ultimately having them in the same area for long periods of time. Visit DogBlog.com for a complete guide to introducing a cat to your dog. 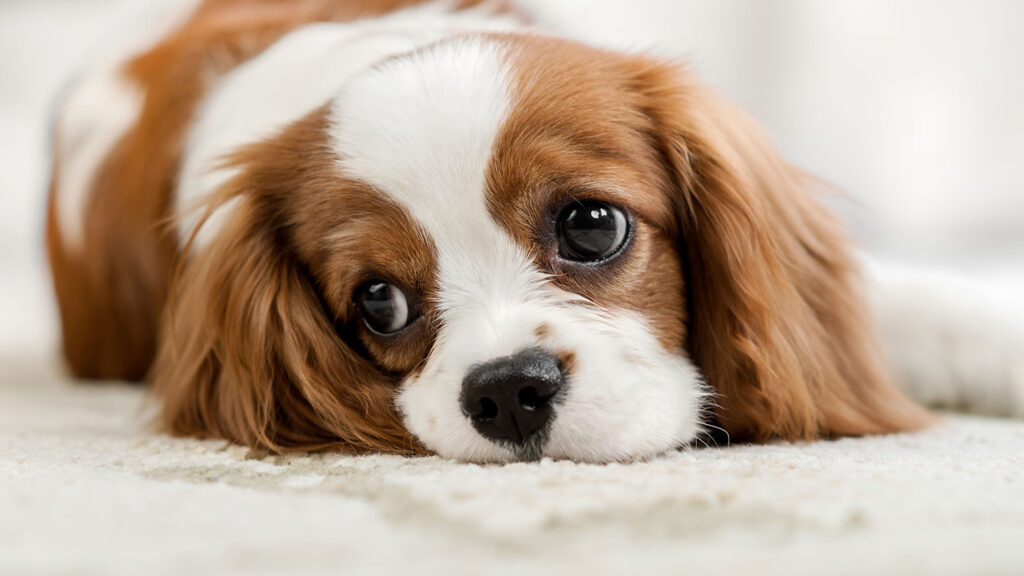 When bringing home a puppy, there are a few more steps you need to take to create a smooth transition:

Dogs need to feel special too, so it’s important to spend one-on-one time with all your animals. Not only can they benefit from individual training time, but they will love the uninterrupted attention from you. This can very important during training as you want your dogs to listen to every human in the house and not just you.

If there are other adults in the home, you can even swap out time playing with one dog while the other person takes the second dog for a walk and vice versa. When you don’t take the individual time with each dog, the dogs can come to rely on each other more and won’t be interested in you at all. 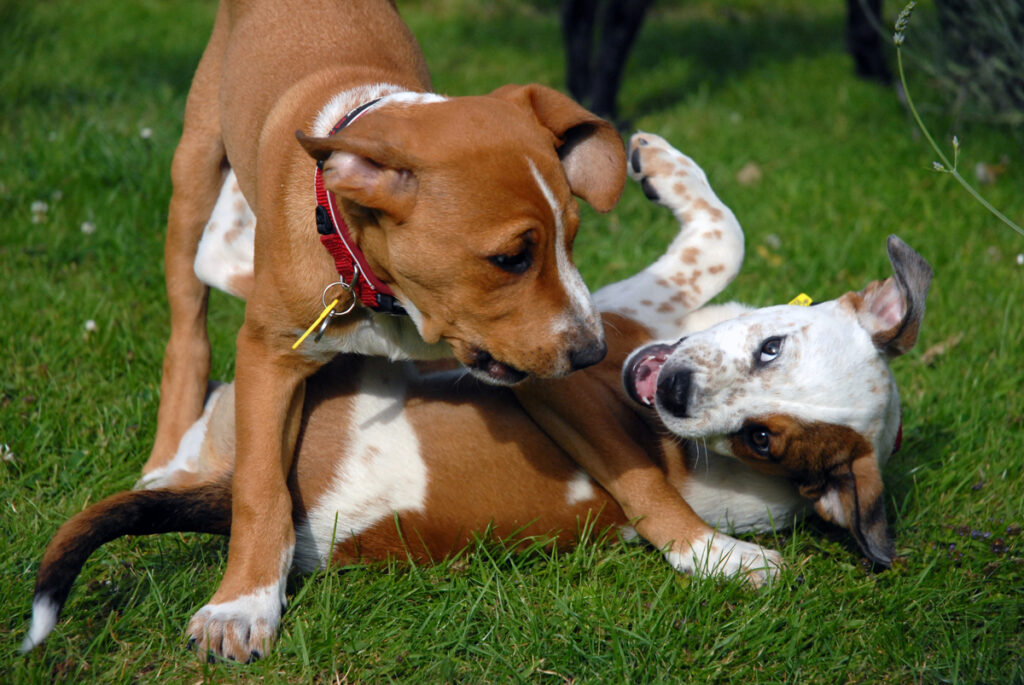 You probably won’t be able to stop it, but if you have more than one dog, there is bound to be a fight. Typically, dogs in the same household won’t have a serious fight, and it will end pretty much right after it starts. Rank is usually the most common cause of a fight, and it’s important that the dogs figure out who is first unless both dogs are submissive.

To help reduce fighting, you can:

Even if your animals are not fighting, it’s important to pay attention to the ranking that is happening. After they have sorted this out, figure out who has come out on top. Make sure you feed the dogs according to rank and let them outside first to reduce fighting. 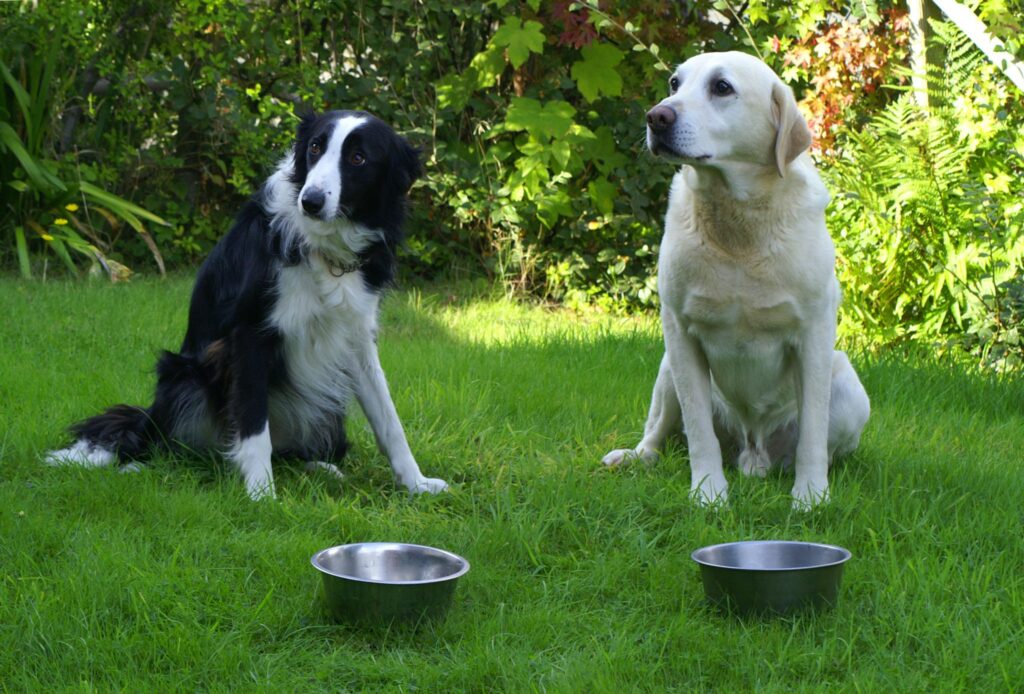 When you feed two dogs at the same time, you should still put down the alpha dog’s food first. Hopefully, both dogs will eat the same food and finish eating at the same time, so there aren’t any issues. Make sure each dog has his own food dish, although having a communal water dish is fine. You may end up feeding the dogs in different parts of the house if:

Training A Dog to Be Around A Cat 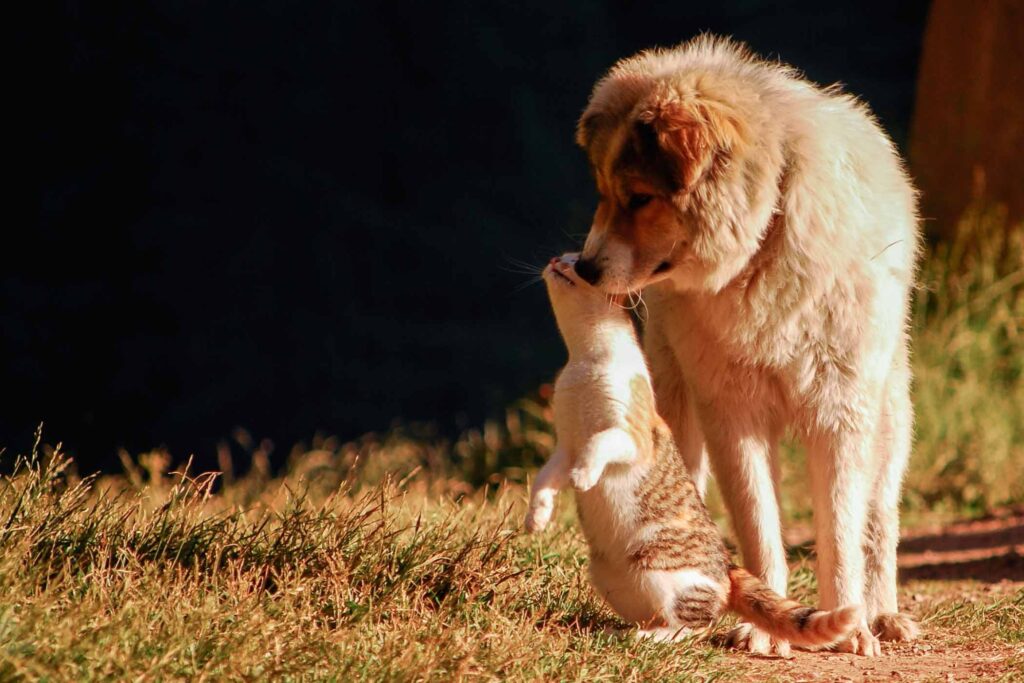 Let’s face it, chasing is just instinctive for a dog. But, you still want to make sure to stop that behavior in your home. It’s important that your dog never learns how fun it is to chase a cat, so after you make introductions, you will need to teach your dog how he is expected to act around the cat.

Have your dog remain in the stay position as the catwalks around the room. Make sure to give your dog treats for his good behavior to reinforce calm as well as teach him that being good around the cat will get him a reward. As your dog listens to you, you can stop using the leash, but still, continue the training process. If needed you can also use a long line attached to a stable piece of furniture.

Training should continue as your dog learns to behave safely and predictably around the cat. If necessary, use the leave it command to indicate that he needs to leave the cat alone. If you do catch your dog chasing your cat, try and redirect him to a better chasing game such as fetch.