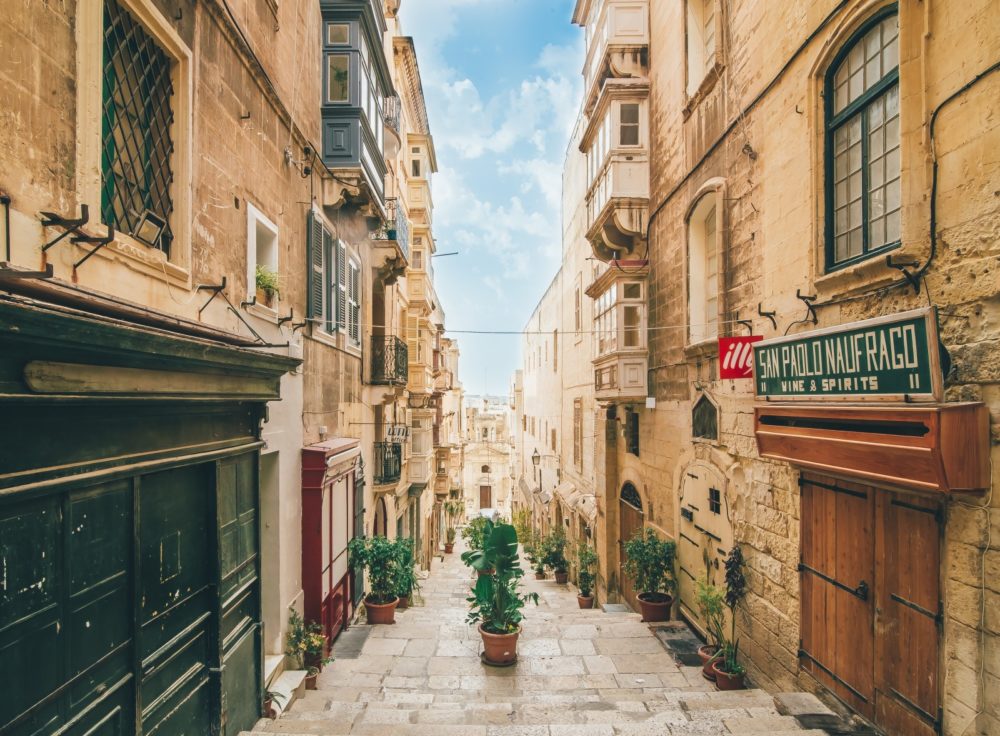 One can only do justice to the unique culinary experience which exists on this island by framing it in the Maltese Mediterranean context in which it is embedded. That is, we shall first give a brief overview of Malta as an island, to better understand its cuisine. 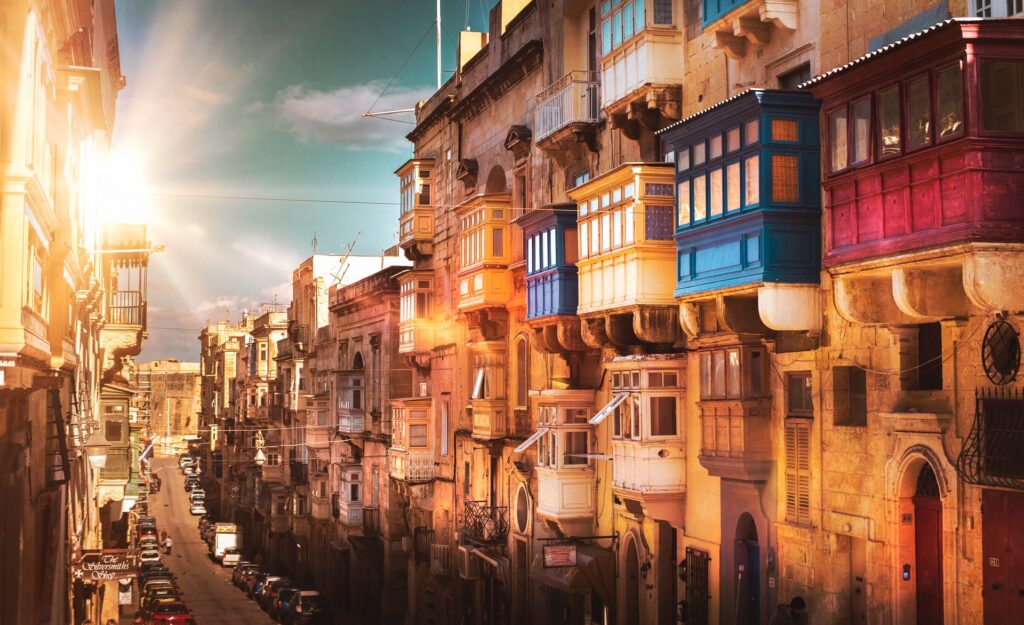 The small archipelago in the Mediterranean known as Malta is renowned for its many wonders. From its magnificent crystal clear waters to its vast cultural history that spans a number of centuries. Traditional Maltese recipes we have today have been passed through the generations. These are influenced by neighboring countries, and previous rulers, yet unique due to the amount of freshly available ingredients in the Mediterranean climate. We would recommend you come and experience this fabulous food yourselves. Book a room at our www.sthotelsmalta.com for your ultimate holiday in Malta.

We will now explore a few of the most popular foods which are enjoyed by both the foreigners and the locals alike.
‘Ħobż tal-Malti’

This translates to Maltese bread. Traditionally baked, this bread has a crunchy crust on the outside and fluffy white texture from the inside. It doesn’t taste anything like the regular loaf of sliced white bread you might be used to from your local supermarket.

This popular type of Maltese bread. It is a flat baked, disc-shaped, usually portion-sized bread that shares its crusty outside with a regular loaf of Maltese bread. This is usually bought as a whole or sliced, and it is a popular option in lunchrooms and is prepared with a number of delicious ingredients found in Malta.

This is a traditional Maltese snack sold as street food which literally translates to ‘bread with oil’.This is a sandwich that is typically rubbed with fresh Maltese tomatoes. It is then drizzled with olive oil and filled with a variety of ingredients which differ depending on each person’s preferences. These include garlic, olives, onions, pepper, tuna, or capers.

This is a flaky pastry filled with ricotta mushy peas or chicken which came around in Malta in the 1990s. This is another type of food that is sold as street food. It is considered fast food for the Maltese who walk to the nearest ‘pizzeria’ to grab this delicious savory snack. Best of all, they are cheap, addictive, and pastizzerias are all over the island. 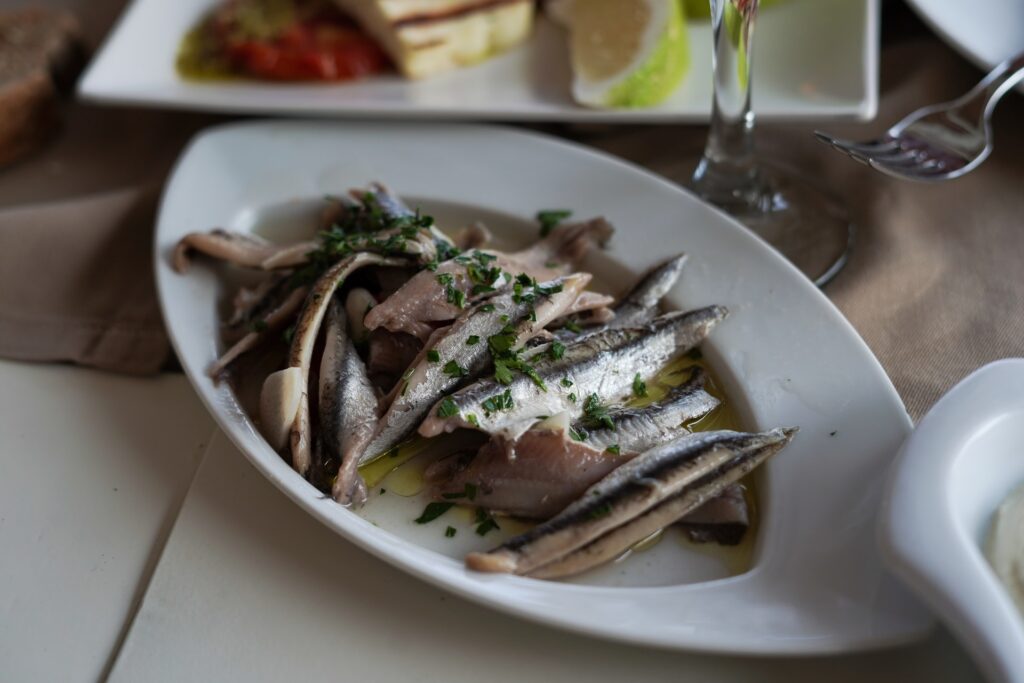 Due to the fact that Malta is an island, it is safe to say that fish has always been popular. You’ll be able to find all kinds of local fish served fresh daily in local restaurants, but there are specific types of fish that are more popular among the Maltese. A trip to the Marsaxlokk fish market on Sunday morning will show you just how varied the fish is in Malta.

This is a type of dolphin fish also referred to as Mahi-mahi. It is caught seasonally and available as a fresh catch during the period of 15th of August through to the end of December. You’ll still be able to have Lampuka at other times of the year, but it obviously won’t be as fresh. Still worth your while though! This type of fish is also popularly served in pie form, known as ‘Torta tal-Lampuki’.The freshly-caught lampuki is cooked alongside several other foods. These include onions, olives, tomatoes, capers, and spinach and placed in a puff-pastry before being baked in the oven.

Another type of fish that is very common in Malta is locally caught swordfish, prepared as a dish called Pixxispad (grilled swordfish steak). This is usually fried in olive oil, lemon added – Super tasty.
Drinks

As for the drinks, Malta is not limited as well.

Malta is known for its beer brands – especially CIsk and Lord Chambray. The original Lager Beer is a golden-colored, bottom-fermented lager. Known for its distinct and well-balanced taste. While bitter – it’s also pleasant. This is popular amongst many tourists.

As for Lord Chambray, it’s slightly a more expensive option – but has different tastes which constraints natural ingredients from Gozo. If you are one for spicy beer – then Lord Chambray is for you.

Anisette is a drink which is known around the world but known for it’s origins from the seas of the mediterenean especially in Malta.

With the country known to use the anice and develop plenty of flavours from it such as hazelnut anisette or even lemon! Even in it’s origins, it’s really rare to find with the drink being sacred for the maltese.

With it’s history of preserving nature, Malta has a consistent history of wineries, especially delicata and Marsovin. With plenty of grapes available in the country, Malta is also good for those who look forward for that classy glass of wine. The wine in Malta also ranges from cheap to expensive – fitting every type of budgets. Popular grapes in Malta are Cabernet, Syrah and Merlot. You are set fo’r a fantastic scenery.

Orzata is a famous drink in Malta, loved by tourists especially – Spanish tourists due to it’s origins from Spain. It’s a drink with Hazelnut – which you consume with water. The Maltese like to consume during to Malta as it’s best served cold in hot weather – both when you are having a meal or having a drink to kill thirst. Another drink like Orzata is ‘Ruggiata’ which is basically the same but with orange rather than hazelnut. While you can find and it’s best served fresh – you can also find it in bottles which you just distill with water and enjoy it. Careful though! As some Maltese find it offensive.

It is safe to say that among Malta’s many wonders, it’s mediterranean cuisine stands out as one of it’s best features. Come for a visit and give your tastebuds a journey they will surely not forget!