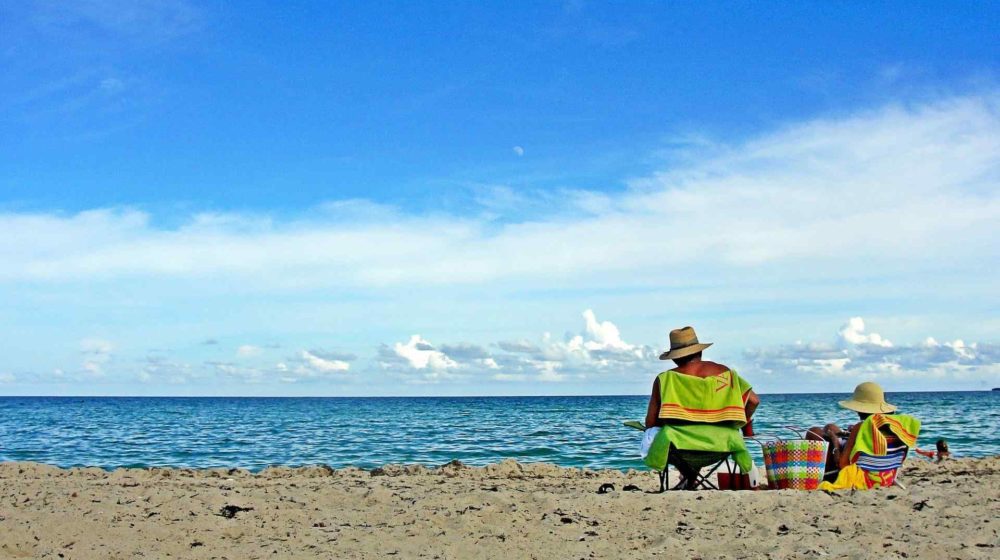 Miami is one of the most popular vacation spots in the United States that offers trendy nightlife, fantastic beaches, and much more for everyone. This beautiful beachfront city is famed for its colourful art deco buildings, white sandy beaches, surfside hotels and trendsetting nightclubs. From museums to the streets of Little Havana, visitors can always find plenty of things to do. Also, Outside the city, but very closely located, is Everglades National Park, that is known for its unique ecosystem and wildlife. Here is the list of the top ten tourist attractions in Miami.

Miami Beach is an island city in South Florida. Connected by bridges to mainland Miami, this fantastic beach is known for its international cachet with models and celebrities, and also its prominent early-20th-century architecture in the Art Deco Historic district with pastel-coloured buildings. This beautiful beach also offers fine dining, spas, and legendary nightlife to make an unforgettable vacation trip. Visitors can also experience and enjoy numerous leisure activities including, fishing, bike rides, tennis or golf.

Also Read: 10 Most Extreme Airports In The World

The world-famous art deco district is a U.S. historic district located in the South Beach neighbourhood of Miami Beach, Florida. Art Deco architecture is a modern take on neoclassical, more particularly historic, retro and fabulous in its design. This beautiful building boasts colourful buildings characterised by bright colors, from pastel blues and pinks to bright oranges, vibrant yellows, greens and much more. Moreover, buildings in the typical Art Deco also feature exotic flora and fauna along with prominent structural gems, like geometric fountains and statues.

This beautiful museum located in Miami, Florida is Vizcaya is a worth visiting place for tourists. This National Historic Landmark, encompassing an area of 28 acres, was the luxurious winter home of 20th-century’s renowned industrialist, James Deering. Built-in 1916, the mansion features 34 luxury rooms arranged around a central courtyard. It took more than 1,100 workers and craftsmen to complete this project, many of them were brought to Europe to ensure authenticity in the architectural design. This Italian Renaissance-style villa encompasses an impressive collection of European furniture and decorative arts from the 15th to 19th centuries. Also, the grounds and gardens contain beautiful Italian and French fountains, pools, and sculptures.

Bayside Marketplace is a large marketplace in Downtown Miami, Florida. The venue houses more than 150 speciality and tourist shops, numerous cafes and restaurants, and other entertainment spots. The venue also hosts some well-known chain stores, as well as many unique places. It is a great place that draws the attention of not only local people but of tourists as well. This Miami’s waterfront location offers panoramic views to the visitors, as many people come here just to enjoy the outstanding atmosphere. The marketplace also hosts many boats, water taxi to connect Miami Beach and downtown hotels located in the area.

Everglades National Park, one of the most unique natural features of Florida is located at a very close distance from Florida. Covering an area of about 1.5 million acres, this beautiful national park is home to a large number of alligators, crocodiles, snakes, and all kinds of birds. The park also encompasses many walking trails and boardwalks for wildlife viewing. One of the most popular walking trails in the park is the Anhinga Trail, the trail is less than a mile long but it leads through terrain and provides the visitors with panoramic views of alligators and other exotic animals.

The American Airlines Arena is a sports and entertainment arena located in the heart of Downtown Miami, Florida along the coast of Biscayne Bay. The American Airlines Arena has 2,105 club seats, 80 luxury suites, and 76 private boxes. The arena also encompasses a waterfront theatre, which is the largest theater in Florida. The structure was opened in 1999 and has been honored with the Leed Green Building Certification Award for being an energy-efficient building.

The Miami-Dade Zoological Park and Gardens or Zoo Miami is the largest and oldest zoological garden in Florida. It is the only sub-tropical zoo located in the United States. This unique zoological park houses a variety of animals from Asia, Australia, and Africa, of different species that is unlike any other zoo in the country. Rated as one of the top ten zoos in the U.S., this 340-acre zoo showcases more than 3000 animals representing over 500 different species. The zoo also encompasses more than 1,000 species of trees, palms and other plants. Also, Zoo Miami is an active leader in much global wildlife and environmental conservation initiatives and is currently involved in more than 36 projects taking place in six different continents.

One of the best tourist attractions in Miami, Coral Castle is an oolite limestone structure created by the Latvian American eccentric Edward Leedskalnin, who with his 28 years of carving and using his own home-made tools created this beautiful place. Coral Castle is famed for its creation by a single man using his supernatural abilities to move and carve numerous stones weighing many tons. Also, the most famous structure of a giant stone gate, which opens effortlessly with the touch of a finger is created very beautifully, moreover, other carvings such as stone tables and chairs, unique figures, and other pieces are also designed exquisitely.

Freedom Tower in Miami, Florida is considered the “Ellis Island of the South”. Built-in 1925 by George A. Fuller, Schultze & Weaver, it is one of the oldest skyscrapers in the south-eastern United States. Striking in its architectural detail with its octagonal tower, it is one of the most distinctive historic buildings in South Florida. This beautifully designed tower was also designated as the National Historic Landmark in 2008. It is one of the best tourist attractions in Miami.