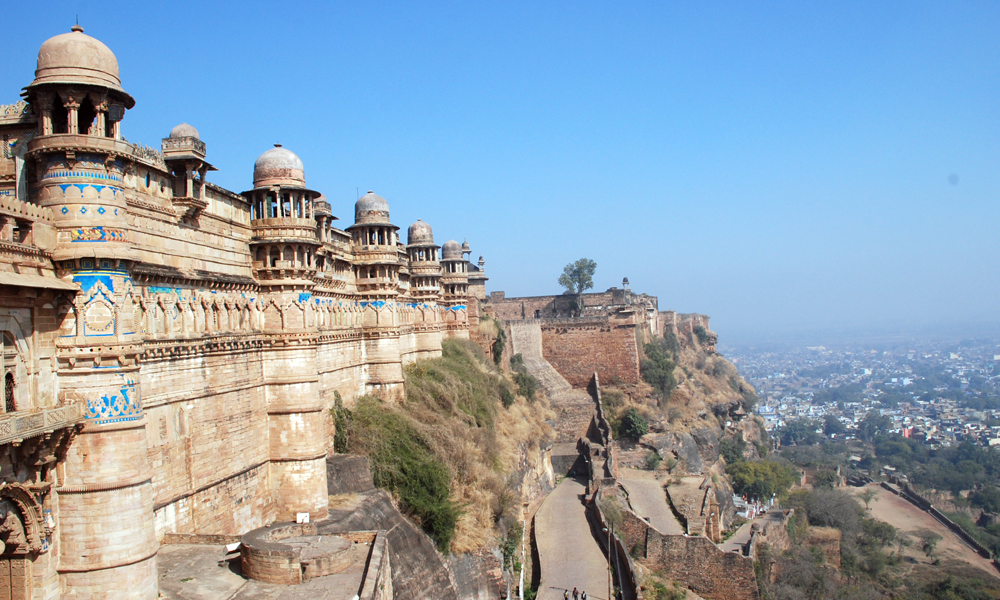 India is a country where modern and traditional worlds meet. This means that there are numerous sites that attract tourists from all over the world. What’s more, it also means that regardless of your interests, you can always find some places to visit and some appealing information to hear and learn.

If you have been thinking about what country to visit and make your vacation both educational and fun, keep reading this article. As you can assume, we are going to focus on beautiful India. We are going to provide you with a list of places that you should add to your list and give you some basic information about them.

Without a doubt, this mausoleum is the most recognized landmark of India, so we have to put it on the initial position on our list. Its construction began in 1631 by the instructions of Emperor Shah Jahan upon the death of his wife, Mumtaz Mahal.

The main architect was Ustad Ahmad Lahauri and over 20,000 people worked on it until it was completed in 1648. Both Shah Jahan and Mahal are buried in a complex that is located in the center of the building. It also includes a mosque and a guest room.

Many people agree that the Taj Mahal is the symbol of India, and also the best representation of Mughal architecture. In 1983, it became one of the UNESCO’s World Heritage Site’s and today it is visited by millions of tourists from every corner of the world. 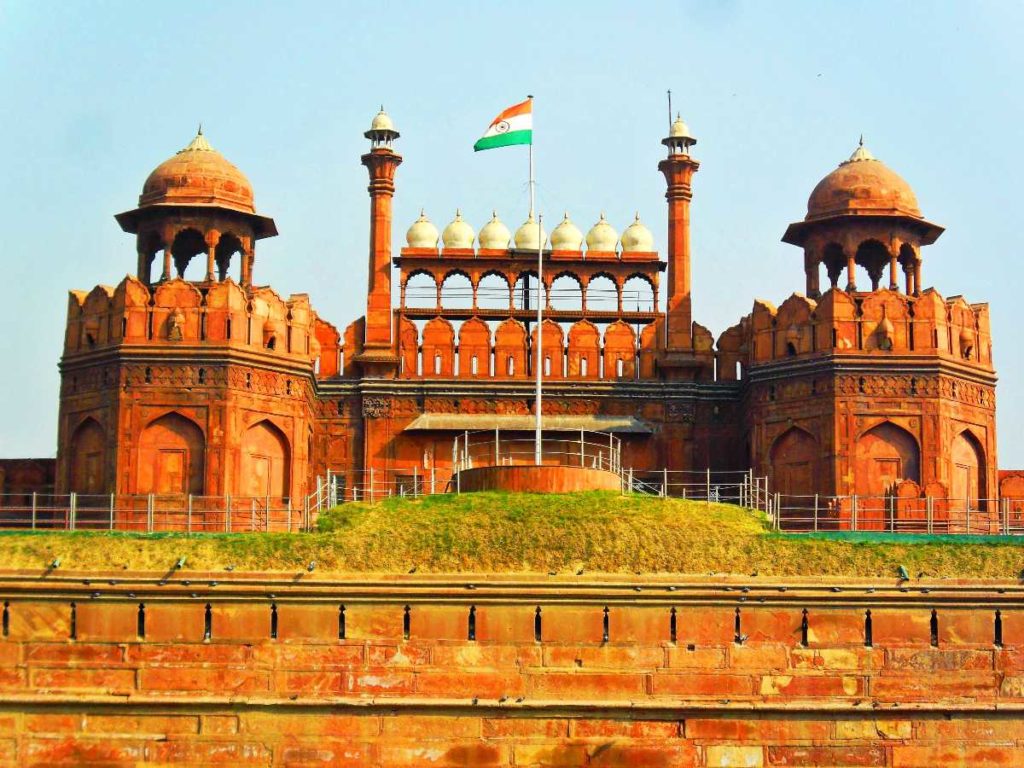 This construction is another one that was commissioned by Shah Jahan. It was built with a goal of serving as a home of the Mughal Emperors. It is located in the former city of Shahjahanabad (nowadays Old Delhi) which was chosen by Jahan as the new capital instead of Agra.

It got its name after the red sandstone that was used in its construction. It spreads on the section of over two square kilometers and it is surrounded by a canal. Here you will be able to see two magnificent gates – Lahore Gate (the main entrance) and Delhi Gate that was used only by emperors.

You can go and visit this complex on your own, but if you want to gain insight into the history of this place, our advice is to go on a guided tour. Once you are done with your walk, there is a bazaar called Chatta Chowk where you will be able to purchase anything, from food to handmade souvenirs and jewelry.

We have got another suggestion for you. If you have enough time, you should stay until the end of the day because you will have to opportunity to enjoy a light show that will introduce you to all significant points in the history of this place.

Jaisalmer aka The Golden City 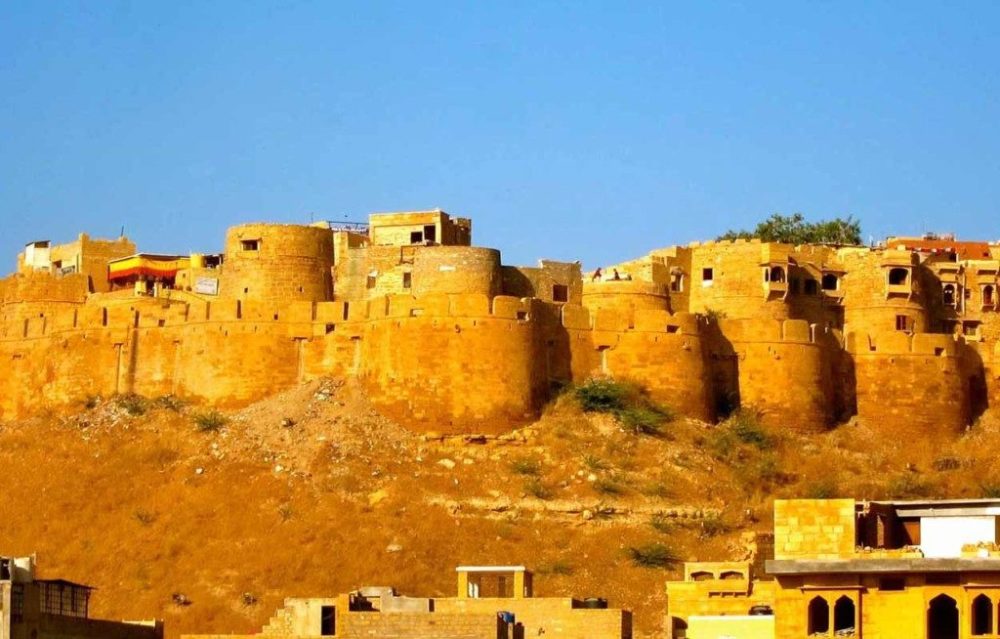 This glorious town is located in the heart of the sand dunes in the Thar Desert. Built as a strategic base, nowadays, this city is the home to 78,000 people. Besides old mansions and spending gateways, this city is also the residence of Jaisalmer Fort.

This fort was constructed in the 12th century by the city’s ruler, Bhati Rajput. Through its history, it has witnessed many battles and nowadays it is another popular attraction that you should not miss on your vacation. Besides multiple temples and palaces as well as numerous homes, here, you can visit the Raj Mahal which is actually the royal palace. A section of the palace is open to the public and make sure not to miss the Gyan Bhandar 1000-year-old library.

While on the subject of golden buildings, we have to mention Harmandir Sahib also known as the Golden Temple. This breath-taking and also one of the most important sites in the whole world, the Sikh shine is located in Amritsar, Punjab, India.

The temple was commissioned by Guru Ram Das and built-in 1577. Its design combines Islamic and Hindu styles and today, it is open for all people of the world regardless of their faith. Besides Akal Takht, other buildings include the offices of the Gurdwara Committee, a museum, a clock tower, and so-called langar which is actually a kitchen that serves meals to all the visitors.

The holy city of Varanasi

This city, also known as Banaras, Benares, or Kashi is located on the bank of the Ganges River in Uttar Pradesh, in India. Due to the fact that this city dates back to the 8th century, it is one of the oldest cities in the world that is still populated.

In addition, it is also the holiest out of seven cities that are called Sapta Puri, in both Jainism and Hinduism. There are thousands of temples in this city, and one of the most important is the Kashi Vishwanath Temple that was built in 1780 by Ahilya Bai, the Maratha ruler.

Furthermore, there are over 100 ghats in the city of Varanasi, the largest of which are Assi Ghat and Dasashvamedh Gath. This city is also the home to Banaras Hindu University that is famous for its mesmerizing library that has over one million books. If you want to learn more about the history of this area, you should visit the Bharat Kala Bhavan museum where you will have the chance to see exhibits of sculptures and miniature paintings.

Before we conclude this article, let’s discuss some places that you have probably seen in Indian movies and maybe, they are one of the reasons why you chose this country for your vacation. Depending on the location of your accommodation and the duration of your visit, you can go to places like Fort Aguada of Goa, Rohtang Pass of Himachal Pradesh, Tea Plantations of Munnar, Gulmarg of Kashmir, Howrah Bridge of Kolkata, and so on. Wherever you choose to go, don’t forget to listen to some original tunes on the pagalsongs website from your favorite films.

All in all, as you can see, India is a country that jealously protects its history and its citizens are happy to share it with tourists and introduce them to their everyday life. Don’t forget to taste the local dishes such as biriyani, stuffed paratha, vindaloo and rogan josh, and clearly, kebabs.