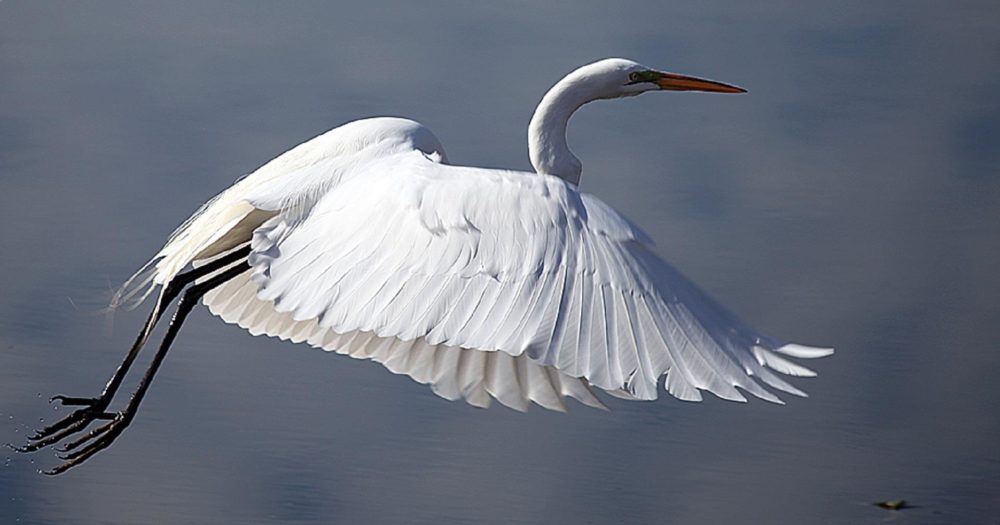 The bird is native to North America. The bird is longest bird in Northern America and has second largest wingspan than any other bird in North America. It breeds in interior North America and moves to coasts and central South America during winters. The bird was described by German naturalist Johan Friedrich in the year 1789. The bird has a large beak which measures 11.3 to 15.2 cm in males and 10.3 to 14.2 cm in females. Their Wingspan measures 240 to 300 cm. Mean body mass was reported to be 7 kg. The bird make nest in colonies of several hundred birds in pairs. During their migration, they cross mountains and lakes but they avoid open oceans. These birds live more than 16 years. They don’t travel or search to kill their prey. Instead while swimming in lakes they catch their prey. 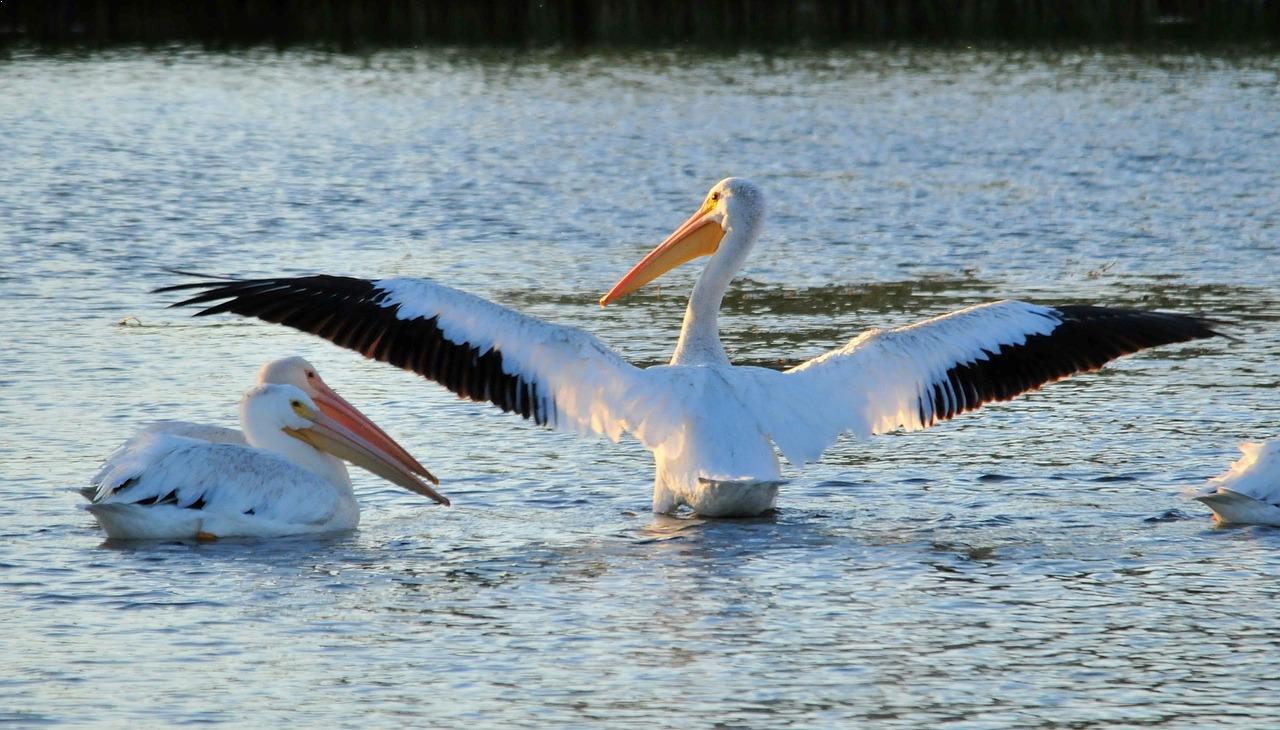 A completely white plumage bird belongs to the heron and listed as one of the most beautiful white birds in the world. It is also called white Egret, great white Egret or great white Heron. They built nests in colonies and near water bodies. The Great Egret is a widely distributed egret with four sub-species in Asia, Africa, America and southern Europe. However in some parts of southern United States, its number have been declined due to habitat loss, improper grazing and due to increased salinity in the water. They are generally distributed across the tropical and temperate belts of earth. Males and females are almost identical in physical appearance. 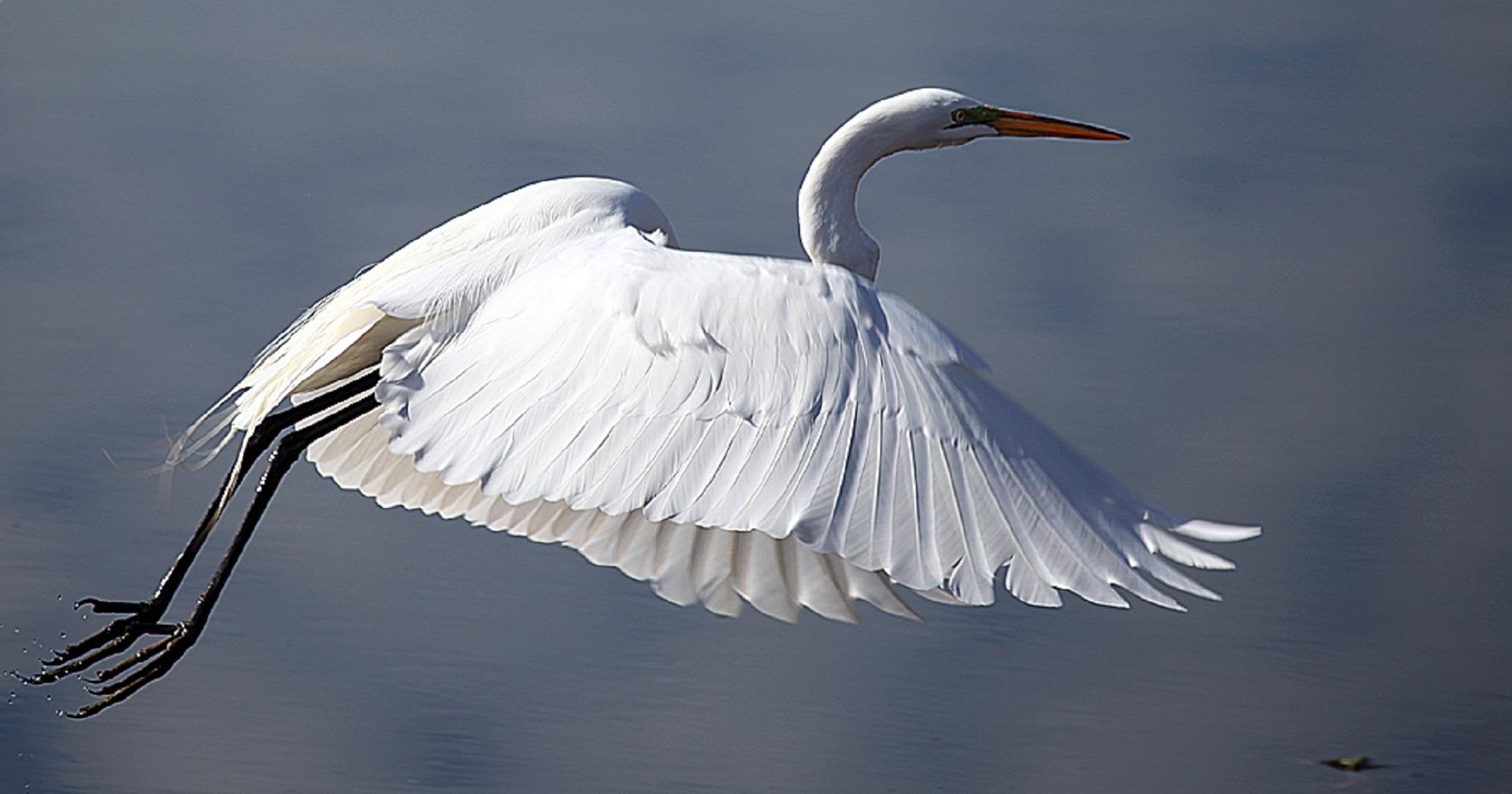 It is a large white owl having yellow eyes and a black beak. It is native to Arctic regions in North America and Eurasia. Both males and females are white with a little difference that females have more flecks of black plumage. Mostly the habit of owl is sleep during the day and hunt during the night but the snowy owl is active during the day especially during summer times. During threatening conditions they raise an alarm call and quack krek-krek. They even clap their beaks in response to threats or annoyance. The bird relies primarily on Flemmings and on other small rodents. They feed on some medium-sized mammals like Squirrels, rabbits, dogs, moles, coots and gulls. It is also known as one of the incredible and amazing Arctic birds in the world. 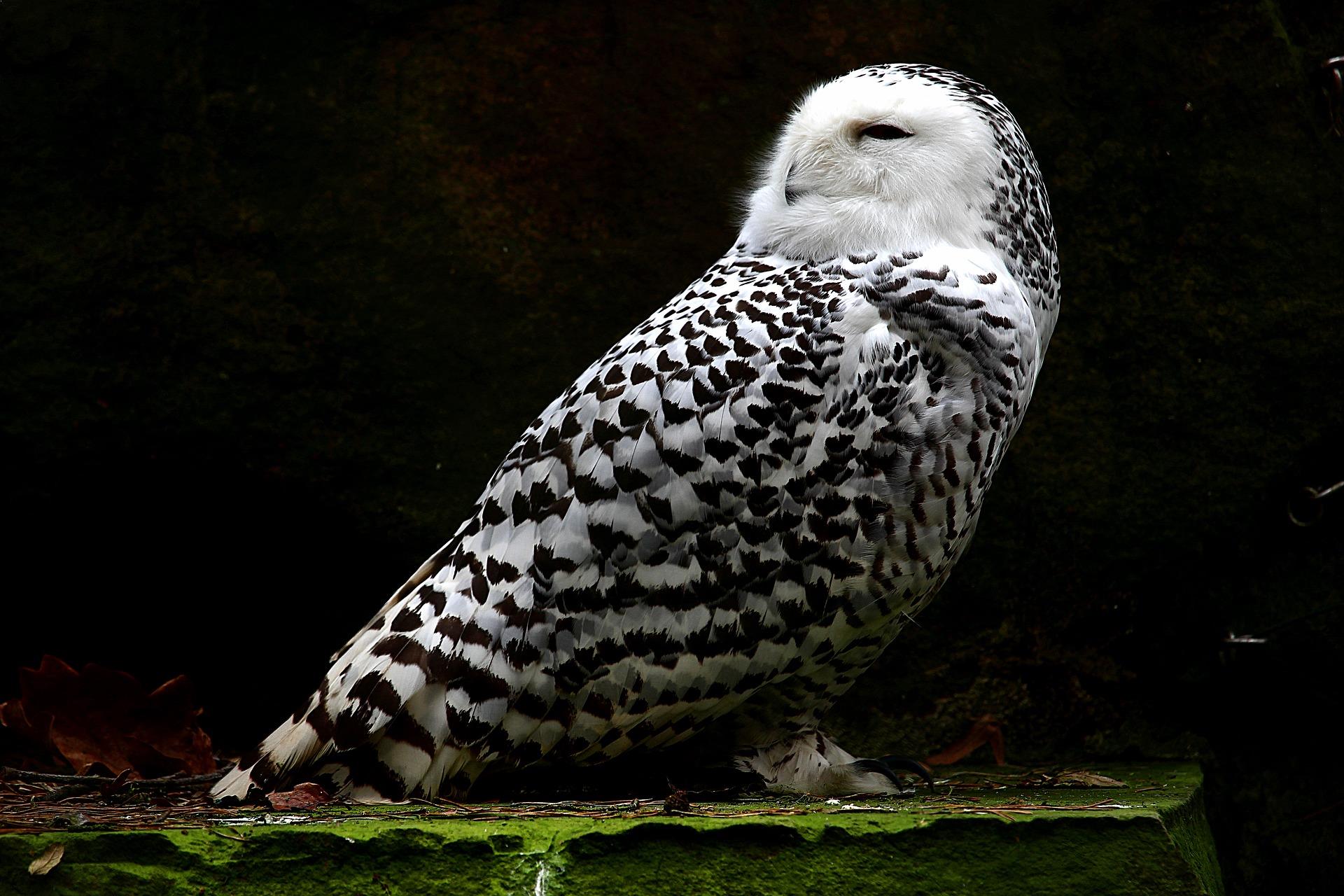 It is a medium-sized bird with overall white plumage and belongs to ibis family. They have long legs, black wing tips that are usually visible when bird is flying. Males are larger than females and they also have longer bills than females. The breeding range includes the Gulf, Atlantic coast and the coasts of Mexico and Central America. Their diet includes aquatic prey such as small fishes and insects. Crayfish are their favourite of all the food. They gather in huge colonies around water during breeding season. Humans population have affected the life of white ibis. It is difficult to identify the sexes of white ibis since both males and females have same external appearances. 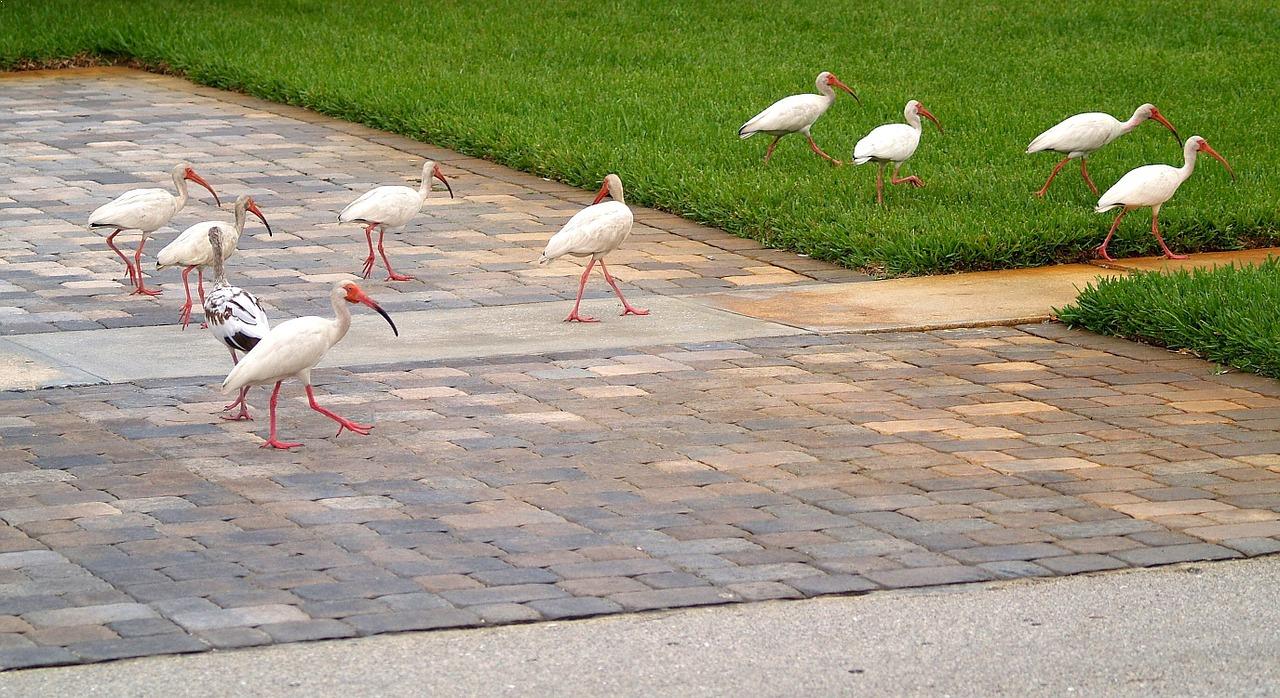 The colouration of the white-tailed kite is full liked and their flight is Falcon like. They have black wingtips and rounded tail. A medium mid-sized kite measures 35 to 43 cm in length and weighs 250-330 grams. This small raptor bird is found in the regions of North America and South America. They generally feed on rodents and they are good at patrolling on grasslands. They have been observed in combat due to aerial boundaries. Their Wingspan is 29.2 to 32.8 cm and their tail is 15.1 to 18.6 cm tall. Apart from breeding season they live in a group of hundreds. 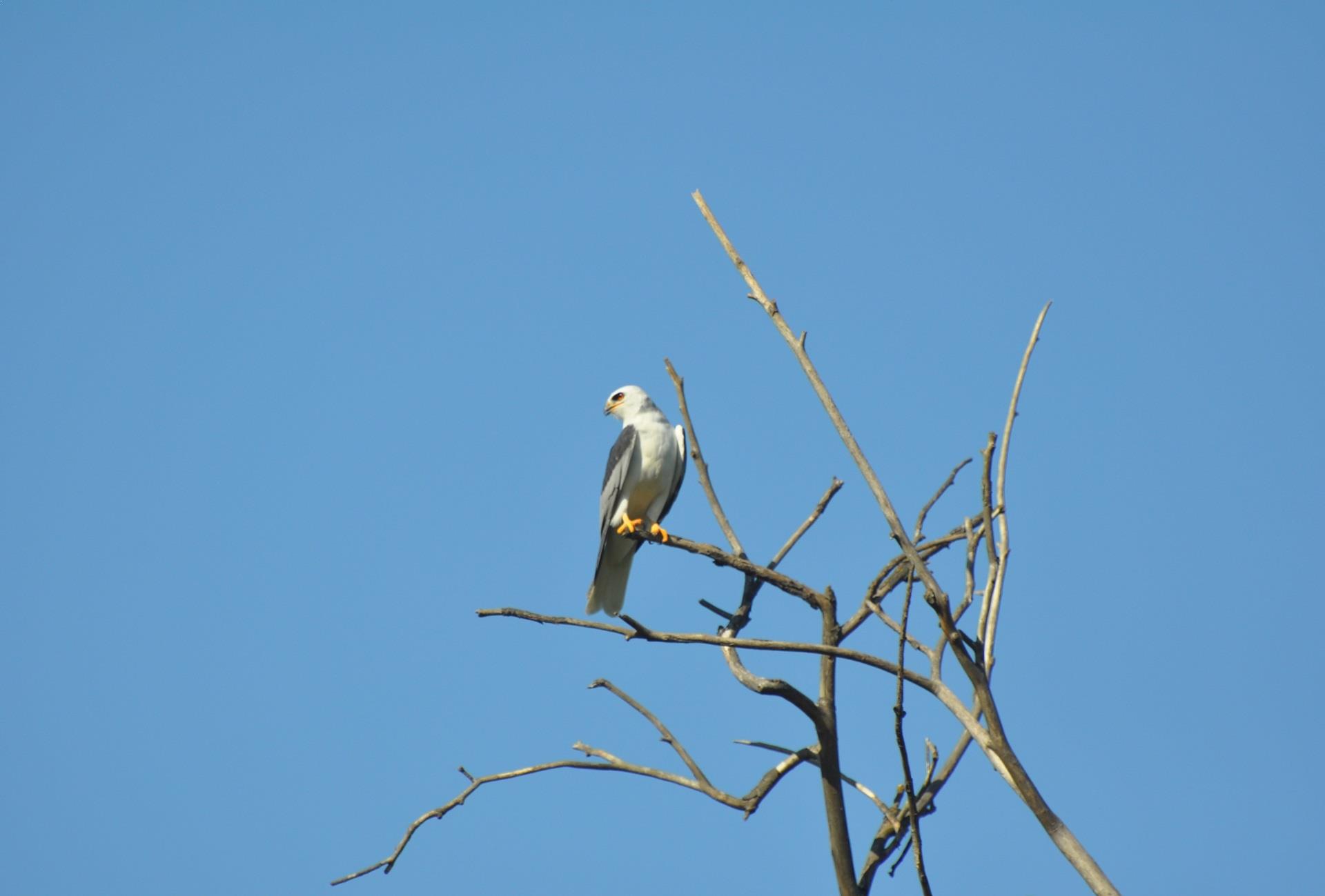 A tern belonging to the family Laridae. It is a small tern with a slender body. It breeds inland in North America and during winters it migrates to the Caribbean and northern Central America. It makes nest on the ground scrape and lays two or more eggs at a time. Males guard the nest during the day and females during the night. The birds breed in colonies on grasslands having members up to 1000 in a colony. This small tern is 33-36 cm long with 64-70 cm long wingspan. The bird had pale grey upperparts and white underparts that makes him one of the most beautiful white birds in the world. The leg is red coloured and its bill is red tipped with black. They are marsh-dwelling species and they can be easily found in freshwater. Sometimes the forester terns share nesting sites with a yellow-headed blackbird. 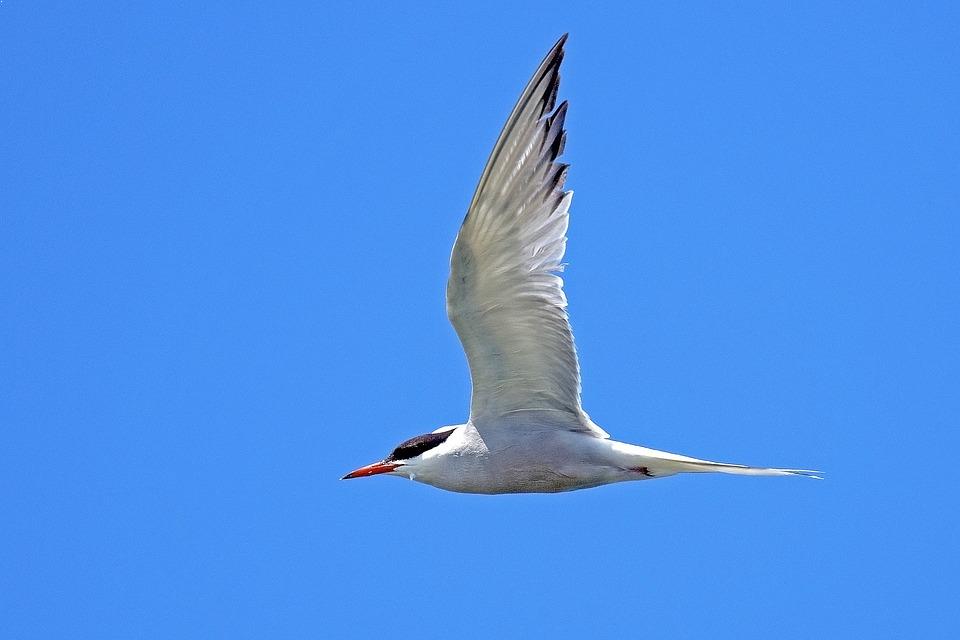 It is a small wader in the plover bird family. It breeds in the regions of Peru, Chile, Ecuador and the western parts of United States. Their colour is mixed between grey and white. Their eye mask is almost absent. Physically they are short legged and males lack a lofous cap. They breed on sandy coasts and brackish inland lakes. They make nests on a ground scrape and lay three to five eggs. 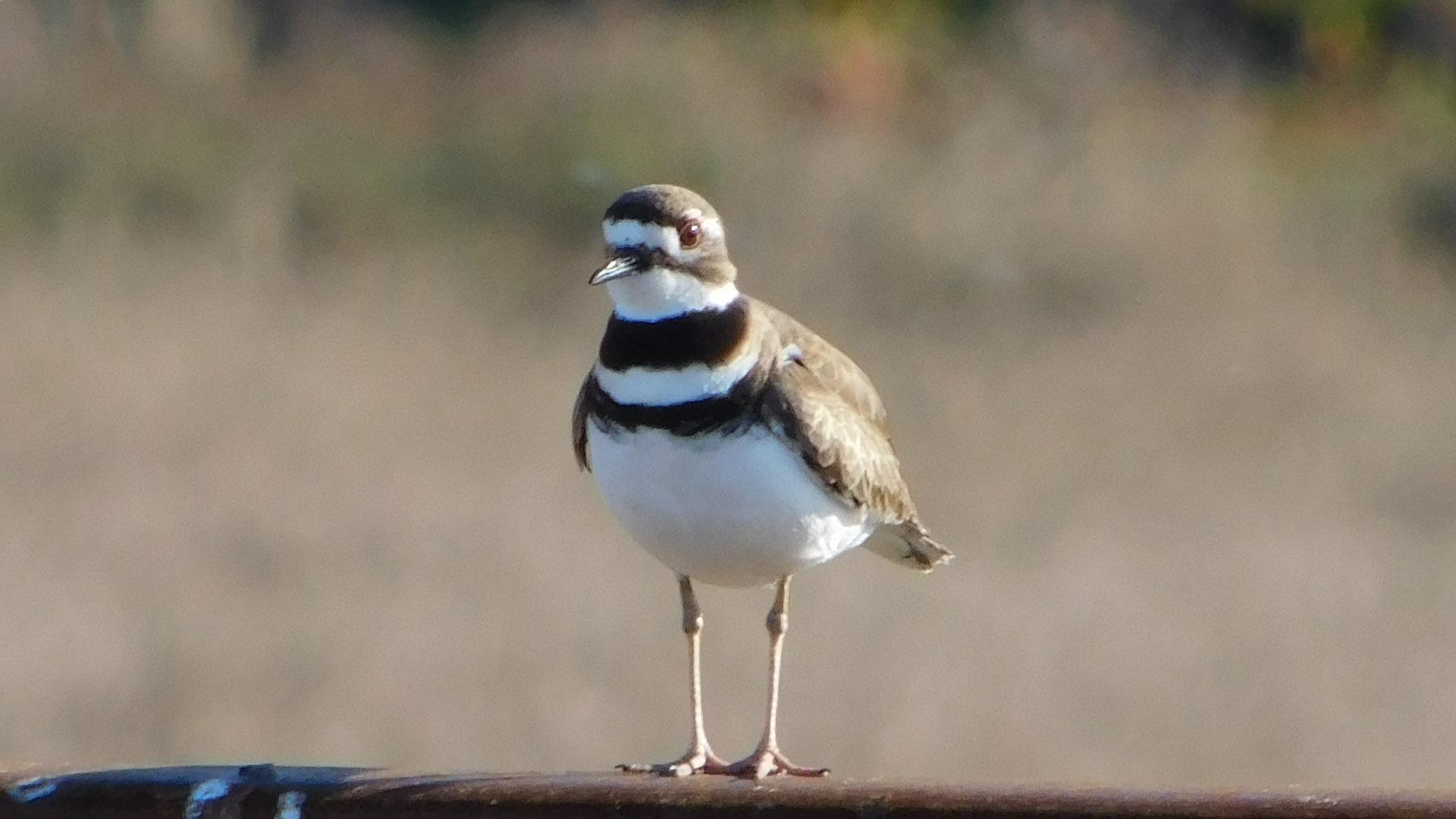 It is a small gull, the only species from the genus Pagophila. The ivory Gull have no sub-species and no fossil fuel members of this genus are known. Its shape is much more similar to pigeon than the Larus gulls. They have harsh flight cry call. The young ivory gulls have dusky face and they have more black flecking in the wings and tails than adults. Their estimated population in 2012 was 19,000 to 27,000. Majority of these were considered to be from coastal lines of Russian. These species are rapidly declining in Canada because of illegal hunting. They take fish, rodents, eggs and small chicks as their diet. It is one of the most beautiful white birds in the world.

Also, read about 10 Best Singing Birds In The World.

It is the tallest North American Bird named for its whooping sound. It is one of the two crane species found in North America. A whooping crane is a white colored bird with a long dark pointed bill and a red coloured crown. Their calls are loud and can be listened at a distance of 1 kilometres. Their calls are called as “guard calls” because they use it to warn their partner about danger and threats. They forage while walking in shallow water. Six studies from 1946 to 2005 have reported that blue crabs are the significant food source of these cranes. 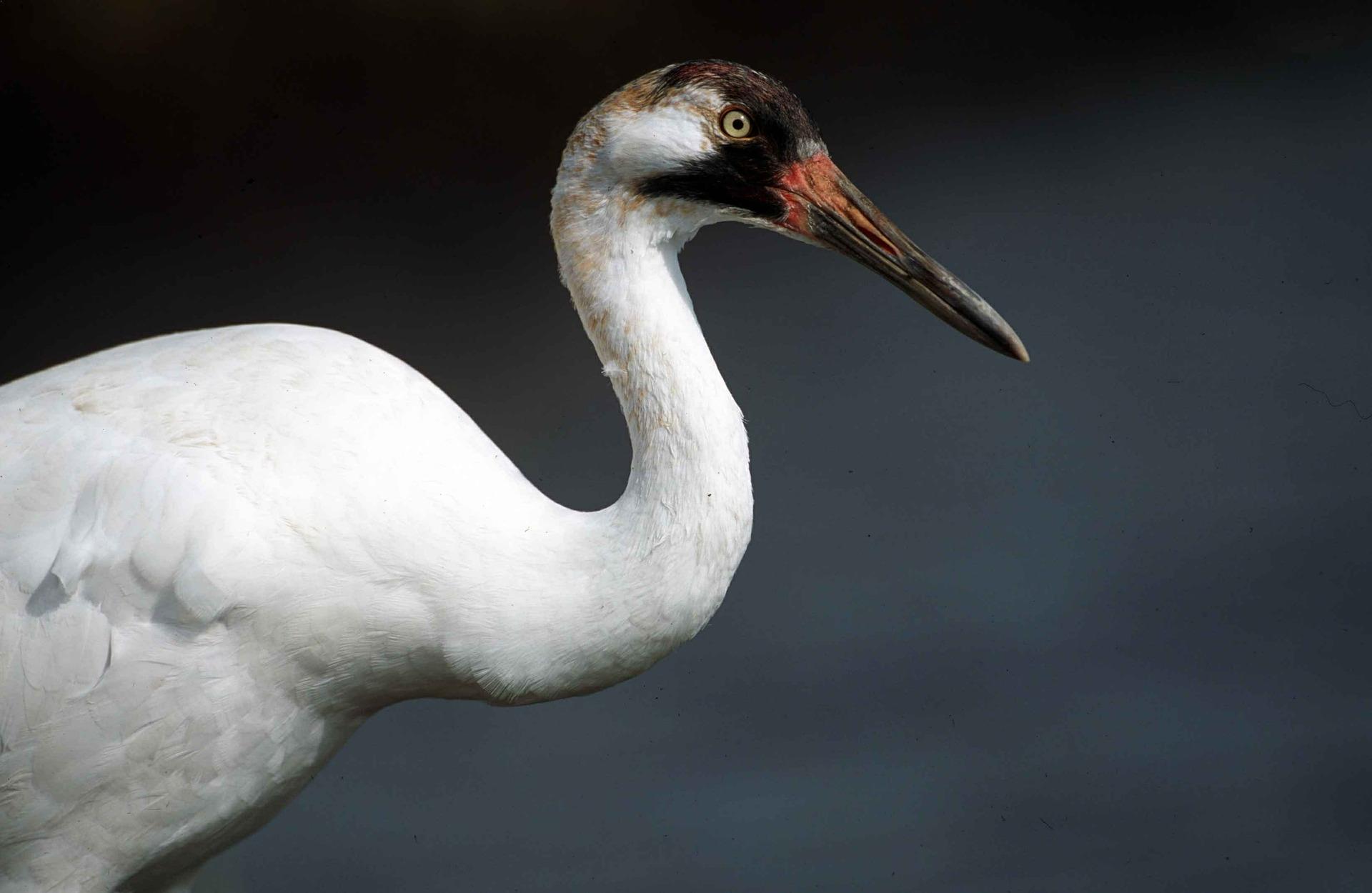 Sanderling is a tiny pale grey wader. It can be seen darting along seashores. It is a circumpolar Arctic breeder and is a long-distance migrant. They are complete migrant and travel 3000 km to 10000 km. The bird’s size is similar to the size of dunlin. They love to run along sandy beaches and prefers characteristic “bicycling” action of its leg. It stops frequently while running to pick small food items. They eat small crabs and invertebrates. They are 18-20 cm in length and weigh 40 to 100 grams. They are territorial during breeding times and males guard their territory. 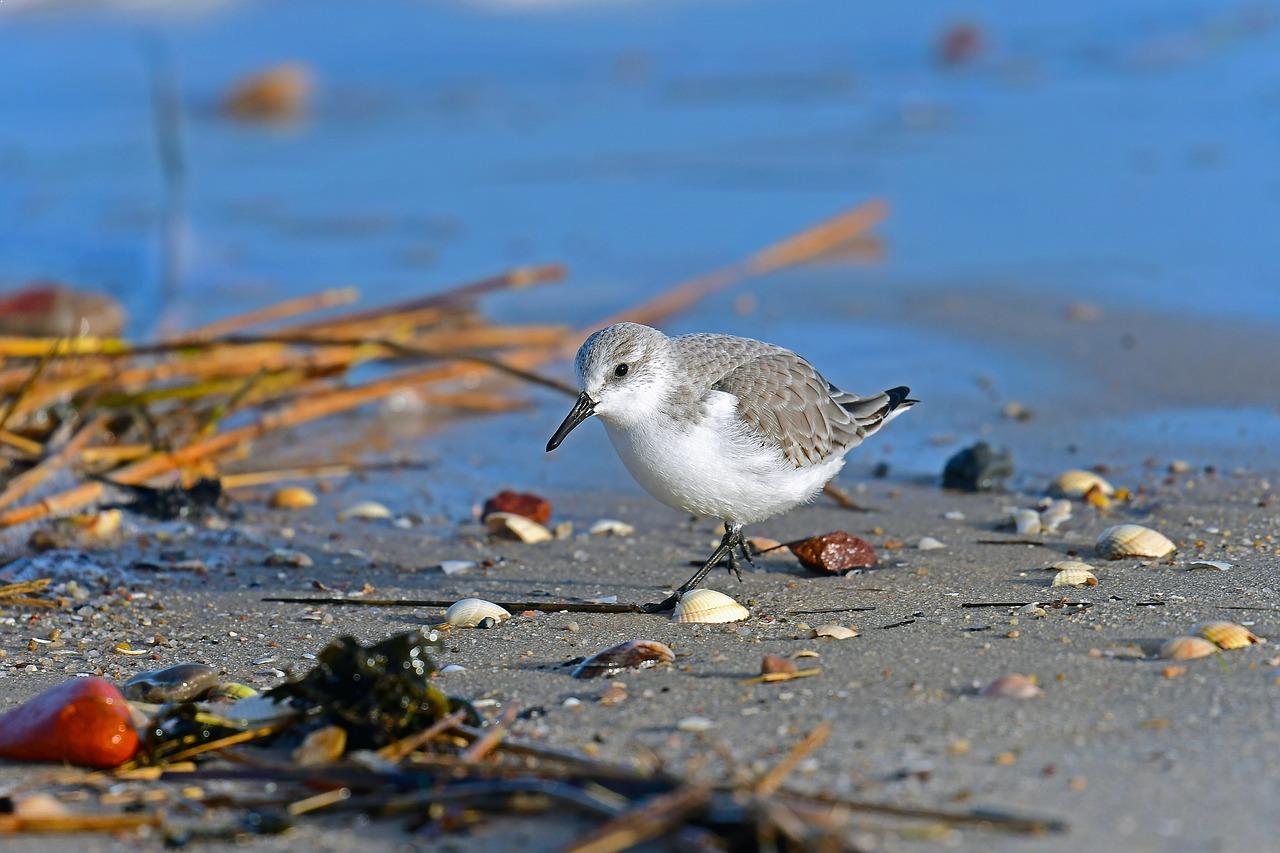 So these are the beautiful white birds in the world. Do post your comments.