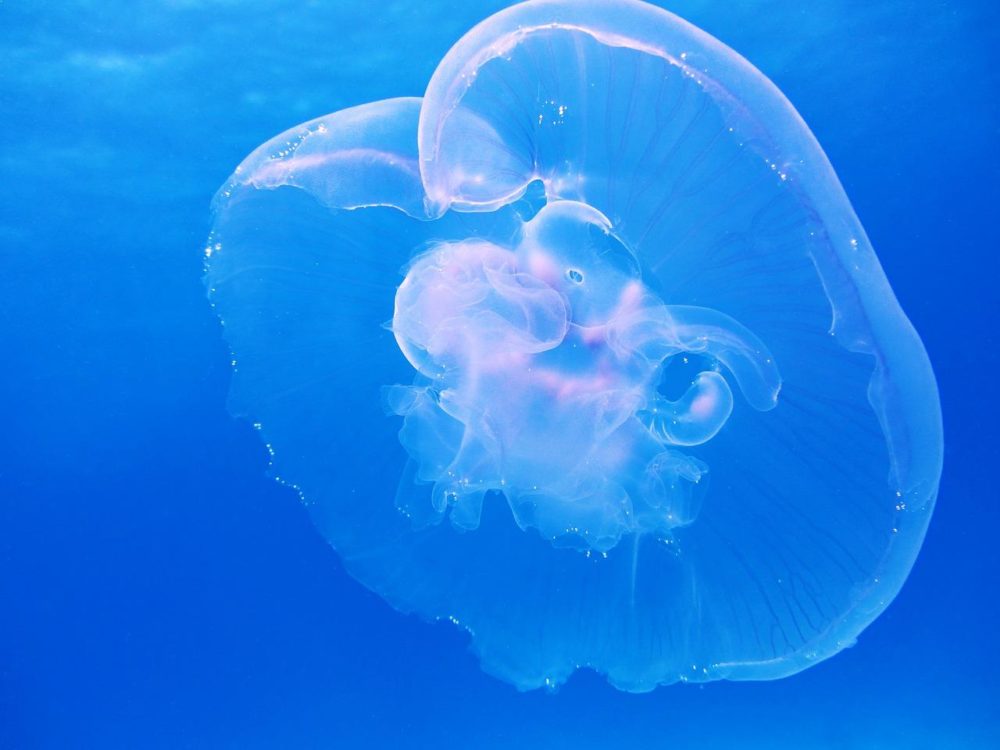 One of the most beautiful butterflies in the world has transparent wings because their tissue between their looks likes a glass. These transparent wings help glasswinged butterfly to protect itself from predators because it is extremely difficult to track it in flight. These butterflies are mostly seen in Mexico, Panama, and Colombia, however, they used to travel long distances during migration so they can also be seen in Florida. They love to feed on plants like Lantana, a shrub with aromatic flowers. Glasswinged Butterfly lay their eggs on plants belong to nightshade family that contains alkaloid compounds poisonous to humans. One of the most interesting deep sea creature, Glass Squid has a unique transparent appearance. There are around 60 different types of Glass Squids mostly seen in the middle depth of the ocean. If you will analyze Glass Squid closely, you will only see a cigar-shaped digestive gland and that is actually a liver for the squid. Almost all Glass Squid have swollen body with two short arms and one enlarged arm. Each short arm has two rows of suckers. These suckers are called hooks of Glass Squid. They can also keep them cool with the help of large chamber filled with Ammonia. You will never get to know that Glass Squid swimming beside until you pass through it. You will analyze one transparent animal swimming without a shadow. Many of the Glass Squids are bioluminescent means they can produce light from their bodies. Surprised! 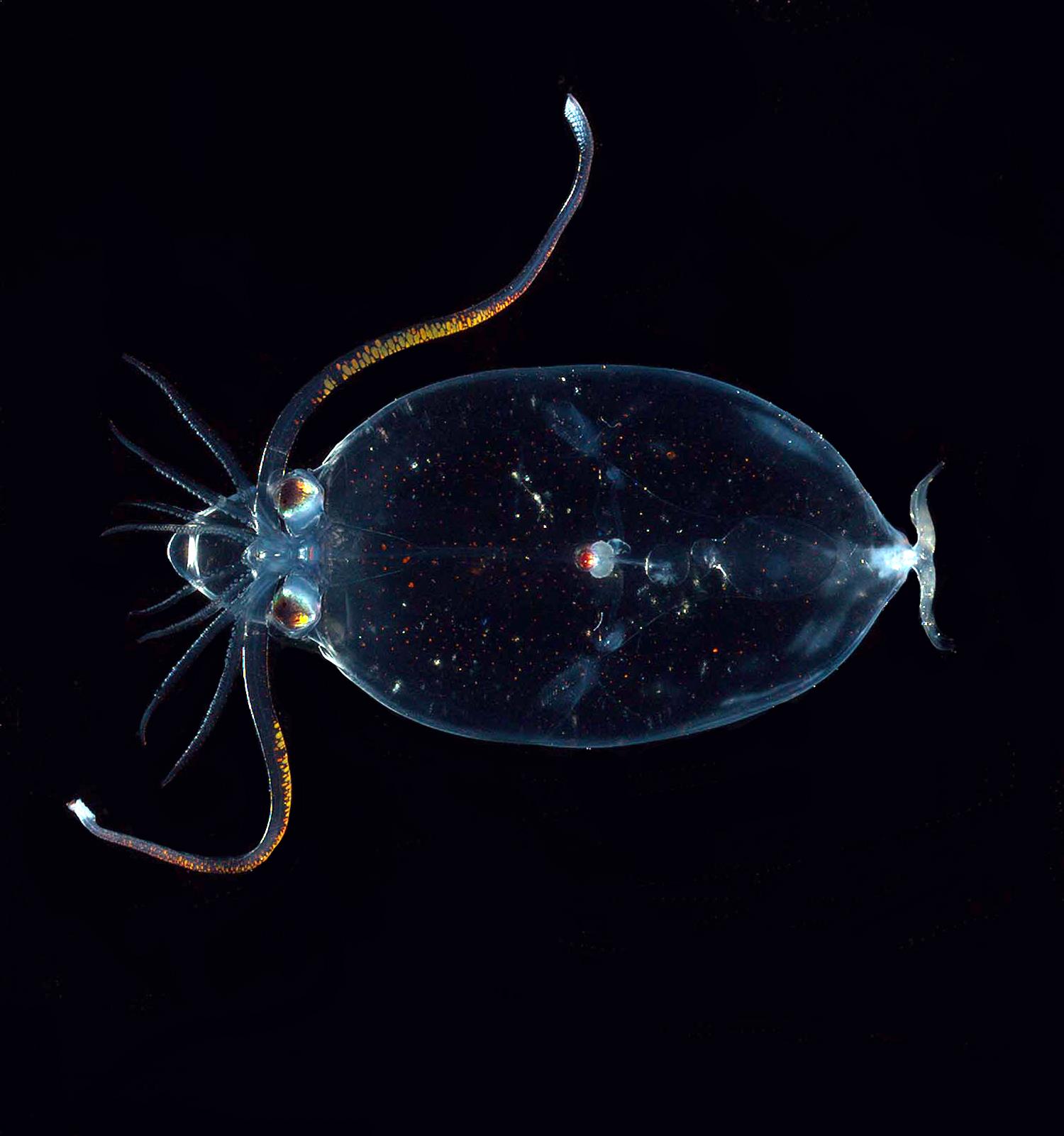 Sea Salp is a barrel-shaped free-floating tunicate which is approximately 10 cm (4 inches) long. Sea Salp is able to move by pumping water through its jelly-like body. They are visible in most of the oceans, however, mostly seen in the Southern Ocean. It is mostly seen in deep waters and that too in large groups. It will be very beautiful if you see the whole colony of Sea Salp moving together in perfect synchronization. During the process of pumping water through its body, Sea Salp feeds on phytoplankton that is in the water. Also, read about weirdest looking animals. 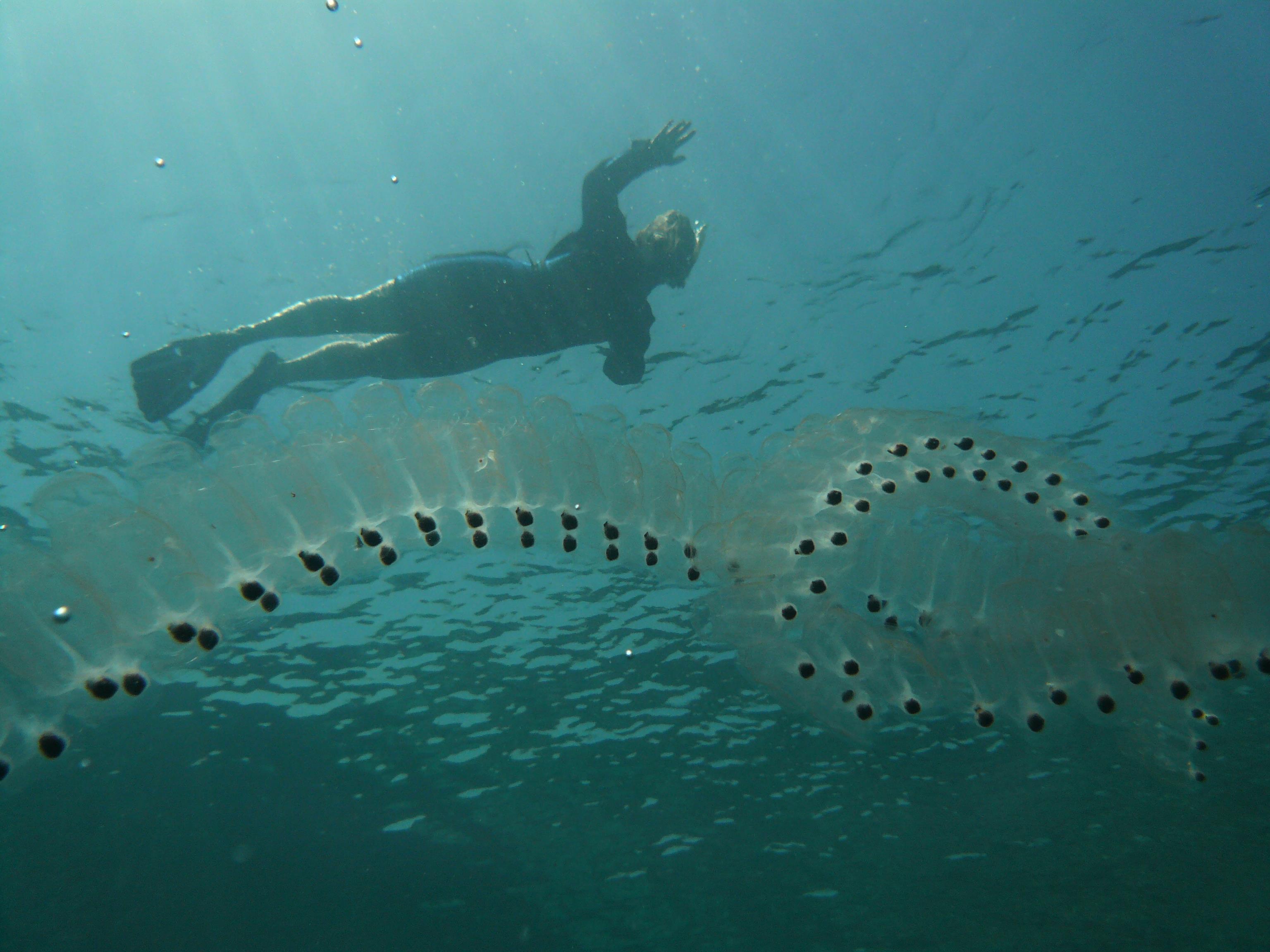 Octopus is known as one of the smartest animals in the world. Glass Octopus is one of the types that posses transparent body that looks like a glass and hence the name. According to the International Union for Conservation of Nature (IUCN), It is listed as one of the animals of least concern because no one is sure about the numbers of Glass Octopus. It is widely spread all across the oceans, it is quite difficult to say whether they are native to either the Arctic Ocean or Antarctic Ocean. Marine Biologists researchers say that transparent nature of Glass Octopus provides them more protection than being a cloak. Glass Frog also is known as “see-through frog” because belly of the frog is covered with translucent skin. Liver, heart, and intestines are clearly visible when you will see the frog from the bottom. There are around 60 different kinds of glass frogs. It is usually seen in southern Mexico, in Central and South America. They love their habitat in the tropical rainforest areas around the world. Also, they are visible on treetops slightly above the water. Glass Frogs can also be kept as pets but it requires an extra care and proper climatic conditions for them to survive. Poison dart frog is one of the most dangerous Amazon rainforest animals.

It is also known as the warty comb jelly. They look similar to jellyfish, However, they are not true jellyfish but comes under the group of animals known as comb jellies. It has an oval body along with 4 rows of vertical ciliated combs. These ciliated combs will glow blue and green when disturbed. Also, Comb jellies are known to have no stinging cells instead they use sticky mucus to catch its prey. They are usually seen on the east coast of North and South America. Sea Walnut was accidentally discovered in 1982 in the Black Sea, where it was transported by ballast water. 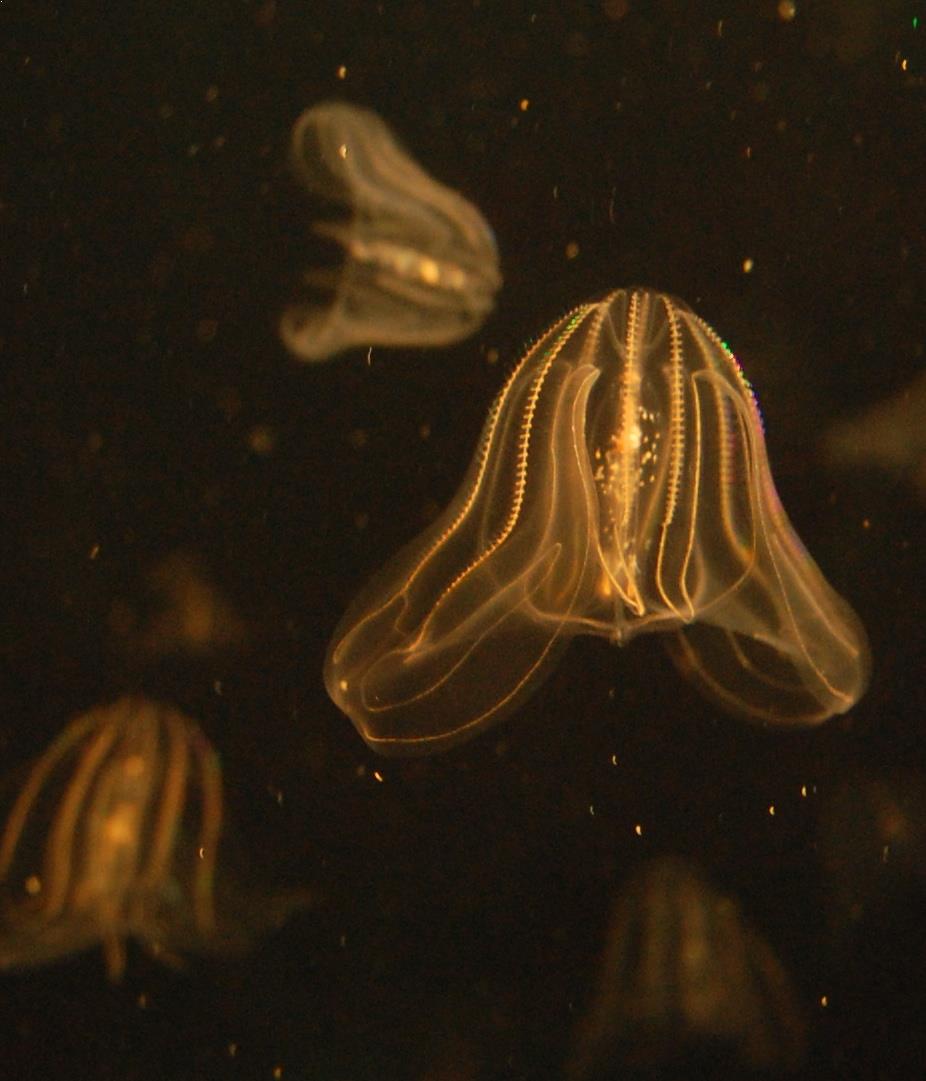 It is also known as ghost catfish and phantom catfish. Glass Catfish usually a kind of ray-finned fishes of catfish family that is mostly seen in South-Eastern Asia. The first thing you will notice about this fish is its transparent nature because its visceral and spine are clearly visible and hence the name. It prefers slow water flow and seen in Thailand and Indonesia Rivers. It is usually 6-10 cm long body with no pigments in the fish body. 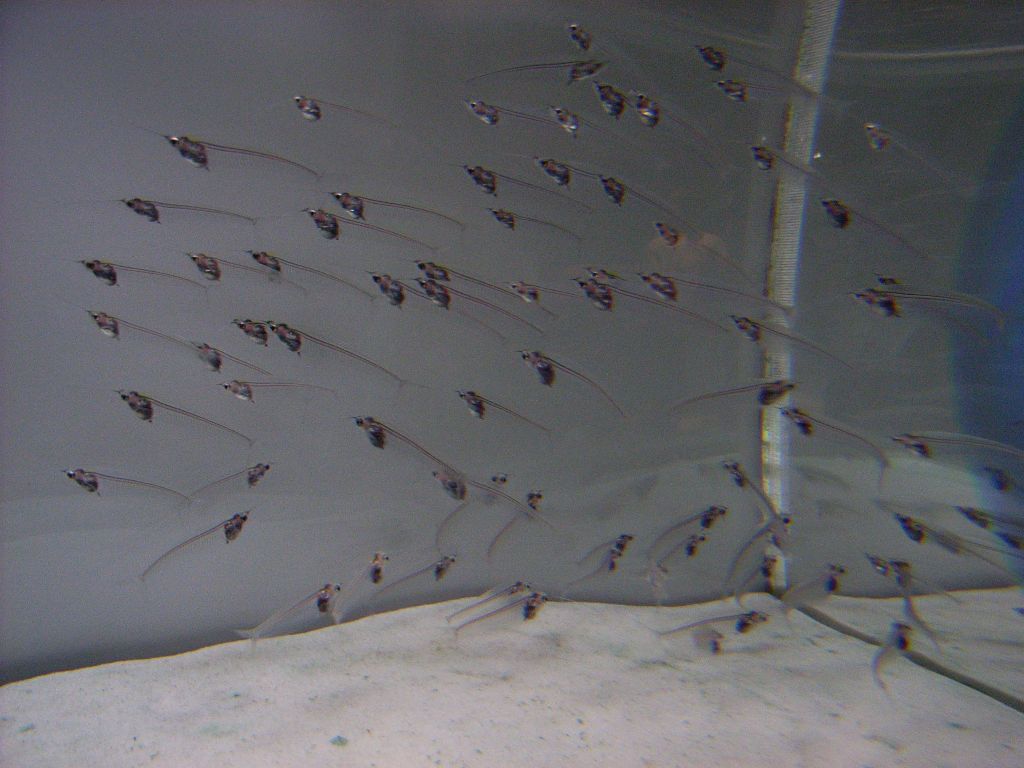 Sea angels are small swimming sea slugs. It is completely transparent and you can see tier heart which is of red color. Sea Angel has wing-like feet that allow hint too quickly through the ocean depth. They catch their prey by shooting tentacles by coming out of their face and grabbing its prey. It is also known as sea butterflies that can grow up to 5 cm. The sea angel is actually translucent and shell-less. There are projections found on the top of the head of Sean Angels acting as sensory organs. 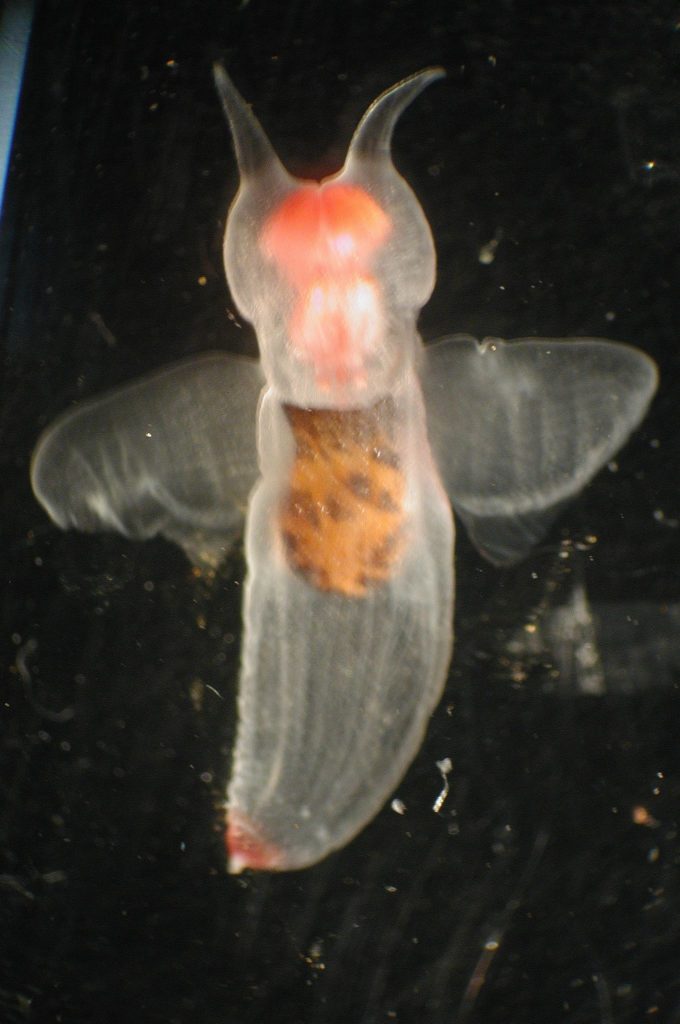 There are many beautiful jellyfish in the world that are transparent or translucent. It is also one of the oldest animal species on Earth that can glow in the dark. One of the types called Box jellyfish is listed as one of the deadliest fishes in the world. Jellyfish have a unique capability of regenerating themselves when you will cut them into two pieces. In the same manner, when jellyfish is injured it may clone itself and can produce hundreds of offspring. Jellyfish don’t have brains instead they have nerve nets that can sense changes in the environment. Crystal jellyfish is one of the bioluminescent animals on planet Earth. 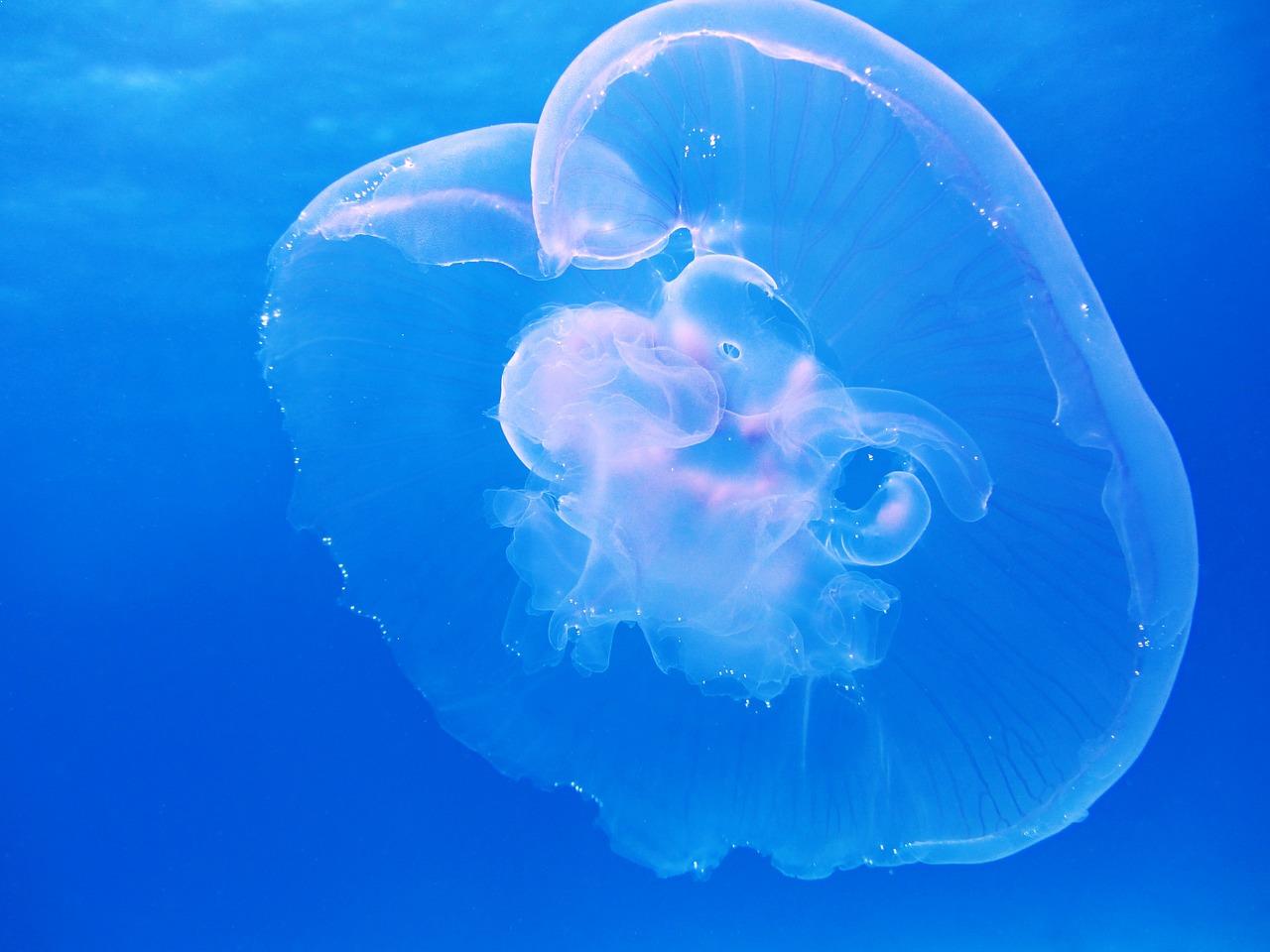 Phronima is a genus of small, shrimp-like deep-sea amphipods. Except in Polar Regions, Phronima can be seen throughout the world oceans. Phronima takes advantage of another sea creature called the salp to survive in the open water. Salps are barrel-shaped zooplankton that can drift throughout the ocean. There are many scenarios in which they can appear alone; however, they are mostly seen in huge chains containing individual salps linked together. Phronima used to attack them and make their hosts. Now, with the help of their front claws, Phronima engrave their body to leave them empty barrel structure. It then climbs inside the body and sails through the sea. 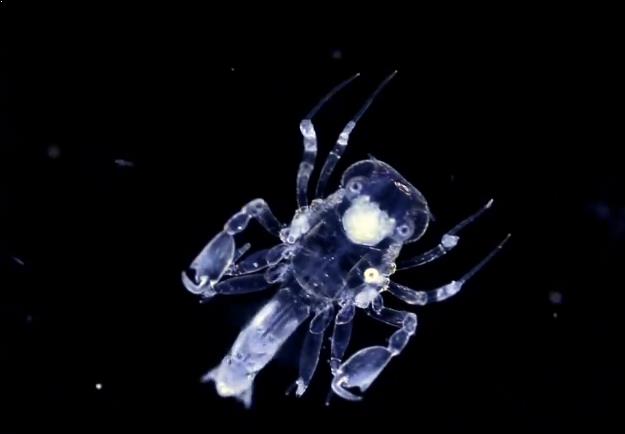 So, these are the top 10 transparent animals found on planet Earth. Kindly share your comments.