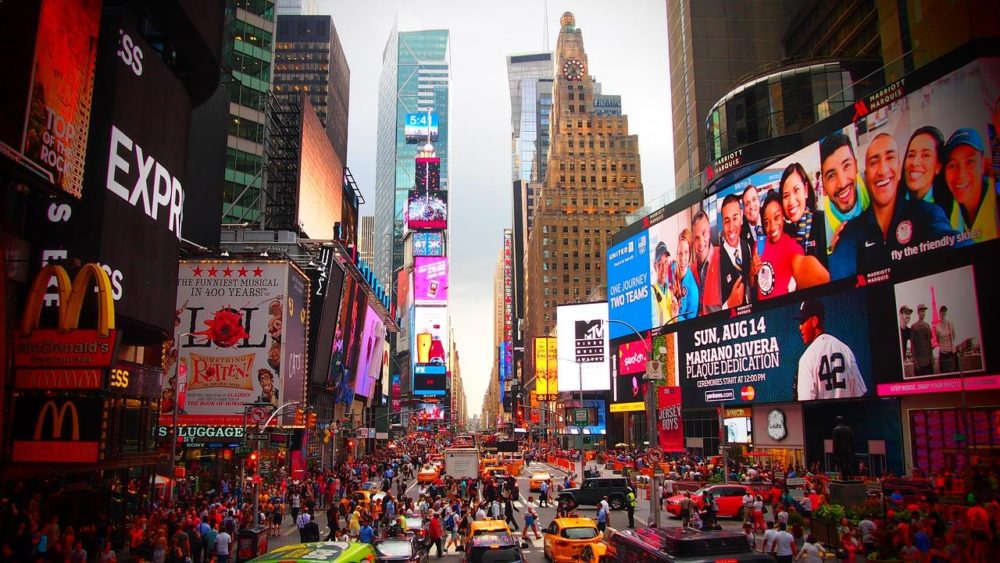 New York City (NYC) or just New York is the most densely populated city in the United States. It is one of the megacities in the world and has been described as the cultural, financial, and media capital of the world. New York is a famous place which offers something to do at every turn. Some people come here just to enjoy the Broadway shows while others come specifically to enjoy shopping and many come simply to see the beautiful sights of the City. In any time of the year and in any time of the day there are an endless array of things to see in New York.
Some of the major tourist attractions in New York City.

It is a giant neoclassical sculpture which stands on the Liberty Island in the New York City of United States. This copper statue is a gift from the people of France to the people of the United States. It was built by the Gustave Eiffel in 1886. The Statue of Liberty is a figure of a robed woman representing a Roman liberty goddess. She holds a torch above her head with her right hand and in her left-hand carries, a tabula ansata inscribed in Roman numerals with “JULY IV MDCCLXXVI” (July 4, 1776), the date of the U.S. Declaration of Independence. A broken chain lies at her feet which is an icon of freedom and of the United States, and it was also a welcoming sight to immigrants arriving from abroad. It is one of the most famous tourist attractions in New York City. 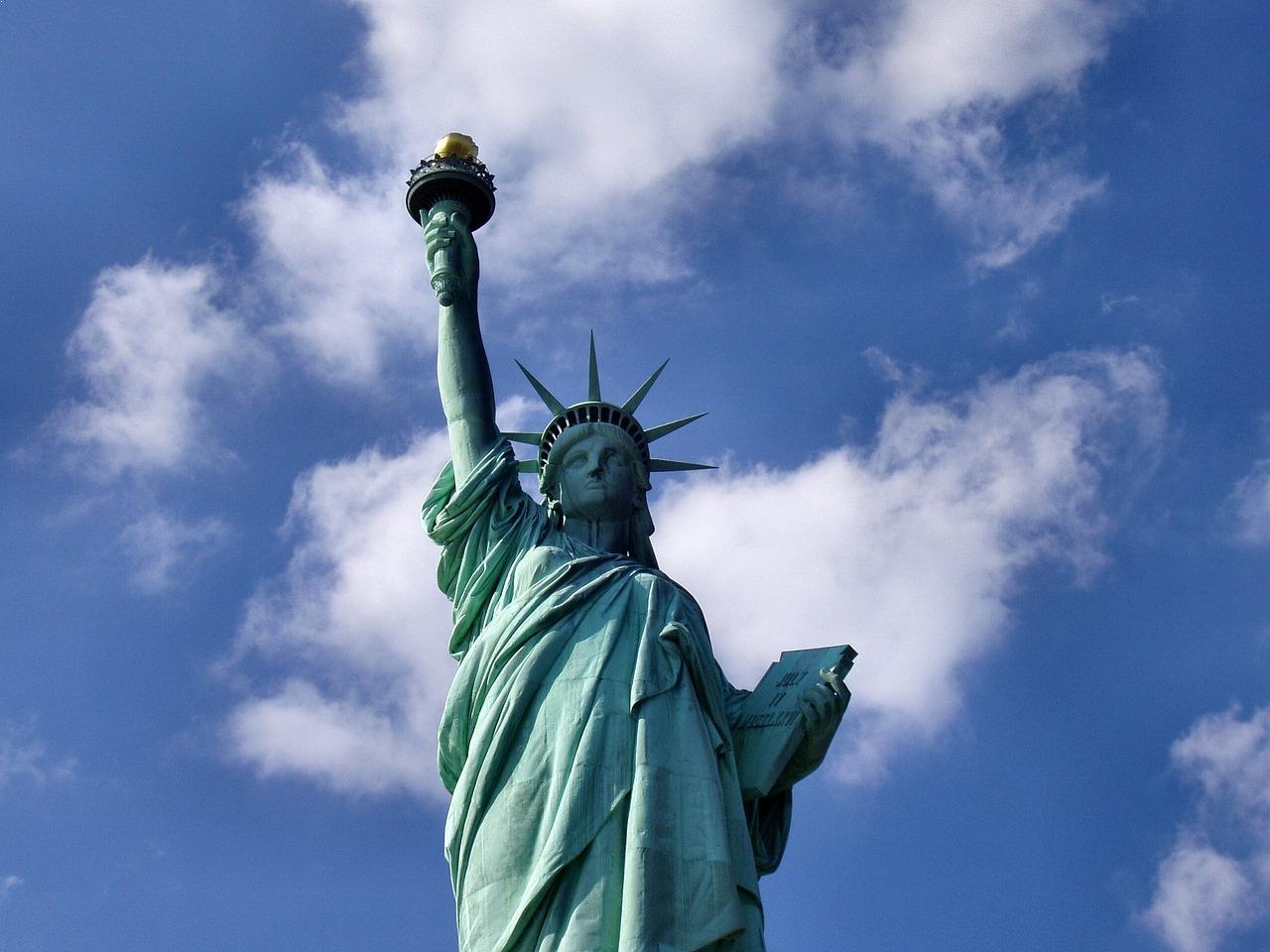 Central Park is located in Manhattan, New York City and covers an area of 843 acres. With 40 million visitors every year, Central Park is the most visited urban park in the United States. The park was established in 1857 and architect by Frederick Law Olmsted and Calvert Vaux. The Park was designated as National Historic Landmark by the U.S. Department of the Interior in 1963, and in April 2017 it was included in the UNESCO World Heritage sites. Central Park is, no doubt one of the New York City’s greatest treasures which is full of trees, gardens, and various other natural attractions. 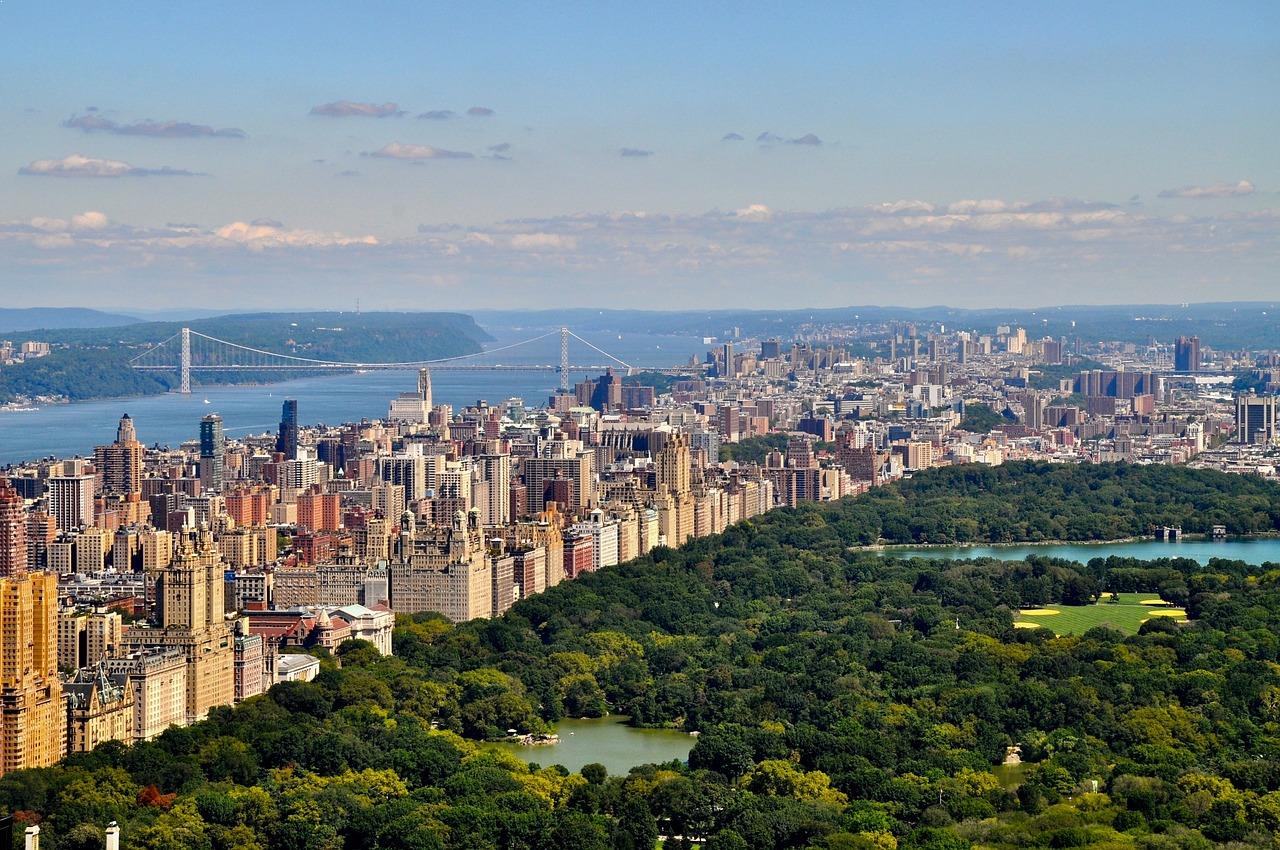 One of the tourist attractions in New York City, The Empire State Building is a 102 storyes building located in the Midtown Manhattan, New York City. It was Designed by Shreve Lamb in 1931. Its name has been taken from the “Empire State”, which is the nickname of New York City. As of 2017, the building is the 5th-tallest skyscraper in the United States and the 28th-tallest building in the world. It is also the 6th-tallest freestanding structure in the Americas. The Empire State Building is an icon of American culture and has been featured in more than 250 TV shows and movies. The tower has also been named as one of the Seven Wonders of the Modern World by the American Society of Civil Engineers. 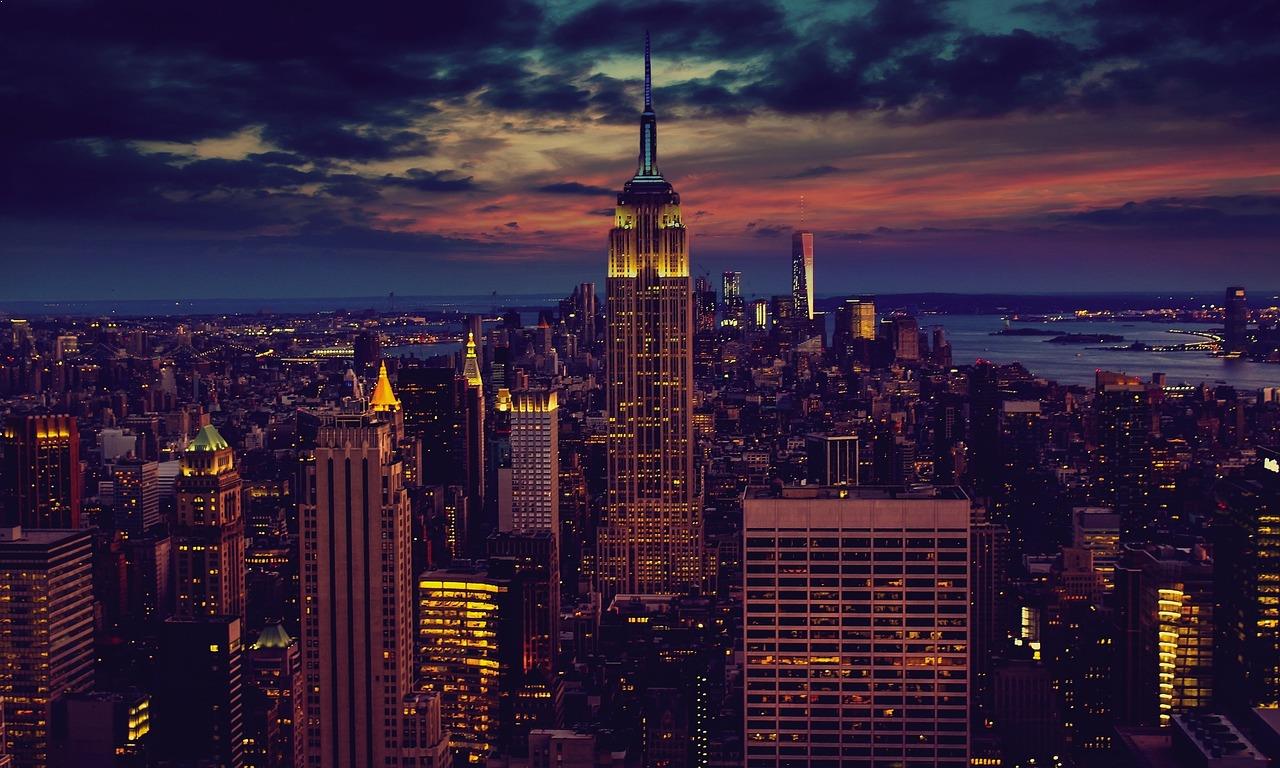 It is the largest art museum in the United States. One of the best museums in the world has 7.06 million visitors per year making it the third most visited art museum in the world. The Metropolitan Museum of Art was established in 1870 for the purposes of bringing art and art education to the American people. It contains an extensive collection of art, architecture, and artefacts from Medieval Europe which are about 2 million years old. It also has a grand setting for one of the world’s greatest collections of art, from ancient to contemporary. The museum is also home to encyclopedic collections of musical instruments, costumes, and accessories, as well as antique weapons from around the globe. 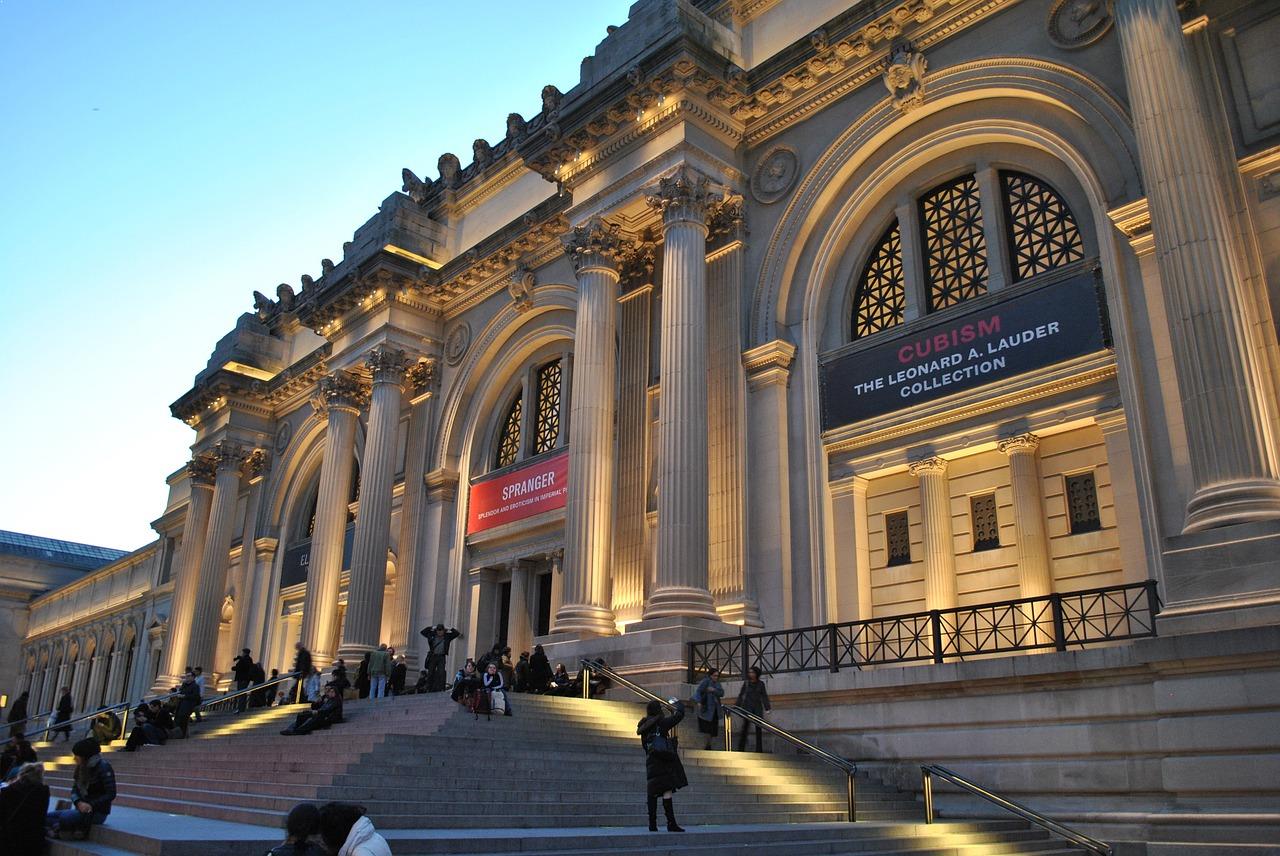 The High Line, also known as the High Line Park is a 2.33 kilometers long elevated linear park, greenway and rail trail in the New York City. Due to its declining usage, the railway trail was effectively abandoned in 1980 but it was finally re-opened to the public on September 21, 2014. Since its opening, the High Line has become an icon of contemporary landscape architecture. The attractions in the park include naturalized plantings which grew on the disused tracks and views of the city and the Hudson River. The success of High Line has encouraged many cities throughout the United States to renovate the obsolete structures as public space. 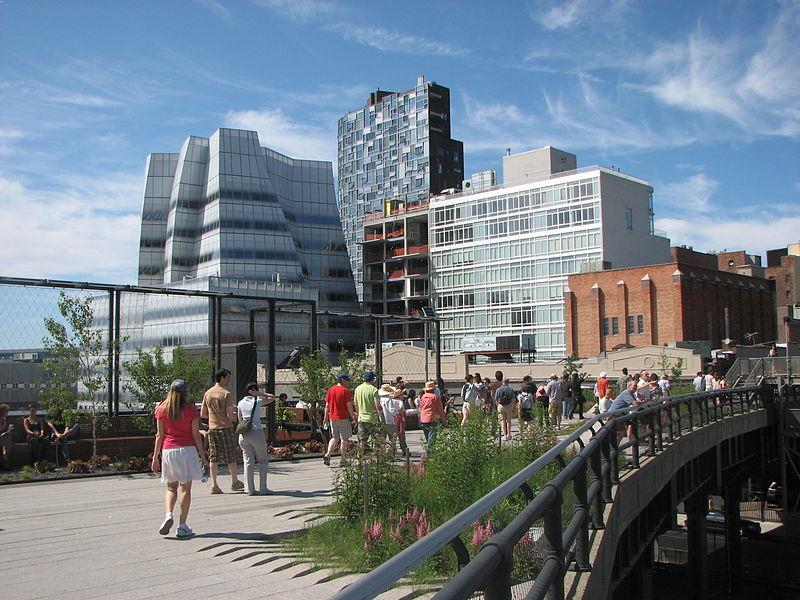 Grand Central Terminal also known as Grand Central Station is a commuter and intercity railroad terminal located in Midtown Manhattan in New York City. It covers an area of about 48 acres and has 44 platforms which are more than any other railroad station in the world. Grand Central Terminal’s distinctive architecture and its unique interior design have earned it several landmark designations, including U.S. National Historic Landmark. The terminal is also one of the world’s most visited tourist attractions, with 22 million visitors every year. 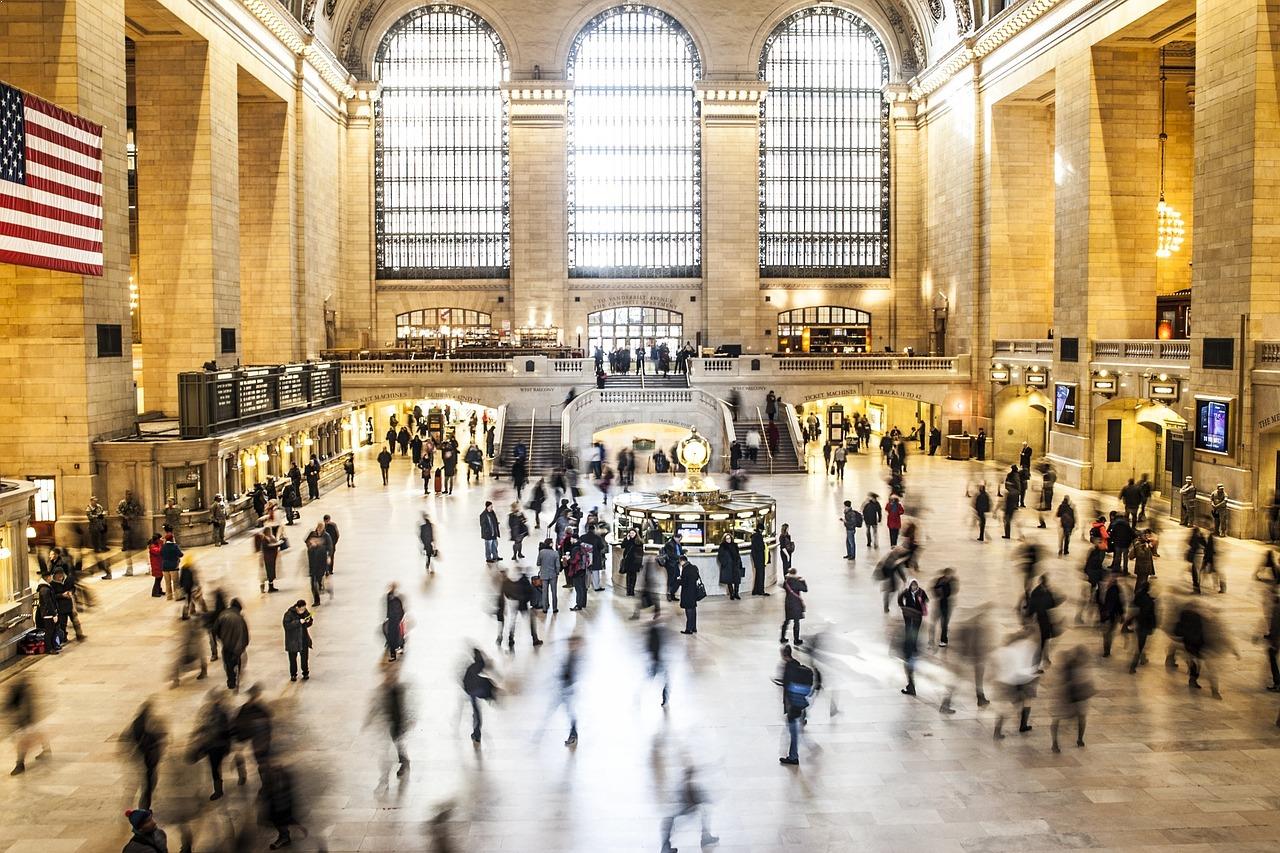 Times Square is a major commercial intersection located in the Midtown Manhattan of New York City. It is beautifully adorned with hundreds of billboards and advertisements and that is why Times Square is sometimes referred to as “The Crossroads of the World”. It is also one of the world’s busiest pedestrian areas with approximately 330,000 people passing through Times Square daily, of which many of them are tourists. This fantastic place draws an estimated 50 million visitors every year. It is also the hub and a major centre of the world’s entertainment industry. 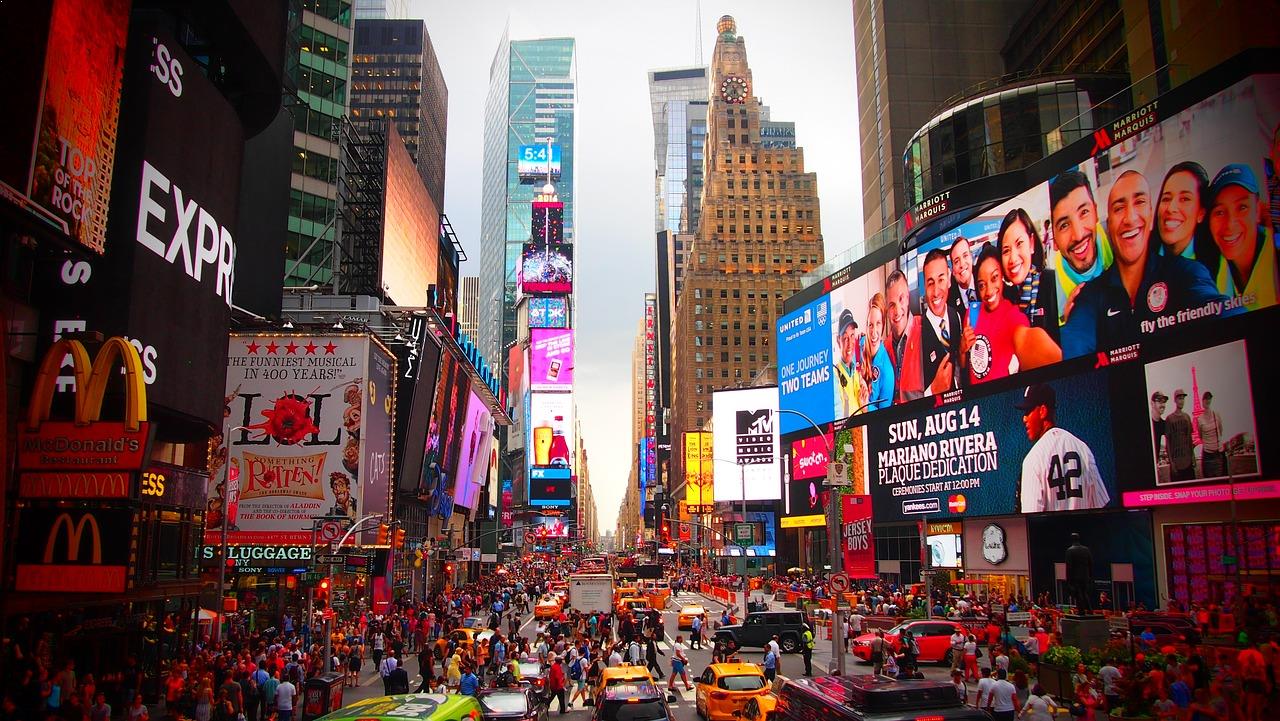 Rockefeller Center is a great complex building in New York City. It is a historic landmark for dining and shopping located in the heart of Midtown Manhattan. It encompasses 19 commercial buildings in an area of about 22 acres. The construction of the complex was completed in 1939, and since then it is one of the most popular attractions in New York City. This iconic landmark has also been featured in dozens of films and TV shows over the past century. 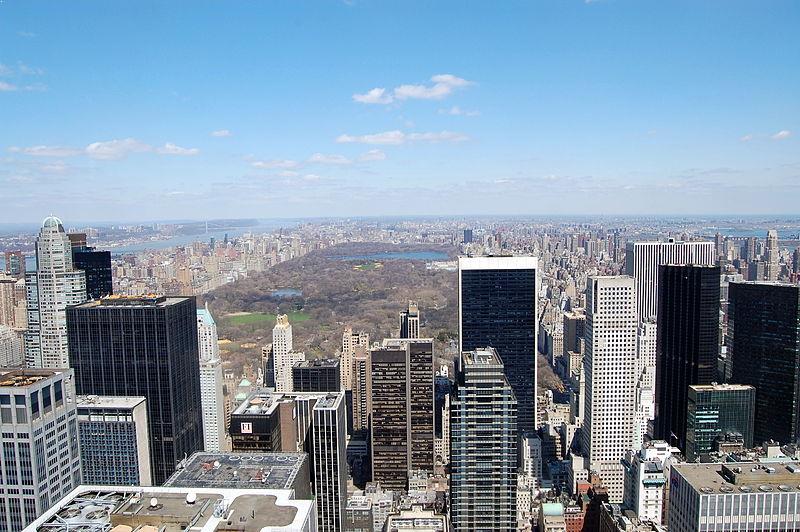 9. Broadway and the Theater District

One of the most famous attractions in New York City is the Broadway and the Theater District which offers a delightful excitement and experience to the visitors. There is no place in the world that is bigger and brighter than Midtown Manhattan. The neon signs, the giant screens of Times Square and the Theater District blend together to create a dazzling scene in New York City. It is a place where many theatres, movie theatres, restaurants, hotels, and other places of entertainment are located which makes the visitors spellbound. It is one of the most popular tourist attractions in New York City among travellers and locals. 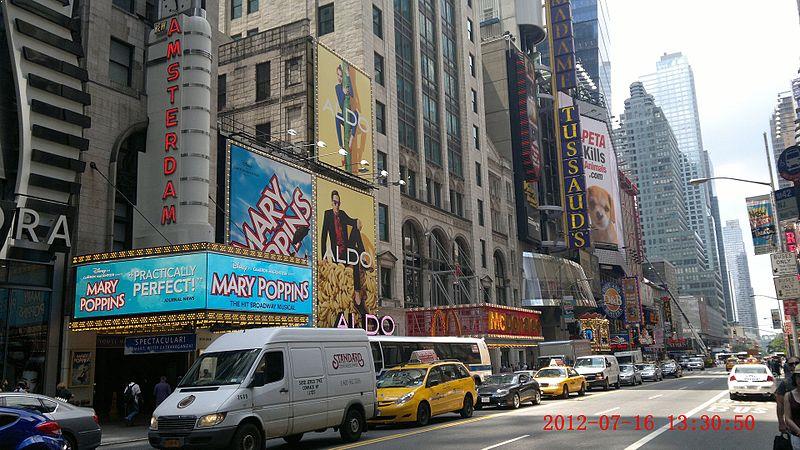 St. Patrick’s Cathedral is one of the finest buildings and most spectacular churches of Roman Catholic in the New York City. It is a prominent landmark of New York City and is considered one of the most visible symbols of Roman Catholicism in the United States. This international landmark was constructed in the year 1879 and attracts more than five million visitors each year. With its 330-foot spires, it has a seating capacity of 2,400 people and also has numerous altars and stained glass windows, and a giant organ with 7,855 pipes. 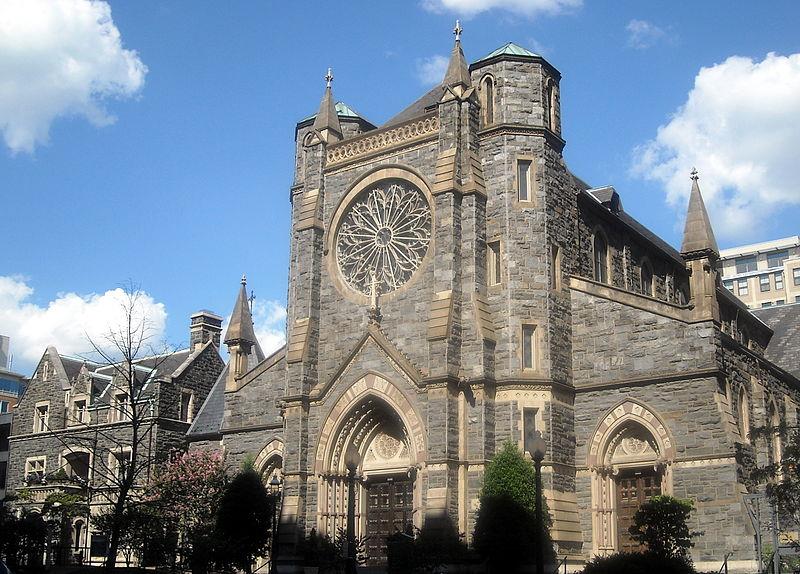 These are the best tourist attractions in New York City. Do post your comments.