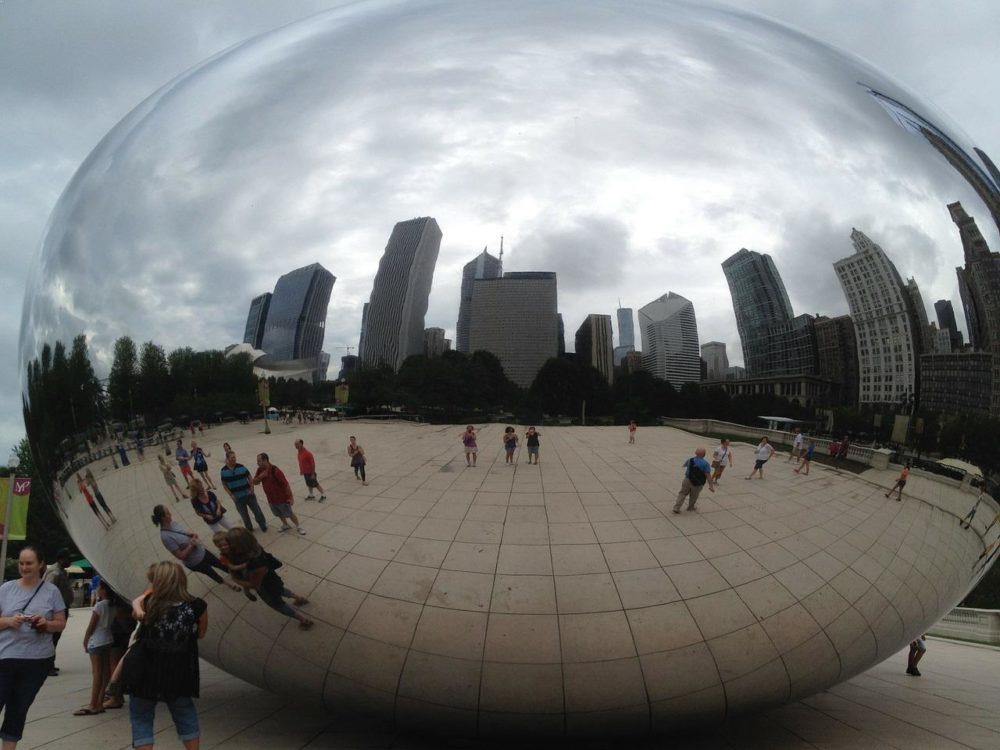 No doubt, Chicago is one of the megacities of the world and a colossal city of United States. It is often called as the”Windy City” because it lies along the shores of Lake Michigan and one of the tourist attractions in Chicago. It is a popular city which is famous for its vibrant arts scene, numerous cultural attractions, excellent shopping, and interesting architecture. It is also listed as one of the cleanest cities in the world. The city enjoys a worldwide reputation and attracts tourists from every corner of the globe. It has a large number of beaches, world-class museums, and other interesting places making it tough for visitors to decide where to travel. Ten best tourist attractions in Chicago are listed below.

It is a prominent civic centre located near the Lake Michigan’s shoreline and covers an area of about 24.5-acres. The park is one of the most popular gathering spots in the city, known for its free concerts, famous public art installations, beautiful landscape, architecture and much more. Also, Millennium Park is considered as one of the largest green roofs in the world, constructed on the top of a railroad yard and large parking garages. It is a top tourist destination in Chicago and among the top ten in the United States with 25 million visitors annually. It is one of the best tourist attractions in Chicago. 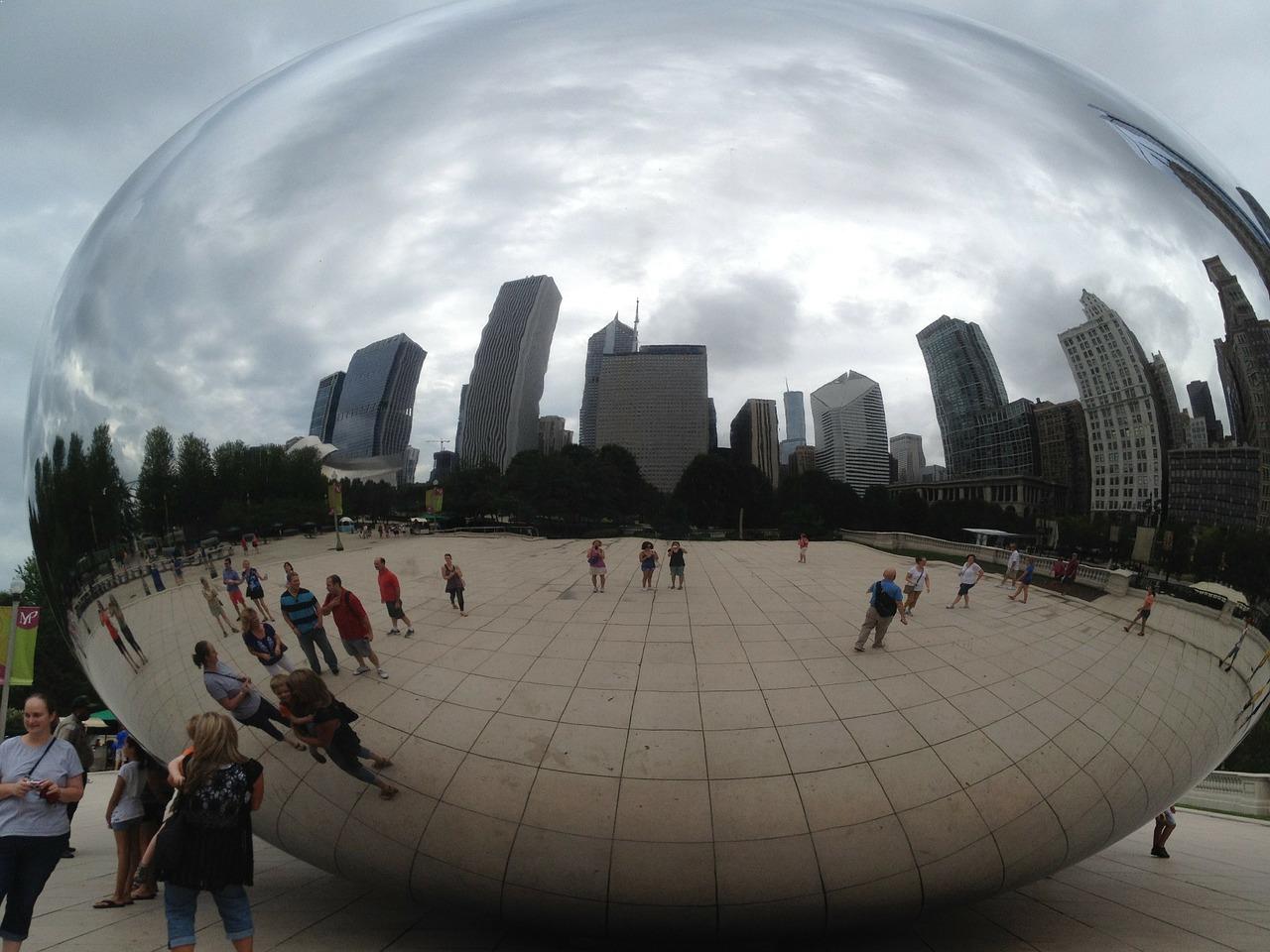 The Art Institute of Chicago is a top-ranked museum of the world, established in the year 1879. It is located in Grant Park of Chicago and is one of the oldest and largest art museums in the United States. It is well-known for its curatorial efforts of collecting, preserving and interpreting the works of art of the highest quality, representing the world’s diverse artistic encyclopedias and researchers. It is also a popular destination among visitors and hosts 1.5 million tourists annually. The museum is also one of the largest art history and architecture libraries in the country. The Art Institute’s famous western entrance on Michigan Avenue is guarded by two bronze lion statues created by Edward Kemeys. 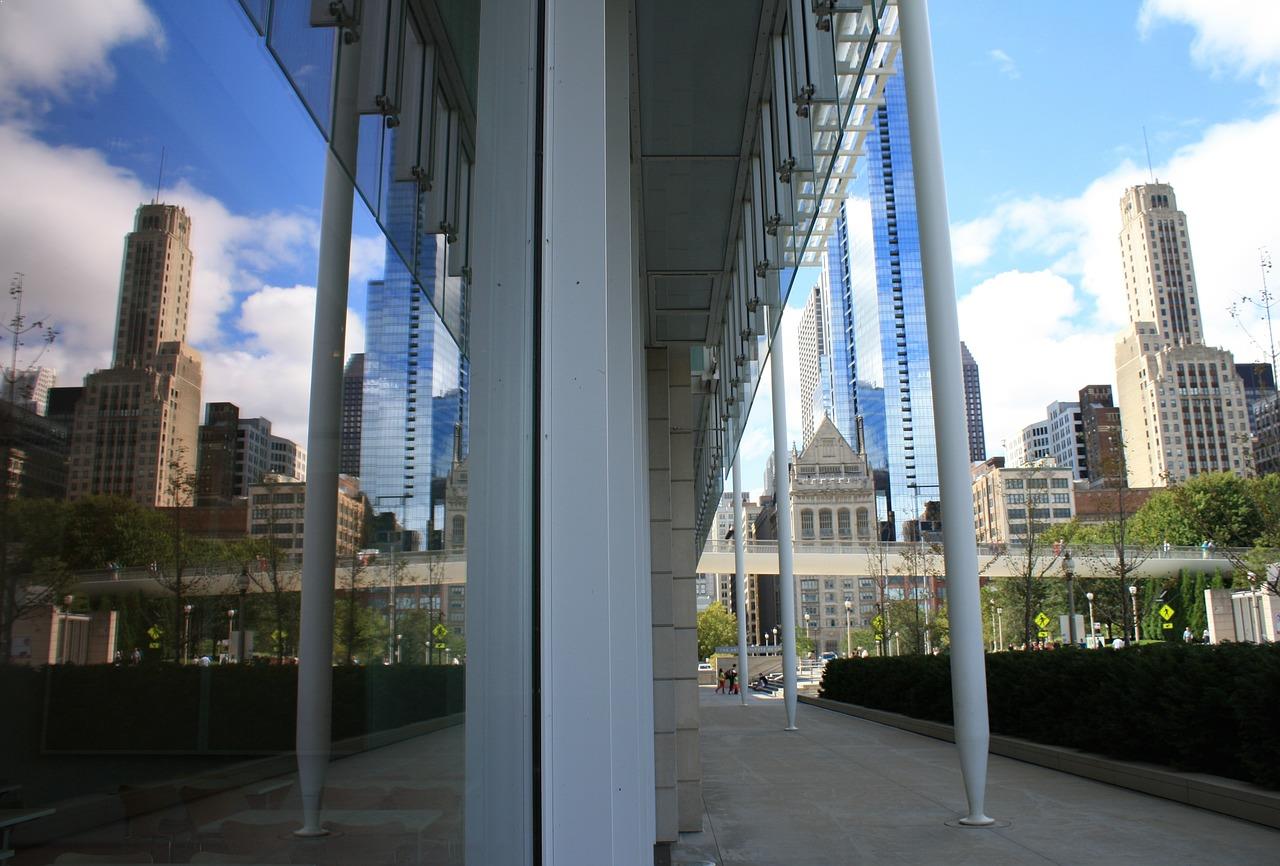 One of the best tourist attractions in Chicago, Navy Pier is a 3,300 feet long pier on the shoreline of Lake Michigan in Chicago. The construction of Navy Pier was completed in 1916 and it was designed by architect Charles Sumner Frost. Navy Pier’s giant Centennial Wheel is an iconic part of the landmark and a treasurer that adds to the cultural history of Chicago. The Navy Pier currently encompasses a large number of parks, gardens, shops, restaurants, family attractions and exhibition facilities and is the top leisure destination in the Midwest United States, drawing nearly nine million visitors every year. It is one of the most visited spots in the entire Midwest and is Chicago’s topmost tourist attraction. 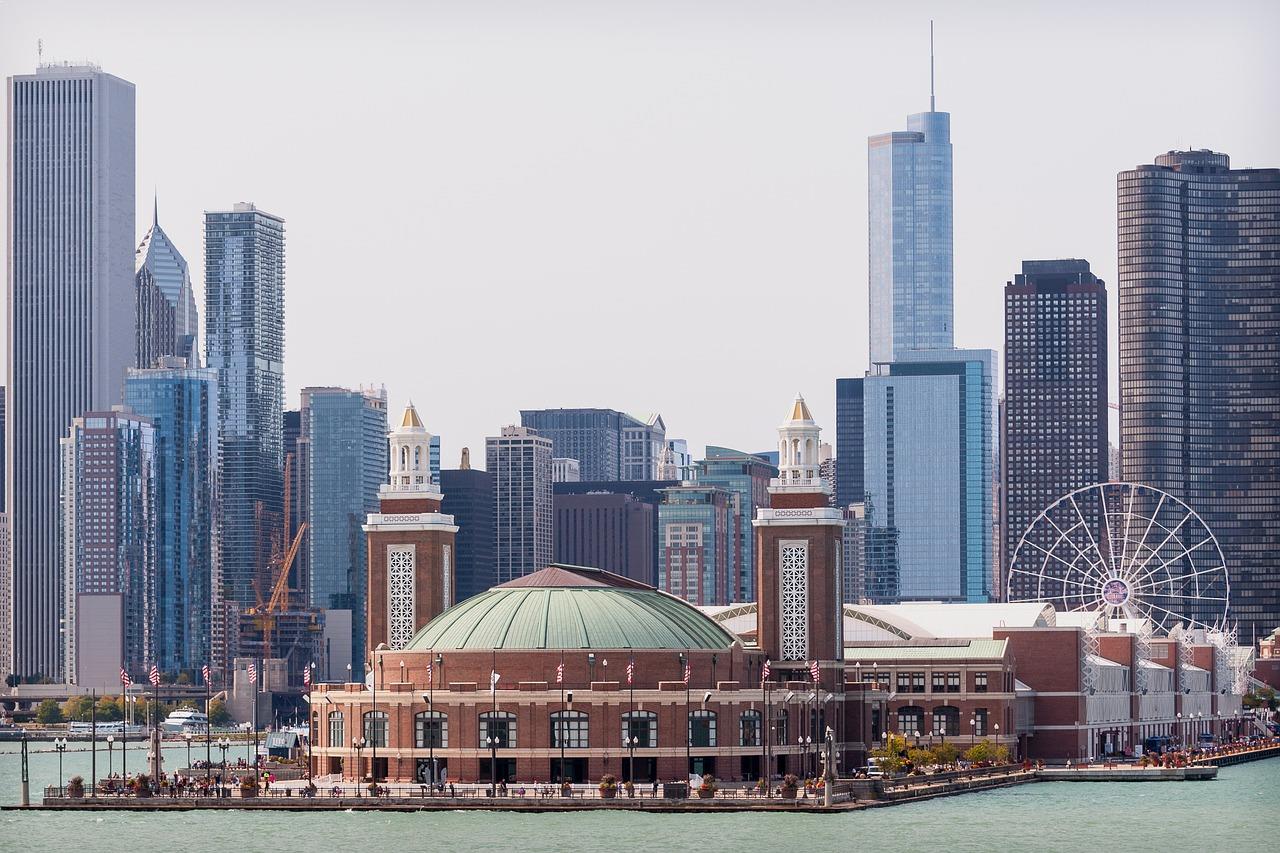 The Willis Tower, Previously known as the Sears Tower, is a 110-stories skyscraper in Chicago. The Willis Tower is the second-tallest building in the United States and the 16th-tallest in the world. It attracts more than one million people visitors each year, making it one of the most popular tourist destinations in Chicago. The building provides one of the most promising and dynamic work, dining, shopping and other entertainment environments to the visitors which enhances the joy of their visit. However, one of the most interesting facts about the structure is that the building leans about 4 inches towards the west due to its slightly asymmetrical design, placing an unequal load on its foundation. 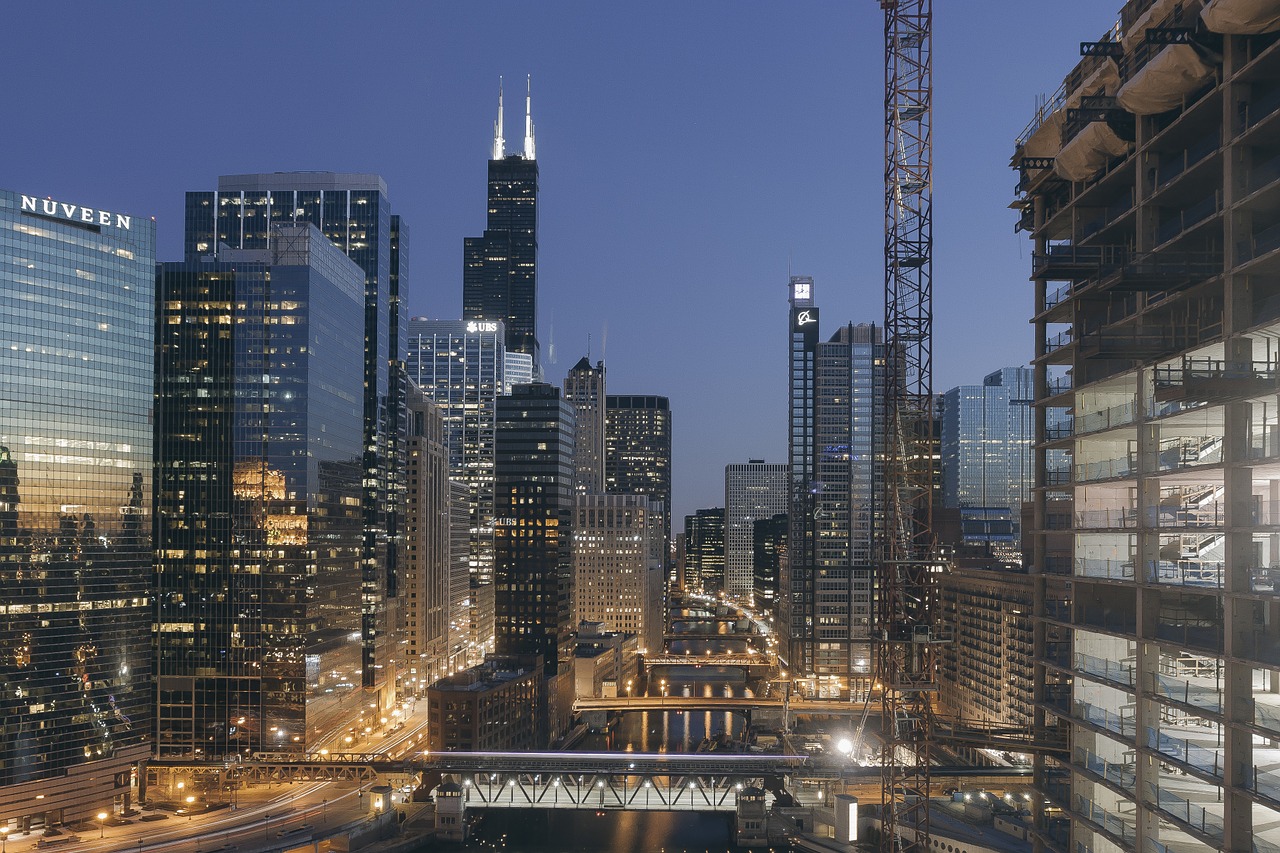 Shedd Aquarium is one of the largest indoor aquariums in the world. It was opened for the first time on May 30, 1930, in Chicago, the U.S. It is a popular cultural attraction in Chicago with 2 million visitors per year. It is also the first inland aquarium with a permanent saltwater fish collection. The aquarium contains more than 1,500 species, including fish, marine mammals, birds, snakes, amphibians, and insects. The aquarium has received the awards for “best exhibit” from the Association of Zoos and Aquariums (AZA) for Seahorse Symphony in 1999, and it was also designated as National Historic Landmark in 1987. Buckingham Fountain, also known as the ‘Buckingham Memorial Fountain’ is one of the most popular and iconic landmarks in Chicago. Buckingham Fountain is located in the centre of Grant Park. It was built in the year 1927 as a gift from the philanthropist Kate Sturges Buckingham. The fountain is also one of the largest fountains in the world. The fountain is basically built in the Rocky rococo wedding cake style to represent Lake Michigan, with four pairs of Art Decor style seahorses that symbolize the four states and borders the Lake Michigan’s shoreline.

Related: Top 10 Richest Cities in the World In terms of GDP rankings 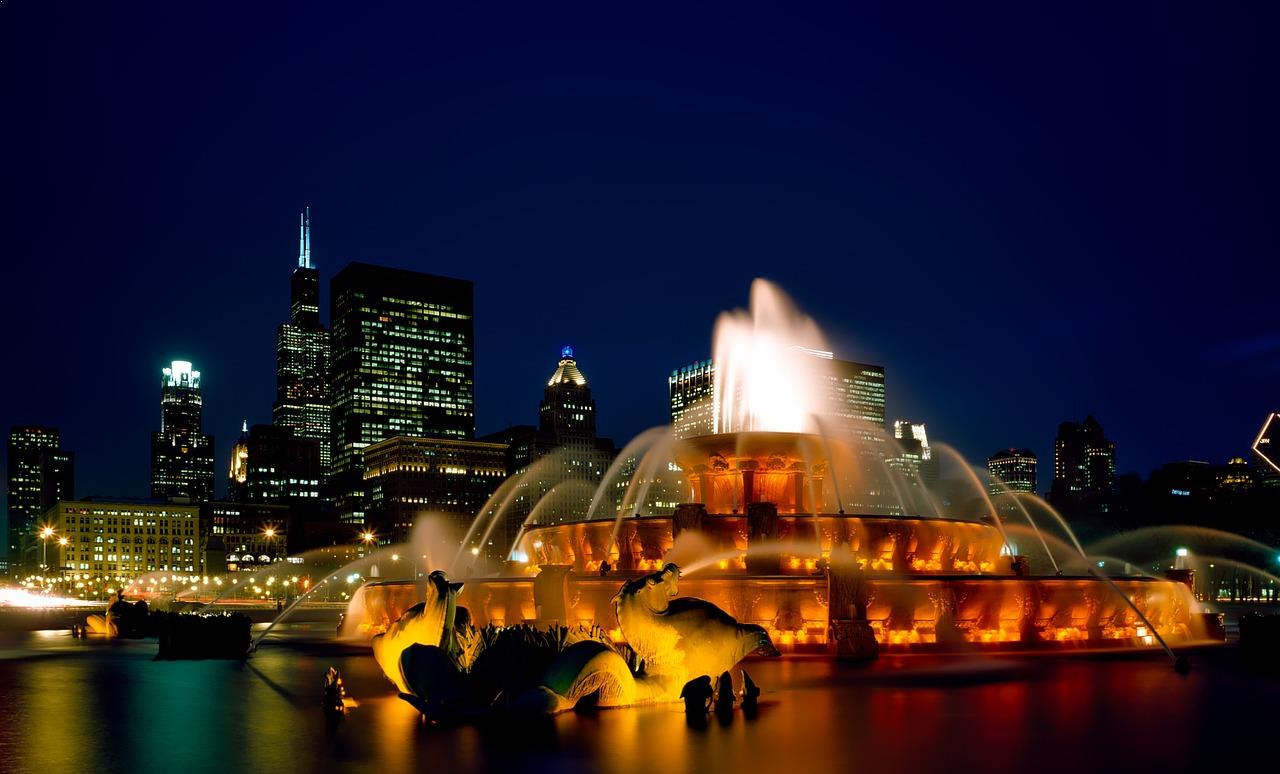 Grant Park, most popularly referred to as “Chicago’s Front Yard” is a 319-acre public park located in the central business district in the Loop community area of Chicago. Grant Park is home to some of the most iconic landmarks and attractions in Chicago. It also offers over 300 acres of green space in the downtown area near Lake Michigan which encompasses various attractions, activities, restaurants, and sculptures in and around the park. Also, The central piece of Grant Park is Buckingham Fountain, which is one of the world’s largest fountains.

Related: 10 Most Famous Fountains in the World 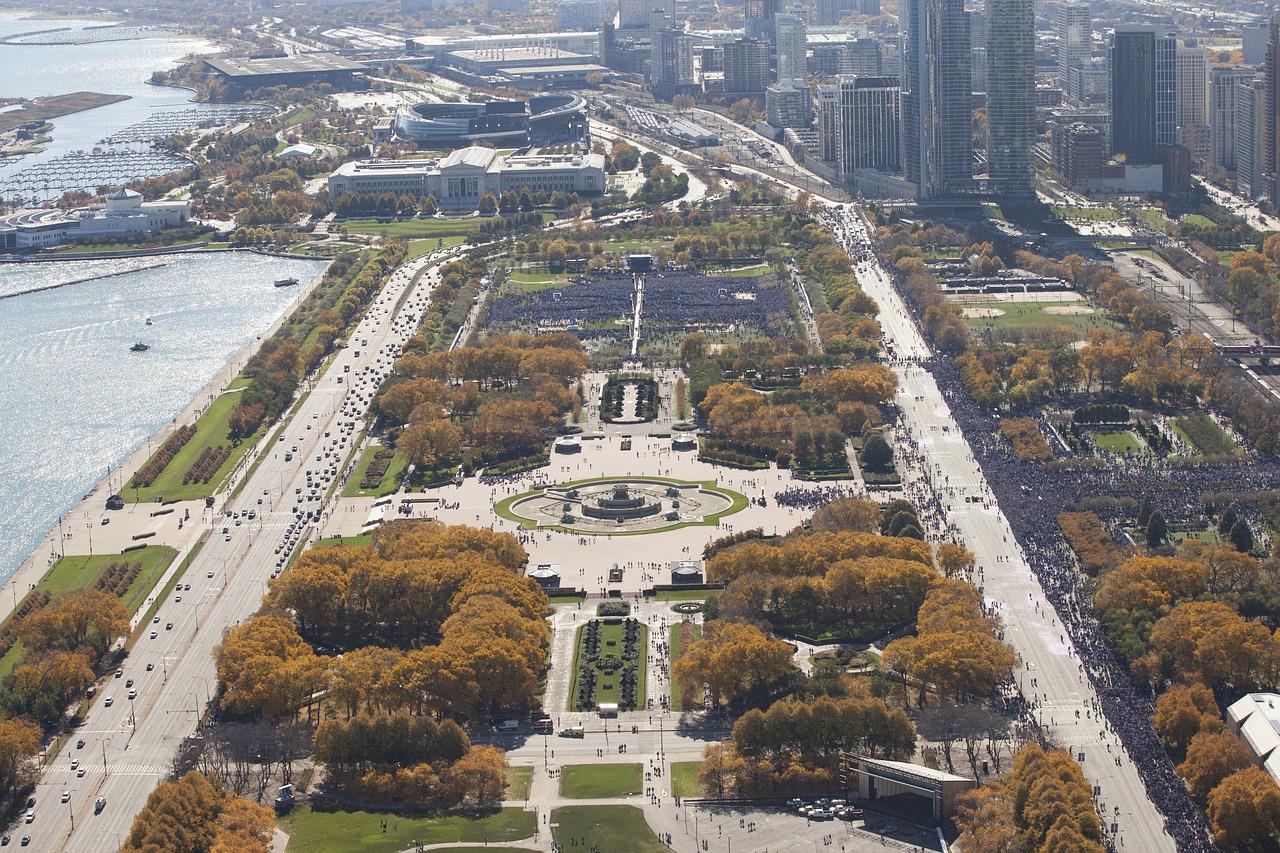 The Magnificent Mile is the premier commercial district in Chicago. It is one of the top shopping destinations in the city and is found on downtown Michigan Avenue running from the Chicago River to Oak Street. This vibrant, bustling area is home to a large number of shops, luxurious fashion outlets, tasty international restaurants and five-star hotels with fine dining. Currently, it is largest shopping district in Chicago with various mid-range and high-end shops covering an area of 3,100,000 square feet. 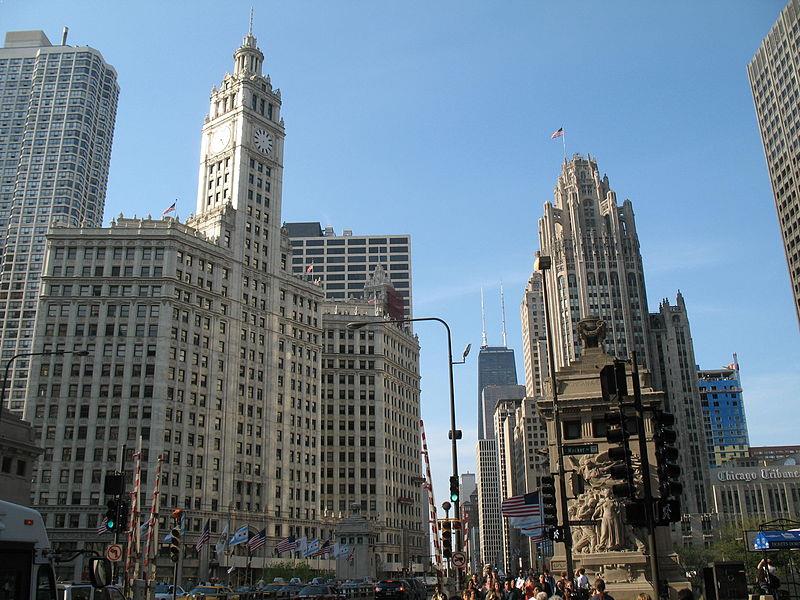 Chicago Botanic Garden is 385 acres of landscaped garden displaying millions of plants and flowers in a variety of settings. With 27 spectacular gardens, the Garden is a place of ever-changing beauty that one must visit. It is also one of the topmost visited botanic gardens in the United States. The Chicago Botanic Garden has 50,000 members, which is the largest membership of any U.S. public garden. It is Chicago’s 7th largest cultural institution and ranks at 12th position in terms of tourist attraction. 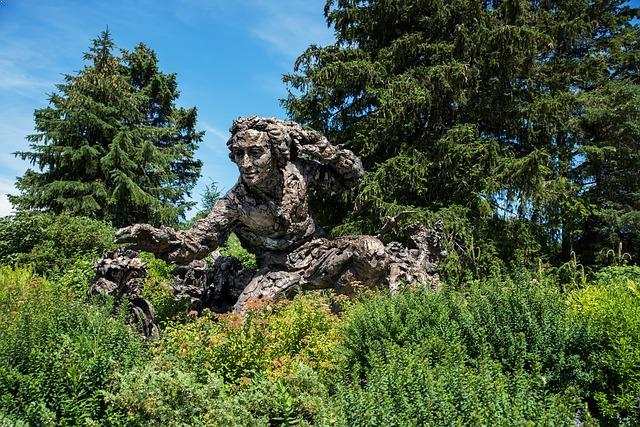 10. The Museum of Science and Industry

The Museum of Science and industry in Chicago is the largest science center in the entire Western Hemisphere. The Museum is located near Lake Michigan and The University of Chicago. The museum has over 2,000 exhibits, displayed in 75 major halls. Some of the popular exhibits include, a model of the Wright Brothers’ first airplane, two World War II warplanes, and many other historical artifacts that are present in the museum. The museum is also known for its unique and some of the permanent exhibits, such as a walk-through model of the human heart, which was replaced in 2009 with a 13-foot-tall interactive, 3D heart.

These are the top 10 tourist attractions in Chicago. Do post your comments.