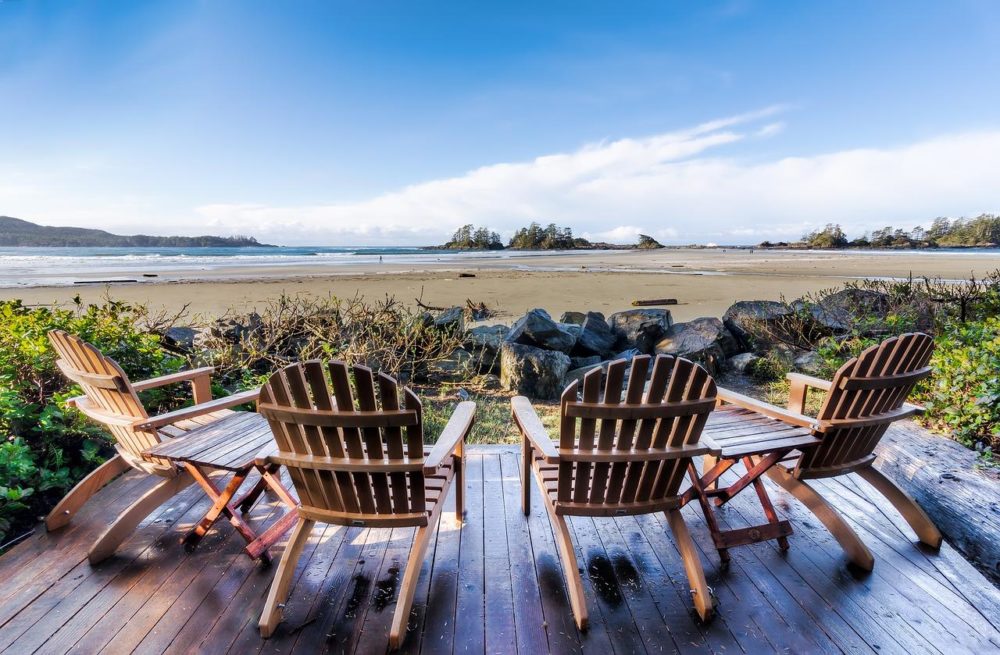 British Columbia is Canada’s westernmost province located between the Pacific Ocean and the Rocky Mountains. It is one of the most beautiful places on this earth with an estimated population of 4.8 million making it a third largest province after Quebec and Ontario. This beautiful landscape is enriched with high and snowy mountains, broad forest area and the plains of the North East region making it a land of Diversity. British Columbia was founded by Richard Clement moody in 1858 but its first British settlement in the area was port Victoria establishment 1843. Since then, its capital is Victoria but the largest city of this province is Vancouver. Currently, this province is governed by the British Columbia new democratic party as a minority government which is supported by the green party of British Columbia and led by John Horgan who became premier as a result of no confidence motion on June 29, 2017.
Now, let us have a look at the top 10 most beautiful places to visit in British Columbia.

Is located on the coast of Vancouver Island. This magnificent Island is divided into three geographical units. There were many places in the national park that are famous among tourists. Let me list down few of them,

This is the most visited and most accessible of the three regions. This area is home to local wildlife, plants, native culture and historical sculptures. It also exhibits educational centres, restaurant, gift shops etc.

This is an adventurous place and can be accessible only by boat. It is a group of 100 small Islands. There are 7 camping areas scattered on the island but there is no fresh water available on the broken group Island.

It is located at a distance of about 72 kilometres from Vancouver and takes the visitors to the Rocky beaches through the rainforest and sometimes through rough trails. It was abandoned in 1950, but in 1970 it was transformed into the West Coast trail and spreads over an area of and 11 kilometres. 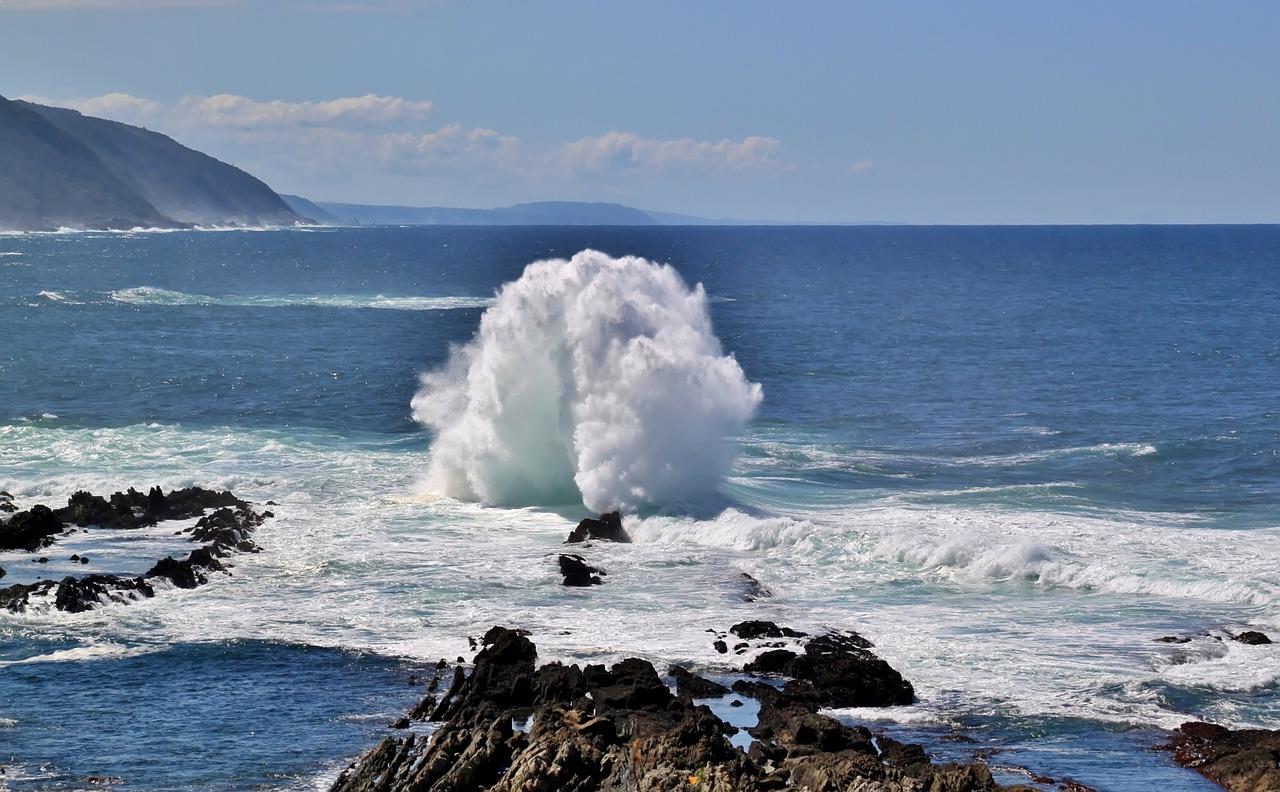 This 405 hectares park borders the city of Vancouver and is surrounded by Vancouver Harbour. It is the most beautiful place that overwhelms everybody’s heart. It is one of the greatest tourist attractions in British Columbia because of the world’s longest uninterrupted waterfront Park. It is perfect for a walking, cycling or jogging. It has two clear mark section, one for joggers (closest to the water)and another for cyclist and inline skaters(in part). The area around Stanley Park takes two to three hours to walk or 1 hour to cycle but during summer season one needs to be very cautious as the route remain very busy. Also, read about tourist attractions in Japan. 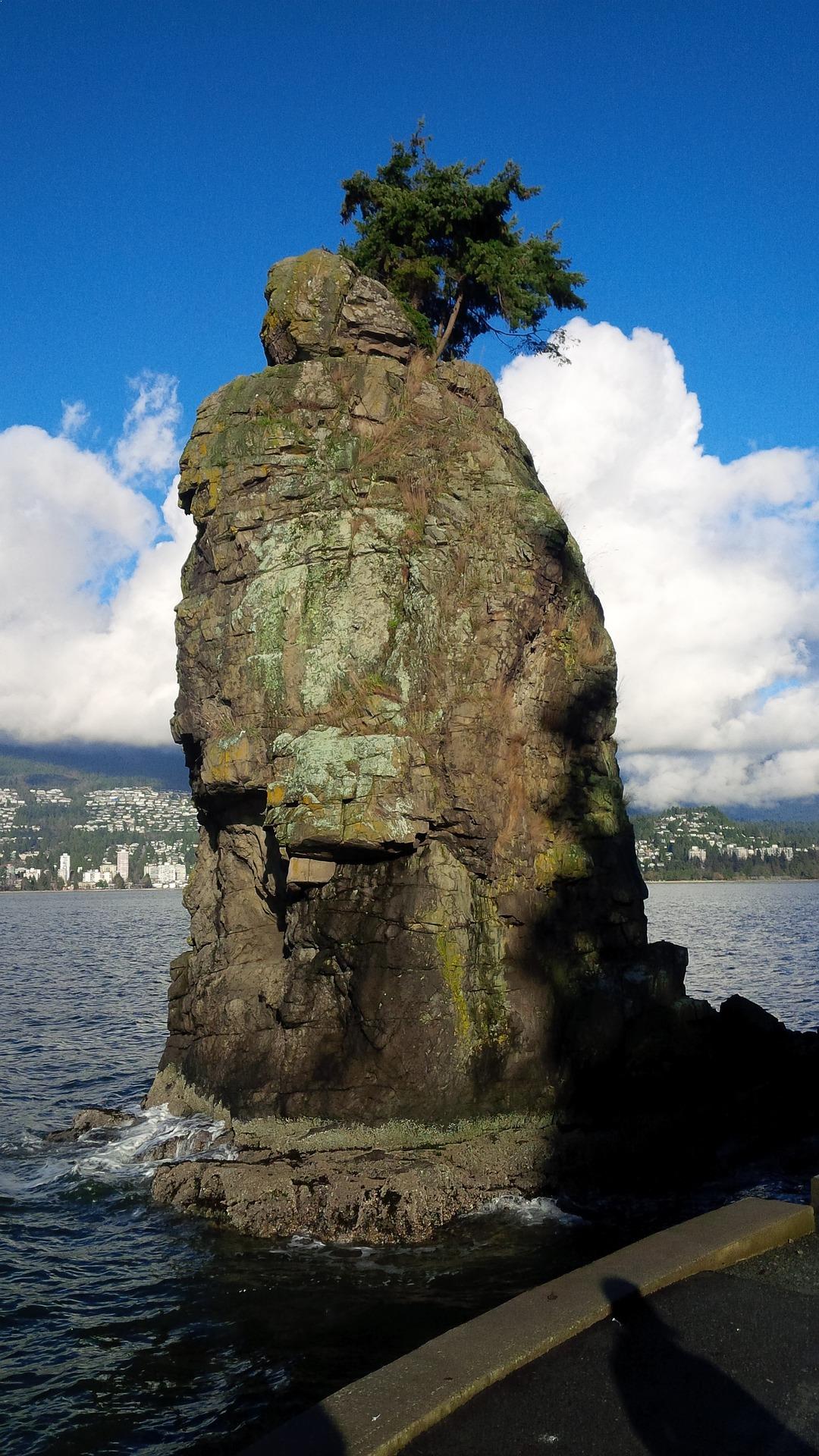 It is something that everyone must experience whether in summer or winters because it offers very beautiful experience to the visitors and has lots of areas to explore. The special about the village is that there is always something new to see with the changes in the season making every visit unique and exciting. It is located at the base of Blackcomb mountains and to the north of Vancouver Island. It is one of the largest resort in North America with most unique outdoor adventures in the world. Not only five-star dining, spas, shopping and legendary nightlife but also there are plenty of activities that can give you a spectacular experience. Millions of people visit just every year primarily for alpine skiing and snowboarding. It has cold wet winter with snowy rainfall making it the most beautiful experience of all times. 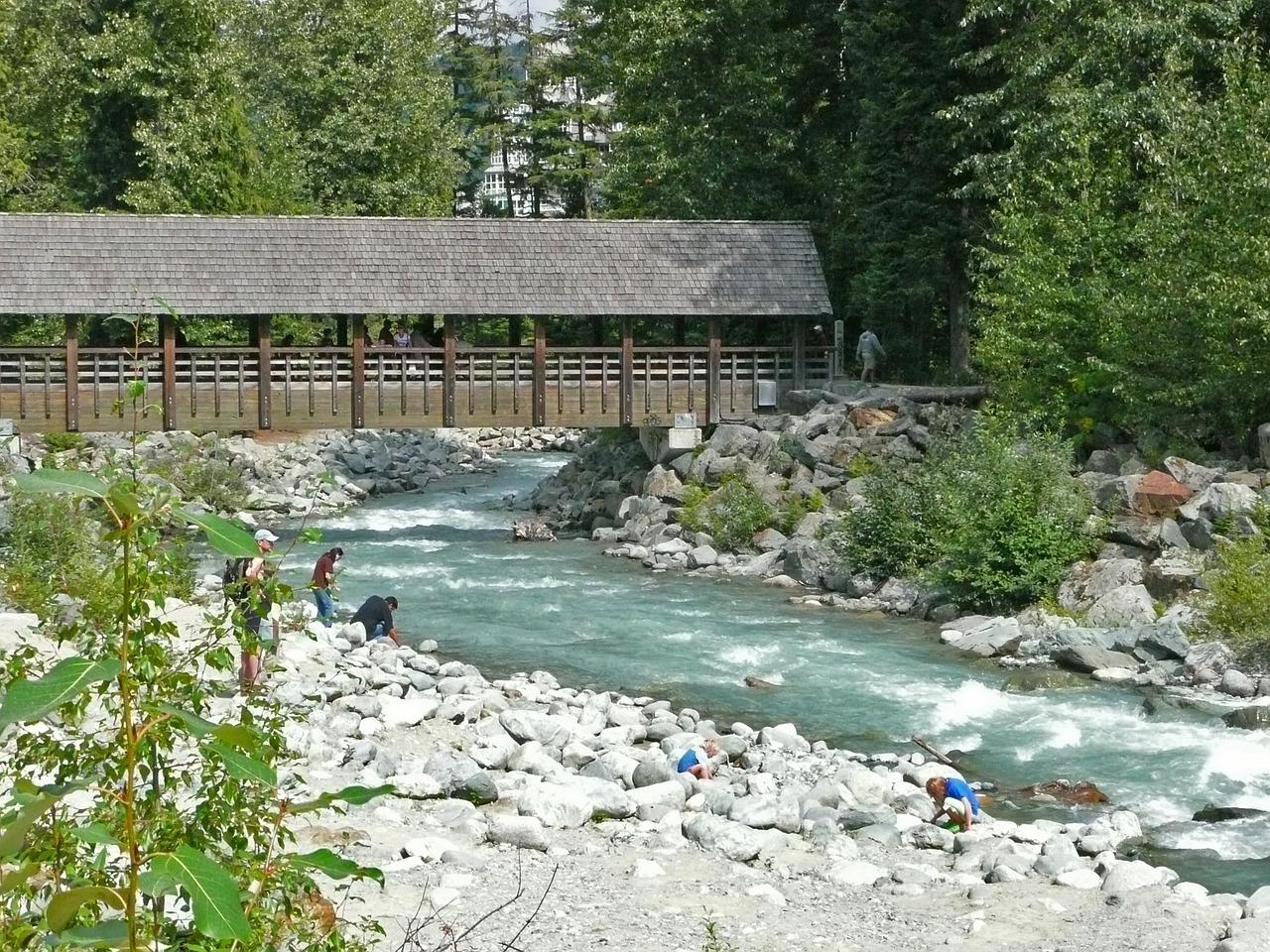 One of the most popular tourist attractions in British Columbia, Located on the river Capilano in the district of Vancouver, this bridge stretches to 140 metres long and 70 metres wide above the river. It has around 8 lakh visitors per year due to its featured rainforest, award-winning gardens, nature trails etc. It also has North America’s largest collection of Totem poles. The main tourist attraction of the park is the Cliff Walk, a cantilevered walkway clinging to the Capilano Canyon that offers a unique experience of the tropical evergreen forest. But this cliffwalk is not for the faint of heart. Another interesting place is Treetops Adventure, a series of seven suspension bridges enabling the visitors to venture from one magnificent tree to another on a series of elevated suspension bridges reaching as high as 110 feet above the forest floor. 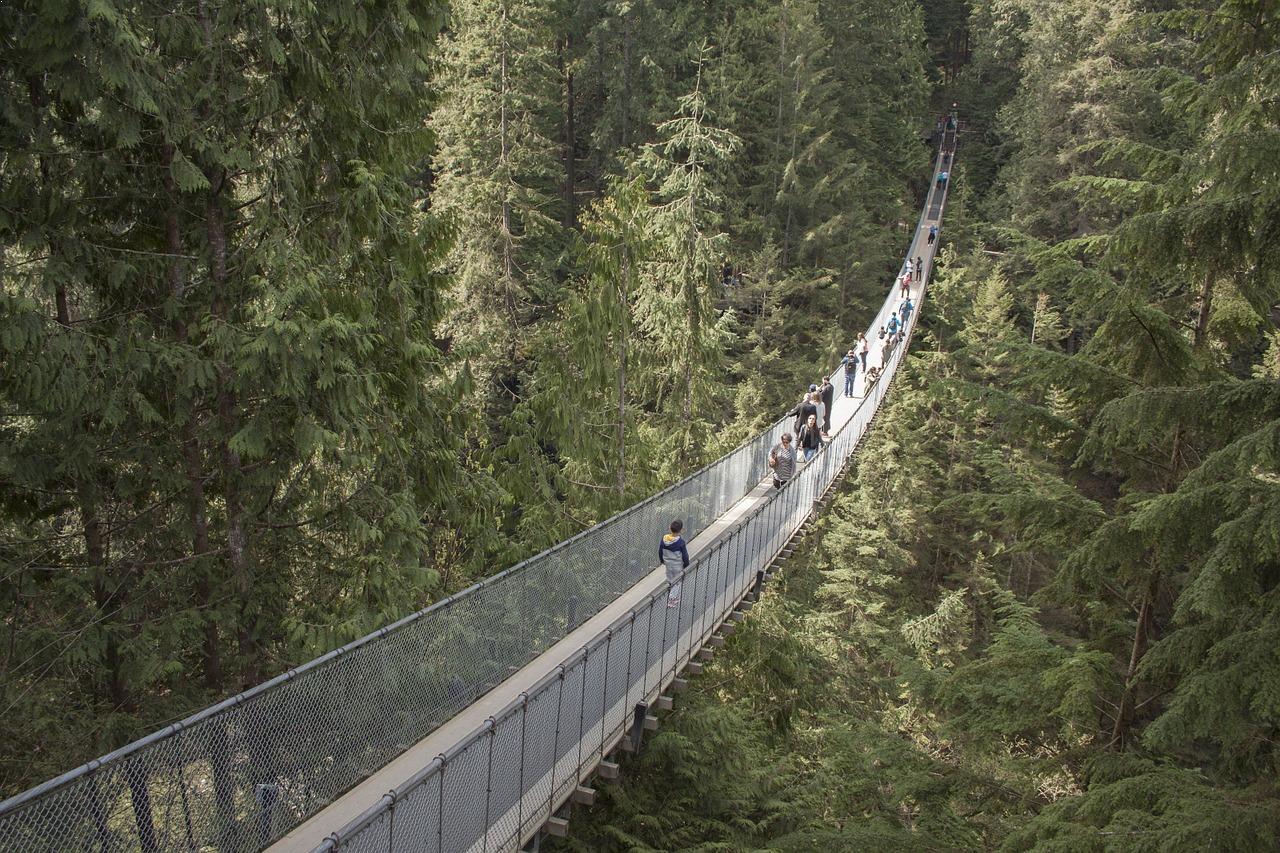 It is known for its wineries and fruit orchards and also for hiking, boating and other activities. It’s has a sunny climate and dry landscapes with very less amount of rainfall. This beautiful valley is the second largest wine producing area in Canada, with 90% of total wine produced in this area. The Okanagan Valley is at a distance of about 403 kilometres from Vancouver. This valley portrays beautiful scenery of mountains, deserts, landscapes etc. Tourist is generally attracted by valley’s scenery in the warm summer. There are several provincial parks in the region one of the largest being Silver resort. 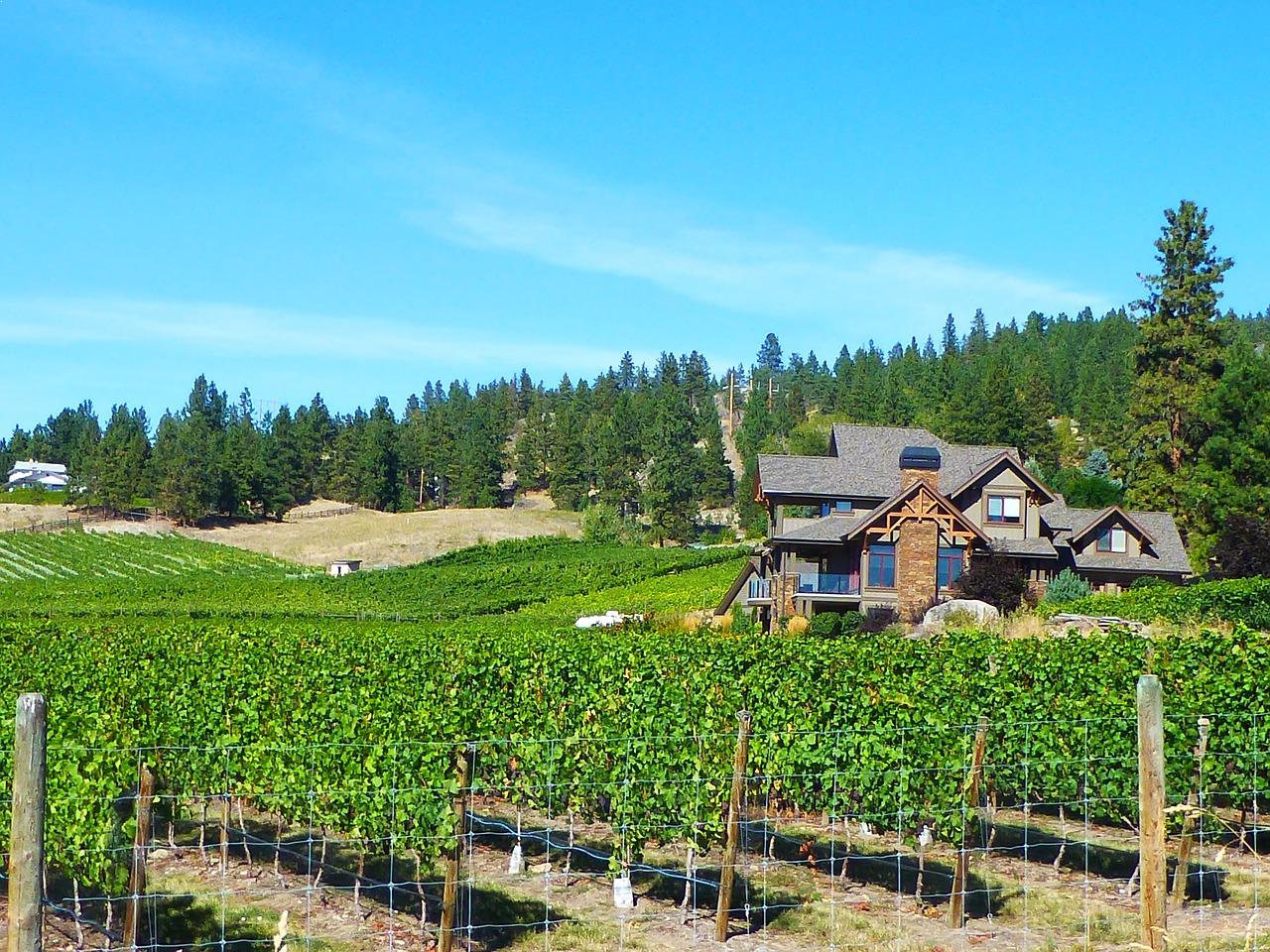 It is located to the east of Pemberton B.C. on Duffey Lake Road, British Columbia. Due to its challenging peaks, glaciers and lakes, it is a popular destination for hiking and mountain climbing. In the recent years, it has gained popularity because of the spectacular view formed by the perennial rivers, mountains, tropical evergreen forest, freshwater lakes reflecting blue and green waves and giving it a Turquoise colour. However, there is no public transportation to Jeffrey lake. But changes have been made by the Park service in 2017. The park is open throughout the year but the recommended season is from June to September. Other time periods require proper knowledge and experience because it is a very adventurous place. 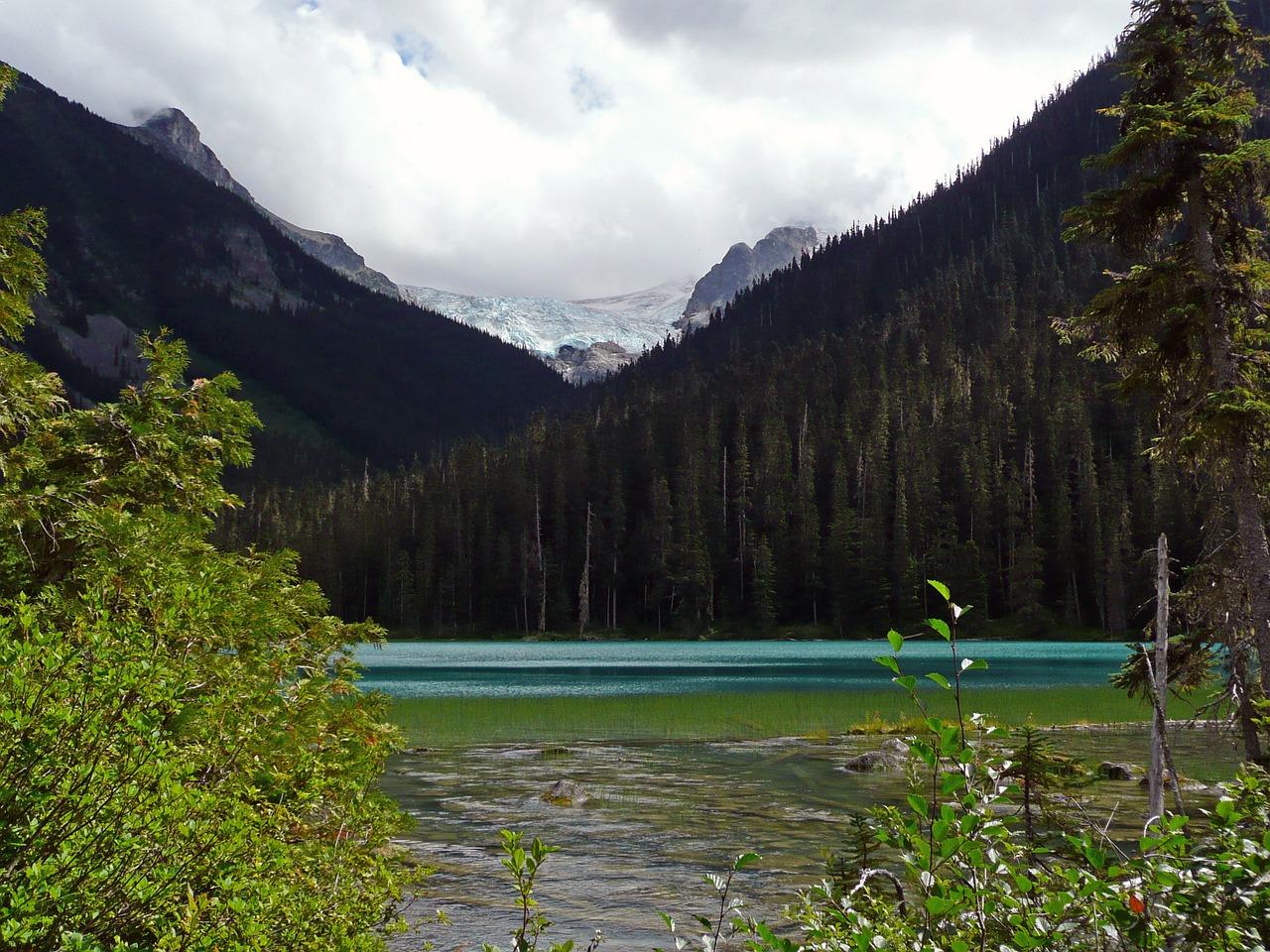 It is the island of the native Haida people that lived traditionally on the island of Taan, in the US. It is commonly known as the island of Queen Charlotte. The land is home to the black bears, coral reefs, lush green forest etc. It is best visited from April to October. It has uniquely constructed the Long house as per the culture and practices of the native people. There are many attractive places like North Beach downhill, and interesting activities like whale watching, hot spring, fishing etc. It is really a wonderful place for those who want to enjoy and experience the traditional practices of the Haida people. It is widely appreciated as one of the best tourist attractions in British Columbia. 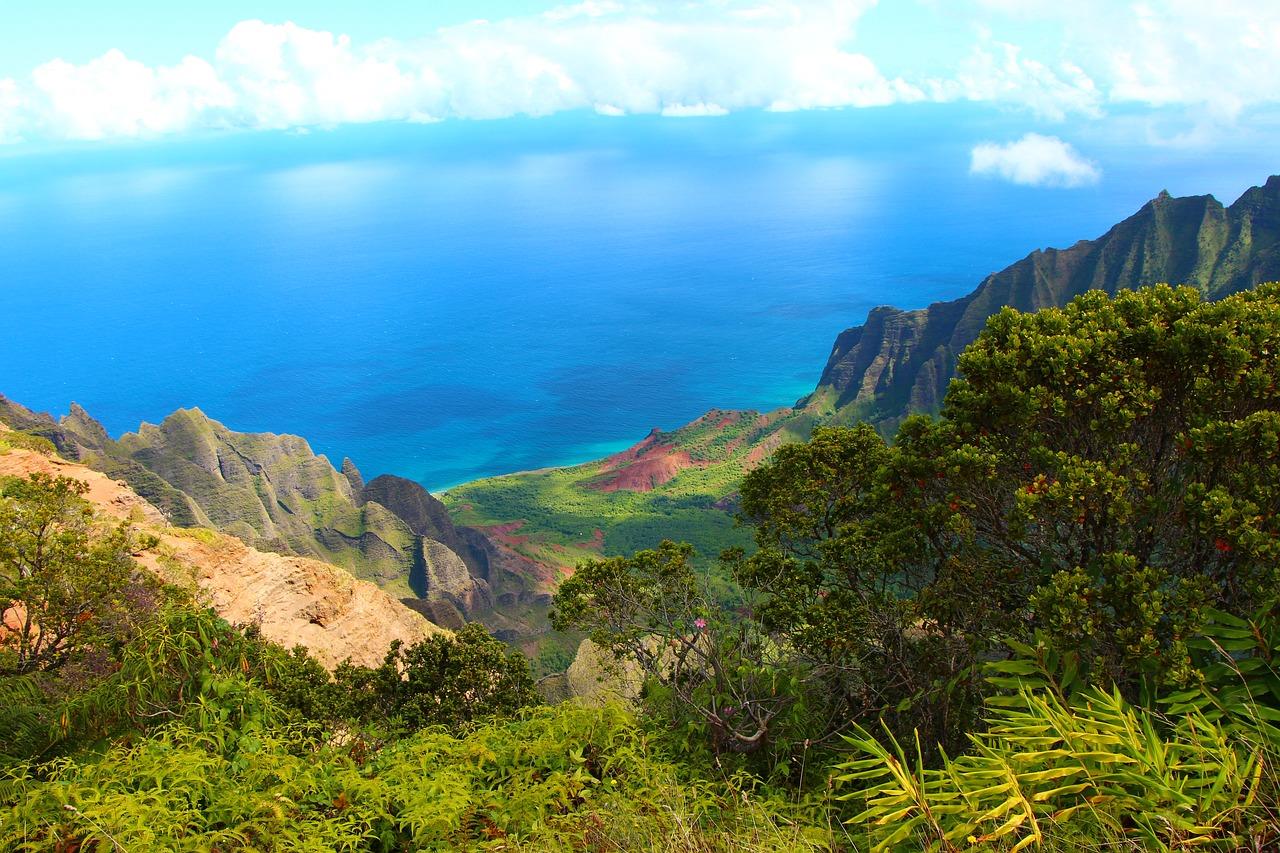 It is spread to an area of 130 acres and this municipal park located near the Vancouver, British Columbia at an elevation of about 500 feet up above the sea level. this park is a natural habitat for grey wolf, elk, beers etc. It is the heartland of people because of the several attractions in the park including Arboretum, Celebration pavilion, Quarry Garden, sculpture paintings, flora and fauna conservation. It has some of the most beautiful and well-maintained gardens of the world which attracts more than 6 million tourists every year and is believed to be the most popular place of tourist attraction in British Columbia. It is also listed as one of the tourist attractions in Vancouver. 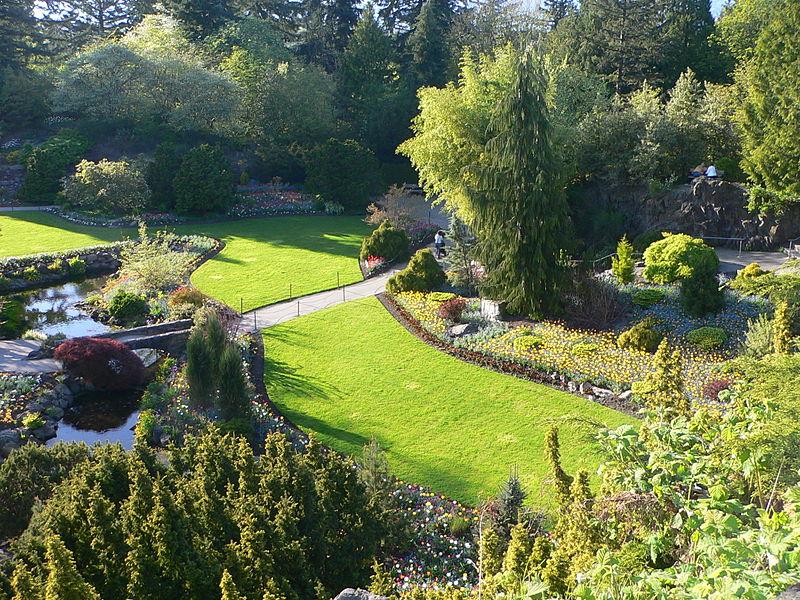 It as one of the top beaches in the world with incredible things to relax and unwind. The beach gets its name from John Philip Winchester in 1915 who was an early white settler in that area. It is spread to over an area of 3 km in the northwest direction of Vancouver Island. One of the best tourist attractions in British Columbia is attracted by its mmarvelous Resorts and diversity of flora and fauna found in this religion. It is a semi-arid region with humid and moist air flowing from the Pacific Ocean. It is really a very grateful place for those who want to enjoy their holidays in a very peaceful manner. 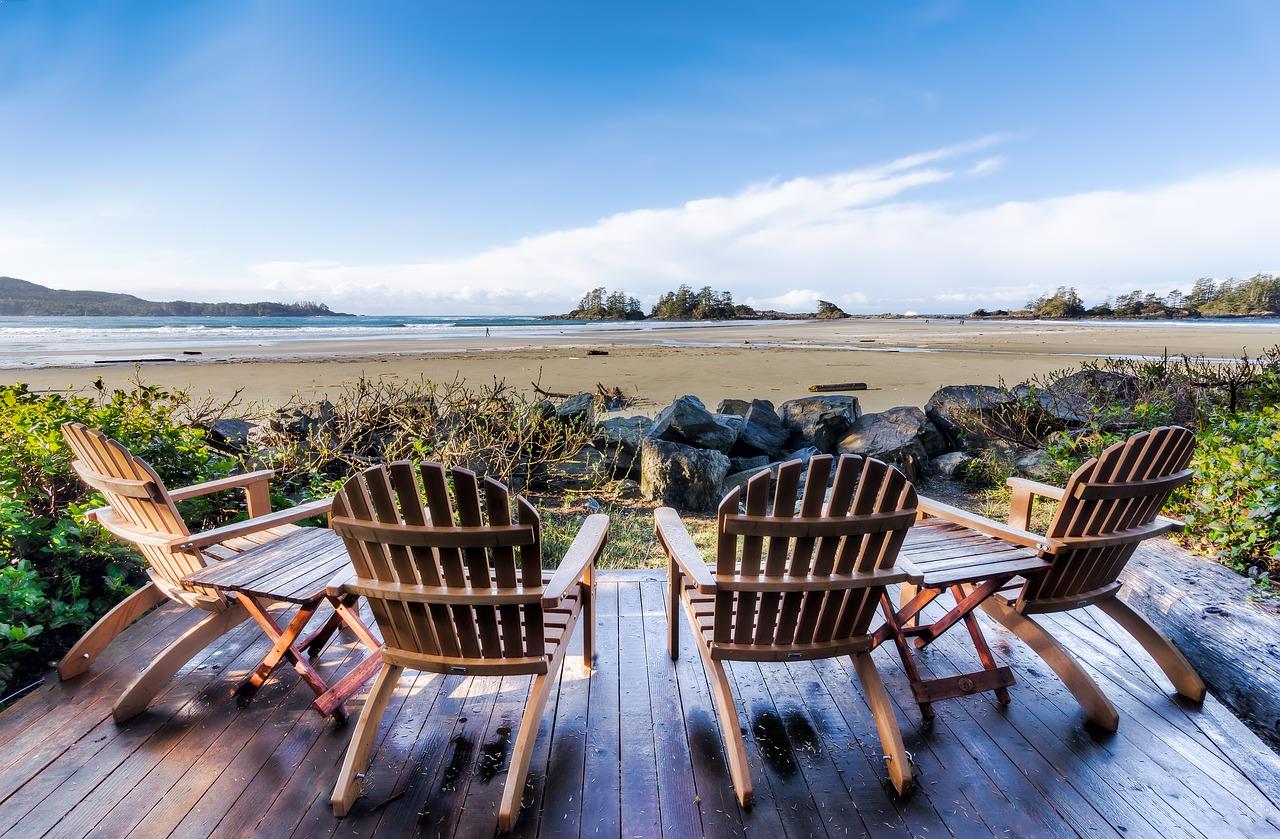 Grouse mountain gets its name from the blue gross commonly found throughout the mountain. It was named in 1874, after the blue bird found in this area. It is located near the district of Vancouver, British Columbia with an attitude 1200 metres. It receives an annual rainfall of 2730 mm making in at Area of cold weather conditions. But they are not very cold because of the moderations caused by the Pacific Ocean. It is the best tourist place known for Skydiving, mountain climbing, team snowboarding etc. Its rich heritage of wildlife like Pandas, bears, elks makes it a place of worth. It can be best enjoyed between April to November because of their favourable climatic condition as it encompasses a spectacular view of bright sunshine falling on the white snowy mountains and presence of a large number of migratory birds finding shelter in the branches of the mountainous forest. 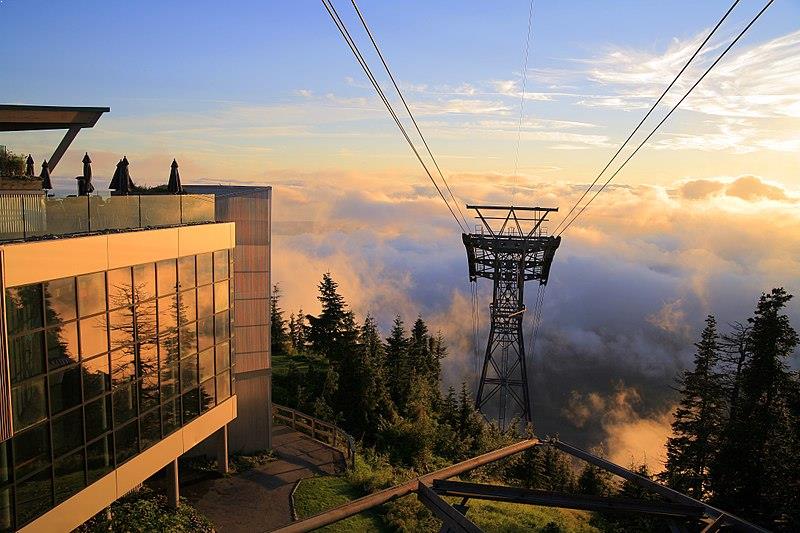 These are the tourist attractions in British Columbia.Please share your comments.