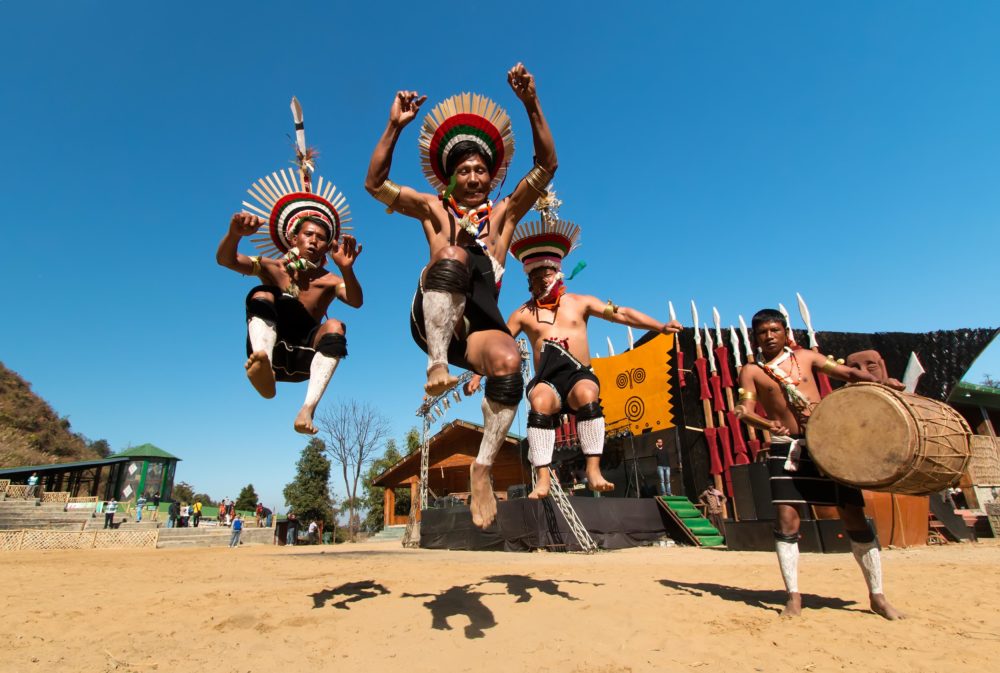 Nagaland- the Switzerland of India is an unmatched example of unity in diversity. The glorious land of 16 major tribes and numerous sub-tribes who speak more than 89 languages and dialects is a cultural banquet. And to celebrate this culture and tradition of the Nagas, Hornbill festival (named after the Hornbill bird that is believed to be sacred by the Nagas) was started by the State Tourism and Arts and Culture Department, Government of Nagaland in 2000. Organized from Dec 1- Dec 10, the festival presents an aura of ancient grandeur. The regal view of colors, dramatic ornaments, and festive mood captive every person’s heart. Kisan village which is 10kms from Kohima becomes the center of attraction. So, as you plan to live a magnificent and adventurous life for ten days, here are 10 reasons to attend the Hornbill festival in Nagaland,

Reasons To Attend The Hornbill Festival in Nagaland

1. INDULGE YOURSELF IN TRUE ART

The tribes of the sacred land are born artists.  The 16 different tribes are very much different than each other, yet they are weaved together with strings of love and togetherness. Untouched by the modernization, the tribal music gives a warm welcome to everyone. The melodious folk songs narrate the culture of each tribe, the dance and traditional attires are replicas of their customs and traditions. The true energy of the event comes alive with the drum rolls and display of various art forms. You must also know about festivals of Tamil Nadu. 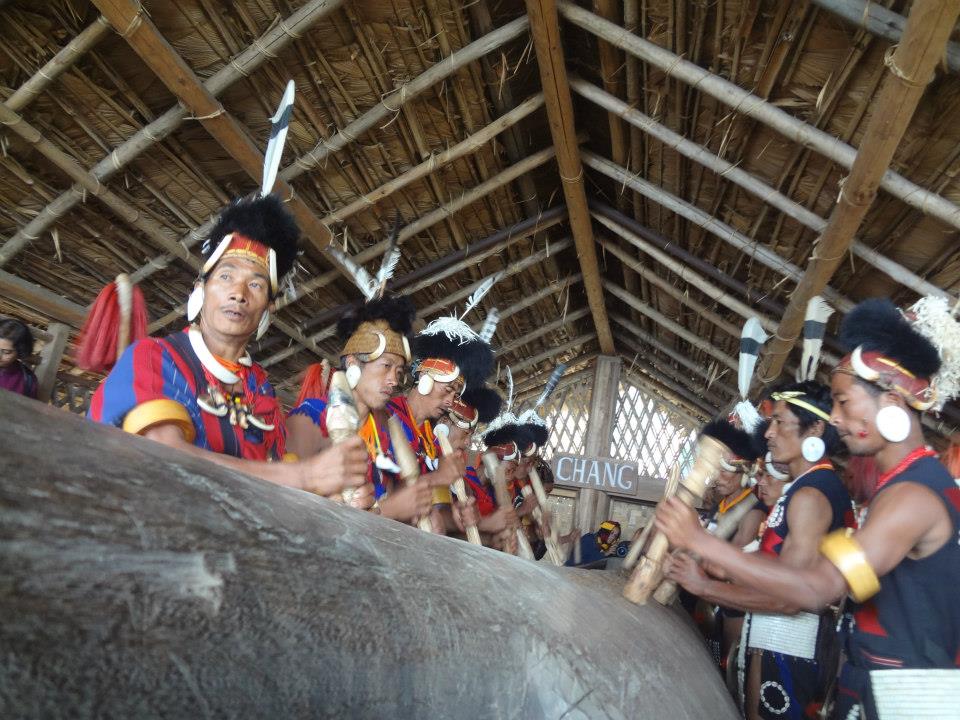 2. A TREAT TO YOUR TASTE BUDS

The ten days not only celebrates the culture but also gifts the tourists with rich cuisines. Each tribe has its own style of preparing the delicacies. And with numerous options to be served from, it is a   must-have experience for all foodies. The deliciously cooked fish, meat, and pork in Naga style have a different aroma. Even though the chilies grab all the limelight, there waits much more in store.  One thing to never miss is Zutho (Rice Beer) which was traditionally drunk by Angami Nagas and served from Mithun horns. Also, read about festivals around the world. 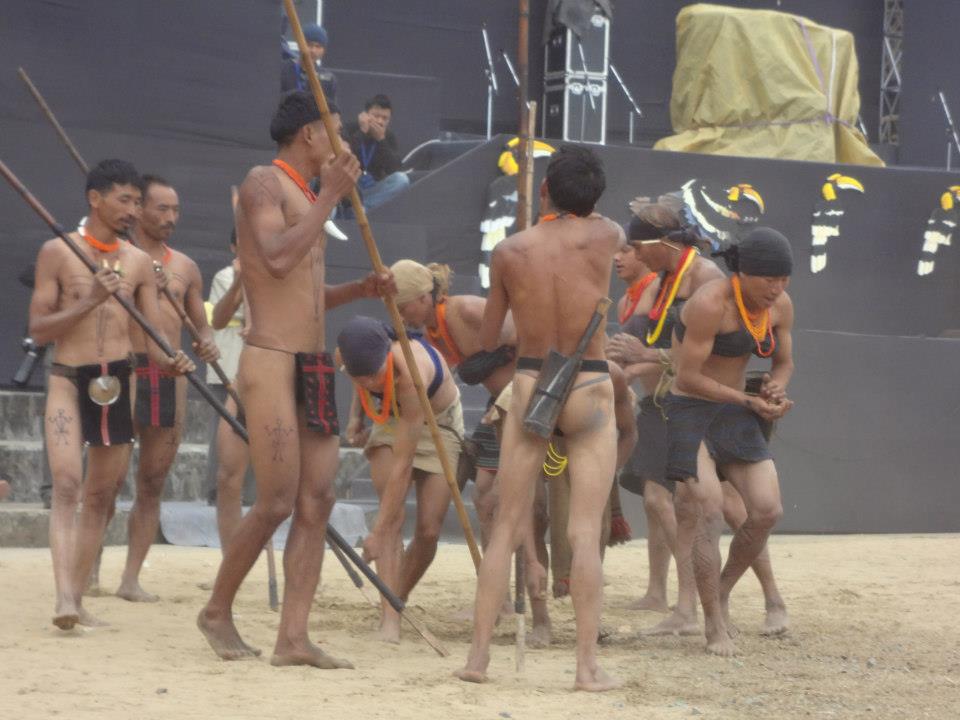 Hornbill festival is a home to endless thrill and fun. With various forms of art, there are always surprises for the visitors. Hornbill Half Marathon, the Great Hornbill run, Cycle Rally, and Car rally invites all the fitness enthusiasts. Apart from that, the mountain biking competition witnesses the passionate participation of bikers of all age groups. Another out of the box event is Naga Chilli eating completion, where participants have to eat the maximum number of chilies within 20 seconds. The Bhut Jolakia, cultivated in Nagaland is the World’s hottest chili. Another such event where you can eat as much as you want is Pork eating competition. 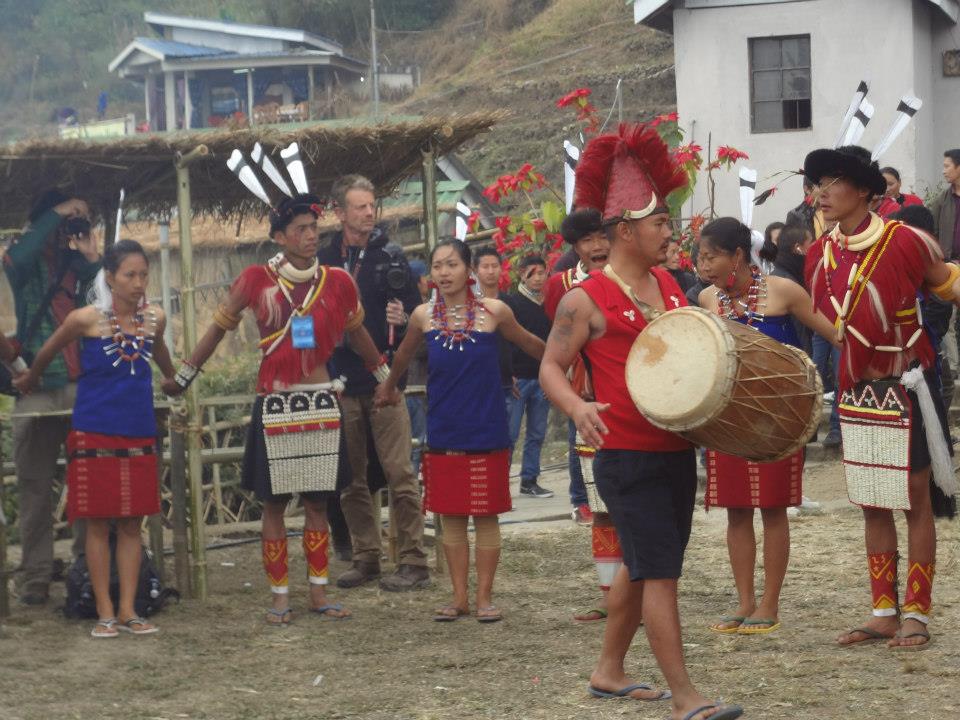 4. GET THE PERFECT FRAME

Colourful spears, duos ornamented with dyed goat’s hair, the headgear decorated royally with boar’s teeth and hornbill’s feathers. There cannot be anything better for a Photographer’s lenses. Hornbill festival becomes a home to tribes of the seven sister states and turns into a cultural hub. Capturing the essence of this lively atmosphere is a once-in-a-lifetime experience. 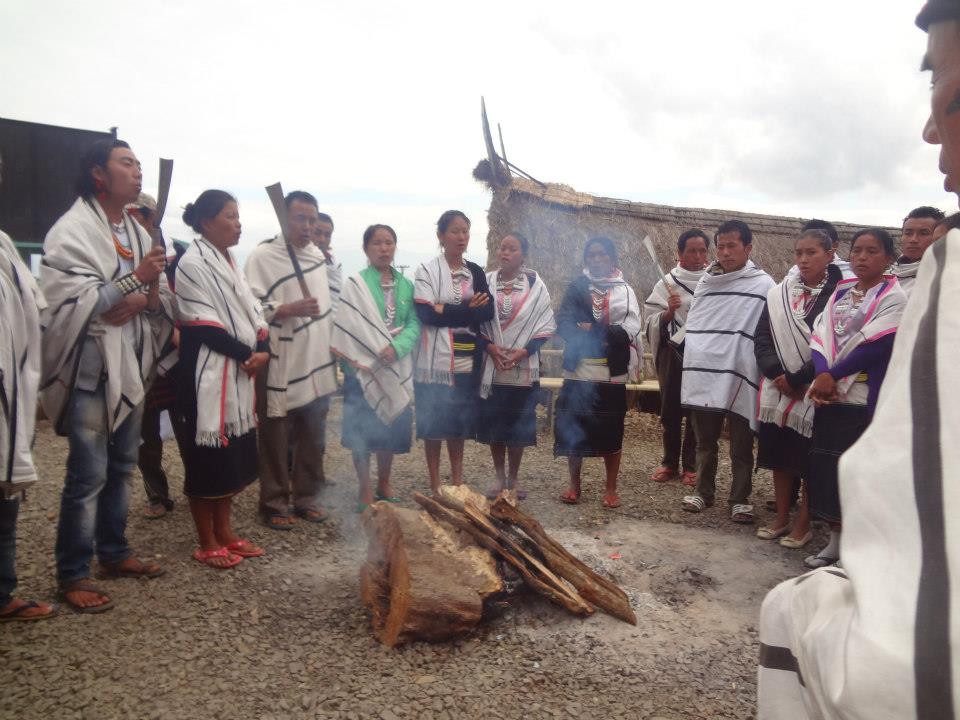 5. LEARN ABOUT THE CULTURE

With a picturesque portrayal of tribal lifestyle, the visitors get an opportunity to educate themselves about the culture of Nagaland. Warrior tribes such as Konyak, Chung, and Sumi display their age-old war dances and the crowd relives the days when the Nagas used to fight and conquer. The headhunting (now banned) by Konyak tribes was a mark of victory and the tattoos inked on the body of a warrior were his rewards from the battlefield. Morungs have their own tale. 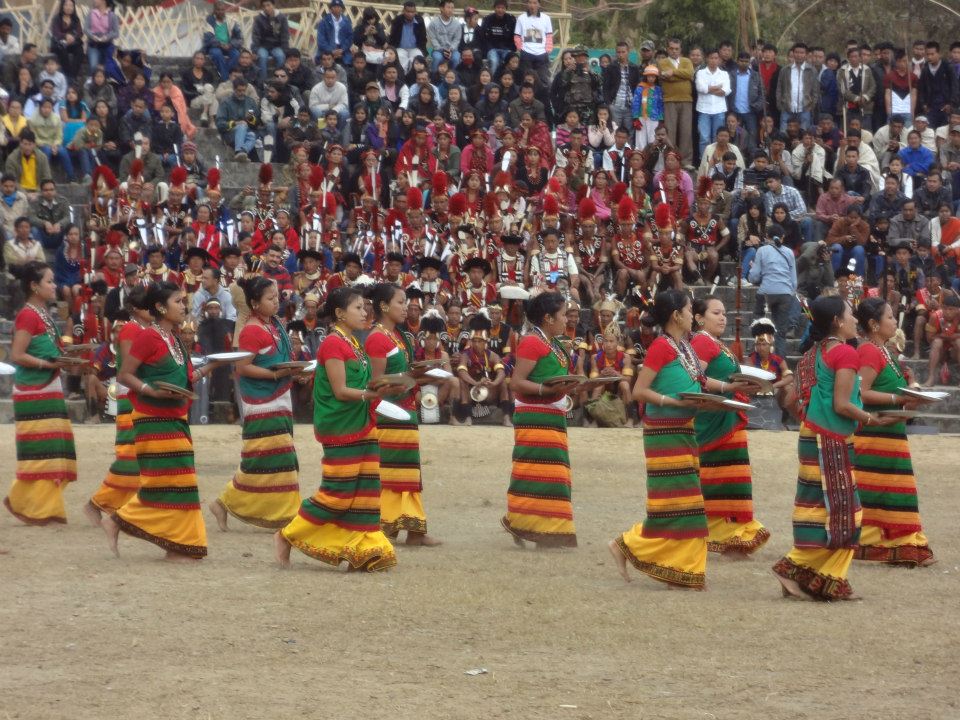 6. THE TEST OF STRENGTH

Nagas show their bravery and strength through numerous events and watching the heroic acts is indeed eventful during Hornbill Festival in Nagaland. Horse riding, Naga wrestling, Greased bamboo pole climbing, Stilt bamboo walking and Traditional archery become the center of attraction.  Loud cheers and joy of victory fill the atmosphere. Tourists get a glimpse of age-old skills of martial arts and other war techniques. 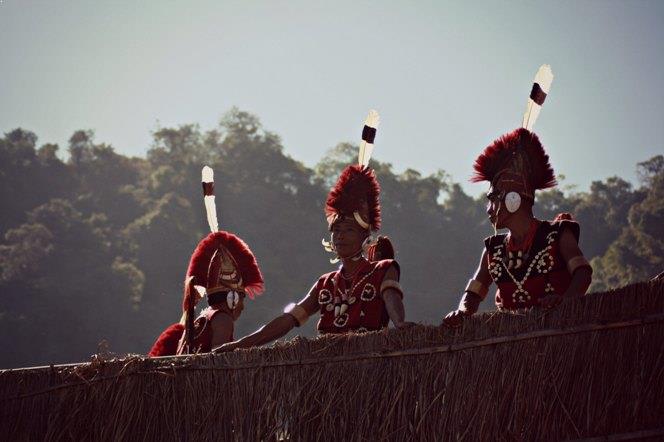 Visitors are presented with an enormous collection of handicrafts, art, paintings and wood carvings to shop from. The locally made items have a beautiful reflection of Nagaland’s culture. Necklaces made out of multicoloured beads give an antique yet contemporary look. Also, read about natural wonders in India. 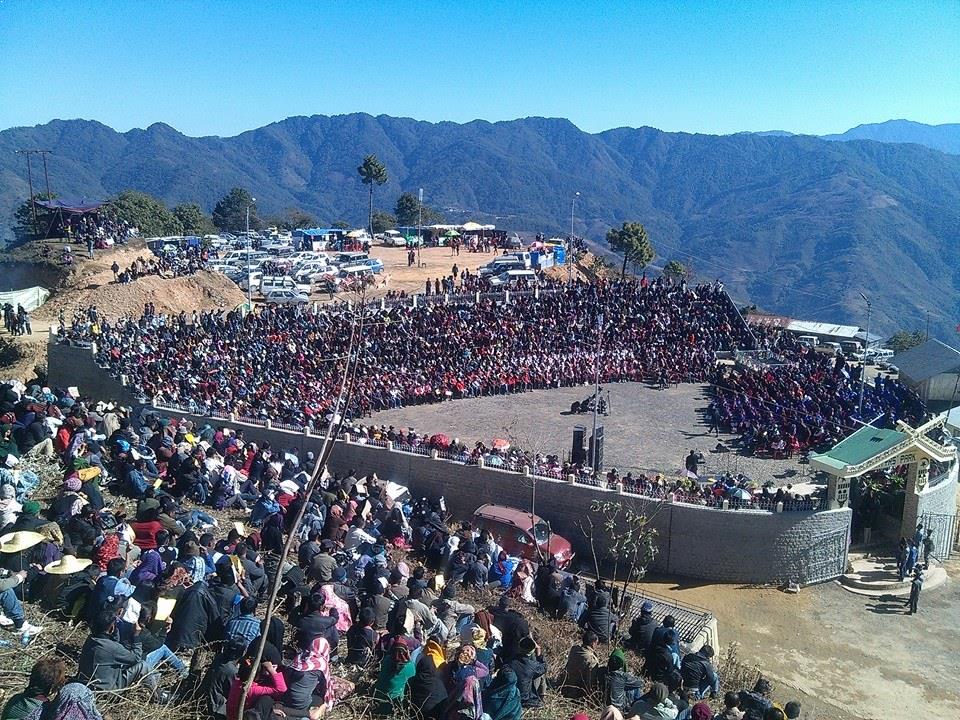 The Rock concert at Indira Gandhi Stadium is another key attraction and one of the best music events in the country. With multiple national and international bands performing, the night sky gets filled with energy. The concert is a paradise for music lovers also becomes a platform for talented bands. The winner is chosen after a neck-to-neck competition. 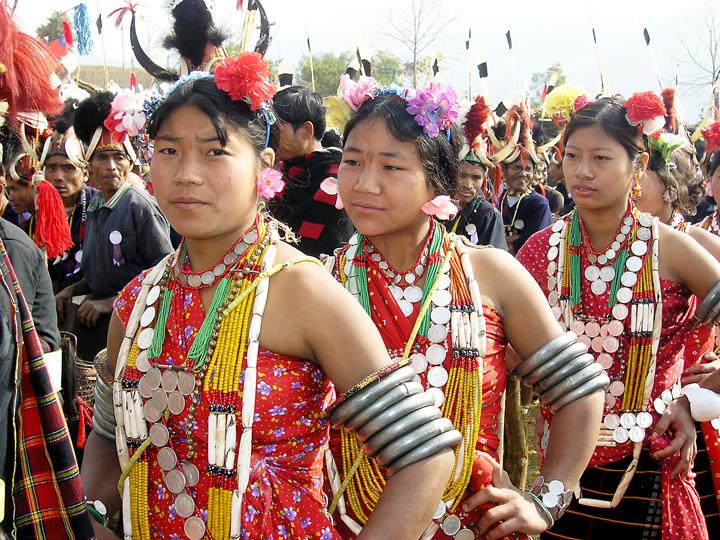 Kohima Night Bazaar adds glitter to the festive mood. With multiple rides, street food, live music, fun activities and many more attractions the market place becomes the crowd puller. Though situated few miles away from the festival ground, Kohima market is an integral part of Hornbill festival. You must not miss this during Hornbill Festival in Nagaland. 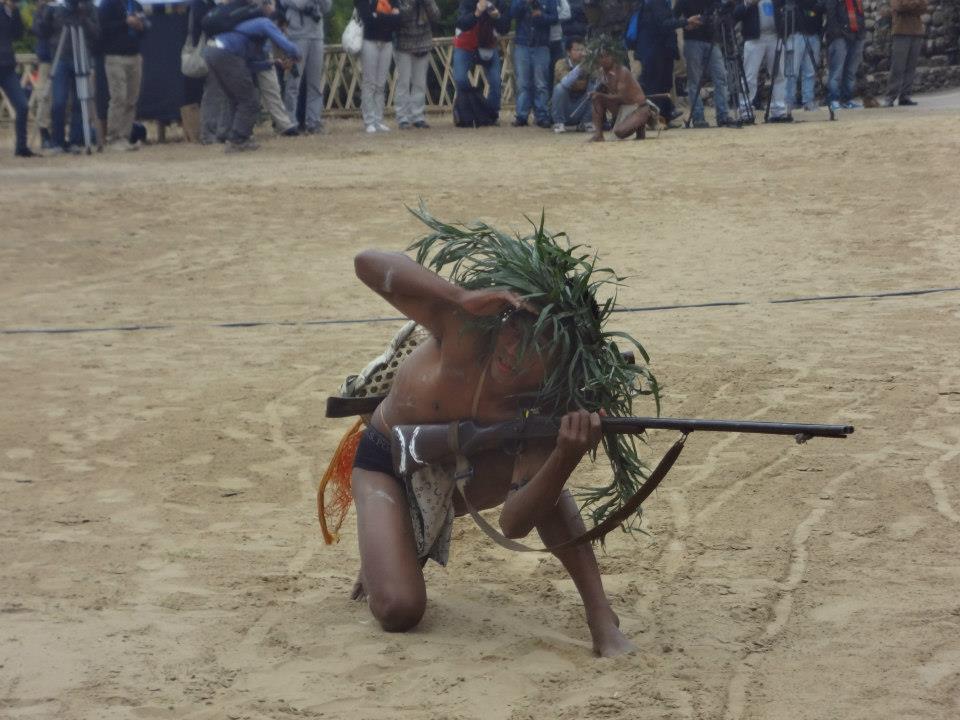 The last day of Hornbill festival becomes an extravagant affair with energetic performances. As the sunlight starts to slant, the tiredness of the day vanishes with loud war cries and lots of gunfire. The drum beating and mock fighting give an urge to go back in time. Finally, the ten-day festival concludes with bonfires, one for each tribe to dance around and one central fire in the middle. One of the best things to watch during Hornbill Festival in Nagaland. 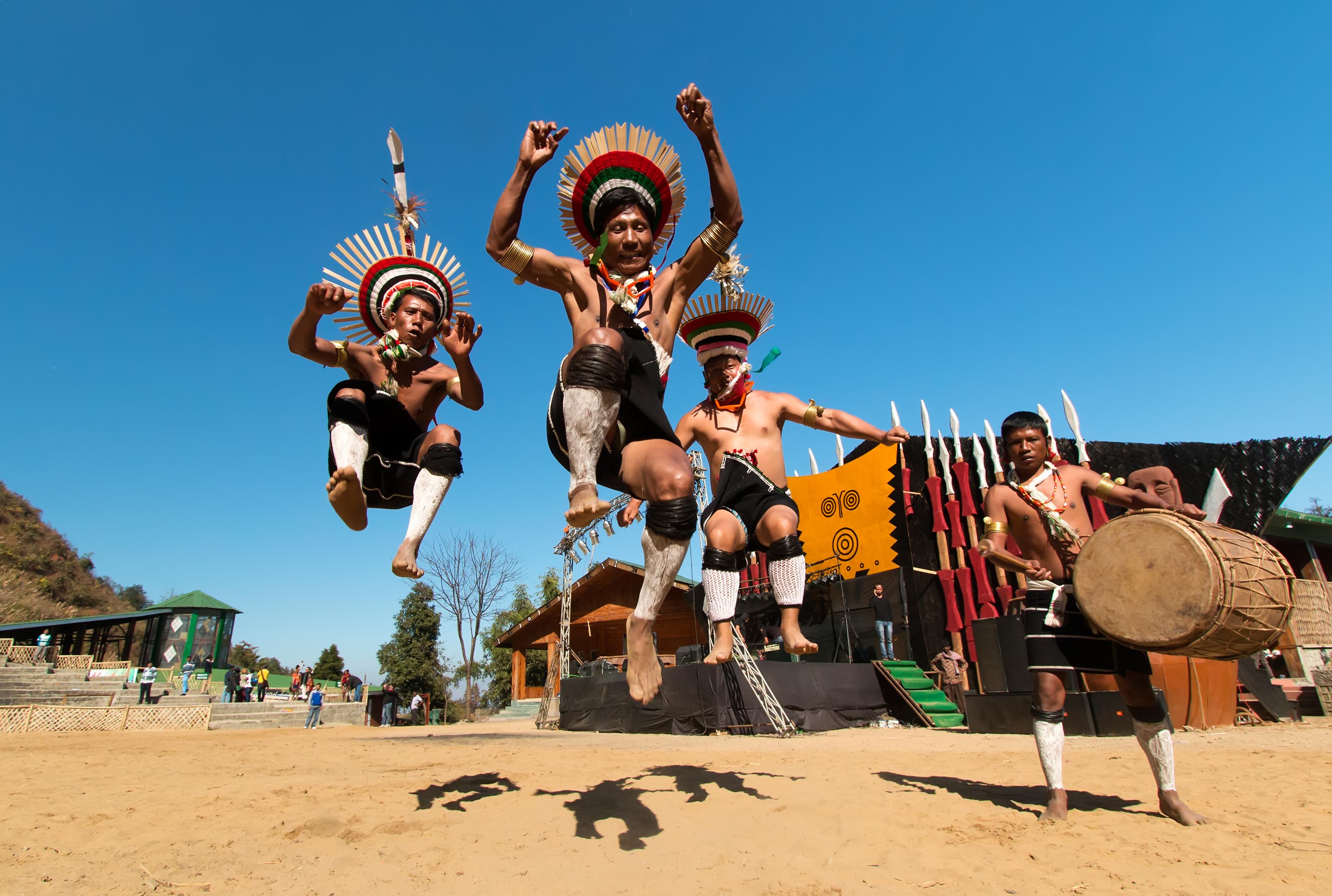 Hornbill festival in Nagaland is a lifelong experience of being a part of rich culture and tradition. Nagaland does not just offer festivals; there is a lot more to see in this beautiful place. From the War Cemetery located at the Dimapur and Imphal road junction has more than 1400 graves of officers who sacrificed their lives in the Battle of Kohima, to the unique village Longwa in Mon, where people have been given dual citizenship of Myanmar and India since the border passes through the middle of the village. The closest airport is in Dimapur, which is 74 km from Kohima. And the drive to the village is 3 hours. The place is very well connected by road and rail.