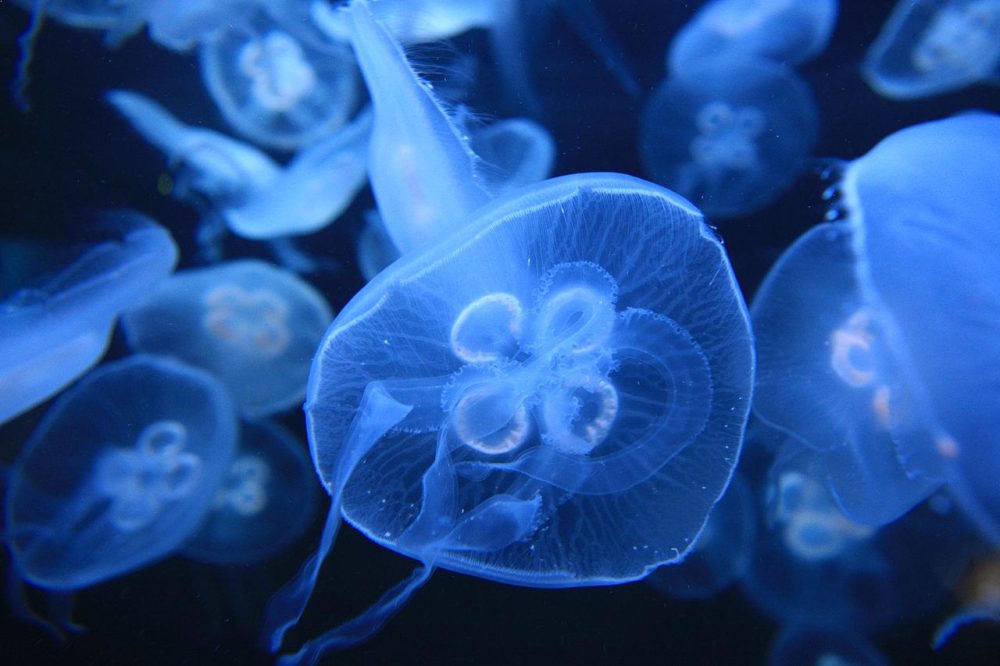 Jellyfish are some of the most enigmatic, elusive and fascinating creatures that live in the ocean and very rarely is one spotted by the common observer. They usually have bell-shaped bodies that move with pulsating movements and do not have a nervous system or brain. The tentacles of varying length are used by jellyfish to hunt prey and have poisonous stinging cells, some of which are also dangerous to humans. They are, however, some of the most beautiful animals found in the sea. Here is our list of the 10 most beautiful jellyfish in the world.

Beautiful Jellyfish In The World

One of the bioluminescent animals on planet Earth because of its shallow umbrella-shaped body and the bioluminescent tentacles that glow in a soft blue-green colour. In the dark waters that it inhabits, it looks like a firework going off. The tentacles have small stinging cells called nematocytes which are launched at the prey to paralyze or kill it so that the jellyfish can consume it. This animal lives off the Western Coast of North America. It is also one of the transparent animals on planet Earth. 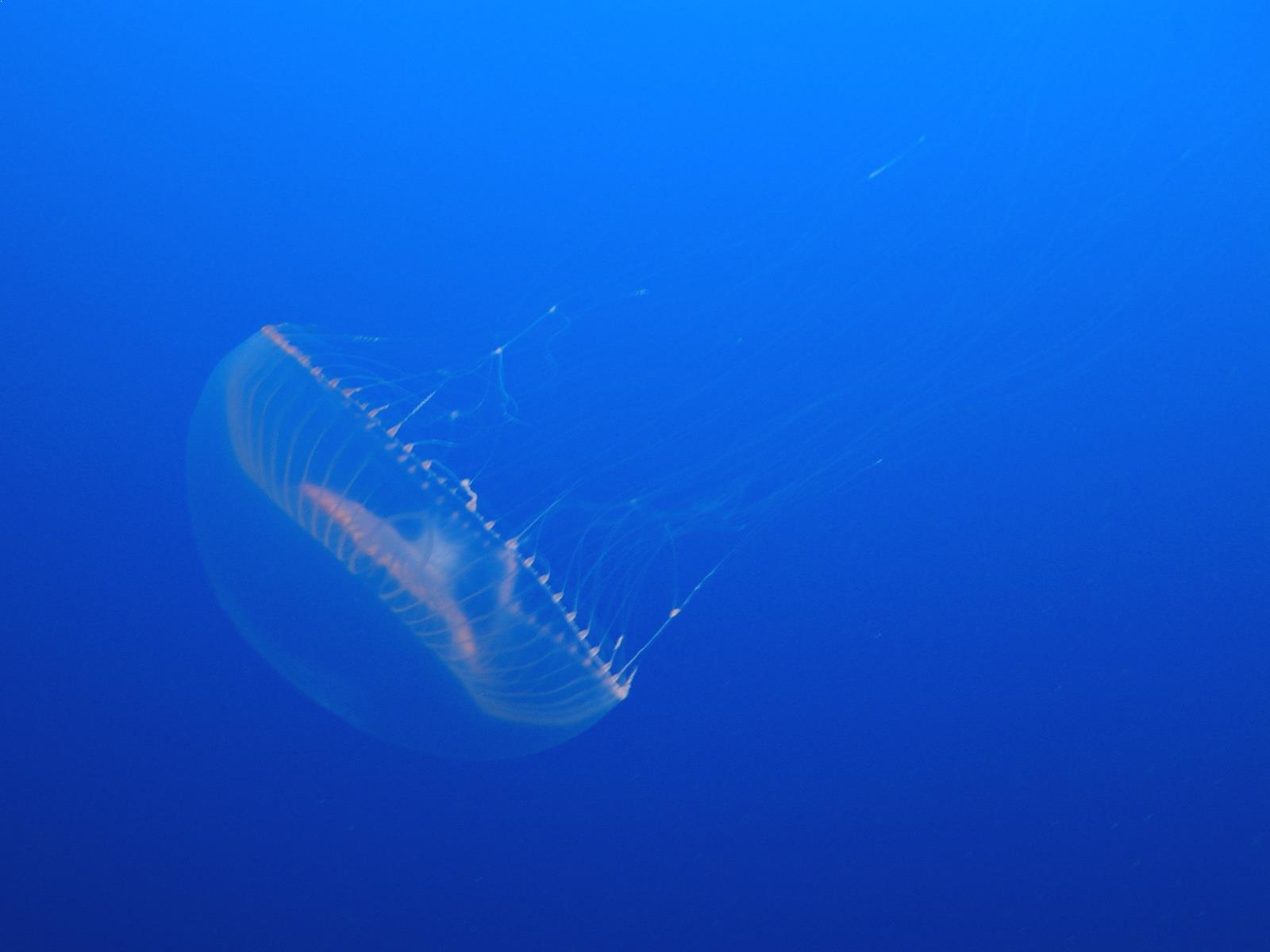 As the name suggests, this beautiful jellyfish inhabit the coastal waters around Australia and is called the Sea Wasp since it is extremely dangerous. It is almost completely transparent, making it difficult to see this animal in the water and it also moves fast to catch its prey. The tentacles of this jellyfish have poisonous stinging cells that are used to immobilise the prey. This poison is also highly dangerous for humans and a single dose can kill many full grown adults. Also, read about facts about starfish that will surprise you. 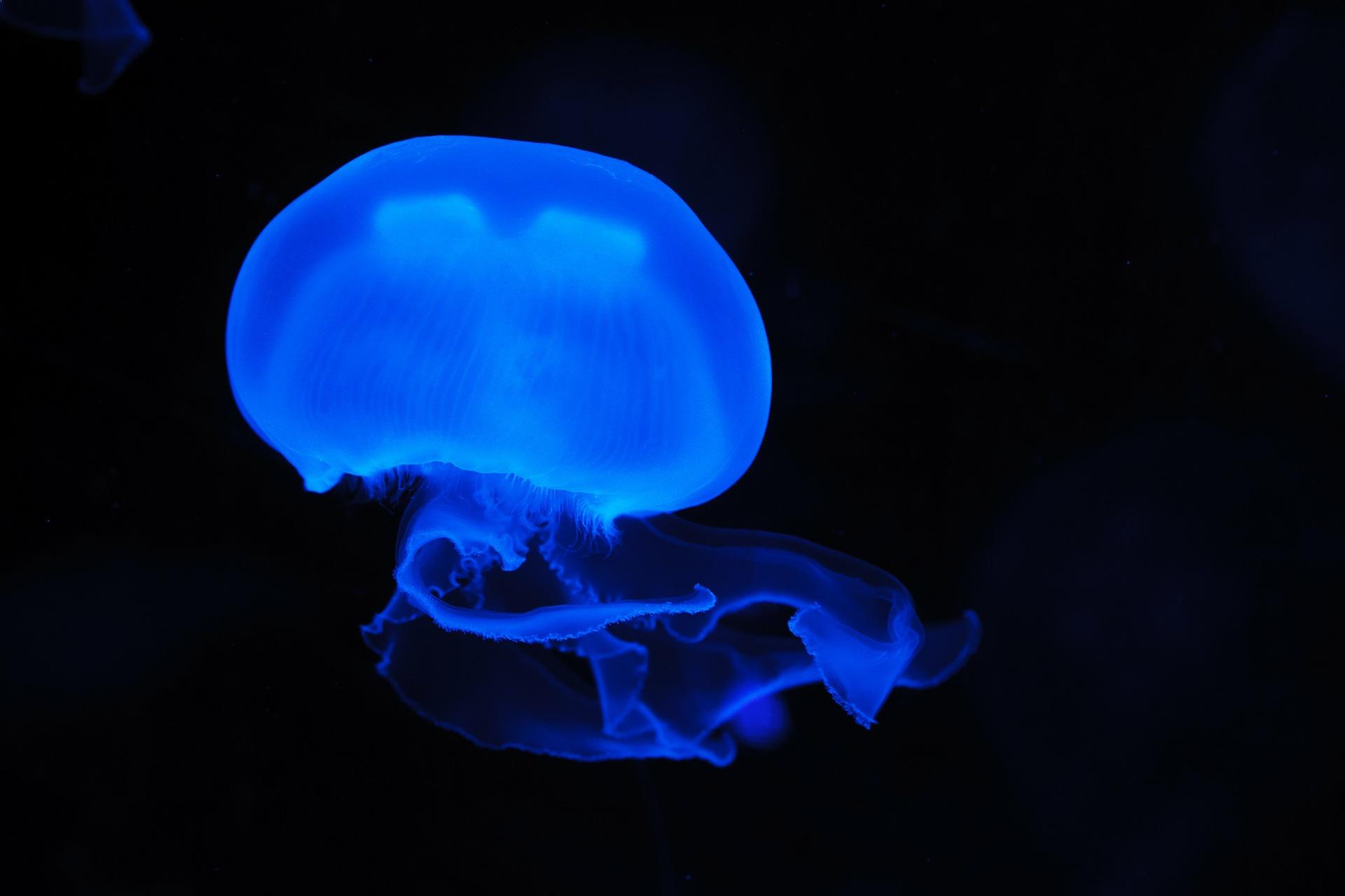 This beautiful jellyfish was recently discovered in the frigid Arctic Ocean and has since caught the attention of many because of its resemblance to the Star Wars character Darth Vader. This jellyfish is translucent and has eight tentacles, of which four and primary and four are secondary. While swimming, it holds out the tentacles in front, ready to sting any prey it might find. Not much else is known about this animal since it lives in a very remote region and is also quite elusive. 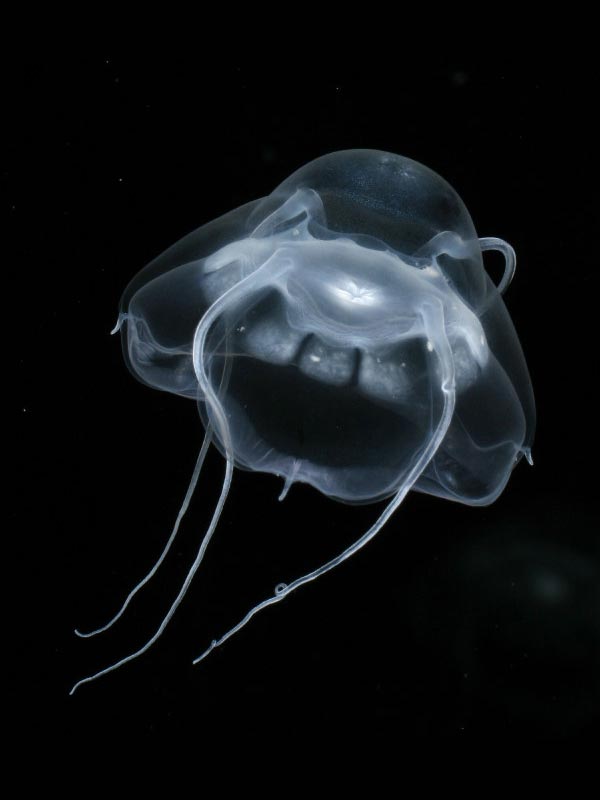 This jellyfish is beautiful in an uncharacteristic way and looks very different from other types of jellyfish. It is also known as Stauromedusae and is stalked and does have the life cycle like other jellyfish that alternates vegetative and sexual reproductive stages. It lives deep in the Costa Rican waters and is seen only below a depth of 8000 feet. It is not completely transparent and has an orange coloured body. 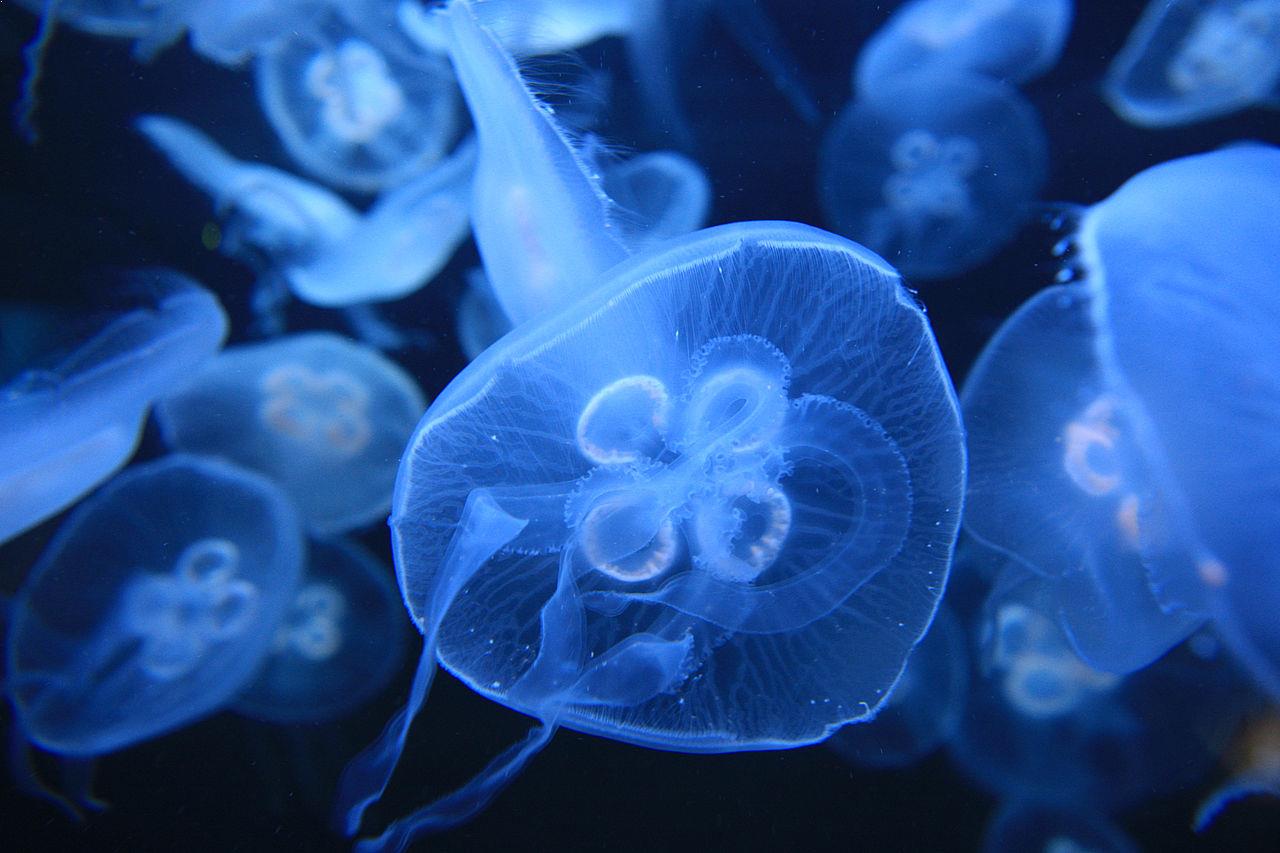 This beautiful jellyfish is named after the distinctive shape that looks like a spherical hat with designs on it. It is a comparatively rare species and is strikingly coloured in pink, purple and white. The tentacles are curled up when not in use and contain mild poisons, not life-threatening for humans. However, the sting is extremely painful. The main diet of the jellyfish is smaller fish and krill. Because of its small size of about 6 inches, the diet is limited to smaller animals. 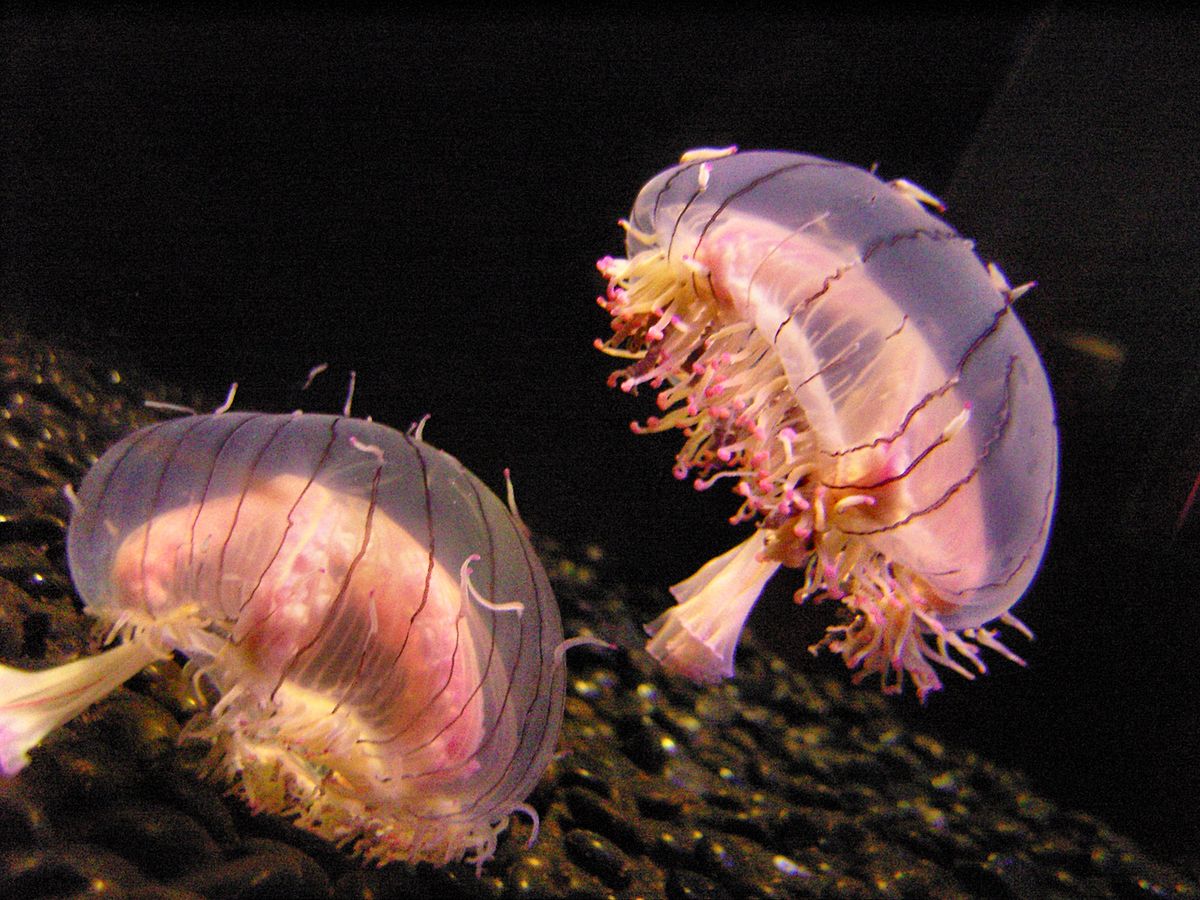 Similar to the Arctic Jellyfishes, this beautiful animal inhabits the water under the permanent ice caps of the Antarctic. It lives deep inside ocean where the water is almost completely dark. This jellyfish has not been studied well yet and is believed to have foot long tentacles, a tubular shaped body and a brownish red colour. It too has tentacles with stinging cells called nematocytes and the potency of this poison on humans is unknown. This animal is sometimes kept as a pet in aquariums but is very difficult to care for and required highly controlled conditions. 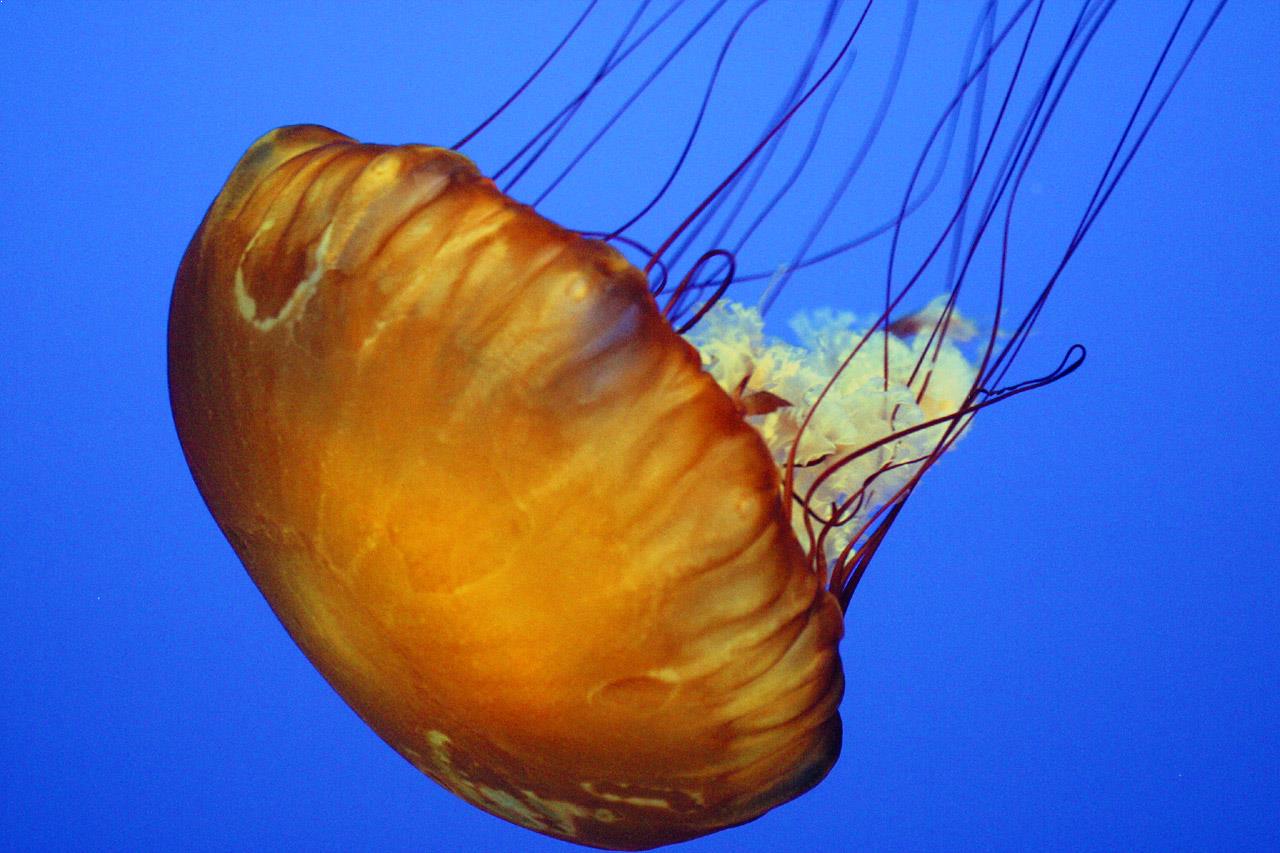 This beautiful jellyfish is also known as the saucer jellyfish or common jellyfish and has striking features. The body of this jellyfish is translucent and it has a very rhythmic pulsating movement which looks spectacular in the open sea. This is one of the most commonly found jellyfishes in the world and has a shallow circular body about 40 centimetres in diameter. The lifecycle of this animal is short and it dies within 6 months after reproducing. The diet of this jellyfish commonly consists of medusae, small molluscs and plankton. 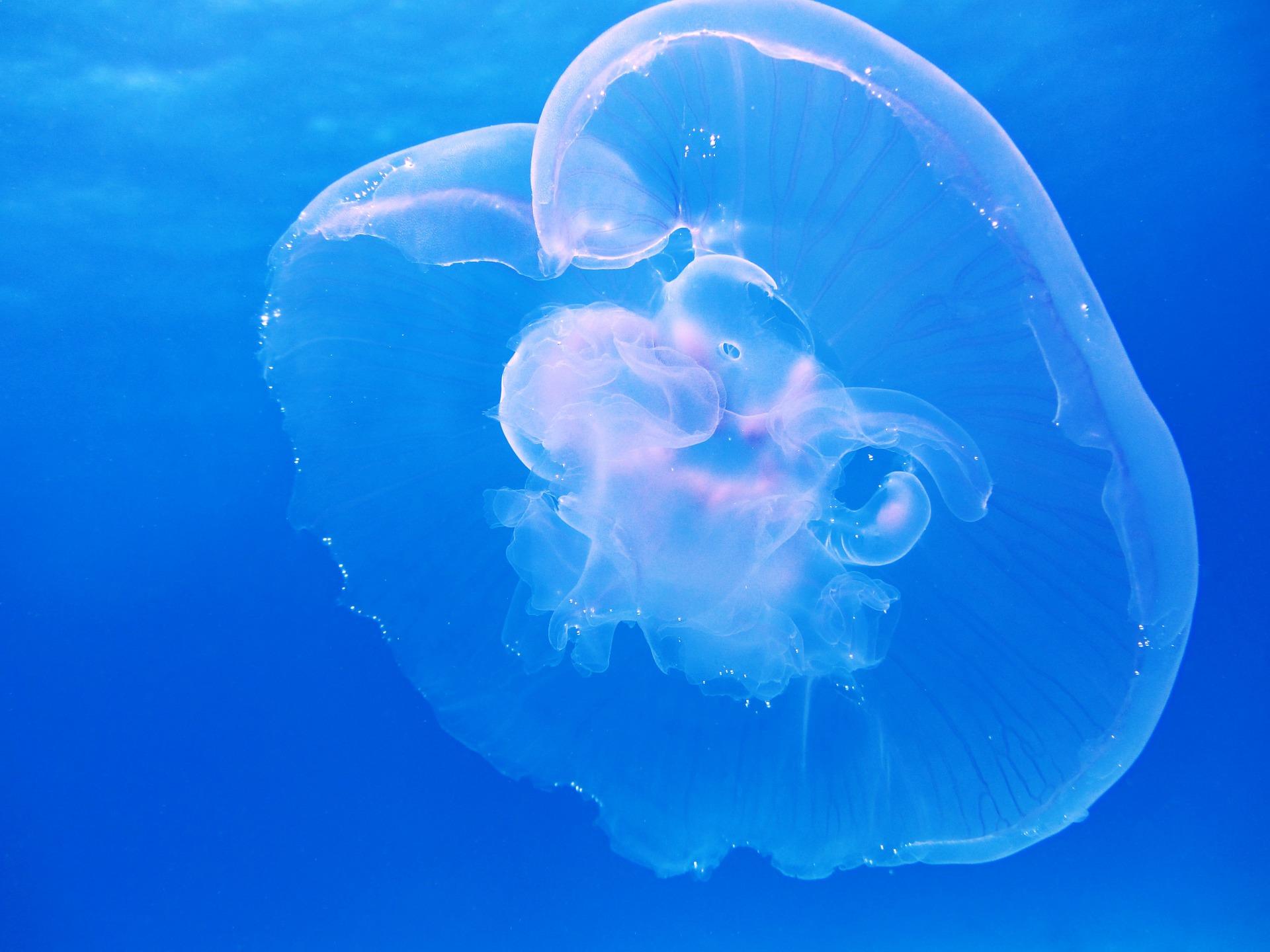 This interesting jellyfish is named after the Japanese scientist who first studied this animal. It is commonly found off the Japanese coast and is a very large jellyfish. On an average, this beautiful jellyfish can be as large as 6 feet in diameter and can weigh as much as 450 pounds. The sting of this jellyfish is deadly for humans and the population of this animal is gradually increasing, posing a threat to other marine life in its vicinity. This has led the government to take conscious efforts to promote this fish as a delicacy food to control the population.

This beautiful jellyfish has a very interesting story behind its name. It is named after the famous musician Frank Zappa because the scientist who discovered this jellyfish was a big fan of the musician. This animal has a peculiar feature whereby it continues to grow its tentacles throughout its life and the older the jellyfish, the longer its tentacles. It has a translucent body and the internal organs can be seen through the bell-shaped body. 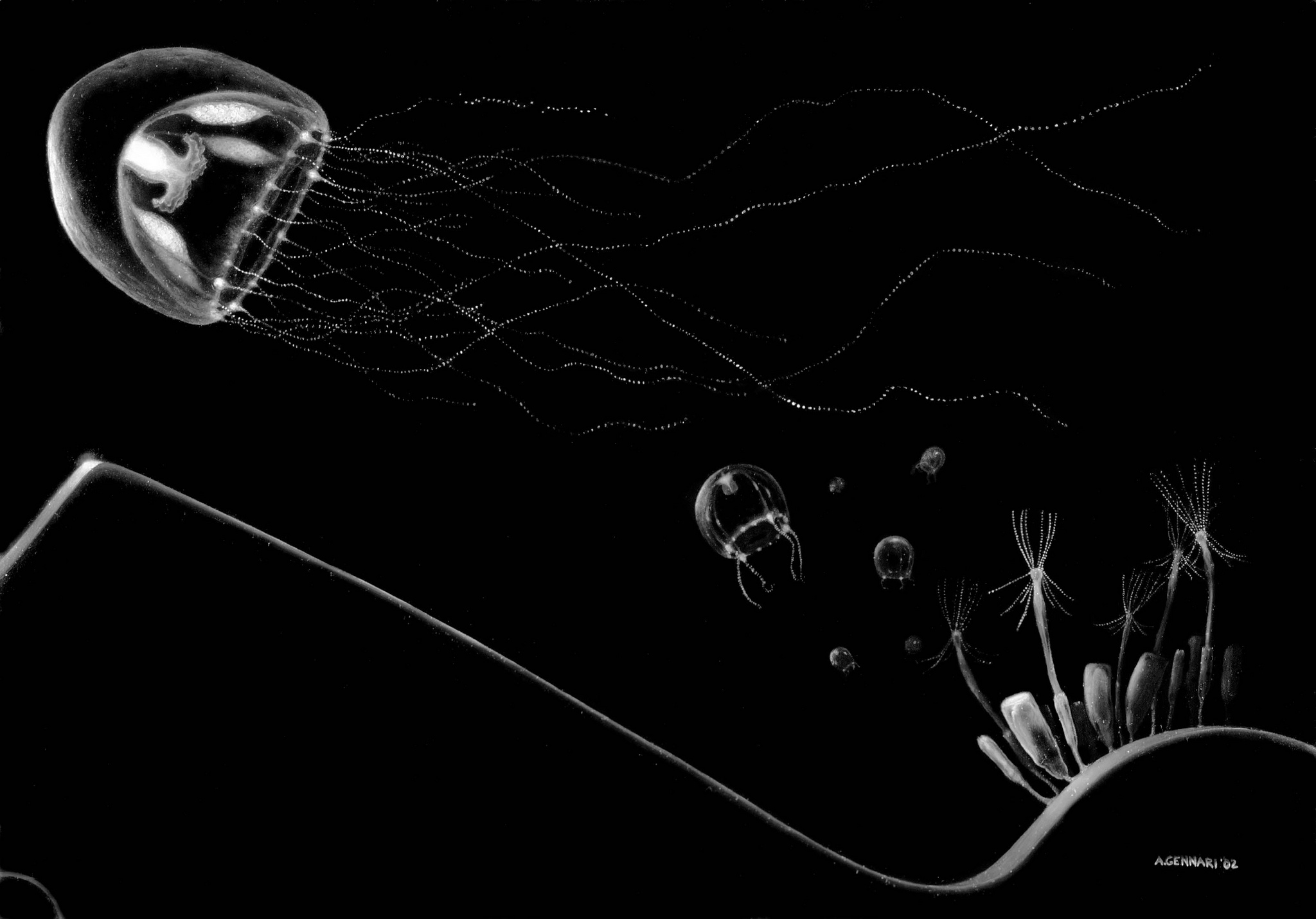 This jellyfish is fairly common in East and South East Asia and is one of the few jellyfish in the world that can be consumed by humans. It is considered a delicacy in China and Japan and is much desired despite the potentially poisonous tentacles that can harm humans if the jellyfish is improperly prepared. It has a smooth translucent body and short tentacles and the body is about 30 to 60 centimetres in length. This jellyfish is also sometimes cultivated in controlled environments to meet the demand for its supply of food. There are two varieties of this beautiful jellyfish – the China Type is slight orange in colour while the Japan Type is white. 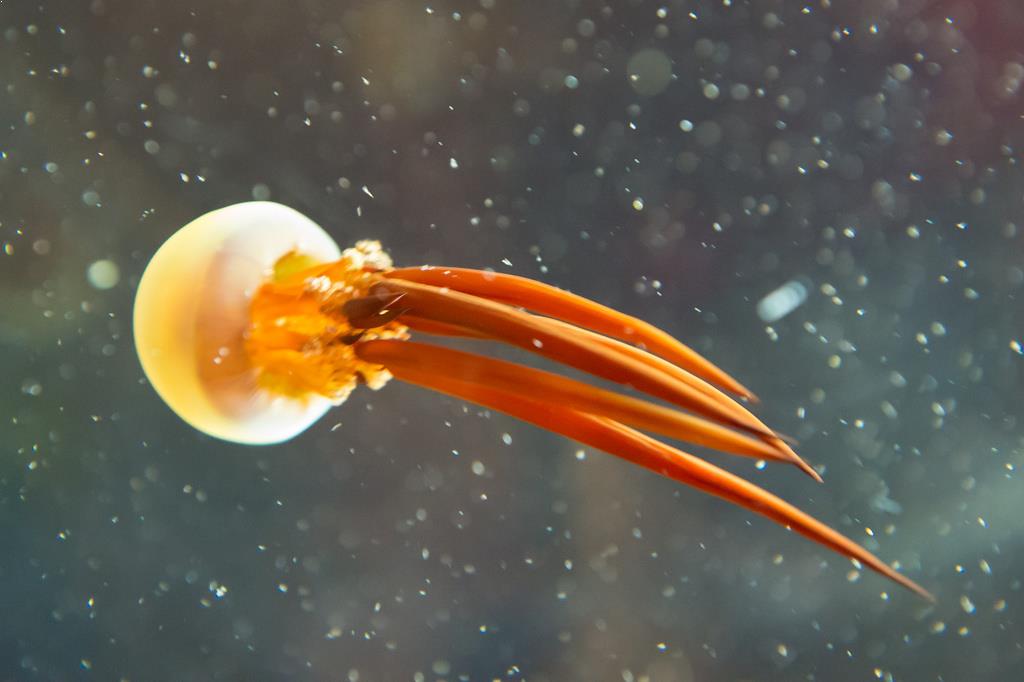 Spotting jellyfish in their natural habitat is usually very difficult since they live deep in the ocean and are difficult to see due to their transparent bodies. They are also elusive creatures that are not attracted to light. Aquaria and marine parks are the best places to see some of these beautiful creatures.