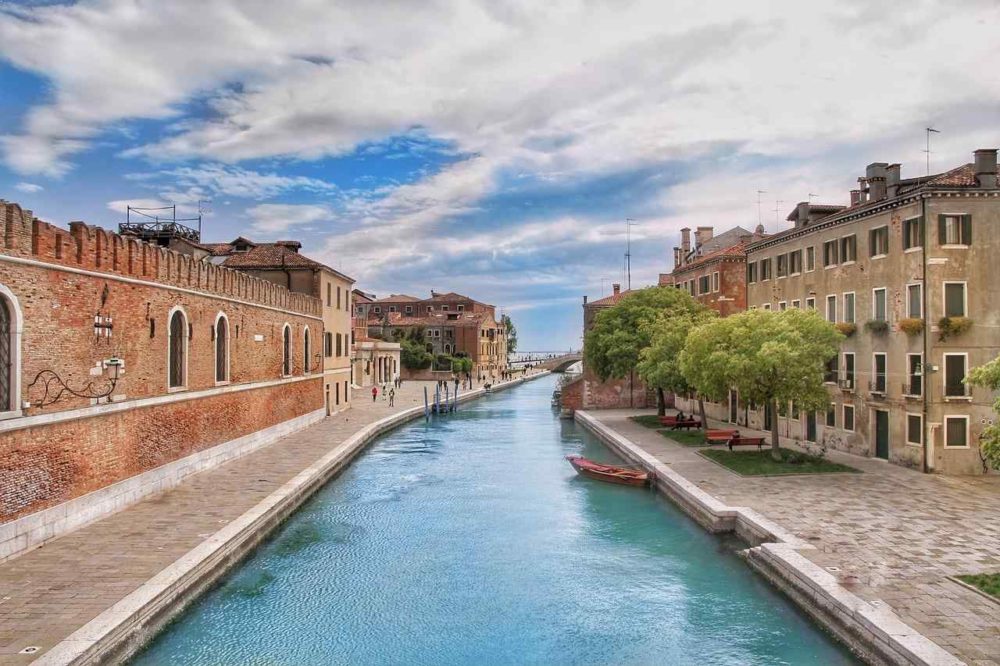 Waterways have for long been a part of cities and add a unique beauty to the landscape. Over the years, canals have been built in cities for various reasons ranging from security, irrigation, navigation, and connectivity to nearby towns. Today, Canal cities are reducing in number as canals are being emptied in favour of roads and the few that remain have become huge tourist attractions. Here is our list of the most beautiful canal cities in the world.

This romantic city in Italy is undoubtedly the most well-known canal city in the world. It consists of a group of 118 islands connected by bridges. It is the largest car-free city in Europe and small boats called Gondolas are the main mode of transportation in this canal city. It is one of the most popular tourist destinations in Europe and welcomes more than fifty thousand visitors per day. The Grand Canal is the principal waterway in Venice and there are over 170 canals and 400-footbridges in total.

Venice is famous for its bridges and it has 417 bridges, however, 72 of them are private. The houses in the city are numbered according to the districts and not streets and hence it is quite difficult to locate address even for the postman. The best thing will be to look for a landmark or monument or shop. It is also equipped with 350 gondolas and 400 gondoliers and on average gondolas are 11 meters long and weigh around 600 kilos. The S-shaped Grand Canal is the biggest canal in Venice and it splits the city in two. 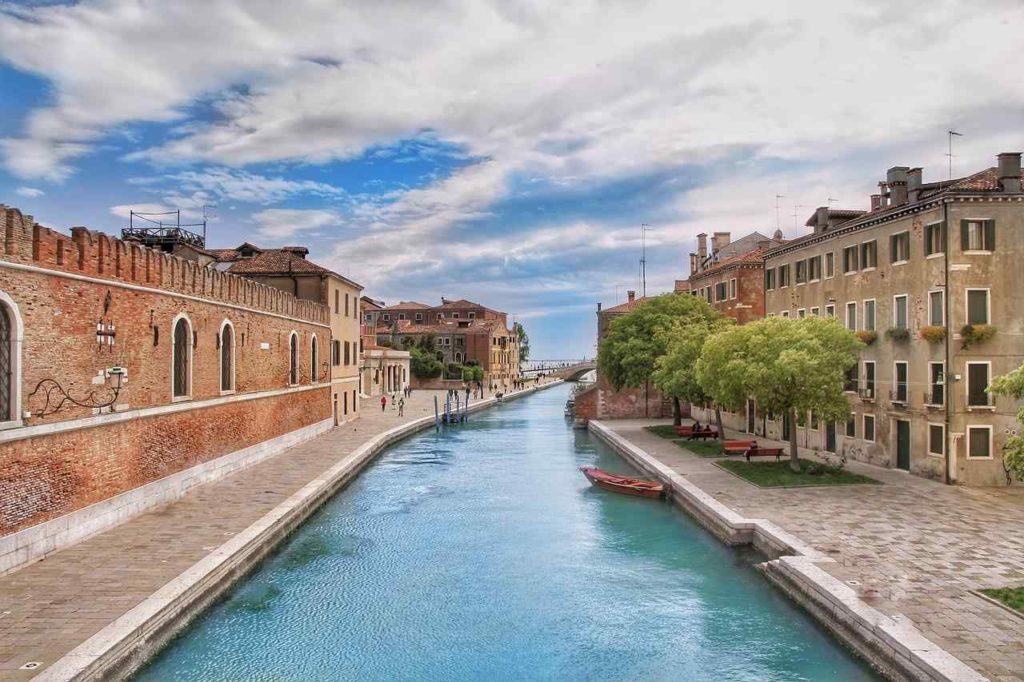 This city in England is the second most populous city in the country after the capital – London. Canals are still today the principal mode of transportation and pass through all the important parts of the city. The first canal was dug in 1769 and since then the length of canals has increased to 174 miles. In terms of length, this canal city has a longer canal system than Venice. Though some of the waterways have been paved over recently to make way for roads, the canal system remains an important part of the transportation.

Tourists can get a beautiful view of the city while on the cruise that navigates the canals. The city has more canals than Venice with a span of 56 Km of waterways. One of the UK greenest cities spanned in 8,000 acres and 600 parks and rest open spaces. The Birmingham Museum and Art Gallery have some of the largest collection of the world’s Pre-Raphaelite paintings. The busiest theatre in the UK is situated in Birmingham known as the Birmingham Hippodrome with over 520,000 visitors a year. 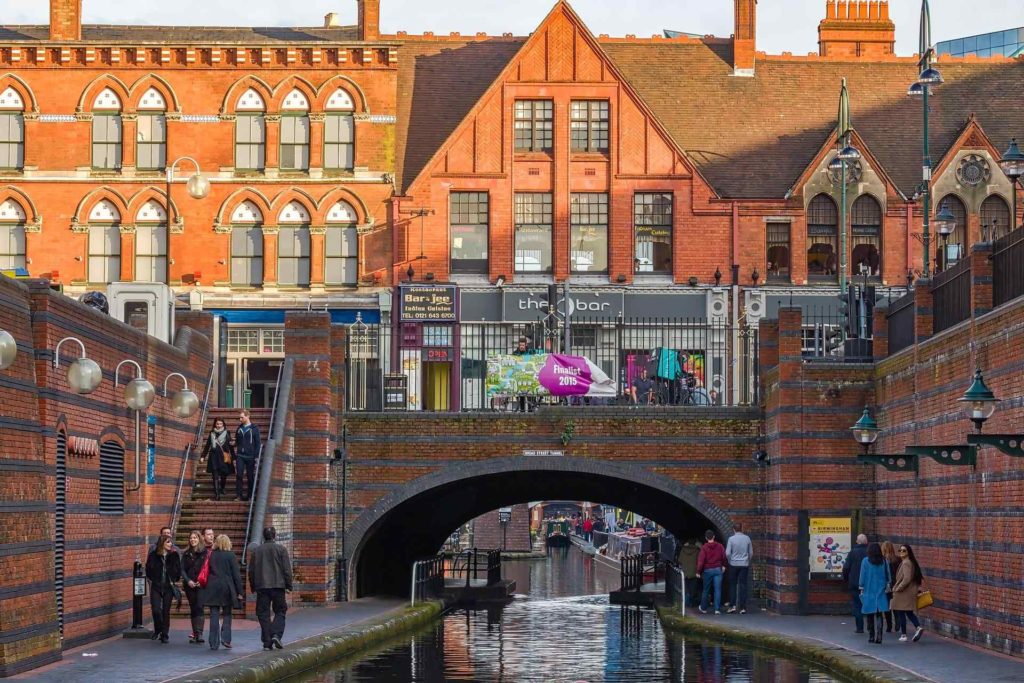 This village in the Netherlands often called the Venice of the Netherlands is a quiet and rustic place. The canals separate pieces of land and there are over 140 bridges connecting different areas of the village. This village, like Venice, is car-free and boats and cycles are the main modes of transportation. Special silent boats with electric engines called “whisper boats” ply in this village making it environmentally friendly as well as extremely picturesque. We have also written about beautiful villages around the world you must visit once in your life.

Additionally known as “Venice of North” or “Venice of Netherlands”, Giethoorn is an absolute beauty because of its waterways, bridges and special boats are known as punters’. The small town in nearby Amsterdam is an ideal place for relaxation and those who love Venetian streets covered by water for them this will be one the area, locations and will give you a lifetime experience. 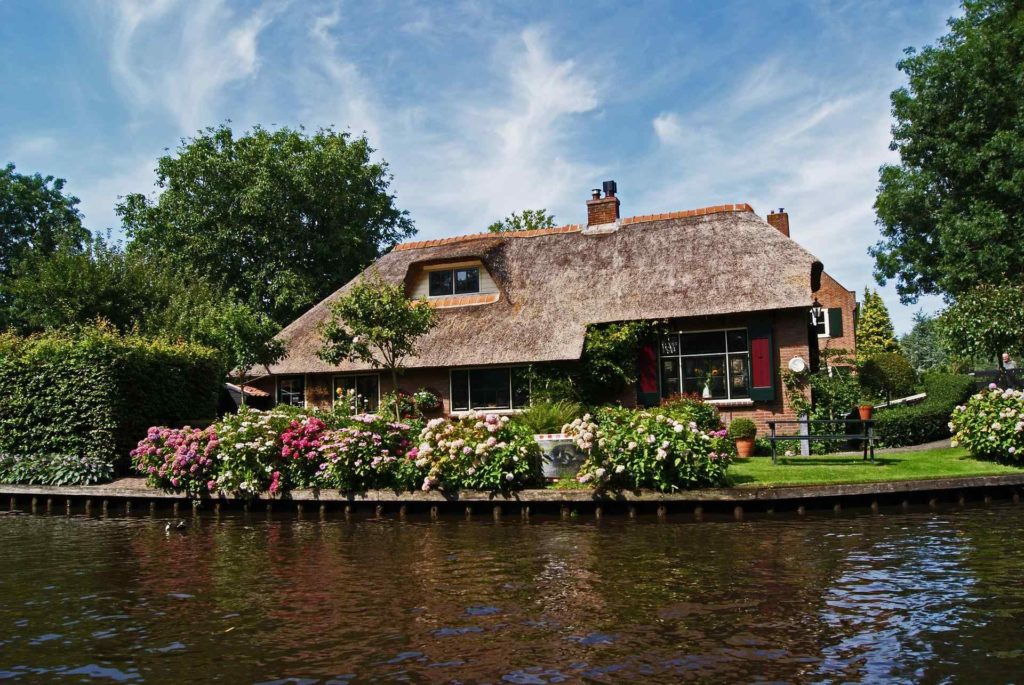 This beautiful city in China is famous for its quiet canals and scenic gardens. The largest manmade canal, the Grand Canal completed in 618 also passes through this city. Apart from this 1200 mile long canal, there are fifteen small canals that pass through the city and is the main form of navigation for the locals. The small and large canals intersect to form an easily navigable network across town.

The city is famous for its extensive gardens and the water towns. One of the wealthiest cities is famous for its high culture and excellence. The city is quite famous as a tourist attraction in China because of its cultural attractions such as its ancient Chinese gardens and beautifully designed old “water towns” connected with canals. The best time to visit the place is between April and September. 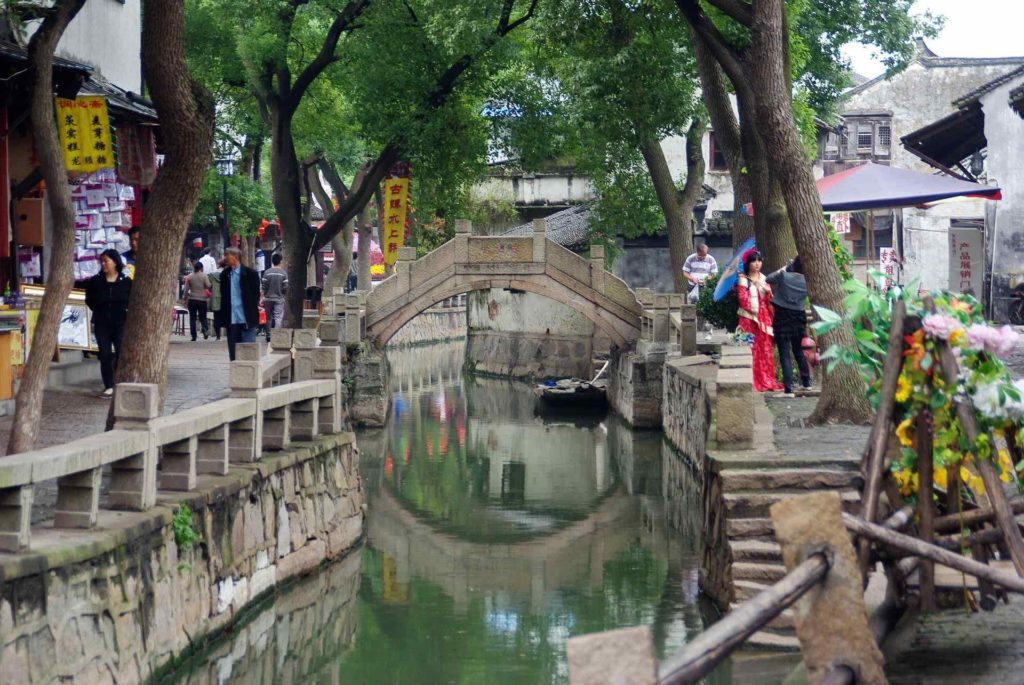 This town located in Kerala has many beautiful lakes, lagoons, rivers, and backwaters as well as canal networks. The Vembanad backwater is one of the most popular tourist spots in Kerala and is located near Alleppey city. This canal city is called the Venice of the East because of the many canals and lakes the criss-cross the city. Alleppey is also home to the Vembanad Lake, the largest lake in Kerala. There are a number of houseboats for hire in this canal city and give a breathtaking view of the town. Kerala backwaters come under best tourist places in India. We are pretty sure you will also like reading about spectacular waterfalls in India.

Additionally known as the Venice of the East by Lord Curzon when he visited the seventh largest city of Kerala in the early 20th century. Lord Curzon is quite fascinated by the beauty of the place and since then it is known as the Venetian Capital of Kerala. The name Alappuzha itself says the land located between the sea and the stream of rivers flowing into it. The place is named after it’s geographical features. 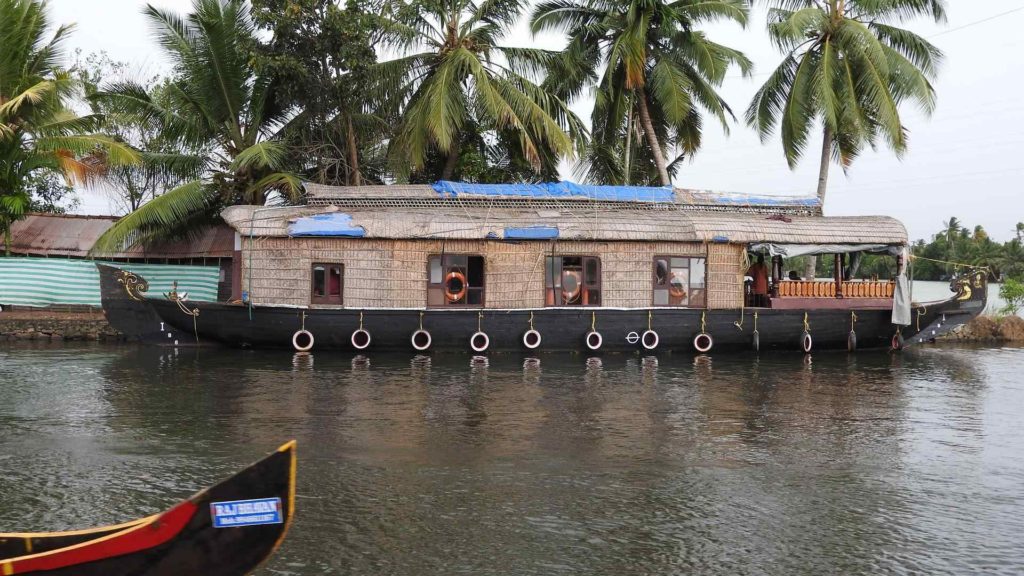 This city is the capital of Sweden and is built on 14 adjoining islands. The surrounding thirty thousand islands of different sizes from the Stockholm archipelago and are the connecting link between the Baltic Sea and the East. Most tourists and locals use boats to get around the city and the waterways are open for a number of activities like fishing and swimming. This canal city is also one of the greenest in the world and has many parks and protected areas. Boating in the canals at night offers a unique view of the city with its glittering lights reflecting off of the still waters.

The Swedish capital is connected by 57 bridges and situated on 14 islands and on total have 96 beaches surrounding the city. The oldest building of the city the Riddarholmskyrkan is used as the final resting place of Swedish monarchs. The building was built in 1270. Fishing and picking berries and mushrooms is legal in all the territory of Stockholm including private ones. Also, you don’t need any permit to have small motor ship or boat. The people of Stockholm own around 200,000 boats.

This city in Belgium is a picturesque medieval famous for its system of waterways, greenery, and many forts. Burges is known as the Venice of the North because of the many canals and beautiful buildings. For tourists, a boat tour along the canals of the city is the best way to explore the city and get a taste of the local life. This town also produces delicious chocolates that are made in many different flavours.

The small Bruges have 50 of Flanders’ 470 castles are located in this city and its surroundings. It is also well connected with a large number of canals and bridges and hence considered as Venice of the North. Travellers can explore the city by sailing over the boat through these canals. Since ancient times because of its connectivity with the water, it is considered one of the major commercial centres of Europe. 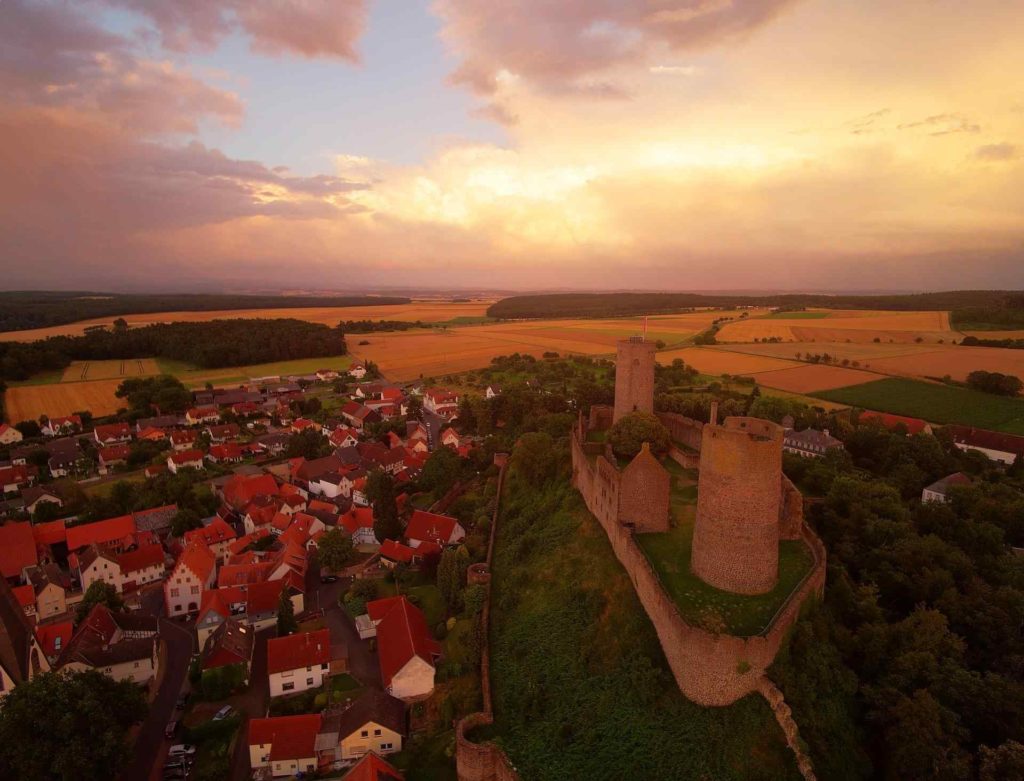 The capital city of Thailand heavily relies on canals since the 18th century when the first canals were built to protect the borders of the city. One of the most visited cities in the world, the city saw an increasing number of canals built for irrigation and navigation. Though many canals have been drained and paved over to build roads, canals are still one of the most important modes of transport and are also centres of commerce. Canals in Bangkok are called Khlongs and Khlong Saen Saeb is the main and longest canal existing today. Not only are the small boats the best way to get around the city and for sightseeing but also from the famous floating markets which are a major tourist attraction. 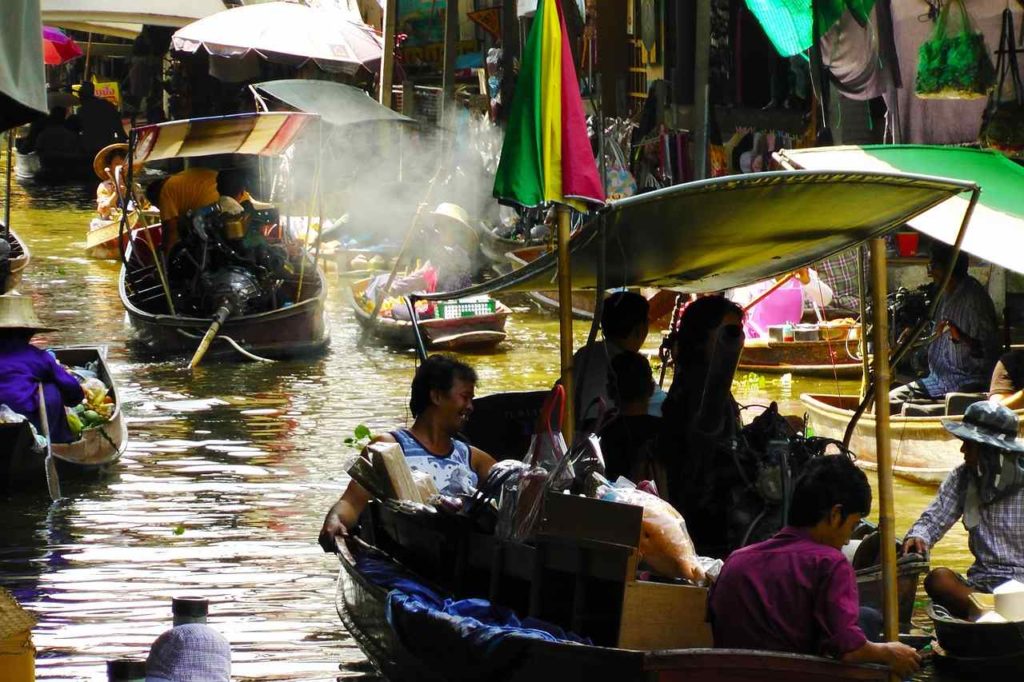 This city in Florida, United States has a long canal system than any single city in the world. It has a 400-mile long canal system connecting the saltwater and freshwater lakes near the city. These canals are man-made and give a spectacular look to the city. They were built in the 19702 and serve multiple purposes. They are a good way to get around the city and also help in irrigation of the nearby farms. The interconnection of multiple water bodies prevents the city from flooding. Many restaurants and resorts have also been built on the waterfront. The United States is also listed in countries with longest coastlines. 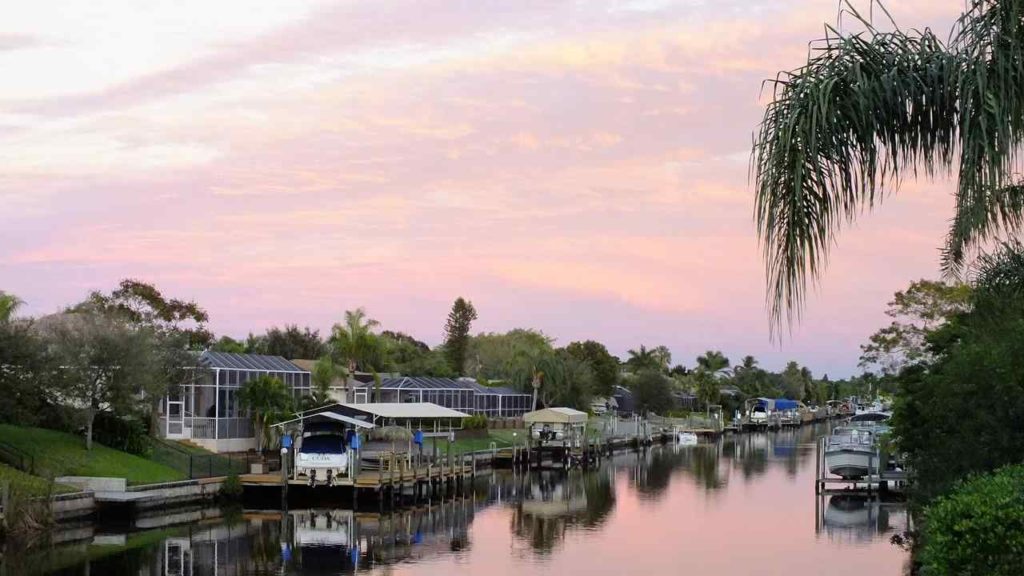 Located in the Mekong Delta in Vietnam, this city is one of the largest canal cities in the world. It lies at the intersection of many canals and river networks. The canals and rivers together have a total length of 1157 kilometres and the Hau River is the largest passing through this city. Like Bangkok, this canal city to has floating markets, the largest and most famous being Cai Rang market. Tourists can get a flavour of the local life while touring the markets and it is also a great way to taste authentic Vietnamese cuisine. 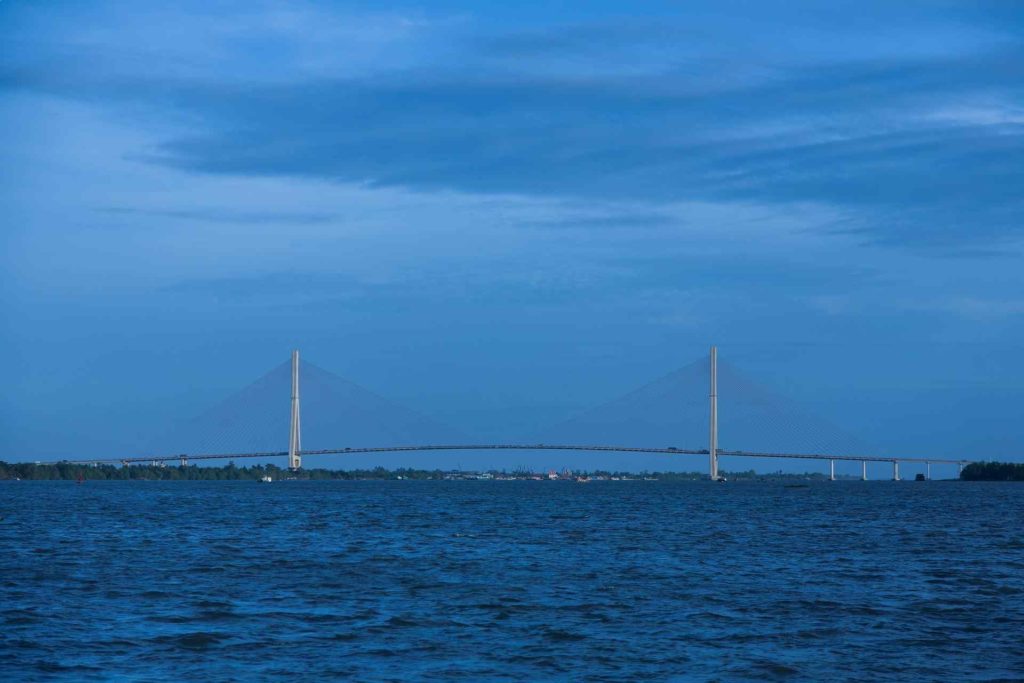 Canal cities have a different charm of their own because of the calm water, the cool breeze and the small boats used to get around the city. Cities on this list have incredibly well-maintained canals that have been functional, some time for centuries and continued to be used in the same way. The unique geography of these cities makes canals the most viable way to get around town. Which of these spectacular canal cities would you like to visit?

These are the 10  beautiful canal cities in the world. Do post your comments.