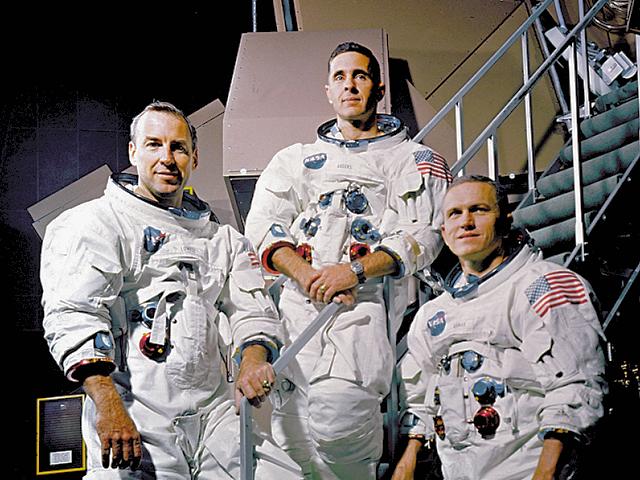 National Aeronautics and Space Administration is an independent agency of the US federal government responsible for the civilian space program. President Dwight D. Eisenhower established NASA in 1958.NASA had successfully established many space types of research and missions in Nasa’s history. NASA had been successful in sending its crew on the moon, Mars orbits and at other places on vast space. Here is a list of Top 10 missions in NASA’s history –

A historical spaceflight that landed two men on the moon – Mission Commander Neil Armstrong and pilot Buzz Aldrin. The mission was launched on 16 July 1969 which consists of three members in a crew – Mike Collins, Buzz Aldrin and Neil Armstrong. This mission Apollo 11 is best known and most successful mission of NASA’s history. After 6 hours of the spacecraft landing, Neil Armstrong landed on the moon and became the first man to step on outer space. Pilot Aldrin accompanied him after 20 minutes band they spent about two and quarter hours on moon’s surface. They collected about 21.5 kg of lunar material to bring back to Earth. 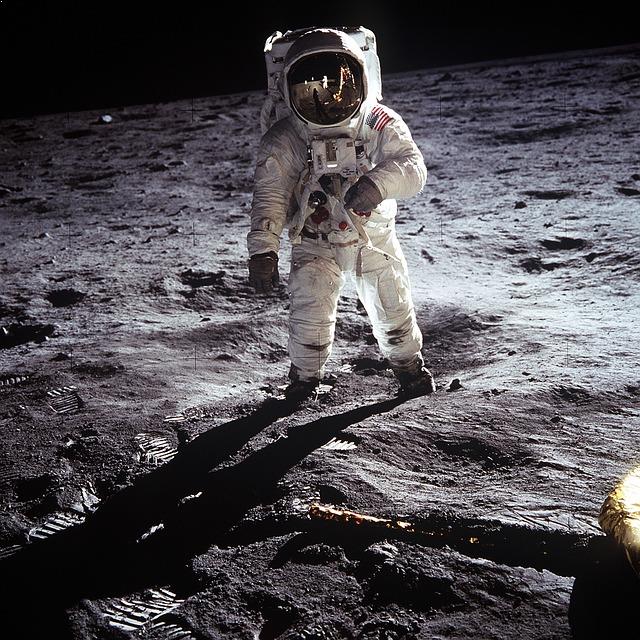 Apollo 8 is the second manned spaceflight in the United States Apollo space program. This program was launched on 21 December 1968. This was the first successful mission to leave the Earth’s orbit and successfully entered the Moon’s orbit on Christmas Eve and returned back safely at the Pacific Ocean on 27th December. The mission built the most powerful rocket ever constructed – the Saturn V. Mission consisted of three crew astronauts – Commander Frank Borman, Module pilot James Lovell, and Lunar Module pilot Williams Ander. These humans were the first to travel beyond low Earth orbit and entered under the gravity of other celestial bodies other than Earth.

Curiosity is a car-sized rover designed by NASA to explore “Gale Crater” on Mars as a part of NASA’s Mars Science Laboratory (MSL). The rovers’ objective includes the study of Martian climate and geology. Its investigation includes microbial study at Gale Crater and Role of water on Martian surface. The rover consists of most advanced scientific instruments constructed ever. The Curiosity rover was launched on Atlas V on 26 December 2011 and landed on Aeolis Palus in Gale Crater on Mars on 6 August 2012. Curiosity’s design will serve as a base for Mars 2022 rover. 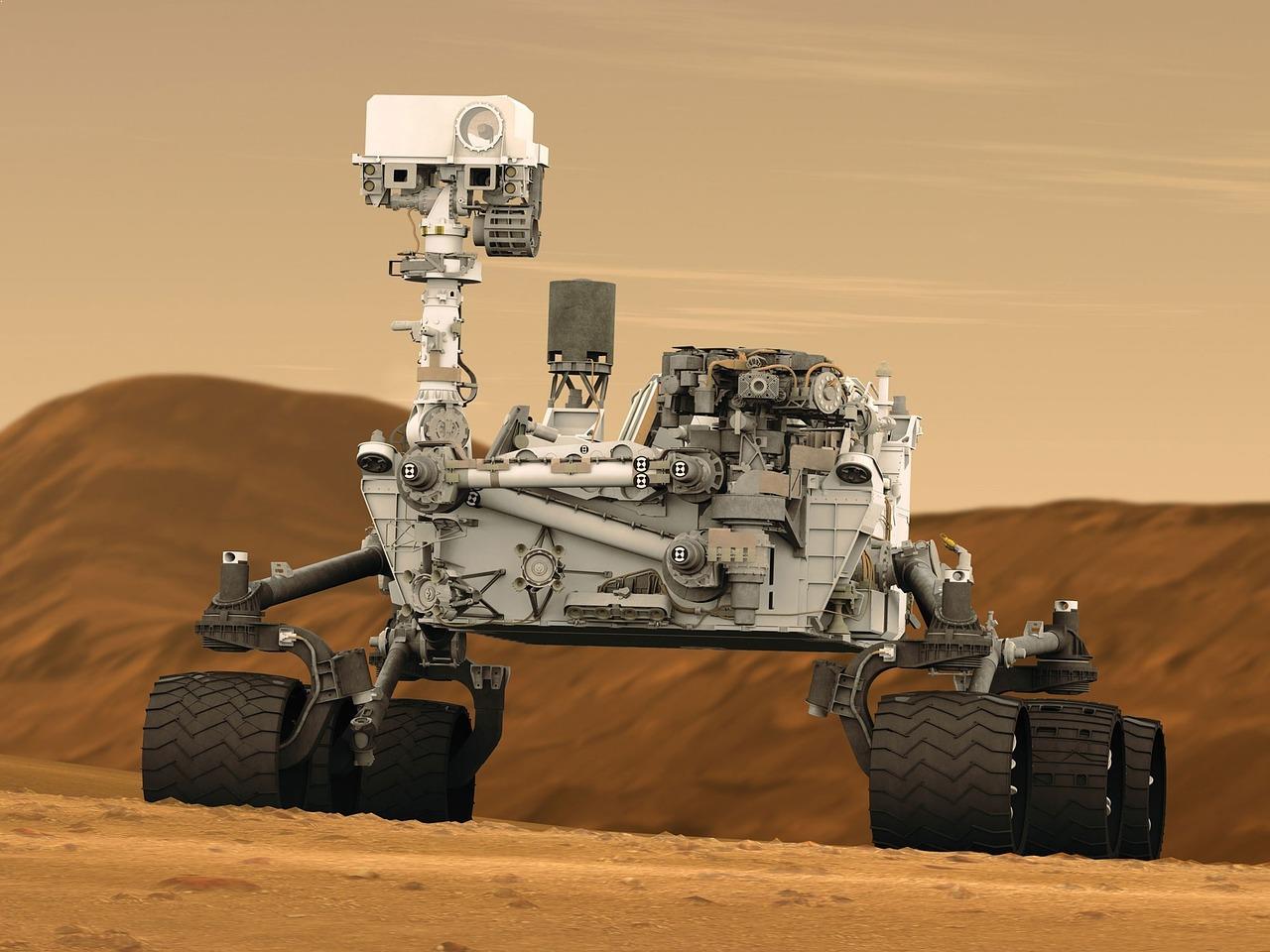 One of the Missions in Nasa’s History, Voyager is an American scientific program that employs two robotic probes i.e. Voyager I and Voyager II in outer space to study our solar system. The probe was launched in 1977 to study the orbital motions, periodic revolution and atmospheric climatic studies of mainly three planets – Jupiter, Saturn, Uranus and Neptune. Voyager I studied planetary motions of Jupiter and Saturn while Voyager II studied Uranus and Neptune. Data and photos revealed by these two probes help us in studying the four Giant planets. Currently Voyager I is in the interstellar space and Voyager II is in the heliosheath. 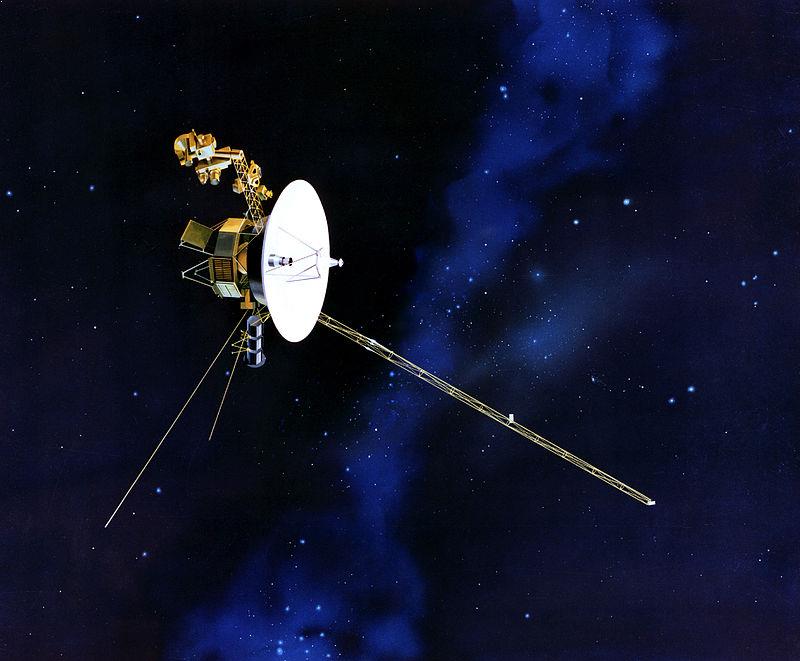 ISS is a space station or an artificial satellite in a low earth orbit. ISS is largest man-made body In low earth orbit and can often be seen with naked eyes. ISS is a symbol of international cooperation. ISS consists of pressurized modules, solar arrays and perfect trusses. Its first component was launched in 1998 into orbit. The last pressurized module was fitted into ISS in 2011. ISS is expected to remain in the orbit till 2028. ISS program is a joint project between five space agencies – NASA, JAXA, ESA, CSA, Roscosmos. The station is divided into two sections – the Russian Orbital Segment (ROS) and the United States Orbital Segment (USOS). It is listed as one of most critical Missions in Nasa’s History. 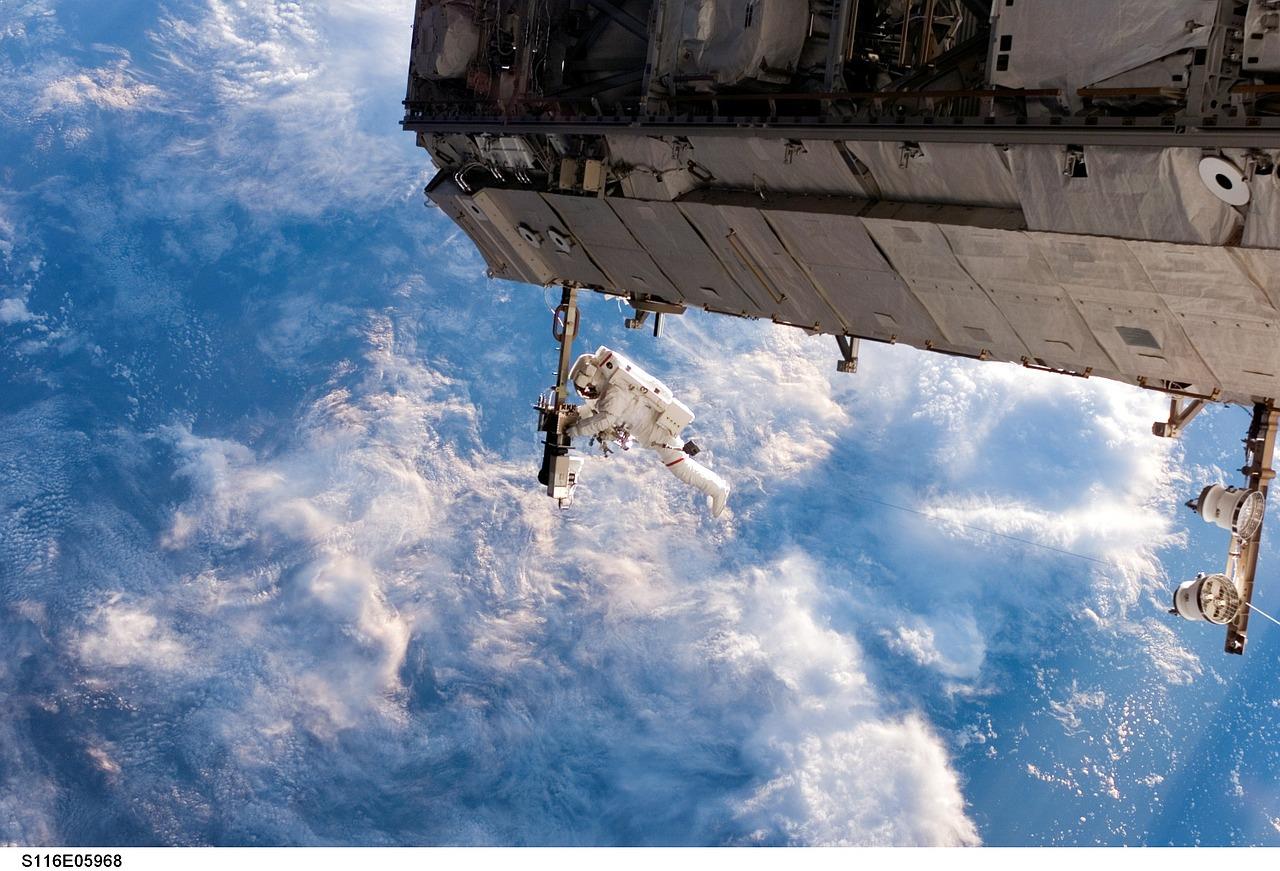 STS – I was the first spaceflight of NASA’S space shuttle program. The first orbiter, Columbia was launched on 12 April 1981. The spacecraft remained for 54.5 hours in space and returned back on 14th April. During this time it rotated 36 times around the Earth’s orbit. Columbia carried a crew of two – mission commander John Will Young and pilot Robert L. Crippen. Columbia was embedded with EMUs in case of the emergency spacewalk. Development Flight Instrumentation is the only load present in Columbia. This instrument is used to measure stresses that occurred during launch, orbiter’s performance and Orbital flight, descent and ascent. 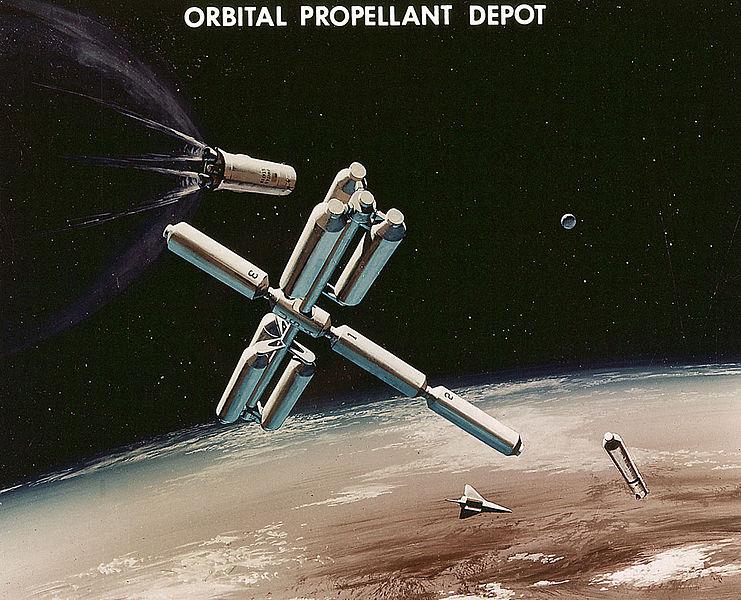 Second manned space flight of NASA’s project Gemini occurred on June 1965. Astronauts James McDivitt and Ed White circled the earth 66 times in four days. The highlight of this mission is that the first spacewalk was done by an American during which White floated free outside the spacecraft in a vacuum. White floated freely for about 20 minutes without much damage. This mission helped the United States to overcome Soviet union in the lead of Space Race. This flight was control by new mission control centre at the Manned Spacecraft Centre in Houston, Texas. This was the first time in history when audience from 12 European countries could watch the live event of launch on the television. 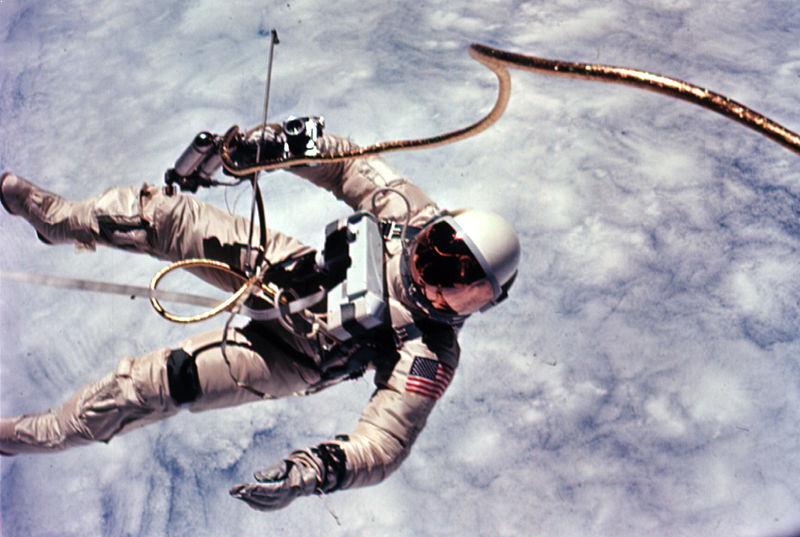 The United States had never sent a man to orbit and this had become a critical part as the Soviet Union had already taken the lead in sending a man to earth’s orbit. So on 20 February 1962 Glenn Jr. became the first American to orbit around the earth. Glenn circled the earth three times in 4 hours 55 minutes before the Mercury 7 spacecraft splashed down in the ocean. The Mercury-Atlas Mission (MA-6) helped the US in the space race with the Soviet Union. The success of Friendship Mission helped NASA to accelerate its effort with project Mercury. 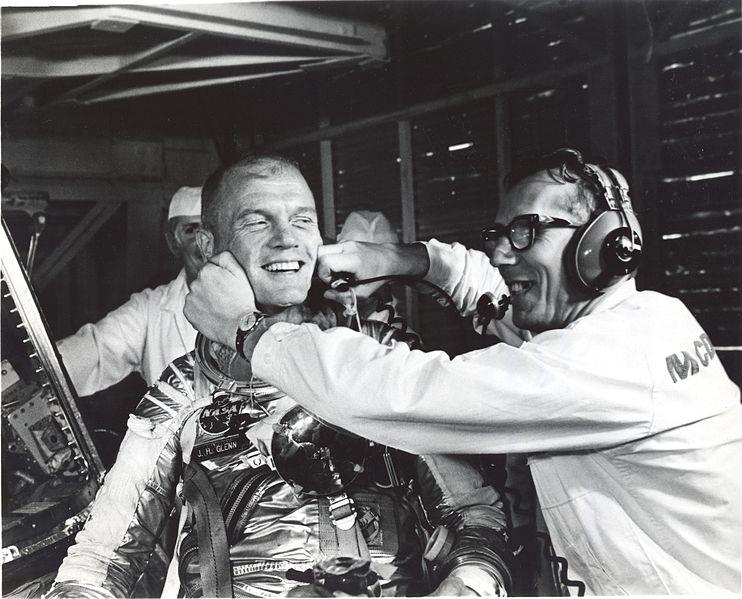 Viking was probe specially designed for Martian atmosphere. Viking I was launched on 20 August 1975 and Viking II was launched on 9 September 1975. Viking I entered on Mars orbit on 19 June 1976 while Viking II entered on 7 August. They imaged and did scientific research on the Martian surface while landers continued to deploy instruments on Mars. The project cost roughly 1 billion USD in 1970s dollars. Based on our observations from earth scientists thought that life on Mars is not possible. 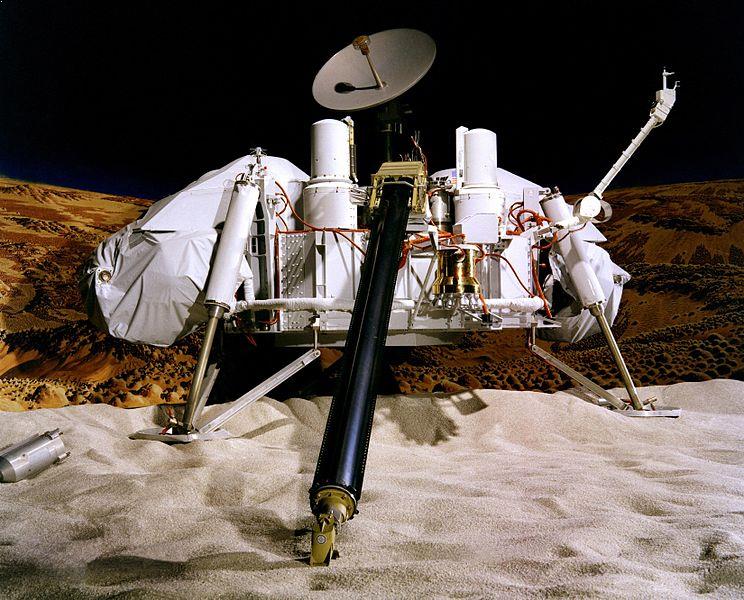 The Wilkinson Microwave Anisotropy Probe(WMAP), originally known as the Microwave Anisotropy Probe (MAP), was a spacecraft operating from 2001 to 2010. This was launched on 30 June 2001 from Florida. It is used to measure true differences across the sky in the Cosmic Microwave Background (CMB) – the radiant heat remaining from the Big bang. It was operational for 9 years and was switched off in 2010. The WMAP data gets fit very well by the universe that is dominated by dark energy. 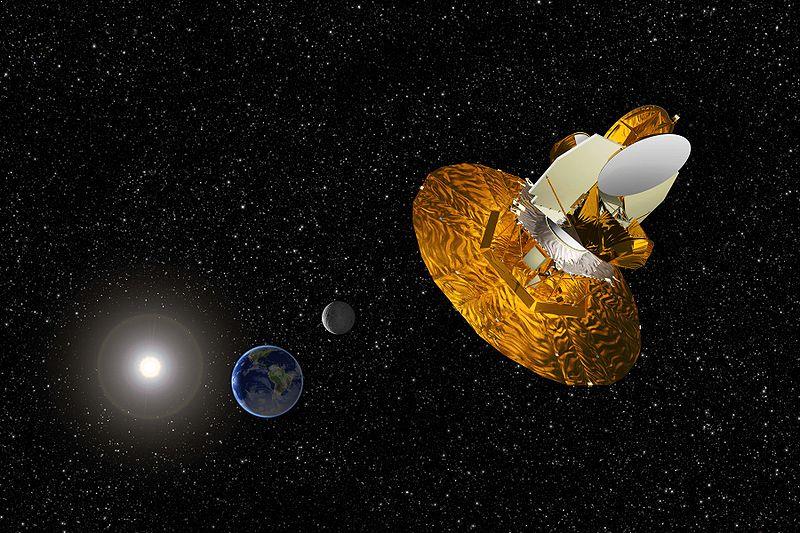 These are the top 10 missions in Nasa’s history. Do post your comments.