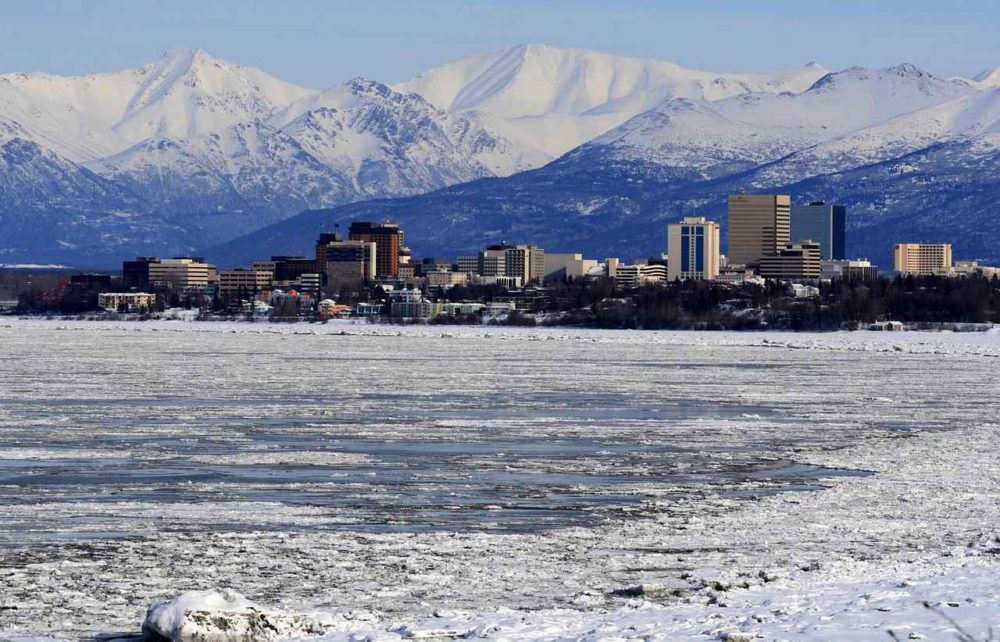 The United has numerous cities situated all across the country. Today, we will list down the largest cities in us based on land area. Now, if we say the land area, it will also include the water area in that particular city. There can be many scenarios when the cities may look geographically large primarily because its municipal government has merged with the government of the surrounding county, however, in many such cases, it doesn’t exist. Here is a list of largest cities in us based on the land area,

Largest Cities In US

Formerly known as Novo-Arkhangelsk, or New Archangel when it was under Russian rule is a unified city now known as the City and Borough of Sitka. It is situated on the Baranof Island and the south half of Chichagof Island in the Alexander Archipelago of the Pacific Ocean that comes under U.S. state of Alaska. If we talk about the 2010 census, the total population of the city was 8,881, however, in the sense of the land, this is the largest city in the U.S with a land area of 7,434 km2. Urban Sitka, which is a part of the city located on the west side of Baranof Island.

The second largest city in the U.S with a land area of 6,998 km2 commonly known as Juneau is the capital city of Alaska since 1906. The city was named after a gold prospector from Quebec, Joe Juneau, however, for some time it is called Rockwell and then Harrisburg. The Taku River, just south of Juneau was named after the cold t’aakh wind that occasionally blows down from the mountains.

Also Read:Top 10 Most Dangerous Cities In The World

The third largest city in the US is Wrangell situated in Alaska with an estimated length of 6,582 km2 or 2,541.5 sq mi is popularly known as City and Borough of Wrangell. According to the census of 2010, the population of the city was 2,369. The urban part of the city resides in the northwest corner of Wrangell Island, however, the borough now encompasses the entire eastern half of the former Wrangell-Petersburg Census Area.

Also Read: Top 15 Largest Cities In The World By Population Of Metropolitan Areas

Officially known as the Municipality of Anchorage is the fourth largest city in the world with an estimated land area of 4,415 km2 or 1,704.7 sq mi. The city is located on the West Coast of the United States. According to the 2018 census, the total population of the city was 291,538. It is the Alaska most populous city and contains about 40 per cent of the state’s total population. The city is equidistant from New York City, Frankfurt, and Tokyo because it lies within ​9 1⁄2 hours by air of nearly 90% of the industrialized world.

The fifth largest city in the US with an estimated area of 1,935 km2 is also the most populous city in Florida and in the southeastern United States. The city is centered on the the banks of the St. Johns River in the First Coast region of northeast Florida. The city lies 25 miles (40 km) south of the Georgia state line and 328 miles (528 km) north of Miami. The city beautiful beaches lie along the adjacent Atlantic coast. The population of the city was estimated to be 892,062 and the metropolitan area has a population of 1,523,615.

One of the largest city in us, Anaconda situated in the southwestern Montana of the United States. The place locally known as “Pintlers” is a Continental Divide passes within 8 miles south of the community. According to the 2010 census, the population of the city was 9,298 and peaks of population happened in 1930 and 1980 that is based on the mining industry. The central city is 5,335 ft above the sea level and surrounded by the communities of Opportunity and West Valley.

The seventh largest city in the US is the county seat of Silver Bow County, Montana, United States. According to the 2010 census, the population of the city was 33,503 making Montana’s fifth largest city and it is served by Bert Mooney Airport with airport code BTM. The city sees rapid development in the late nineteenth century and later become Montana’s first major industrial city. The city was established back in 1864 as a mining camp in the northern Rocky Mountains on the Continental Divide.

The largest city in Oklahoma and one of the largest cities in us with an estimated area of 1,571 km2 with a metro population of about 1.3 million people living in the city. The city was settled in the historic Land Run of April 22, 1889. The best part of the city is that it has an average of more than 300 days of sunshine per year. You all should know that the first shopping cart was invented and used in Oklahoma City at Standard Food Markets in 1937.

One of the largest cities in us with an estimated area of 1,553 km2 and the fourth most populous city in us with approximately 2.3 million residents living in the city. The city was founded on August 30, 1836, by brothers Augustus Chapman Allen and John Kirby Allen on land near the banks of Buffalo Bayou. Greater Houston is considered to be the most ethnically diverse metropolitan area in the United States with 145 languages are spoken by city residents.

Phoenix is the capital and the most populous city in Arizona with 1,626,000 people, according to the census of 2017. One of the largest cities in us by land area of 1,338 km2 and also the only state capital with a population of more than one million residents. The name of the city comes from the Native American word “Arizonac” that means “little spring.” The unique part is that 211 days of sunshine per year and an additional 85 days per year of partly cloudy leaving an average of 69 days of cloudy or rainy days.

These are the top 10 largest cities in us. Do post your comments.