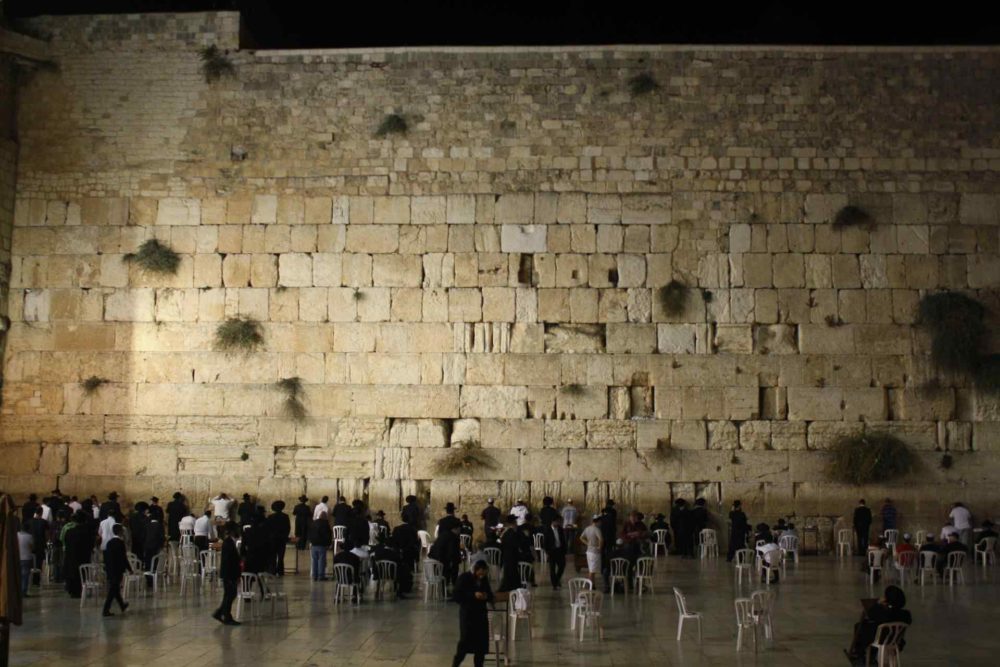 Walls have been built by humans for millennia, to serve many purposes. The main reasons Wall were built in ancient times was to protect from animals, attacking armies or to mark borders and protect from the onslaught of natural elements. Over time, walls have been used for more diverse purposes like memorials, pieces of art or as reminders of an event in history. Here is a list of the ten most famous walls in the world.

Famous Walls In The World

Built after World War II to separate Soviet-controlled East Germany from West Germany, the Berlin wall stood at the centre of Berlin to prevent people from crossing over to the other side. The Berlin wall is one of the most famous walls in the world because of its tragic history. It was rebuilt three times, each time to make it more difficult to cross over. Many people from East Germany died trying to cross this wall. In 1989, the wall was ceremoniously broken down, marking the reunification of Germany and the collapse of the Soviet Union.

Additionally known as the Iron Curtain and it was built to stop East Germans from defecting to the West, however, West Germans were able to visit East Germany by way of the permit. Approximately 136 people died crossing this wall during its existence and around 5,000 people have crossed the wall successfully. The west side of the wall is covered in graffiti where east side was not covered in graffiti. All Berlin Wall border controls ended on July 1st, 1990 and Germany becomes one country gain on October 3rd, 1990.

Also Read: Top 10 Amazing Man Made Barriers in the World 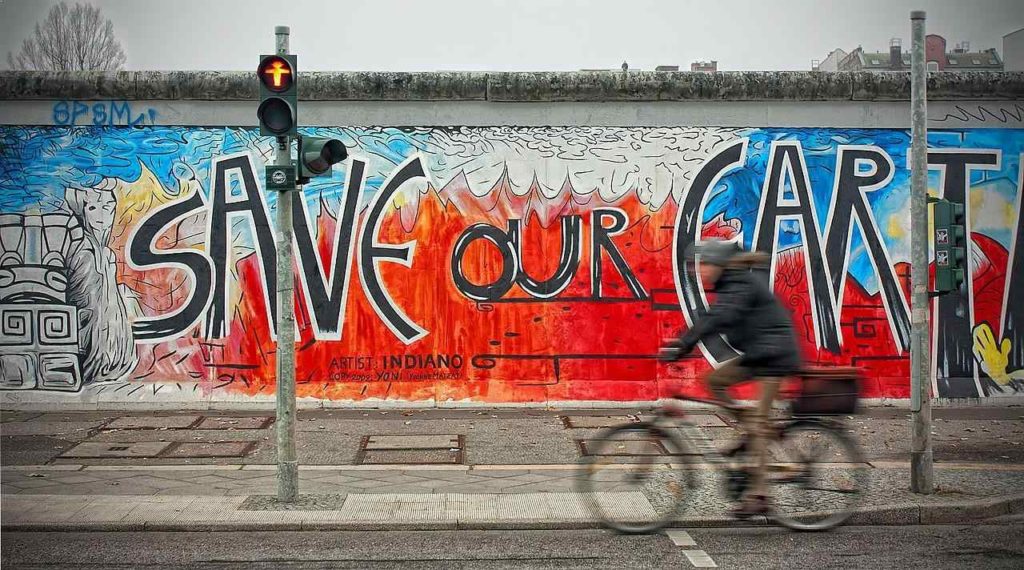 2.The Great Wall of China

This large wall built during the 7th century BC and later expanded by succeeding emperors to increase its length as well as height. The wall was built to protect the borders of the Chinese empire against attacks from nomadic tribes of the North and West. It is one of the largest structures built by humans and is also one of the most famous walls in the world. It is also one of the spectacular wonders of the world.

The Qin dynasty has started building the wall in 221-207BC and they are using rice flour was used in making the binding material to bind the bricks, however, some of the sections of the great wall of China associate that the wall was built by the Ming Dynasty and this was the last part of the wall that was built and has been created with brick and many tall watch-towers. The longest cemetery on Earth led to the death of a million people during its construction and there are human remains buried under parts of the wall. 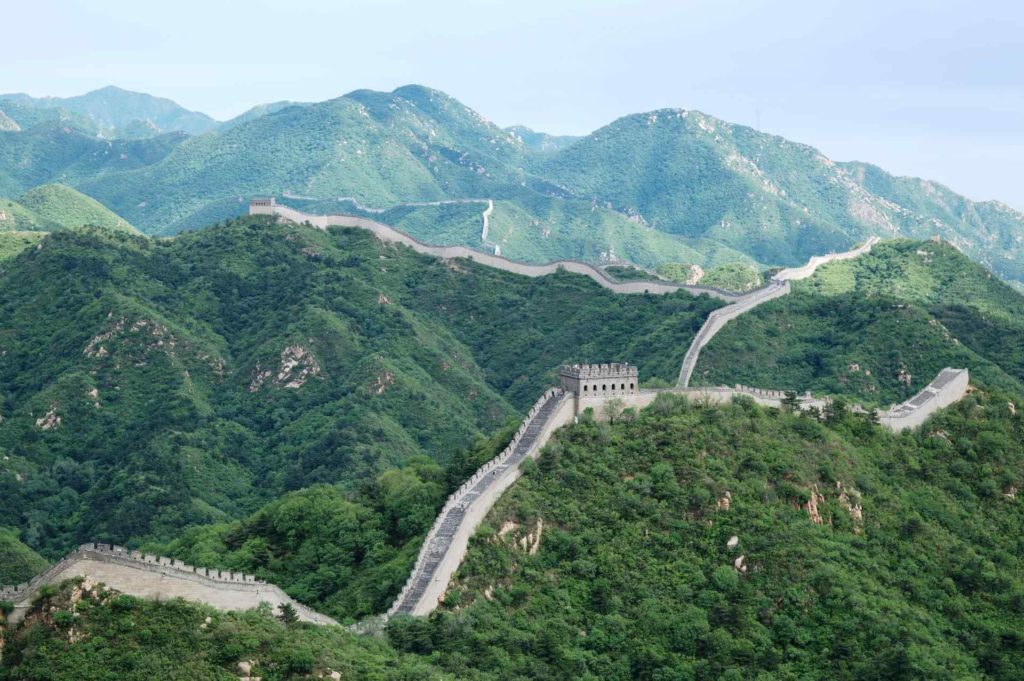 The Western Wall, located in the Old City of Jerusalem is one of the holiest spots for Jewish people in the world. Part of the wall was built around 19 BC at the end of the Second Temple period, and the remaining layers added from the 7th century onward. This wall is believed to have been a part of the original Holy Temple and is the closest one can get to the Foundation Stone of the Holy Temple.

One of the most sacred sites in Judaism is a remain of the ancient wall that is surrounded by the Jewish Temple’s courtyard. The place is a site for Jewish prayer and pilgrimage for centuries, the earliest source mentioning Jewish attachment to the site dating from the 4th century. Since the 19th century onwards, there are various attempts that have been made to purchase the rights of the immediate area by the various jews, however, it was not successful.

Also Read: 10 Historic & Famous Prisons From Around the World 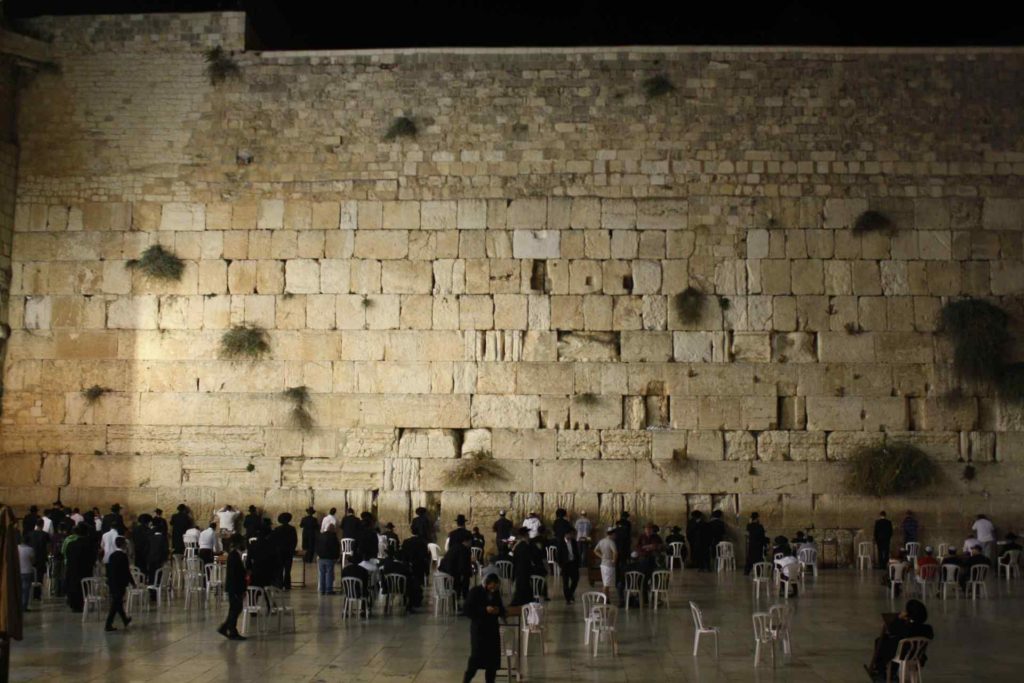 Troy was for a long believed to be a mythical city that existed only in Homer’s compositions – Iliad and Odyssey but actual remains of this city were discovered on the coast of Turkey in the 1860s. The Walls of Troy were built to protect the city in case of attacks and were able to withstand a ten-year siege during the Trojan War. This wall is one of the most famous walls in the world known for its impenetrability. Even today, some sections of the wall are intact and are huge tourist attractions. 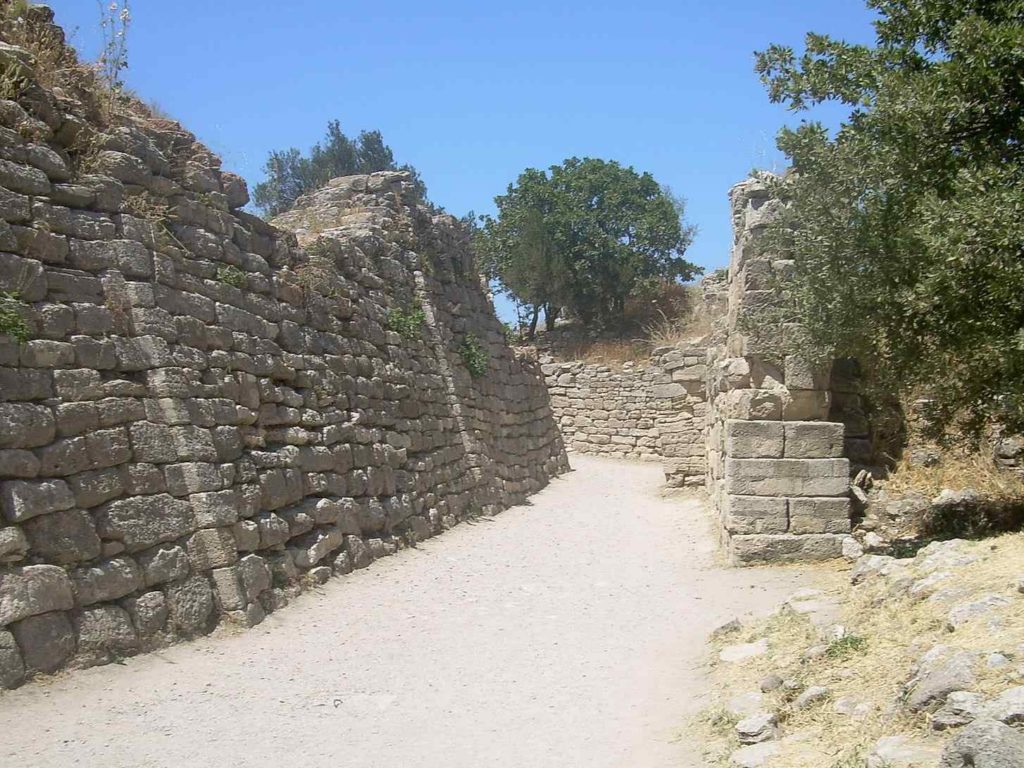 The Hadrian’s Wall was built in 2nd century AD between the erstwhile Roman colony of Britannia (present day Britain) and the tribal areas to the North (present-day Scotland) to prevent the tribals from entering into Roman territory. The wall stretches from the Irish Sea to the North Sea for 73 miles. It is the longest and most famous wall in Europe. Today, a path runs along the length of the wall from Wallsend to Bowness-on-Solway and enables tourists to access the visible portions of the wall.

The wall is named after Emperor Hadrian who ordered its construction and it took around 15,000 men about six years to build one of the most famous walls in the world. The work has been commenced on the wal in 122 AD and there are three legions consisting of 5,000 infantrymen were employed to take care of the construction. The wall represented the northern frontier of the empire.

This is the second longest wall in Europe and connects the two towns of Ston and Mali Ston in Croatia. The wall is built across a peninsula, at its narrowest point and is 3.5 miles long. The main purpose of the wall was to protect the slat pans that were vital to the economy of the cities since salt was a very important trade commodity in the 15th century when the wall was built. 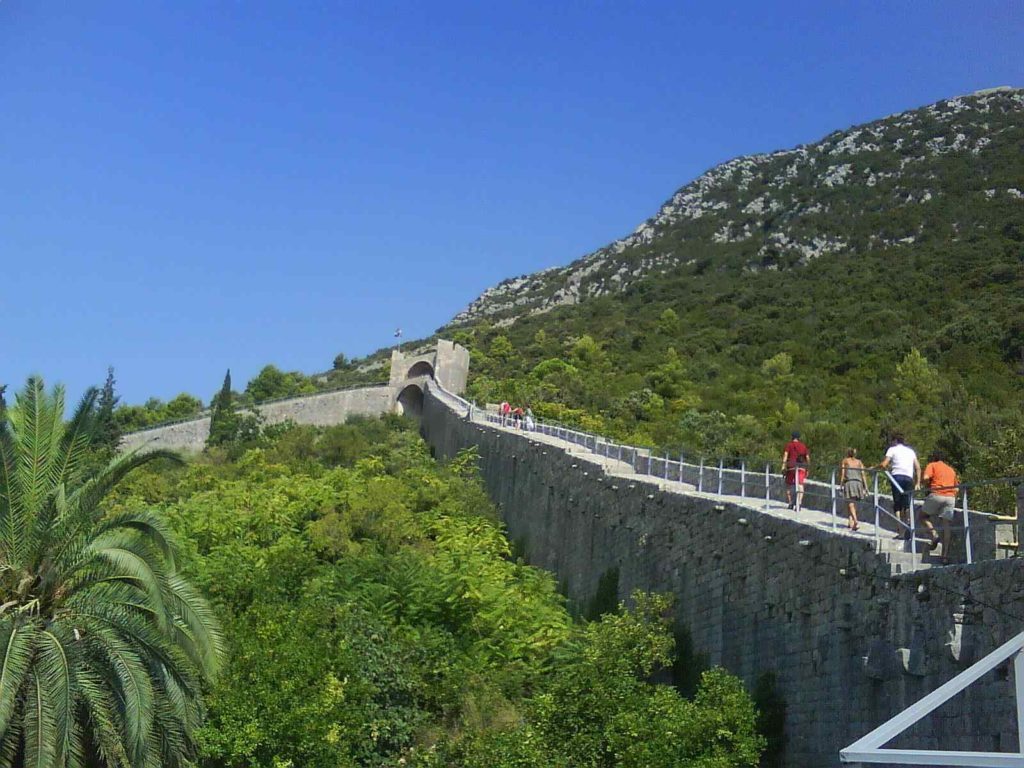 The Babylon was one of the city-states in the kingdom of Mesopotamia and was known for its beautiful architecture and design of the city. The walls of Babylon are one of the most famous walls in the world and are one of the few remaining structures from the Babylonian city. The walls were built around 570 BC and along with the Ishtar gate were one of the seven original wonders of the world. The wall is today located in the country of Iraq, 85 kilometres from Baghdad and was restored by Saddam Hussein. 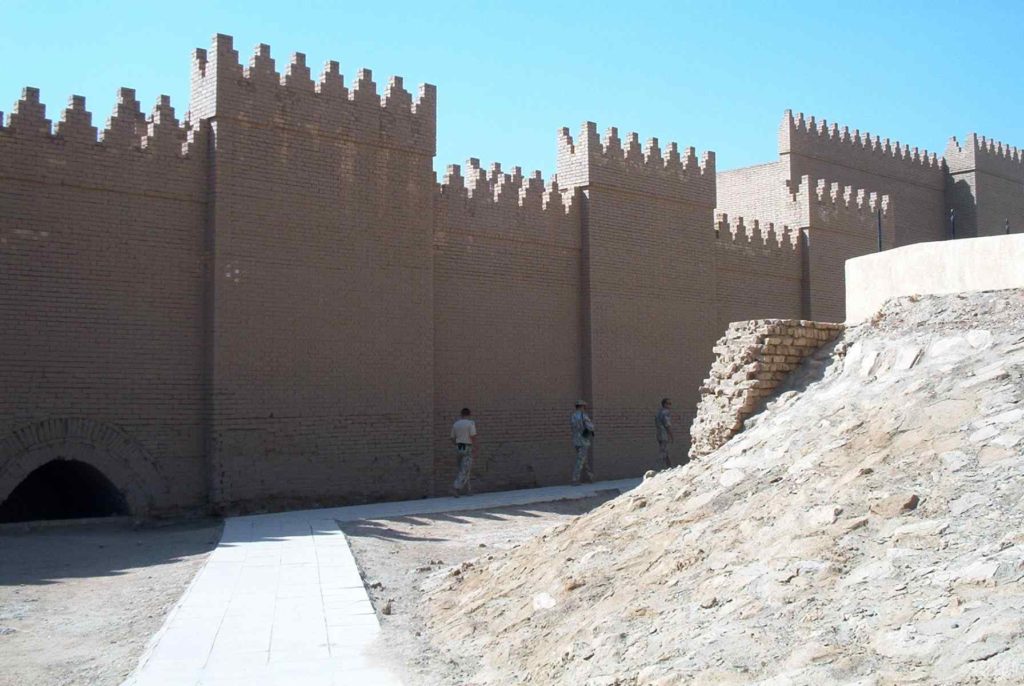 One of the most famous walls in the world has been declared as a UNESCO world heritage site since 1986. It is believed that there are approximately 20,000 people lived inside its walls at its height and for many years ruins have been described by Europeans in form of ‘mystery’ and an ancient ‘riddle,’. It lies in the centre of the Kingdom of Mutapa, however, reasons for its decline are not certain but some historians predict that it can be due to the environmental factors. 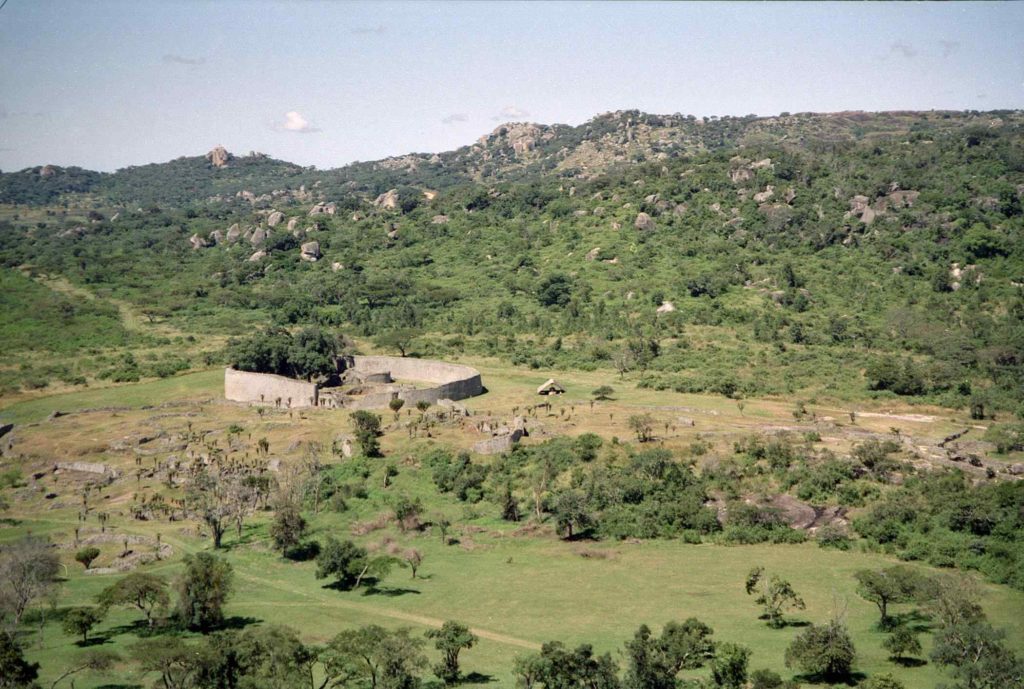 The city of Sacsayhuaman was the capital of the Inca Empire and is located near the modern day city of Cusco in Peru. The wall surrounding this ancient city is a UNESCO World Heritage site and is laid out in a zig-zag shape. With Cusco laid out in the shape of a puma, and the hills of Sacsayhuaman symbolizing the head, the zigzagging walls represent the teeth. The walls are especially remarkable since they are built out of polished stones that are so tightly stacked together that even a paper will not pass through. People from all around the world come to Peru to see this wall making it one of the most famous walls in the world.

One of the most famous walls has been situated at an altitude of 3701 meters from the sea surface and located on a steep hill that is about 7 km far from the centre of Cusco city, Peru. It is believed that the archaeologist complex or fortress has been constructed by the Killke people in the era between 900-1200 AD. Also, it was constructed before the domination of the Inca Empire and later made the capital of the Inca Empire. The walls are approximately 1000 feet in length and about 15 feet high and made from more than 200 tons blocks of limestone and rocks. 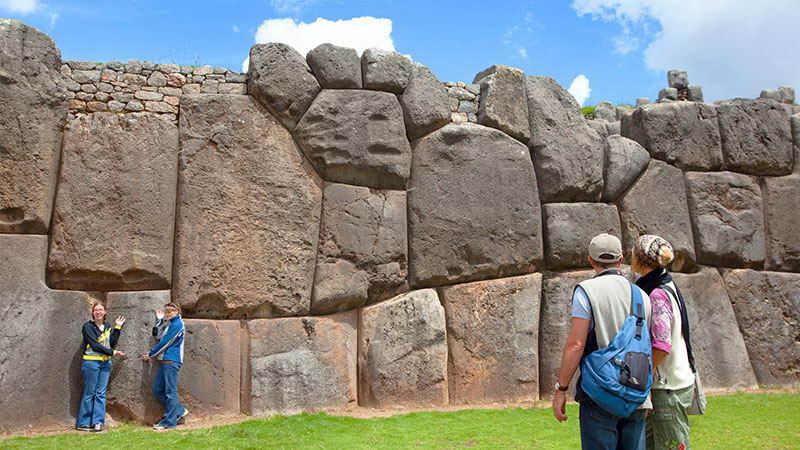 These large walls are built around the city of Diyarbakir in South Eastern Turkey that is even today one of the largest cities in Turkey. The wall has an inner and outer layer. The outer layer is built using volcanic basalt rock taken from the Karacagad Volcano that is now extinct. The inner layer is made of bricks and there are many structures like storage rooms, watchtowers and gates built into the wall. This wall too was built by the Romans and is more or less intact today, serving as a major tourist attraction and making it one of the most famous walls in the world.

A wall may seem like a drab contraption, but great effort and skill has been put into making walls durable, daunting and artistic at the same time. Many of the walls that stand today are in fact so sturdy that even after centuries of neglect, they have not fallen. This is a testament to the ingenious skill of builders of the time. These are the famous walls in the world. Do post your comments.

Related Items:Architectural Wonders, Facts About The Mayans, Famous Monuments Of Ancient Egypt, Famous Walls In The World, Lost Cities, Wonders of the World