Spiny animals are a rarity in the animal kingdom since spines cause many problems to the animal itself. Growing spines is a very energy intensive process since they are extra appendages not normally present in other animals. For animals with long spines like porcupines, it causes impaired movement. However, despite these disadvantages, spines are one of the most effective ways to deter predators and prevent being attacked. Here is a list of the 10 most amazing spiny animals in the world.

Spiny Animals In The World

The hedgehog is one of the cutest animals in the world and the few mammals with spines. It is found in Africa, Asia, and Europe and there are many species of the hedgehog, with most of them sharing some common features. Most hedgehogs are nocturnal and feed on insects, small amphibians and sometimes fruits. They use their spines as a defensive mechanism to ward off predators. It is also listed as one of the hibernating animals in the world.

Though this spiny animal looks like a hedgehog, it is not related to it. The porcupine is a rodent that is much larger and is found commonly in Asia, Africa, and Europe. It is nocturnal and herbivorous, feeding on leaves, fruits, barks of trees and grass. In the rodent family, it has the longest lifespan of about 27 years and this is mainly because no predators can easily attack this spiny creature. There are 29 different species of porcupine in the world but all of them have a coat of spines. Also, read about beautiful pink animals.

The Echidna is, like the platypus, a unique mammal that lays eggs. It is found in most parts of the world and is a small animal with a long snout. The snout functions as a mouth and a nose and is used by the animal to burrow into ant and termite hills. These small insects constitute the main diet of the echidna. Though this spiny animal looks very cute, it has been named after the mother of monsters (Echidna) in Greek mythology. There are currently only 4 species of this mammal in the world.

The name spiny dragon evokes fear and intrigue and indeed, this small 2-centimetre lizard is very intriguing. It has conical spines on its body instead of scales and this is used as a defence against attackers. This spiny animal is found only in Australia and greenish brown in colour to camouflage with its surroundings. It also has a fake head made of spines on its back to misdirect and confuse attackers. This tiny lizard is known to have a long lifespan of 20 years in the wild. 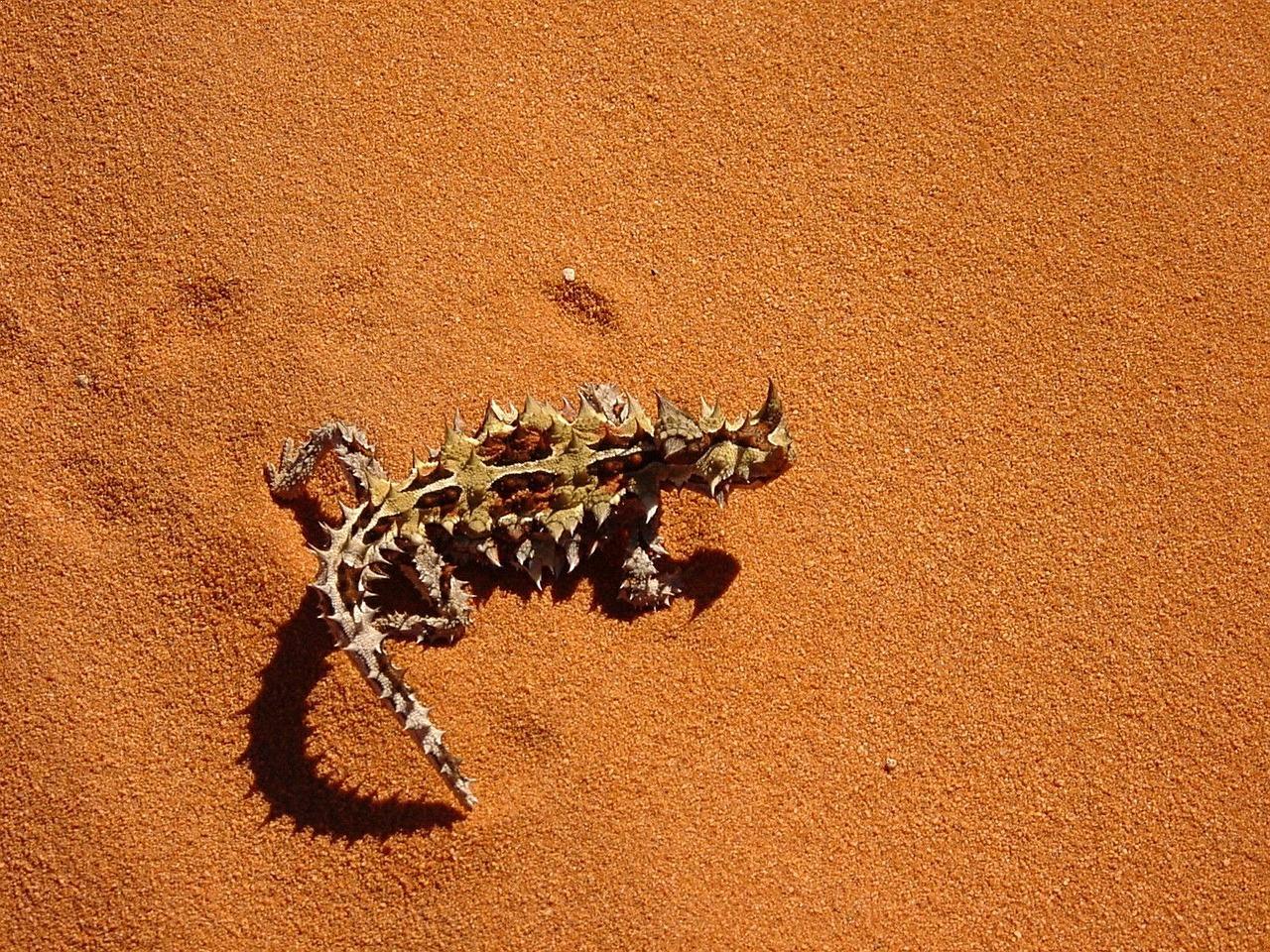 One of the many spiny animals found under the sea, the spiny urchin may look like a plant but is actually an animal belonging to the family of starfishes (Echinodermata). There are about 950 species of sea urchins currently known to humans and all of them are characterized by their spiny exterior. These species live at different depths in the ocean and are found all over the world. The spines are stiff and made of bone-like calcified material. Though these animals are not poisonous, if humans accidentally step on them, it causes great pain.

As the name suggests, this fish has a defensive mechanism just like a porcupine and is also known as a blowfish or balloon-fish. Normally, the body of this fish looks like any other fish, but when it senses danger, it inflates its body with air making itself larger and the tiny spines on its body protrude outwards to deter any attacker. This animal has very few natural predators. All parts of this fish’s body except the mouth, fins, and tail are covered with bony spines and the brownish colour makes it a master of camouflage.

This spiny animal is far less common than the others on the list and is found only in some parts of North America. The caterpillar of this species of moth is very distinctive and has numerous spines on its body. Since the caterpillar is very slow in its movements and is not very well camouflaged, the spines are the only defence it has against predators. Since the caterpillar feeds almost exclusively on Oak leaves, it has been named the Oakworm. This species has spines only in the caterpillar stage and the adult moth does not have any spines. It has a wingspan of about 2 inches and is brownish to ochre in colour.

The starfish or sea star belongs to the family of echinoderms. The name echinoderm itself means spiny skin, so it is no surprise that most animals belonging to this family have spiny exteriors. The Crown of thorns starfish, however, is one of the most vibrant looking of these spiny animals. It has a bright purple body with blue striations on the appendages and large thorns cover the whole upper side of its body. This is also one of the largest starfish in the world and has a size of over 30 centimetres.

This strange spiny animal is found in the deserts of Southern Africa and shows very unique behavioural traits. Its body is covered with spines but they do not normally stick out. If the animal feels threatened, it puts its tail in its mouth and rolls up into a ball, like an armadillo (hence the name Armadillo lizard) making it impossible for attackers to bite it. On the other hand, the bite force of this lizard is extraordinary and sometimes it breaks its own jaw biting prey.

The spiny orb weaver is the only arachnid to make it to the list of most amazing spiny animals. Spiny spiders are not as rare as you may think and are found all over the world. They are however very small and the largest known spiny spider is only 3 centimetres in diameter, making them very difficult to spot. They look very scary but are non-poisonous since neither their bite nor their spines contain any chemicals harmful to humans. There are over 70 species of spiny spiders and the spiny orb weaver is just one of them.

Have you encountered any of these spiny animals? These animals may look dangerous because of a large number of spines on their body but are mostly completely harmless unless provoked. Most animals reveal or push out their spines only when threatened while some others like the porcupine have the ability to launch its quills towards the attacker like projectiles.

Hamster Escapes The Awesome Minecraft Maze With Underwater Obstacle Course
To Top
We use cookies to ensure that we give you the best experience on our website. If you continue to use this site we will assume that you are happy with it.Ok