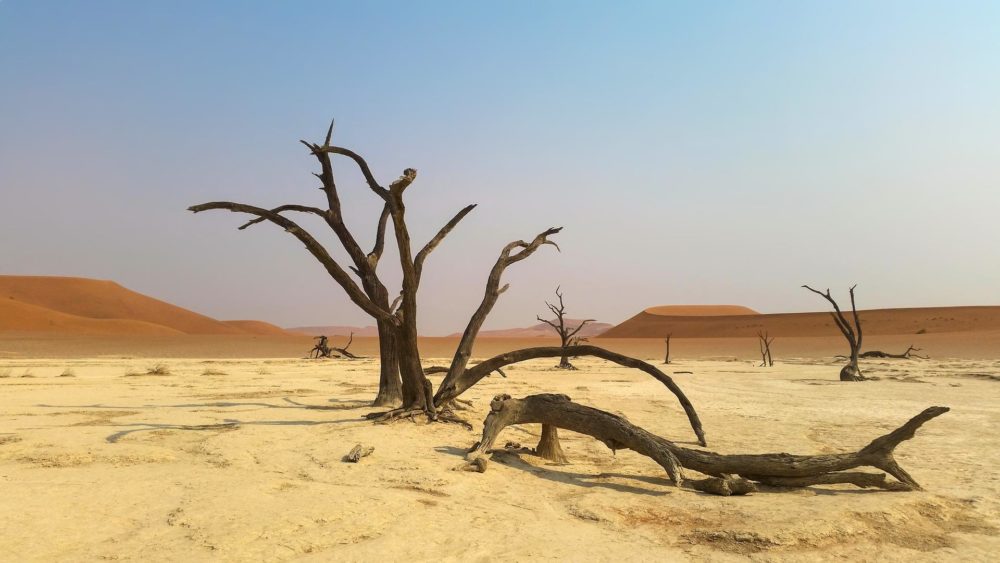 Earth is the third planet in the Solar system and the only planet to nourish life. No doubt it stands out in multiple fields of classification. It’s unique geographical variation, availability of water; greenery, natural resources, and etcetera make it suitable for human survival. While a major part (71%) of our planet is covered with water; desert occupies one-third part of it. Desert is seen as a large barren patch of land with no vegetation, minimal precipitation and diverse wildlife. But there is always more of it. How can we miss the Oasis and sand dunes, the large and small cacti and palm trees, the awe-inspiring sunrise and sunset? One has to walk through those waves to experience the beauty that lies in its diversity. We have listed below 10 amazing desert landscapes that redefine the splendid aura landscapes have.

The vast stretch of 81,000 square kilometres is believed to be the oldest desert with its origin dating back to almost 55-80 million years. The Namib Desert on the Atlantic coast is decorated with deep orange sand dunes, little vegetation and the marvellous Dead Vlei among all other things. The desert receives less than 10mm of annual precipitation. The red dunes are home to various species of wildlife like Oryxes, Lions, Desert Elephants, Reptiles, Beetles etcetera. The Namib Desert does not end with its beautiful landscape. The sand dunes of Namid are the second largest in the world. Welwitschia plant is endemic to the desert. Apart from that, the Skeleton Coast is one famous tourist spot. Though only 800 tourists can visit it annually, it is worth visiting. It is the only place on Earth where you can hear the roaring of sand dunes and move at a large speed. It might not be too pleasing to see the skeletons of animals and wrecked ships but you can also see the sea seals and wildlife. It is one of the best desert landscape in the world. Also, read about most strange desert plants. 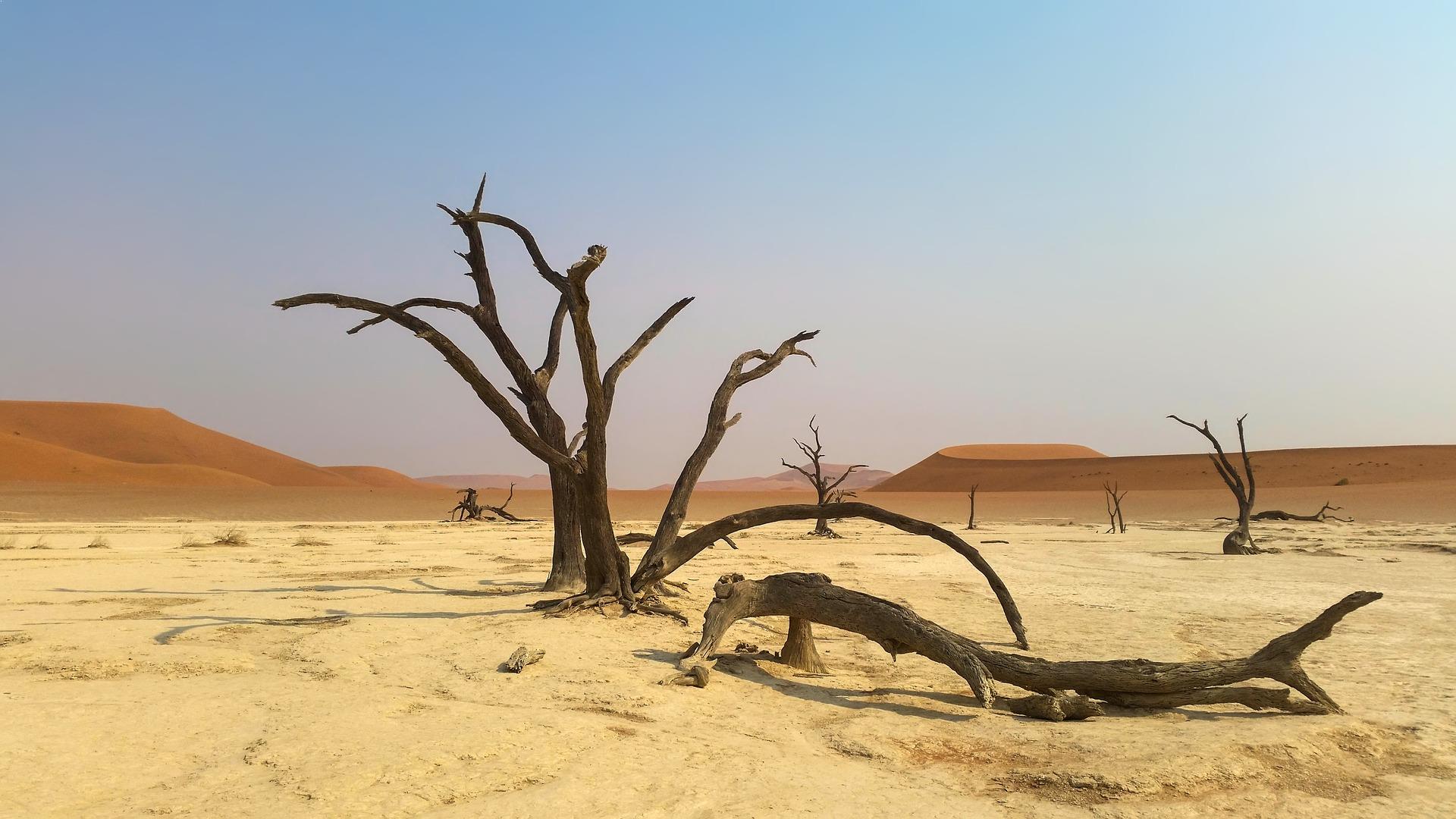 One of the most famous desert landscapes in the world is the hottest desert on Earth, Sahara is immensely vast and covers 9 million square kilometres. The low-latitude region has huge sand dunes, oasis, rocks and palm trees. The annual precipitation in Sahara ranges from very low to moderate. The biodiversity is also divided into regions based on the annual rainfall. The beauty and diversity of Sahara Desert can’t be described using mere phrases. Even if it has extreme climatic conditions, it is worth witnessing the majestic view of this hit dessert. Tourists can enjoy the camel ride and cross the sand dunes to capture the marvel of nature in their heart. 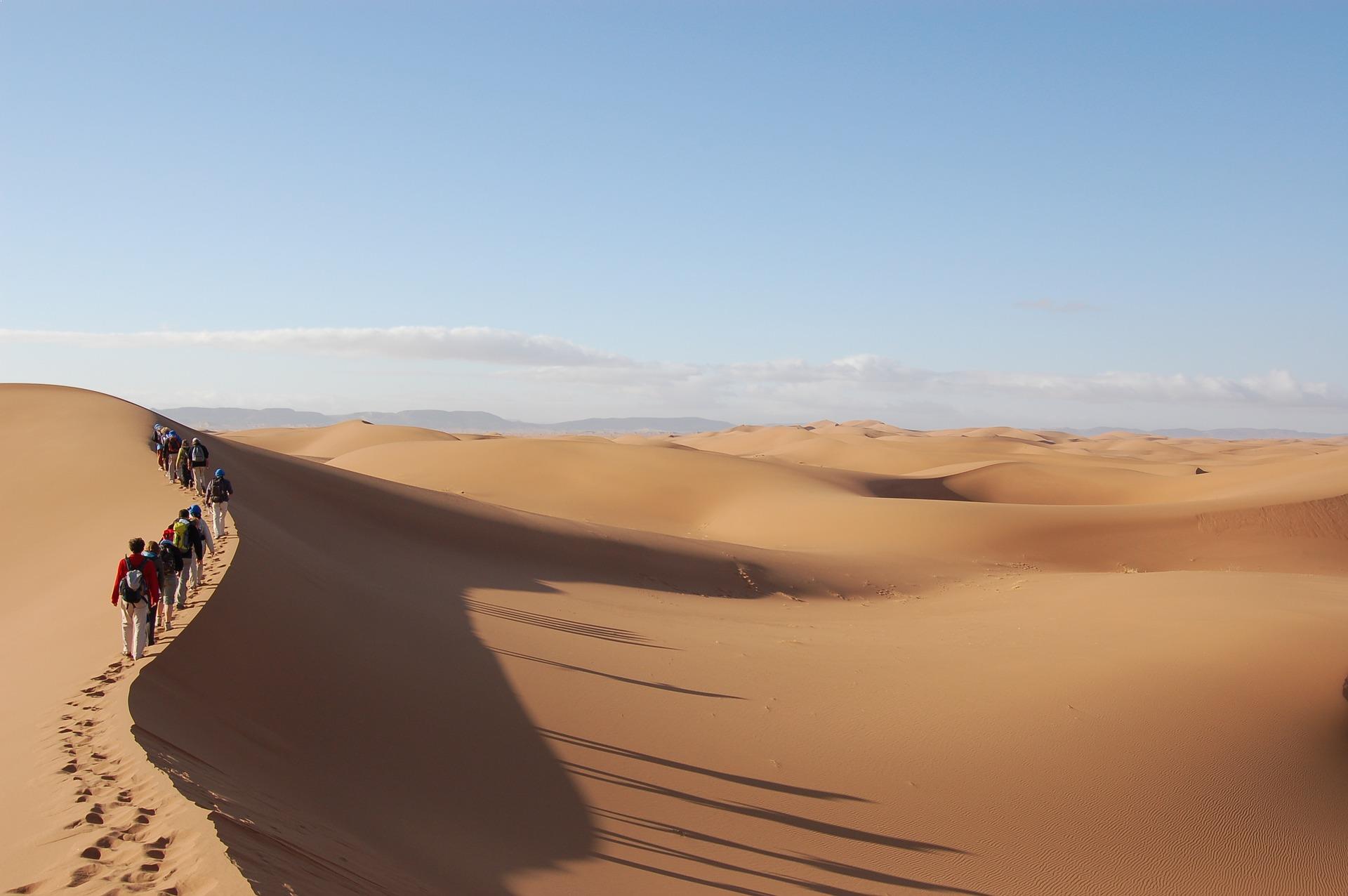 The natural wonder in Tularosa Basin was declared as a National Monument and gained Historic importance in 1993. This gypsum dune field covering an area of 275 square miles is located in New Mexico. The white sands have a unique geology. This the world’s largest gypsum dune field and its origin date back to some 280 million years ago. Even the sand is considered rare, as it is 98% pure gypsum sand. The desert has an oasis that supports the white species, amphibians, mammals, reptiles, and birds, etcetera. The ecosystem and environmental condition make life possible in this beautiful yet complex dessert. 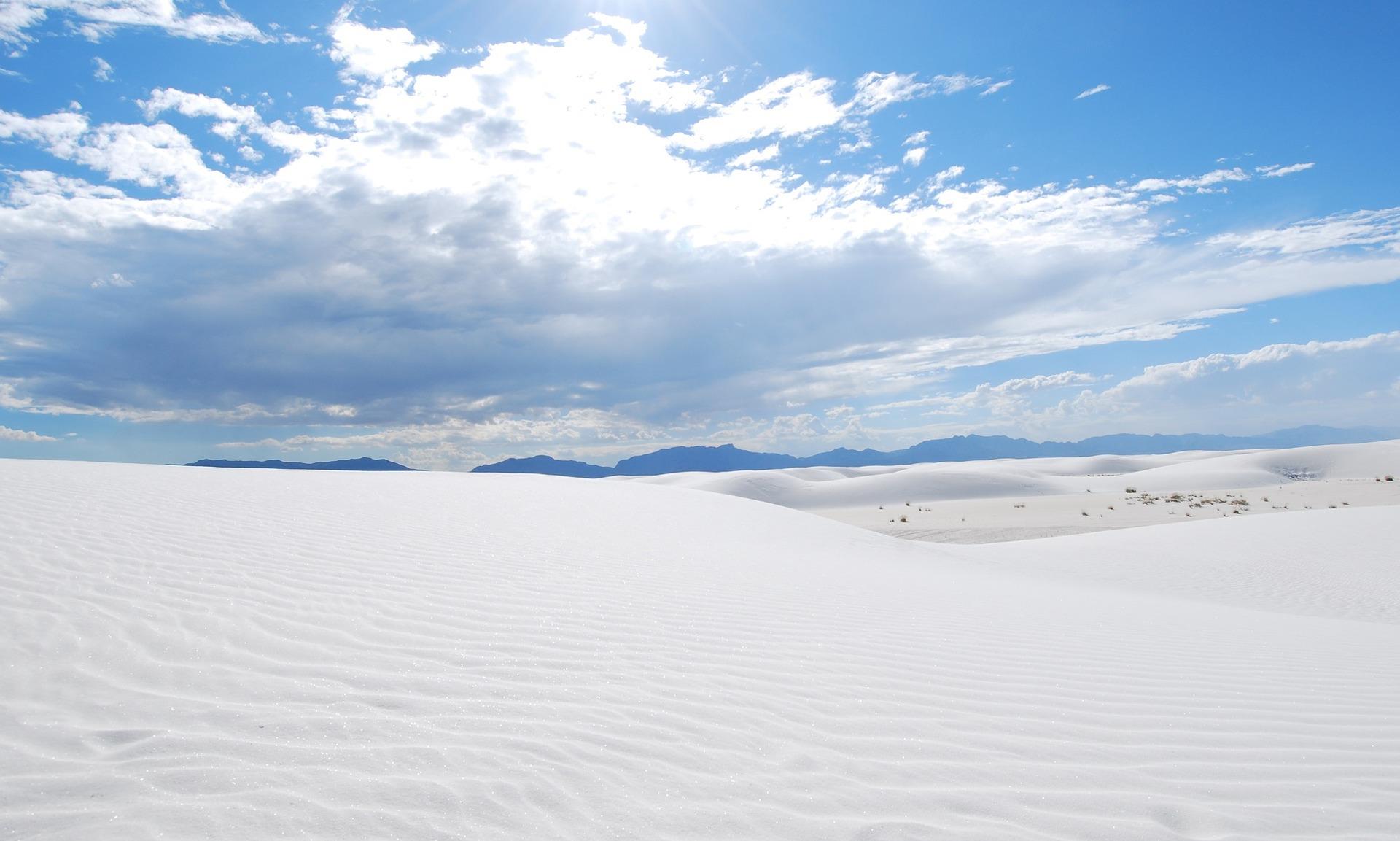 The 10,582 square kilometres long Salar De Uyuni is world’s largest salt flat. The white salt bed lies in the foot of Andes Mountains in south-western Bolivia. The surface has pools of brines, which are rich in lithium. And contains 70% of World’s lithium reserves. The vast stretch of flat land with clear sky above it gives a picture perfect view. The best time to visit Salar De Uyuni is July to October. 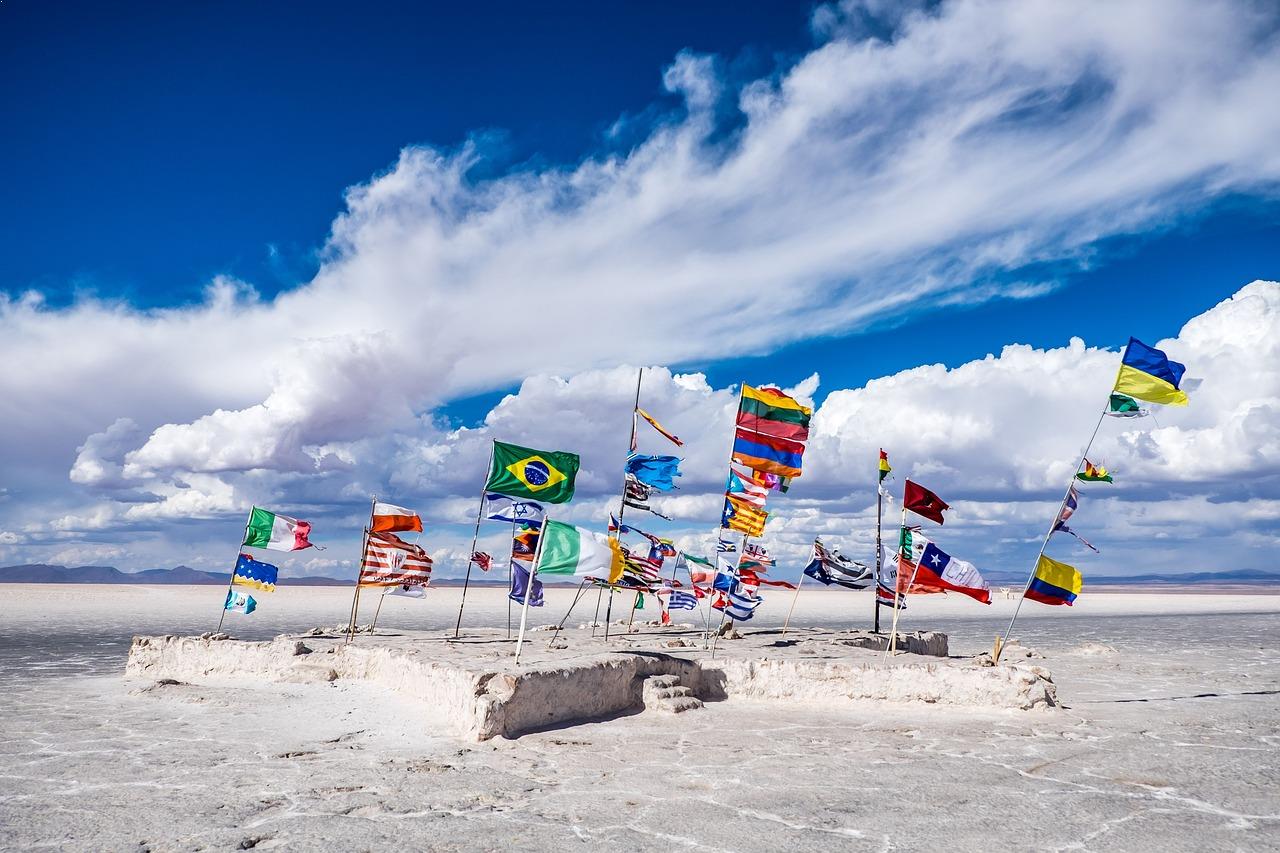 Valley De La Luna is located in the Atacama desert of Chile and also called the Valley of Moon. The beautiful landscape truly justifies the description. The formation of stones and rocks in various shapes and textures resemble the surface of Moon, thus its unique name. One of the interesting facts about the Atacama Desert landscapes is its dry surface. It is declared as the driest land on the surface of Earth. The dry lakes have sand accumulated in it that shines when the sun rays fall over it. 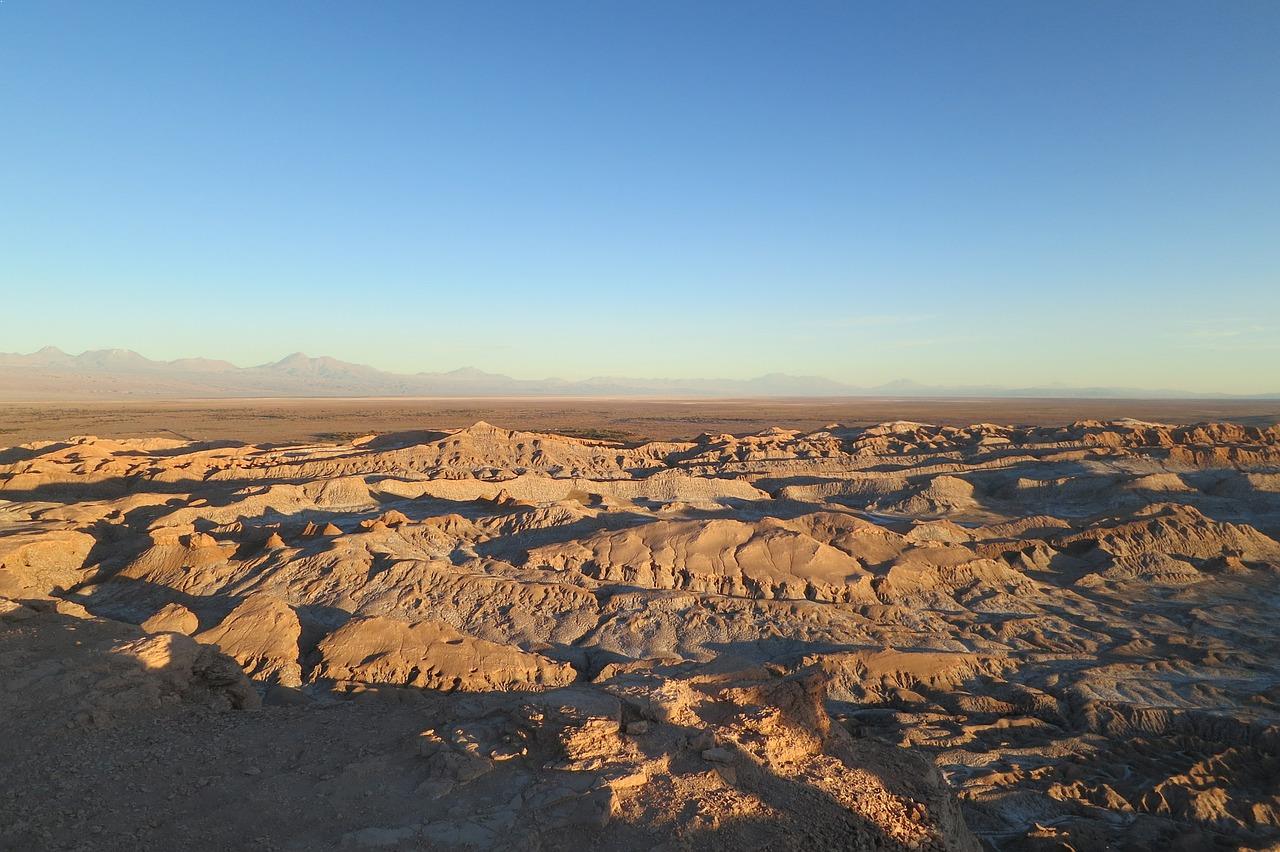 A vast land welcoming the visitors with scorching heat is rather an unfamiliar incident. But Gobi Desert is just like the description. So has been the name derived “Gobi” which means ‘waterless place’. Well, the temperature in this dessert is not very predictable. While the summers experience a temperature of 40 degrees Celsius, the temperature rapidly falls down to -40 degrees Celsius in Winter nights. But no matter how harsh is the situation; everything falls short in front of nature’s beauty. Gobi Desert has an amazing ecosystem. One can spot Snow Leopards, Zebras, Jerboa etcetera. 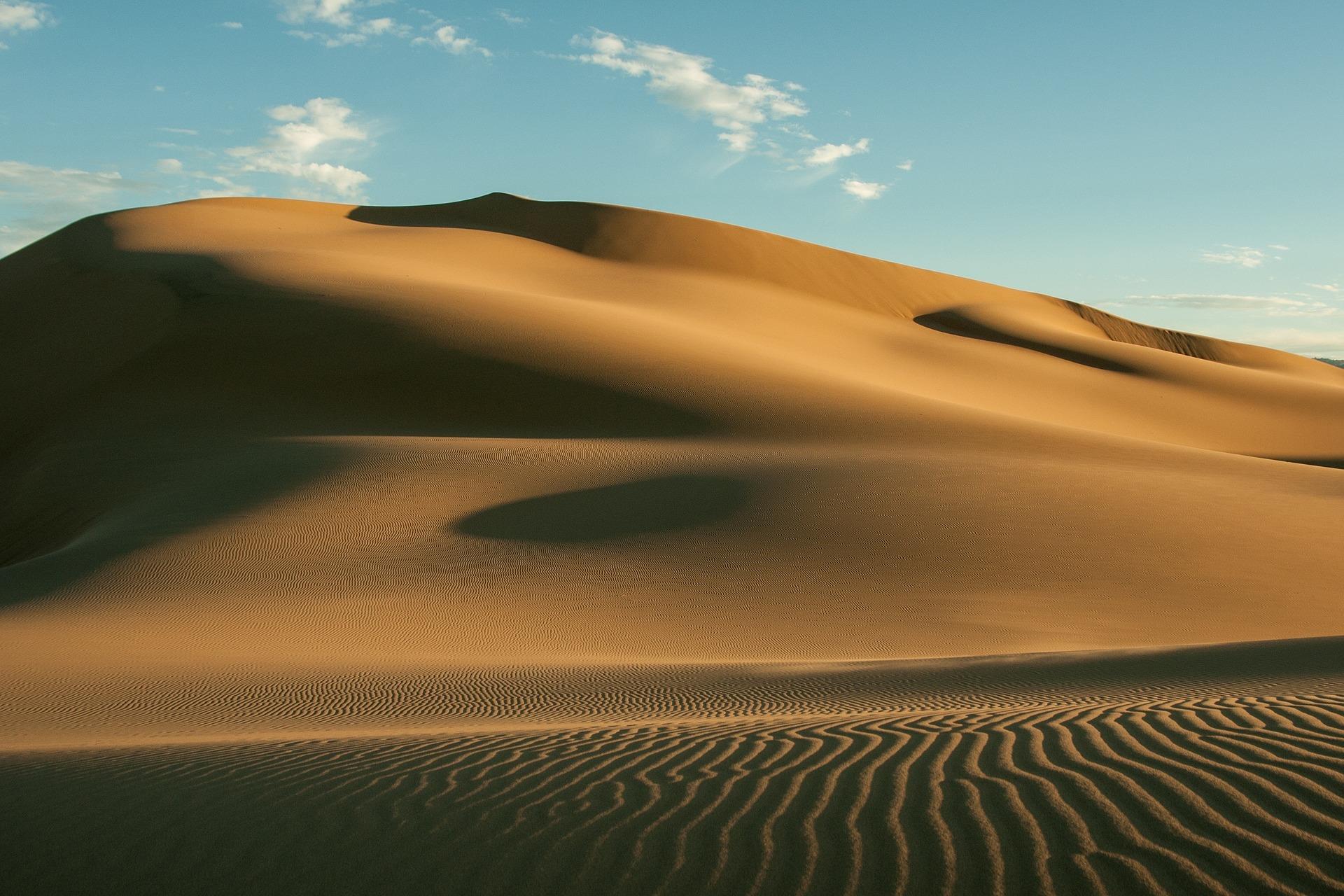 As Wikipedia quotes it as “The land of extremes”, Antarctica is the southernmost continent of Earth and the largest desert. 98% of its land is covered with snow, making life nearly impossible over there, except for the beautiful creatures. The untouched marvel of the White land is irrevocable. McMurdo Dry Valley is an exception. Covering an area of 4,800 square kilometres and guarded by towering tall mountains, the dry valley is ice-free. Few traces of permanent ice in the lake surface add more to the barren land. The valley was first discovered in 1993 has been a suitable spot for scientists and geologists ever since then. Also, the surface resembles that of Mars. 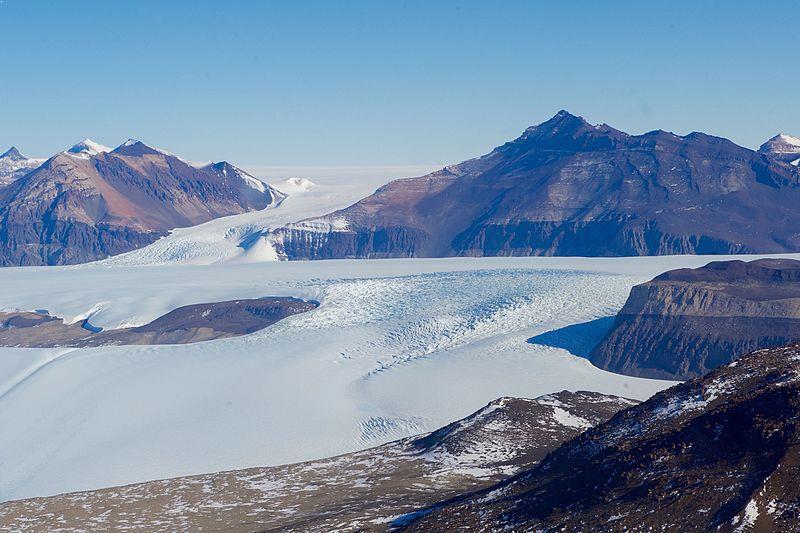 Nambung National Park in Australia is home to the famous Pinnacles Desert. The Pinnacles tall limestones that have been formed millions of years ago. Geologists believe it to be a result of the Seashells, as the ancient era was rich in marine life. Apart from countless limestone spires, friendly western grey kangaroos welcome the visitors. During the spring season, the park looks enchanting with the wildflowers. One of the beautiful desert landscapes, Pinnacles desert presents a picturesque view, especially during sunsets. 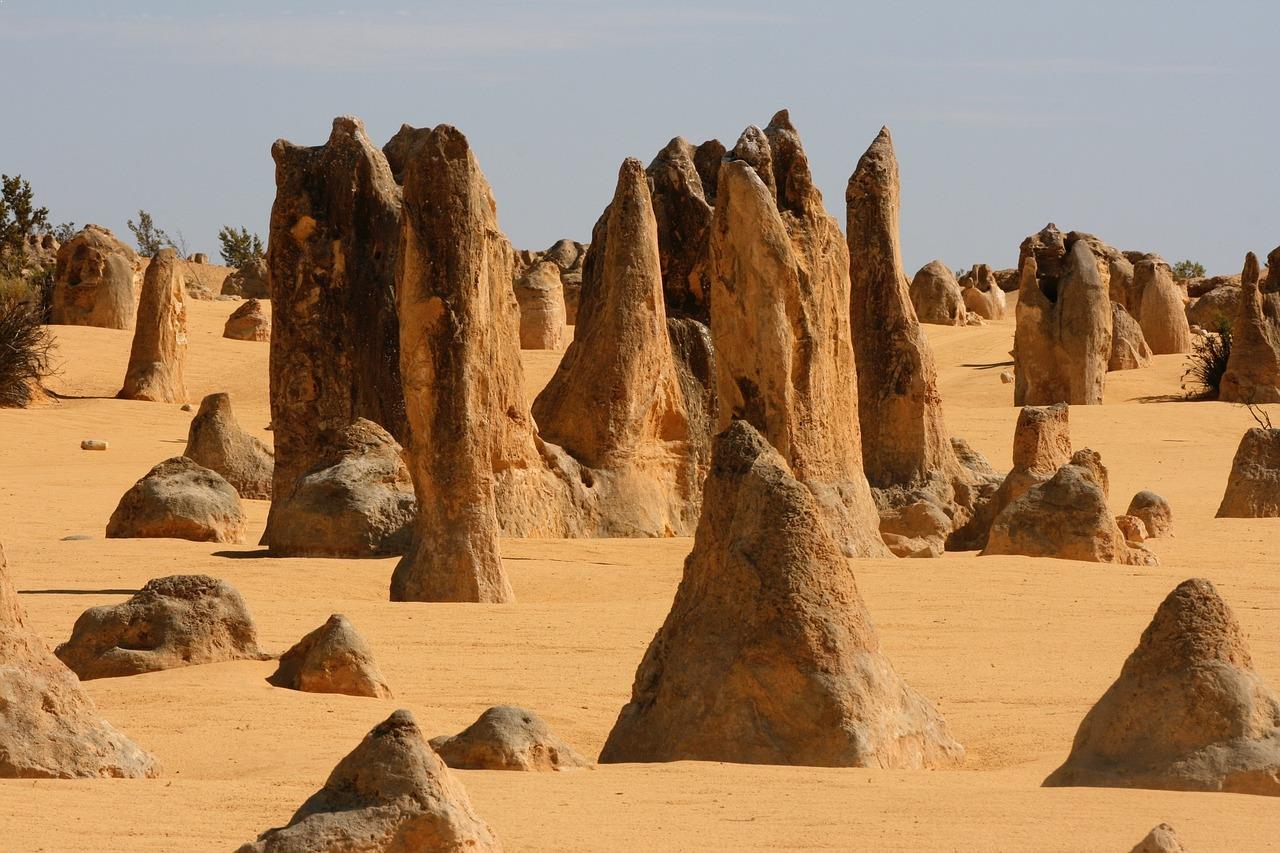 Black Rock desert in the western Nevada of United States is an arid region of lava beds and playa. The desert is spread across a land of 1000 square metres, with mountains defining the scenic view. And it has two black rock points. Known for its Paleogeologic features, it serves as a gypsum mining centre. Apart from all its geographic and historical features, Black Rock desert is famous for Mad Festival. The vast desert turns into a town inviting thousands of people to celebrate art and culture. 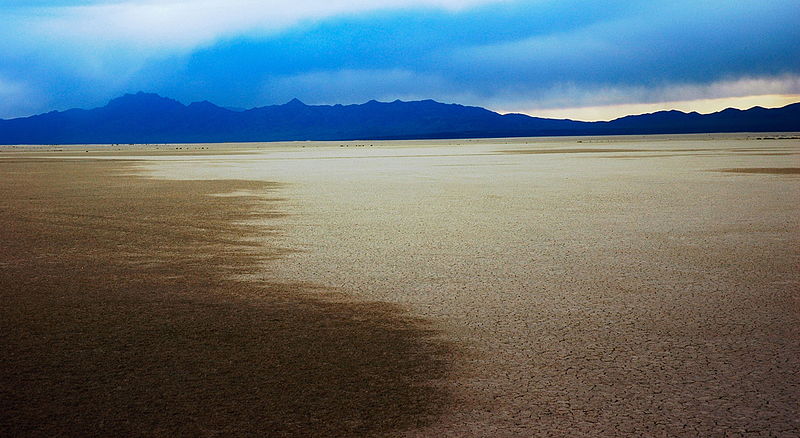 Valley of Moon’ as the Wadi Rum is also addressed has been recently listed in the UNESCO world heritage list. The Wadi rum desert’s red-pink sands attract the eye of the onlookers. There are various large and small rock formations, the tallest among them being Jabal Umm ad Dami. The site has prehistoric relevance. The inhabitants at various times have left their mark. Wadi Rum desert has luxury night camps in Desert bubbles for tourists. The best part is its connection with movies. Many blockbuster movies have been filmed here and you can still find the sets. It is one of the most famous landscapes in the world. 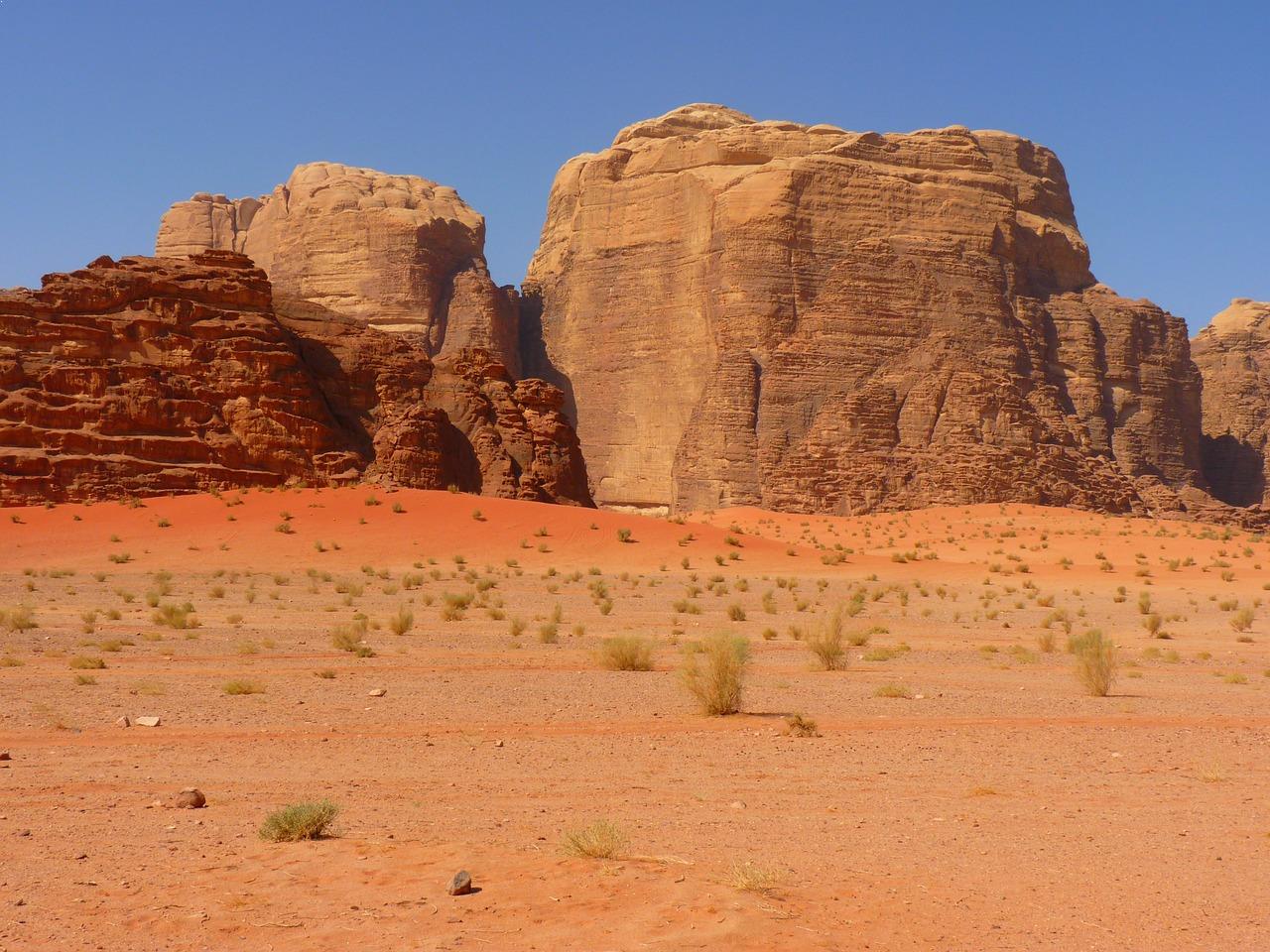 These are the amazing desert landscapes in the world.