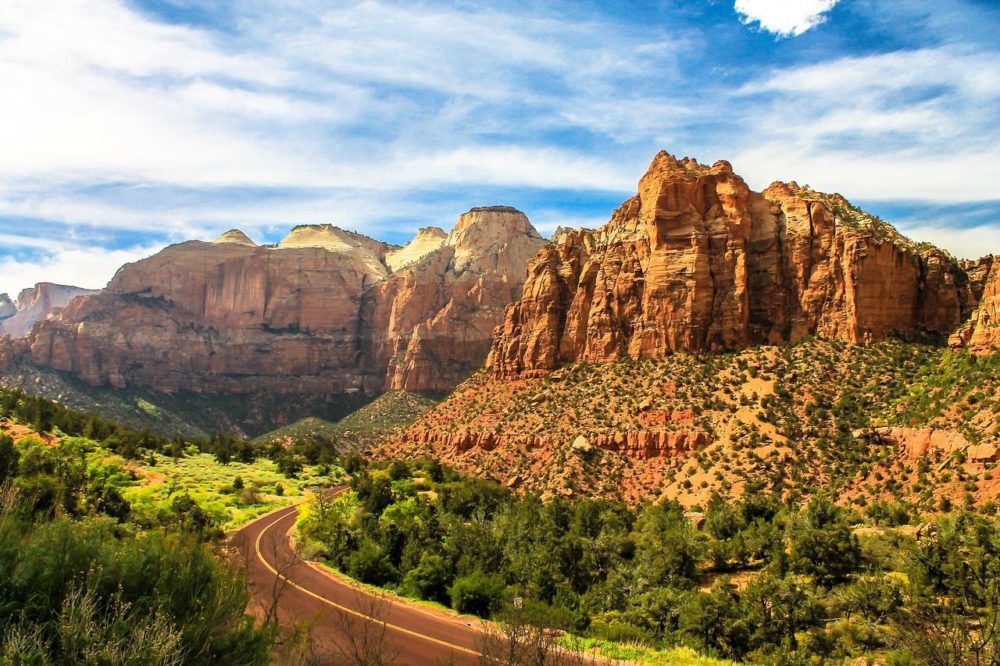 National Parks in the USA

One of the tourist attractions in California, Yellowstone National Park is a land of 2.2 million acres spread across the U.S. States of Wyoming, Montana, and Idaho. This 145-year-old National Park is covered with pristine lakes and dramatic peaks. Of which, Yellowstone Lake is one of the largest highly-elevated lakes in the North of America, flowing right above the Yellowstone Caldera, the largest supervolcano of the continent. Over the last 2 million years, there have been massive eruptions and it still continues to be active.

The ongoing volcanism fuels half of the world’s geothermal features located amidst this National Park. It is one of the largest fauna, thus, being one of the most popular in the Continental United States. Considered to be the world’s largest intact ecosystem in the northern temperate zone, Old Faithful Geyser is one of the most famous in the world. The sheer number of trails and wildlife-watching opportunities may seem daunting at first but one can always come back. It is the most beautiful national parks in the USA. Also, read about largest states in the USA. 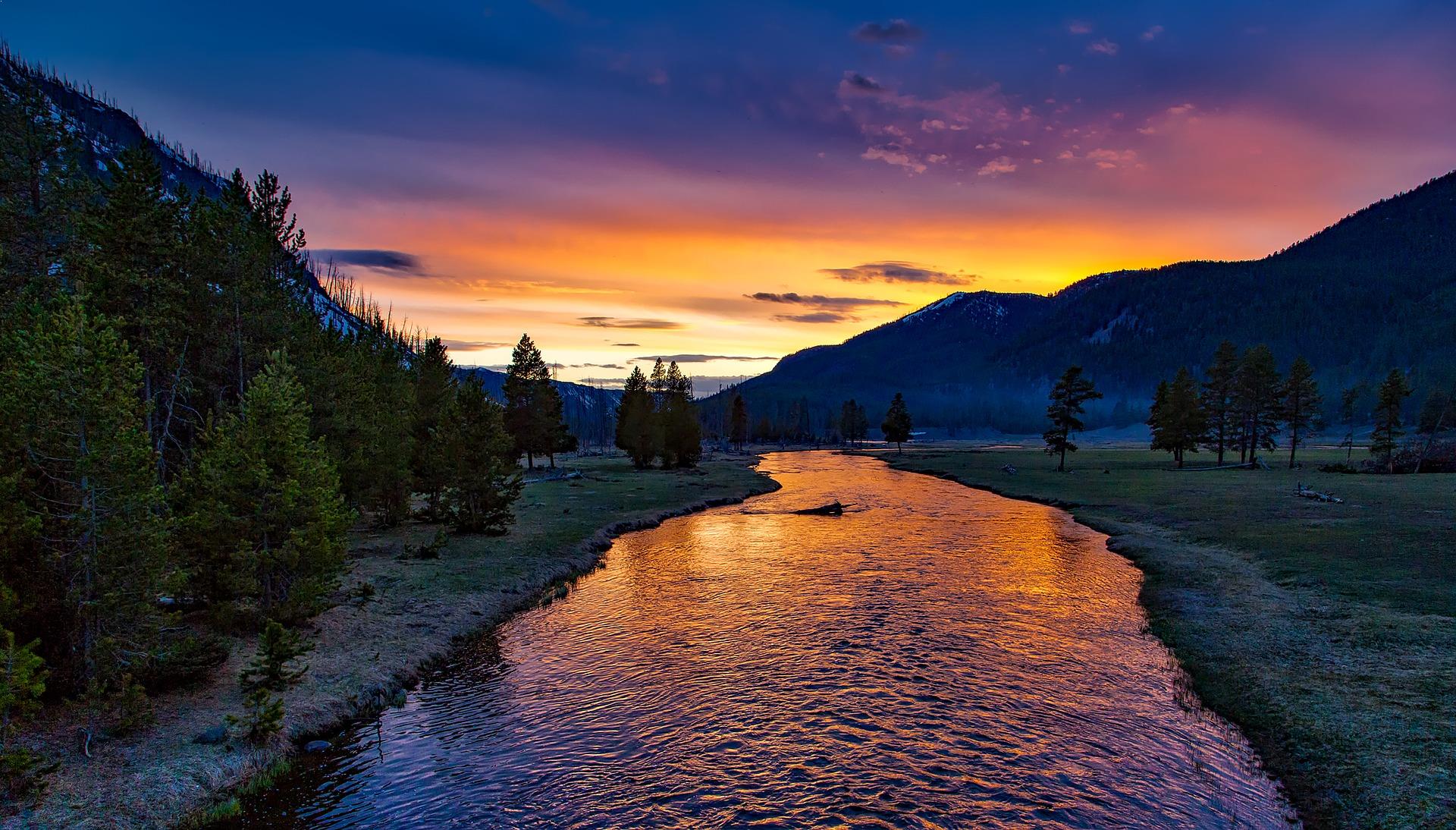 Yosemite National Park is one of the oldest parks spanning portions of Tuolumne, Mariposa and Madera counties in Northern California, covering 747,956 acres of land. Designated as a World Heritage site in the year 1984, it is known all around the world for its Granite Cliffs, waterfalls, lakes, mountains, glaciers, giant sequoia groves and biological diversity.

Yosemite is least fragmented, yet one of the largest habitat block of Sierra Nevada. The flora is spread over an elevation range from 2,127 to 13,114 feet, comprising of five major vegetation – Alpine, Subalpine zone, Oak Woodland, lower montane forest and upper montane forest. Here you’ll find the park’s most famous landmarks – Half Dome and El Capitan – as well as excellent hiking trails through the natural monuments. Also, read about Also, read about National Parks in Canada. 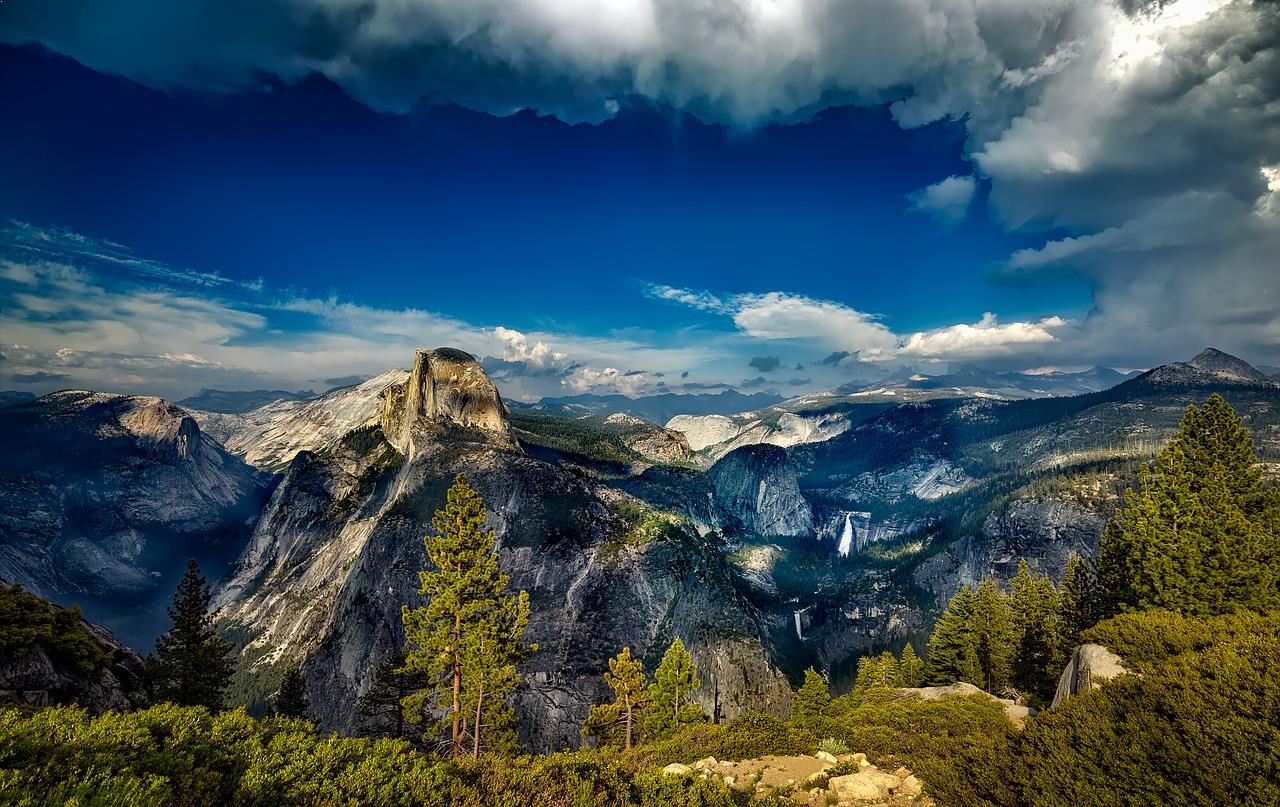 One of the most beautiful National Parks in the USA, Grand Canyon National Park acknowledged as a UNESCO World Heritage Site in the year 1979, situated in northwestern Arizona. The wilderness spreads across 1.2 million acres of land, truly a natural wonder created by the mighty Colorado River, six million years ago. The South Rim- home to the Grand Canyon village and the well-worn Bright Angel Trail, is particularly popular among sightseers and hikers.

This unincorporated area in Coconino and Mohave counties, received nearly 6 million rec recreational visitors in 2016, which is the second highest in all of U.S. after Great Smoky Mountains National Park. The Grand Canyon valued for its combination of size, depth and exposed layers of colorful rocks dating back to Precambrian times. It is on this side that you’ll find the most amenities. However, for a true escapist experience, head to the North Rim. This is the place for backwoods camping and hardcore hiking. 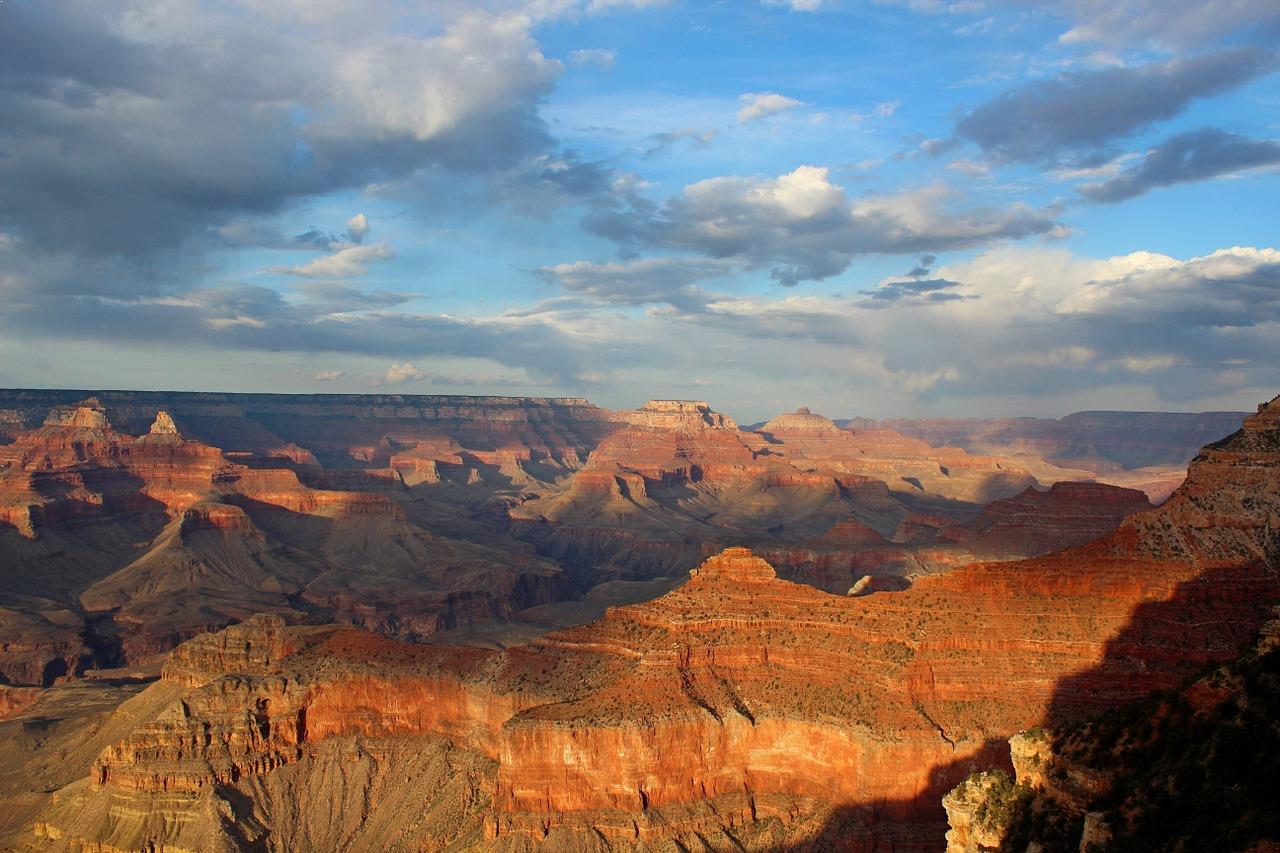 Glacier National Park spread over 1 million acres and includes parts of two mountain ranges and that are sub-ranges of the Rocky Mountains. It has 130 lakes along with 1,000 types of plants and approximately hundred types of animals. This vast pristine ecosystem is the centerpiece of “Crown of the Continent Ecosystem”, a region of protected land spread over 16,000 square miles.

Located in the U.S. state of Montana, on the Canada–United States border with the Canadian provinces of Alberta and British Columbia. 170 million years ago when ancient rocks were forced eastward up and over much younger rock strata, the mountains of Glacier National Park began forming. Endangered species like wolverines and Canadian lynxes inhabit the park. Glacier National Park borders Waterton Lakes National Park in Canada—the two parks are known as the Waterton-Glacier International Peace Park. Glacier N.P. is a treat to the eyes and to the soul. It is one of the most beautiful national parks in the USA. 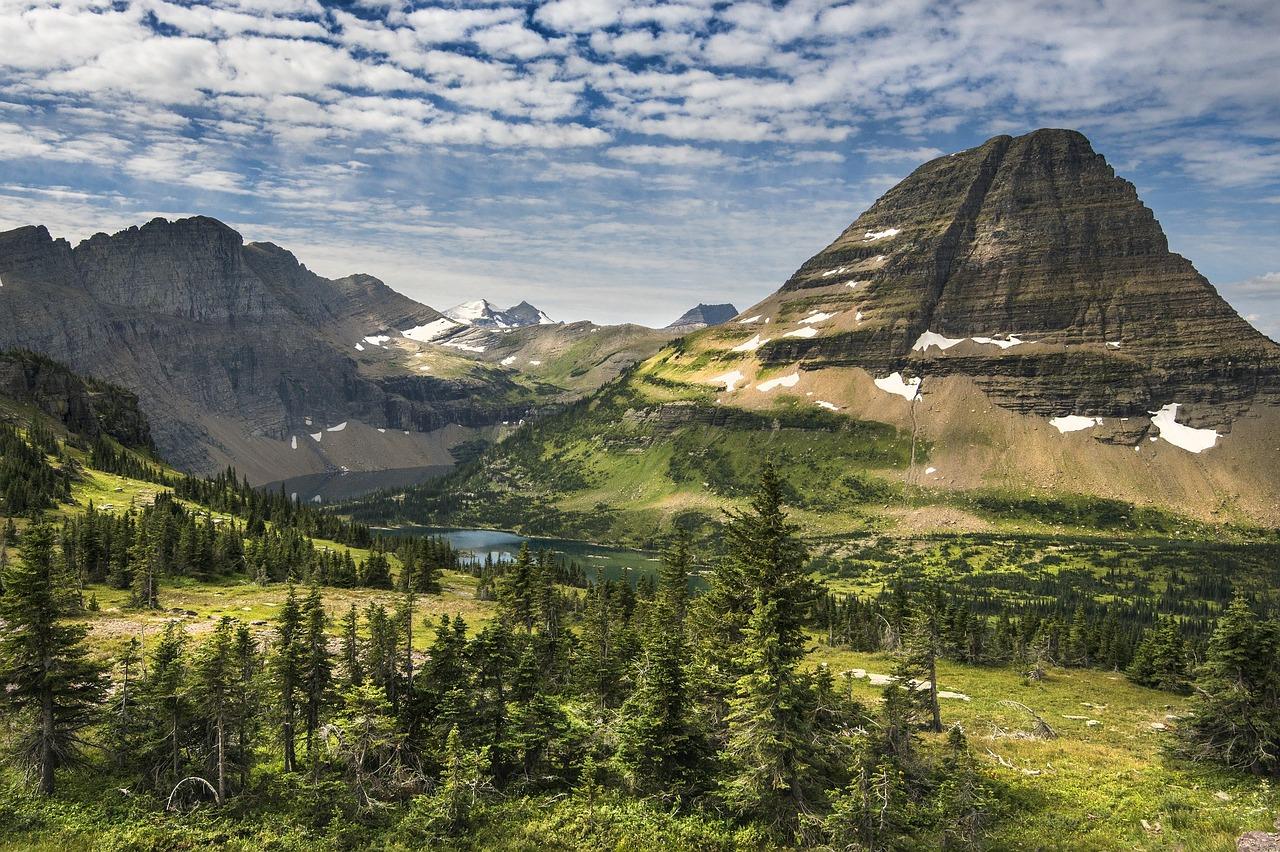 From the 13,770-foot Grand Teton to the shimmering Jenny and Jackson lakes – which reflect the mountains in their depths – is a jackpot for photography. Meanwhile, the Snake River appeals to kayakers, rafters and those who simply fancy a float; historic districts like Menor’s Ferry and Mormon Row attract history buffs interested in the 19th-century past of this piece of Western Frontier. Plus, travelers that want to tick off another national park on the same vacation can travel the few miles north to Yellowstone, which adjoins Grand Teton (you’ll save roughly $10 on combined admission if you choose to visit both parks. 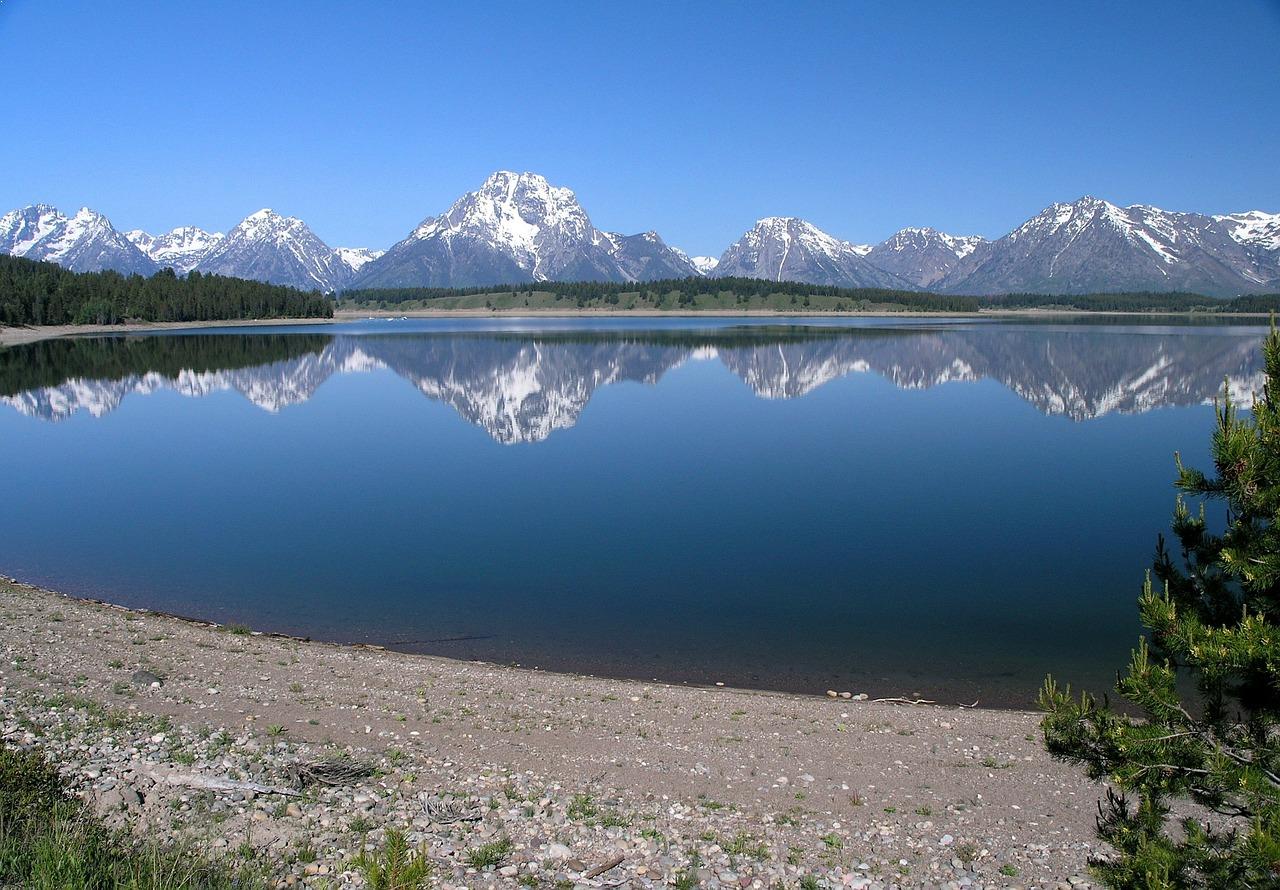 Zion National Park named after the Hebrew word “refuge”, nestles in the Southwestern United States, near Springdale, Utah. The centerpiece of the 229-square-mile park is Zion Canyon, which runs up to 15 miles long and dives up to half a mile (depth), cutting through the rust and tan-colored Navajo Sandstone by the North Fork of the Virgin River. The lowest elevation scales 3,666 feet at Coalpits Wash and the highest elevation is 8,726 feet at Horse Ranch Mountain. This beauty is surrounded by the Colorado Plateau, Great Basin, and the Mojave Desert regions.

The National Park inhabits numerous plant species, as well as, 289 species of birds, 75 mammals (including 19 species of bat), and 32 reptiles inhabit the park’s four life zones: desert, riparian, woodland, and coniferous forest. Plus, the blanket of stars that illuminates the night sky is a welcome nightcap to a day filled with active pursuits. And when it’s time to come back from the refuge to reality, the 166-mile drive from Las Vegas or the 308-mile drive from Salt Lake City is just about the right amount of time to process all the beauty you just experienced. 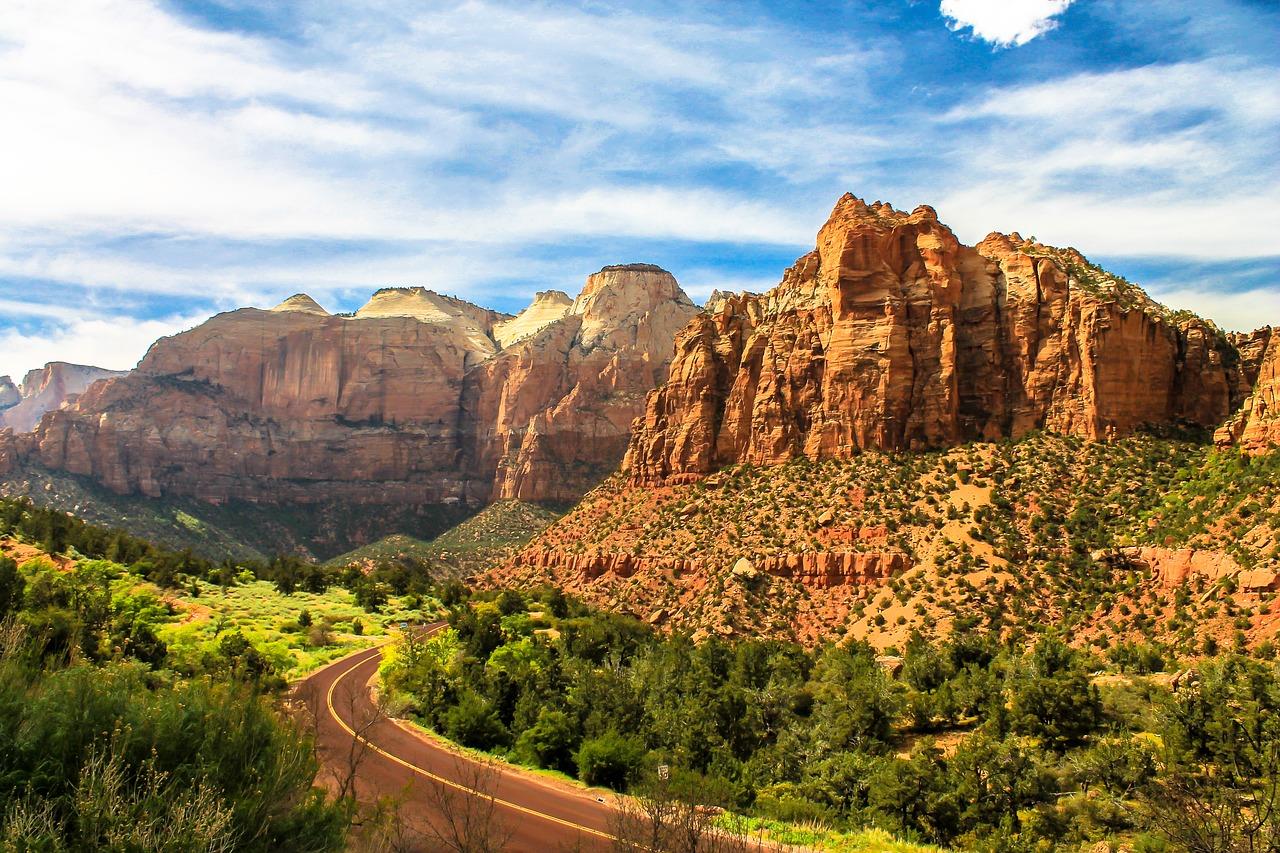 The Great Smoky Mountains National Park straddles the ridge line of the Great Smoky Mountains, is a part of the Blue Ridge Mountains, which are a division of the larger Appalachian Mountain chain. It is located in the Swain and Haywood counties of North Carolina, along with Sevier, Blount and Cocke counties in Tennessee, US. The mountains have witnessed a long history of human settlers from the prehistoric Paleo Indians to the 19th-century European settlers. Being one of the free National Parks in the US, it welcomes more than 10 million people each year. It is one of the largest protected areas in the eastern United States.

The Late Precambrian rocks that are part of the Ocoee Supergroup, are the dominating feature of this park. This group comprises of metamorphosed sandstones, phyllites, schists, and slate. Early Precambrian rocks are the oldest rocks in the Raven Fork Valley and upper Tuckasegee River between Cherokee and Bryson City. Enjoy and explore the drives to the picturesque Cades Cove or along the Roaring Fork Motor Trail and outdoor activities like hiking, biking, and fishing. It is one of the incredible national parks in the USA. You can also read about places to see cherry blossoms around the world.

Acadia National Park is a United States National Park situated in the state of Maine, near Bar Harbor. It was initially created as the Sieur de Monts National Monument in 1916,However, later park was renamed Lafayette National Park in 1919, and was given its current name of Acadia in 1929. Acadia is one of the oldest designated national park area, east of the Mississippi River. It reserves most of Mount Desert Island, and is further associated with smaller islands, off the Atlantic coast.

Originally, inhabited by the Wabanaki people, it was discovered in the year 1604 by Samuel de Champlain. Acadia National Park spreads across 49,052 acres of land, which comprises of 30,300 acres of Mount Desert Island, 2,728 acres of Isle Au Haut and 2,366 acres of the Schoodic Peninsula. The park includes mountains, an ocean shoreline, woodlands, and lakes, in addition to Mount Desert Island. The mountains of Acadia National Park offer hikers and bicycle riders scenic views of the ocean, island, lakes, and pine forests. 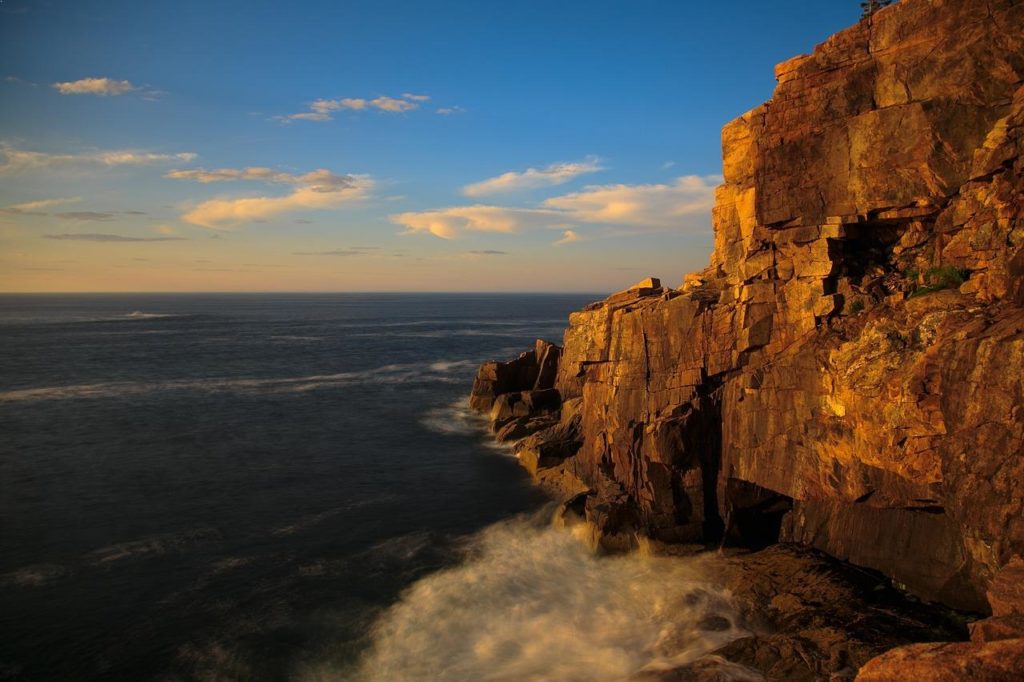 They were designated the UNESCO Sequoia-Kings Canyon Biosphere Reserve in the year of 1976. Famous for its giant sequoia trees, trees here average the height of a 26-story building. The park’s greatest attraction, the 275-foot-tall General Sherman tree, is the largest tree in the world. The General Sherman tree grows in the Giant Forest, home to five out of the ten largest trees in the world. Indeed, the parks preserve a landscape that still resembles the southern Sierra Nevada before Euro-American settlement. It is one of the most amazing national parks in the USA. 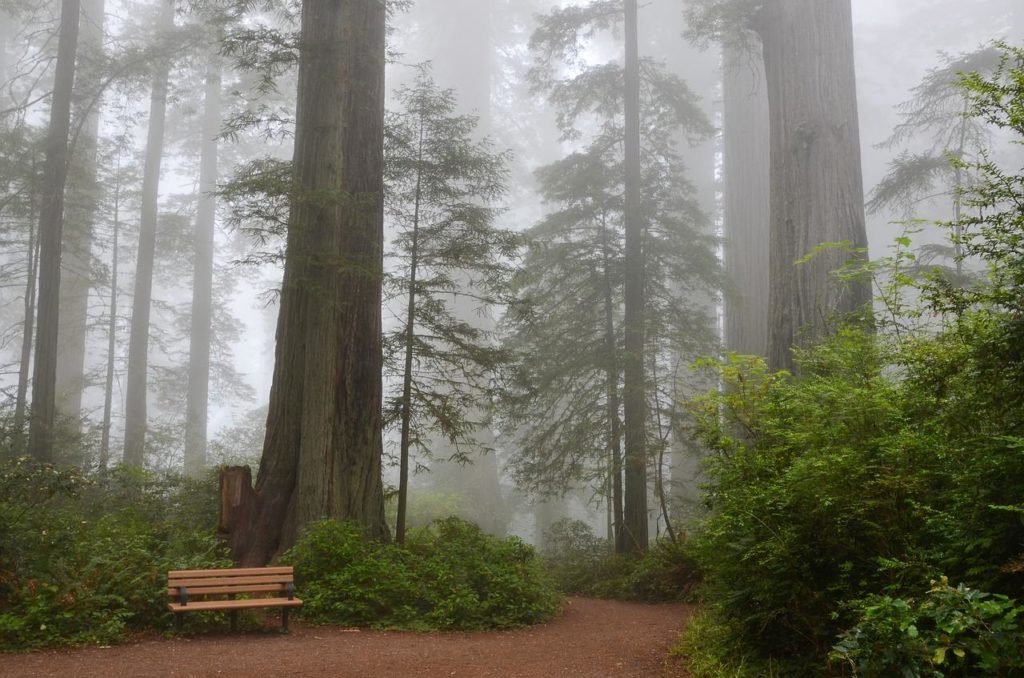 Arches National Park is a US National Park located in eastern Utah. Adjacent to the Colorado River, it is home for 2,000 natural sandstone arches, including the world-famous Delicate Arch. Known for recreational activities like auto touring, backpacking, biking, camping, and hiking, some of which also require permits; astronomy is also popular in the park due to its dark skies. 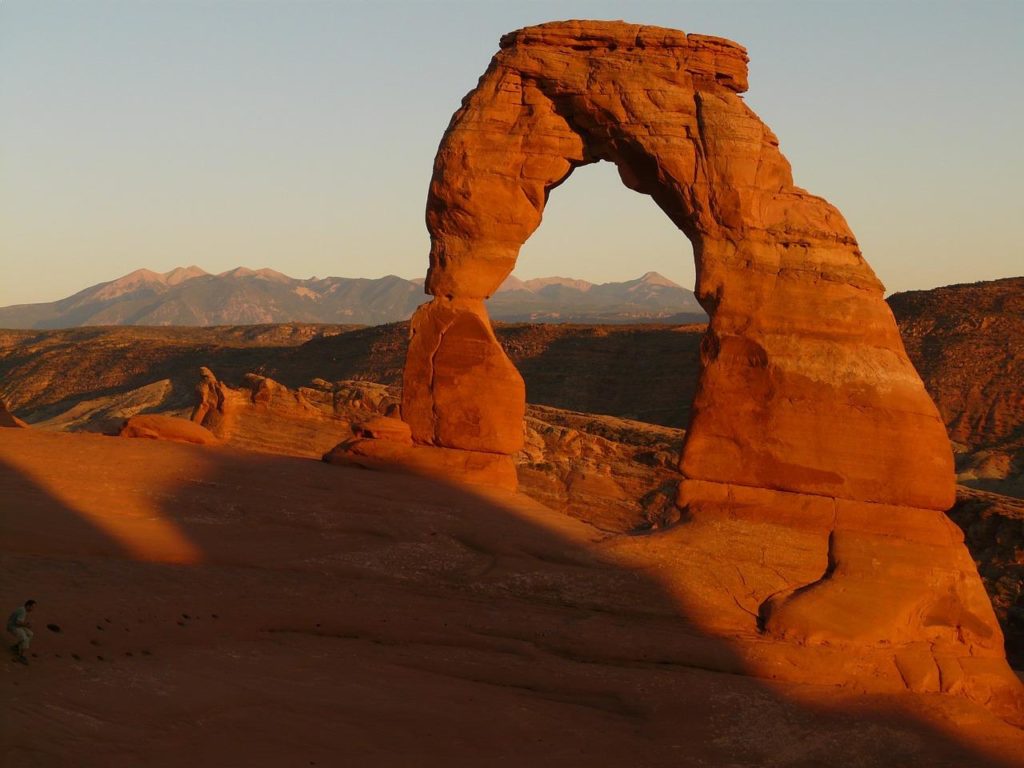 Related Items:beautiful glaciers, Beautiful Lakes Around the World, facts of Glacier National Park, Glaciers In The World, National Parks in the USA