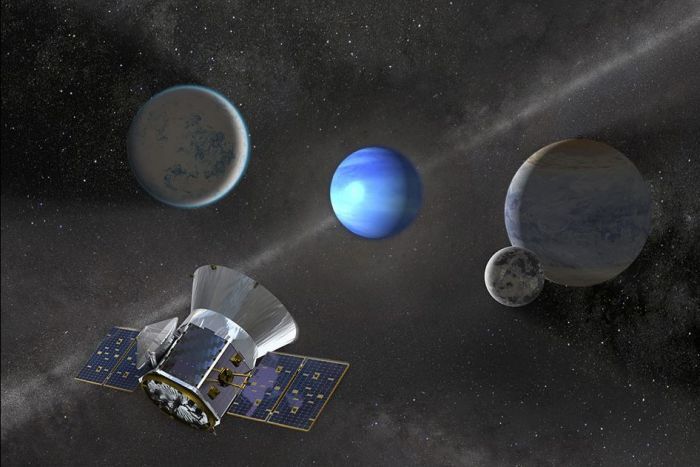 NASA’s Transiting Exoplanet Survey Satellite, in short TESS, has discovered a third small planet outside our solar system, as announced by the scientists this week at the annual American Astronomical Society meeting in Seattle. TESS mission, which is all set to survey the entire sky over the next two years has discovered three new exoplanets around nearby stars, only 53 light years away. The other two planets discovered by TESS are Pi Mensae c, a super-Earth, making three exoplanet discoveries in the first three months since it began surveying the sky in July.

TESS is surveying an area in the sky that is 400 times larger than what Kepler observed, including 200,000 of the brightest nearby stars. Every 36 days it orbits a dwarf star called HD 21749 in the constellation Reticulum. According to calculations by Dr Dragomir, the planet is close enough to its star that its surface temperature is about 300 degrees Fahrenheit, relatively cooler than its neighbouring star, and almost as bright as the sun. It appears to have the longest orbital period of the three planets so far identified by TESS. All these planets were discovered in the first three months of TESS observations. 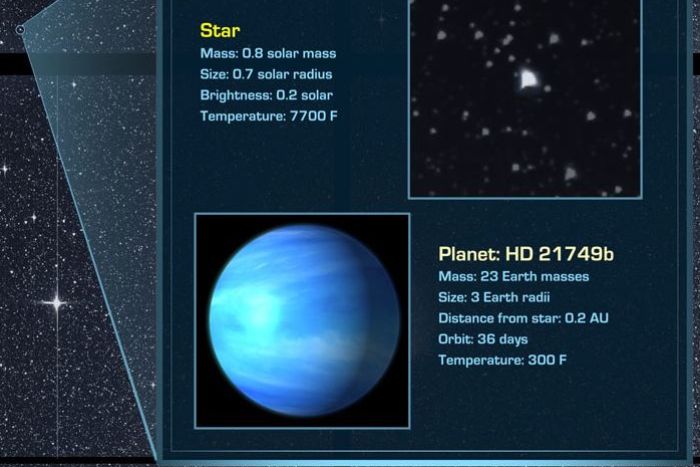 “It is the coolest small planet that we know of around a star this bright,” says Diana Dragomir, a postdoc in MIT’s Kavli Institute for Astrophysics and Space Research, who led the new discovery.” We know a lot about atmospheres of hot planets, but because it is very hard to find small planets that orbit farther from their stars, and are therefore cooler, we haven’t been able to learn much about these smaller, cooler planets. But here we were lucky, and caught this one, and can now study it in more detail.”

The planet is nearly three times bigger than the Earth, which puts it in the category of a “sub-Neptune.”
But the planet is believed to be rocky and therefore habitable. Also, it is more likely composed of gas, of a kind that is much denser than the atmospheres of either Neptune or Uranus.

Related: 7 Expeditions of 2019 that can Reveal Some of Biggest Secrets of the Earth

“We think this planet wouldn’t be as gaseous as Neptune or Uranus, which are mostly hydrogen and really puffy,” Dragomir said. “The planet likely has a density of water or a thick atmosphere,” he added.
TESS was launched on April 18, 2018. During its 2-year primary mission, it is expected to find more than 20,000 exoplanets as compared to about 3,800 exoplanets known when it launched.

TESS is considered to be a “bridge to the future,” finding exoplanet candidates to study in more detail. These exoplanets will be studied so that NASA can determine the best targets for future missions, like the James Webb Space Telescope as well as other large ground-based and space-based telescopes of the future. James Webb Space Telescope, launching in 2022, would be able to characterize the details and atmospheres of exoplanets in ways scientists have not been able to do.

Also, unfortunately, the researchers have also detected evidence of a second planet, though not yet confirmed, in the same planetary system, with a shorter, 7.8-day orbit. And if it is confirmed as a planet then it would be the first Earth-sized planet to be discovered by TESS.