With around 4,000 temples in Cambodia, choosing which ones to visit can be a difficult task. From immense stone structures recognizable across the world to more modest, lesser-known monuments of equal beauty.

We’ve put together a list of 8 temples that are well worthy of a place on any Cambodia travel itinerary. You can find most of these within the Angkor Archeological Park, just north of Siem Reap. Many tourists spend 2 or 3 days exploring the area.

Of course, the first step to planning a trip to Cambodia is to check the country’s visa requirements. You can either apply in advance for the eVisa or get it on arrival at Siem Reap or Phnom Penh International airports, check out here your Cambodia visa on arrival here. 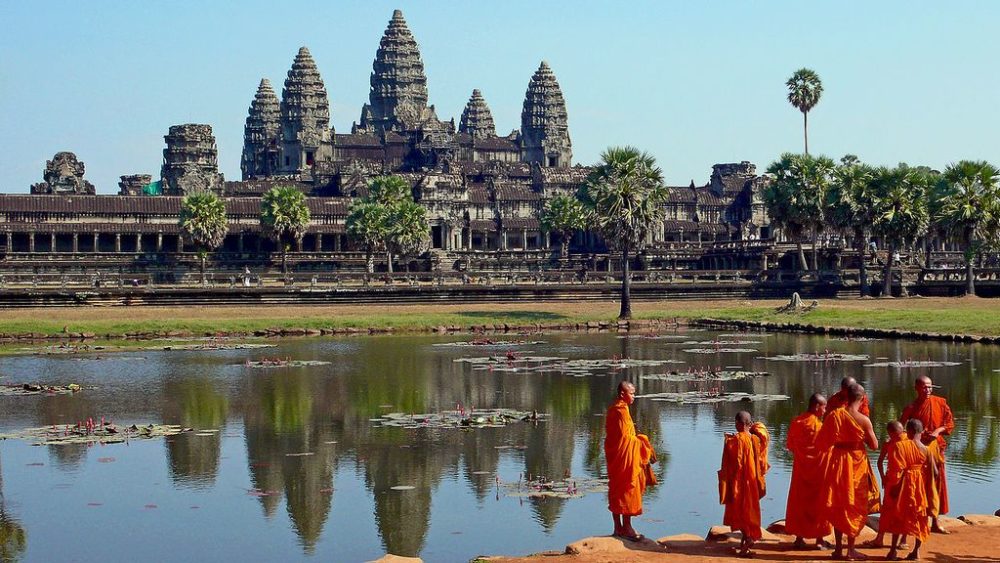 Considered to be the largest religious building in the world, there’s a good reason why some 2.6 million tourists flock to Angkor Wat each year. Covering an impressive 162.6 hectares, this imposing temple complex dominates the landscape.

When you visit, look out for the lotus bud-shaped Khmer towers, detailed decorative elements such as bas-reliefs and pediments, and the canals and reservoirs.

Whilst Angkor Wat is visually stunning, it’s important to remember the religious significance too. A Buddhist temple, local believers continue to venerate the ancient site, carrying out rituals and saying prayers.

So iconic is Angkor Wat that it was adopted as a symbol of the nation, even appearing on the Cambodia flag. This breathtaking monument is undoubtedly one of the must-visit places in Cambodia.

Ta Som: a Chance to Reflect Amongst Nature

Being the most emblematic temple in Cambodia, Angkor Wat is also the busiest. If you want to escape the crowds head to nearby Ta Som. It may be small in size but Ta Som has great character. With an overgrown tree framing the entrance, this temple is straight from the pages of a children’s fairy story.

Ta Som was built towards the end of the 12th century for King Jayavarman VII who dedicated it to his father, the king of the Khmer Empire 1150 to 1160. Standing next to this temple, its rich history is palpable, close your eyes and you may be able to imagine what the building was like 800 years ago.

Now intertwined with vegetation, Ta Som is the perfect spot to contemplate the power of mankind and of nature.

Bayon: a Temple with Many Faces 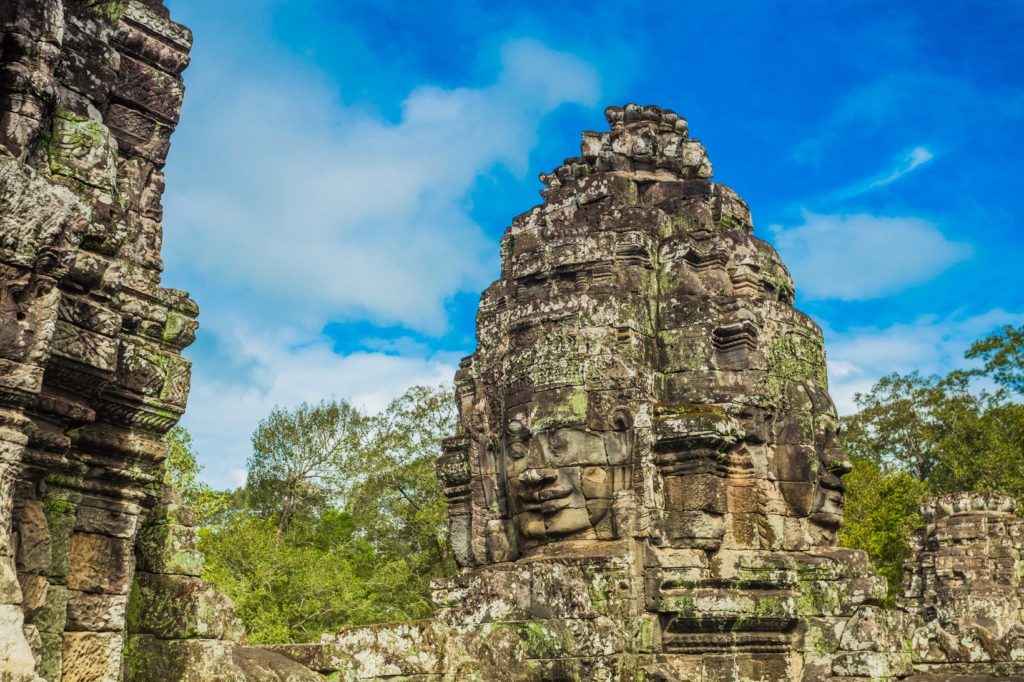 A truly unique sight, Bayon boasts large smiling faces carved into its façade. For the best light, head to Banyon in the morning, although it’s impressive regardless of the time of day.

Not only do the huge carved faces provide an excellent photo opportunity, but they also offer an insight into 12th-century Cambodian life. Look closely and you’ll see soldiers marching to battle, a game of chess, and wildlife including elephants and tigers.

Despite these depictions, Bayon remains somewhat shrouded in mystery. Researchers are yet to discover exactly what the temple was for and all the symbolism of the site. What is certain is that this temple leaves a long-lasting impression on all those who visit it. 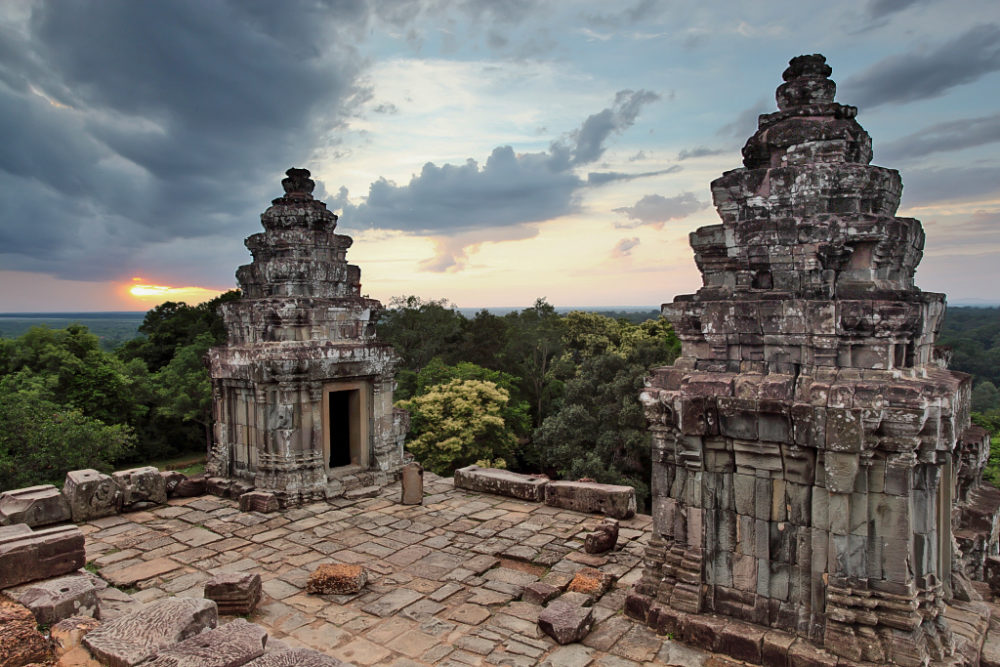 For one of the most memorable sunsets or sunrises you’re likely to experience, take a trip to Bakheng just before daybreak or towards the end of the day.

Its hilltop setting is what makes this Bakheng so special, and, built around 200 years before Angkor wat, it is one of the oldest temples in Angkor Archaeological Park.

Prasat Thom: The Temple for Solitude and Contemplation

Located in a remote area outside Siem Reap, Koh Keh temple complex is the perfect place for reflection. Over 180 sanctuaries were discovered at this site, fewer than 30 can be visited by tourists as the majority remain hidden amongst the vegetation.

The principal temple at Koh Ker is Prasat Thom, the façade or which peeks out from behind thick foliage. If you’re not afraid of heights, climb the staircase to the top for the most spectacular views.

For nature enthusiasts, or those seeking some time alone, Koh Ker is the place to go.

Beng Mealea: for a Slice of Adventure 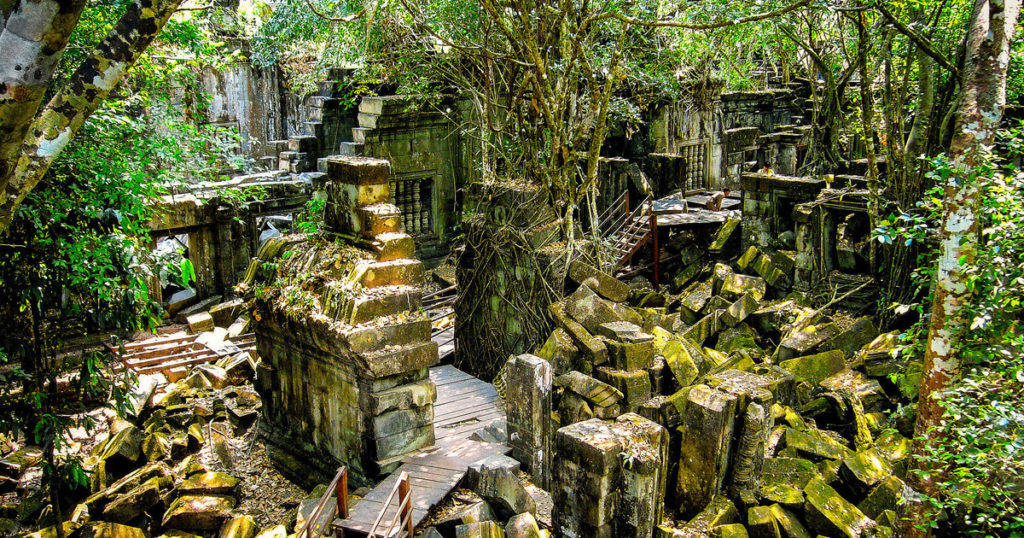 This temple lies in ruins inviting visitors to use their imaginations. What might the monument have been like hundreds of years ago?

Engulfed by jungle, it’s a challenge to get to but well worth the effort. Its towers and courtyards lie in heaps and there is little known about the site, adding to the mystery and intrigue.

The architectural style of the building reflects that of Angkor Wat, which has led experts to assume it was built in the early 12th century, during the reign of King Suryavarman II, although much remains unknown.

After Angkor Wat, Ta Prohm is one of the most popular temples amongst visitors. Take one look and it’s easy to see why. Trees are entwined around the ruins of the building creating a mystical atmosphere. As far as photo opportunities go, Ta Prohm provides some of the very best.

Originally called Rajavihara, meaning ‘Monastery of the King’, the construction of Ta Prohm began in 1186 and was dedicated to Jayavarman VII’s mother.

Stone inscriptions have allowed experts to gather much information about the fascinating history of the temple and site, including its 80,000 inhabitants and attendees.

In contrast to the dominating and dark stone of many of Cambodia’s monuments, Banteay Srei is a refreshing change. Known as ‘The Pink Temple’, Banteay is made of rose-colored limestone with delicate carvings.

The intricacy of the carving work, most likely carried out by small hands, has led some to suggest that the temple is the work of women.

If you’re looking for the best tourist attractions in Cambodia, and want to learn more about Cambodia’s rich history and culture, dedicate as much time to exploring these religious monuments as your itinerary allows.