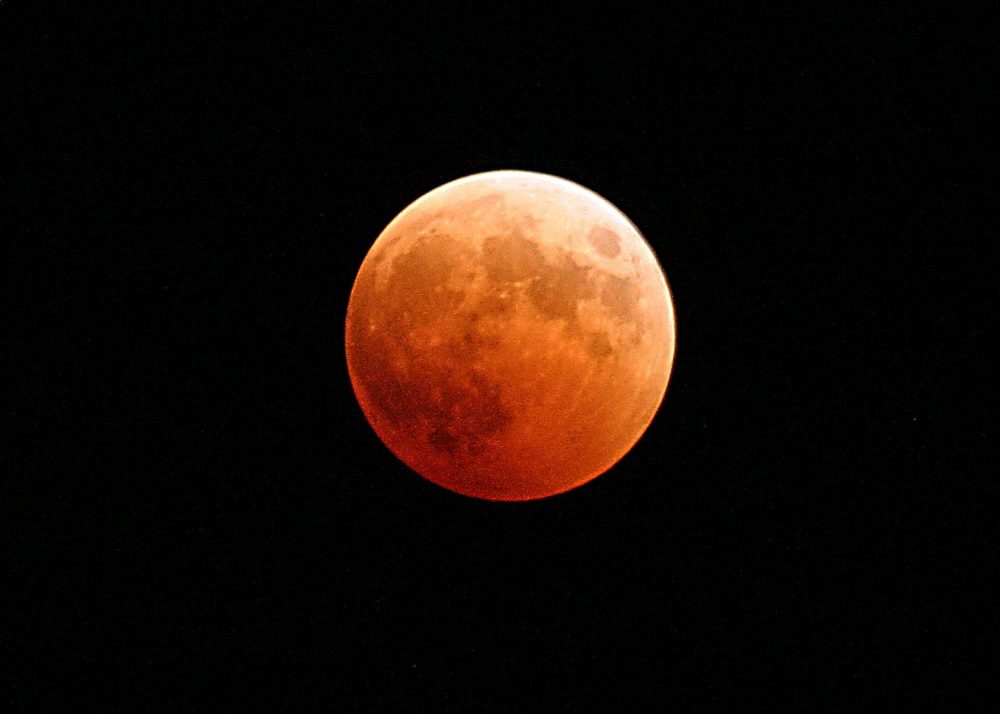 Few Days after Celebrating the New Year, the world will witness a brilliant reddish-orange body called a Super Blood Wolf Moon Eclipse from January 20 onwards. It will be an incredible astral display when the Super Blood Wolf Moon would grace the sky. The year 2019 will kickstart with the rare and one of its kind ‘Super Blood Wolf Moon’ eclipse. The celestial event, Super Blue Moon total lunar eclipse, is one featuring a red tinge caused by the moon passing through the Earth’s shadow.

The event will take place on the night of January 20 leading into January 21, depending on the viewer’s time zone and which part of the eclipse they’re seeing. In the Eastern time zone, the total eclipse will be visible from 9:36 p.m. (8:06 am IST)on Jan. 20 to 2:48 a.m. on Jan. 21, according to an IndyStar interview with Brian Murphy, director of the Holcomb Observatory & Planetarium and Butler University professor. However, the total eclipse will start at 11:41 PM in the Eastern time zone, ultimately ending a little before 3 AM ET(1:18 pm IST).

The Full Wolf Moon will pass through the upper half of the Earth’s shadow which will cause the moon to have a dark red colour, hence the “blood” part of the name. According to a report, the reason for such name is that in Native American times, wolves usually appear outside the villages and they use to howl in hunger at the full moon. The Full Moon is also a Super Moon and Blood Moon, creating the Super Blood Wolf Moon. A Super Moon occurs when the full moon is very near perigee, the closest possible distance from earth and that is why it appears larger. The Super Blood Wolf Moon will be visible on the night-side of earth, which includes South America, the eastern Pacific Ocean, the western Atlantic Ocean and extreme western Europe.

The Super Blood Wolf Moon takes place during a supermoon( when Earth comes between the Sun and Moon, causing the Sun’s light to bend towards the Moon). This occurs when a moon’s full phase coincides with the point in its orbit when it comes closest to Earth that makes it look 14 per cent larger and 30 per cent brighter than it normally does, according to Space.com.

Related: 15 Bizarre and Insane Facts About Moon You Will Find Hard to Believe

Eclipse data from NASA indicates the eclipse is expected to be visible throughout North and South America. NASA also projects the total eclipse duration at about 1 hour and 2 minutes. EarthSky Communications Inc., a Texas-based science website, says the Jan. 21 events are also expected to be a supermoon, or a “new or full moon closely coinciding with perigee, the moon’s closest point to Earth in its monthly orbit.”

Related: Why is the Sun’s corona so hot?