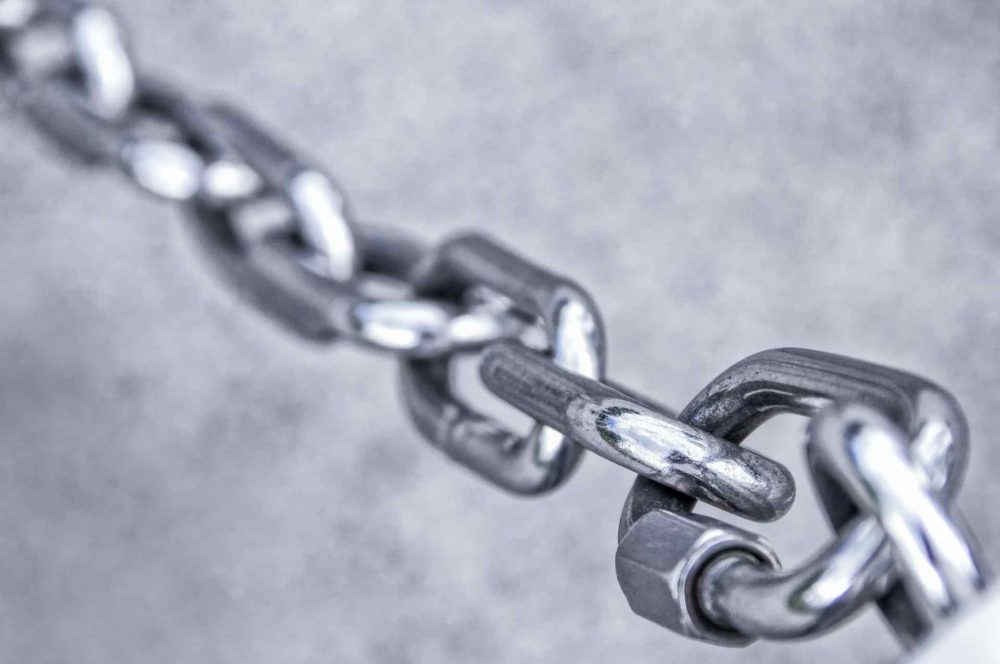 Metals, generally have a lustrous appearance, are typically malleable, ductile and conducts electricity and heat relatively well. Copper, which occurs in its native form, is the first metal discovered given its distinctive appearance, heaviness, and malleability compared to other stones or pebbles. Almost all the metals are of a great use to human beings as they are used in their one or the other form. Some metals possess a high strength while, some are not as strong but, all of them come with their own set of properties which makes them distinctive. Here are the top 10 strongest metals in the world.

Tungsten, the name has been derived from the former Swedish name tungsten which means “heavy stone”. It is a rare metal found naturally on Earth surface. It was identified as a new element in 1781 and first isolated as a metal in 1783. It is remarkable for its robustness, and has the highest melting point of all the elements discovered, melting at 3422 °C. It also has the highest boiling point, at 5930 °C. Also, its density is 19.3 times that of water, which is much higher than that of lead. In fact, it is the heaviest element known to be essential to any living organism but, it can interfere with molybdenum and copper metabolism which is somewhat toxic to animal life. 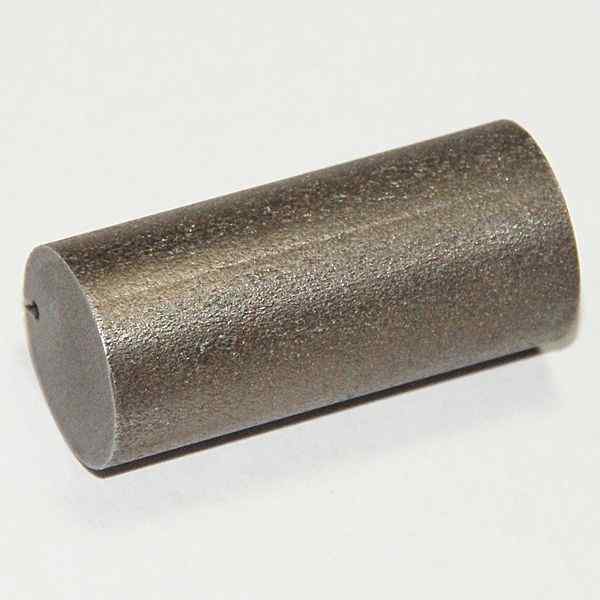 Steel is an alloy of iron and carbon containing less than 2% carbon, 1% manganese and small amounts of silicon, phosphorus, sulphur and oxygen. Because of its high tensile strength and low cost, it is a major component used in ship buildings, infrastructure, tools, automobiles, machines, appliances, weapons and much more that is why it is referred to as the world’s most important engineering and construction material. It is used in every aspect of human life ranging from utensils to cars, refrigerators washing machines and many more. The most important characteristic of steel is that it can be recycled repeatedly without loss of property. 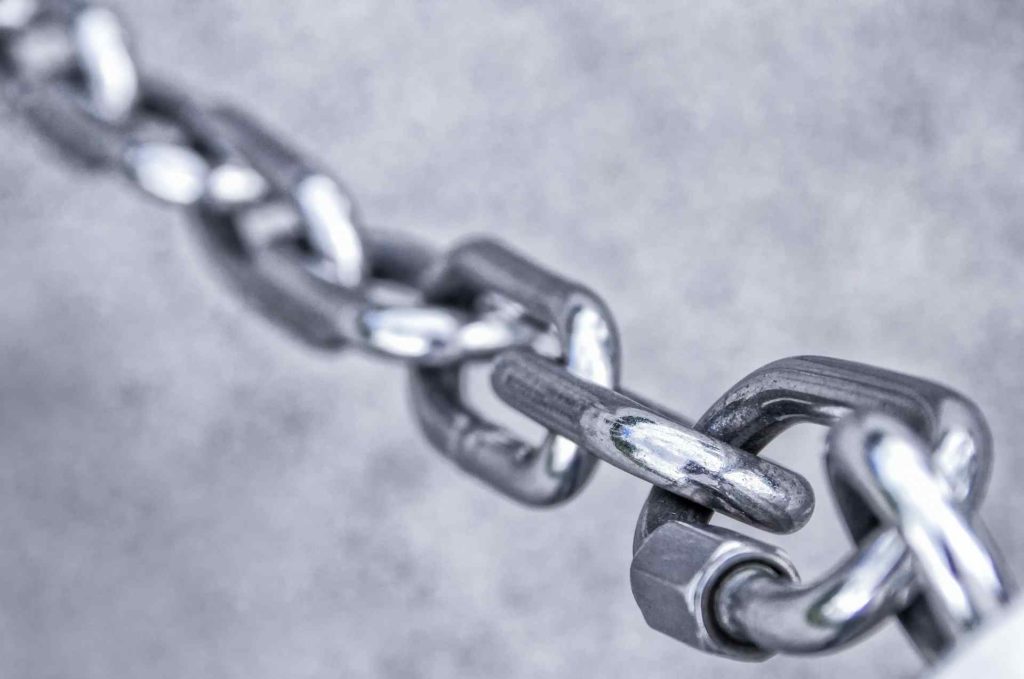 Chromium is a lustrous, brittle, hard metal which is generally silvery-grey in colour. It is a highly polished metal that does not tarnish in air. Also, it is unstable in oxygen and immediately produces a thin oxide layer that is impermeable to oxygen. However, chromium is most widely recognized for its large-scale use as an ingredient in stainless steels because it has excellent hardness, resistance to corrosion, and ability to be polished for a lustrous appearance.

Related: Top 10 Best and Most Popular Game Consoles Of All Time 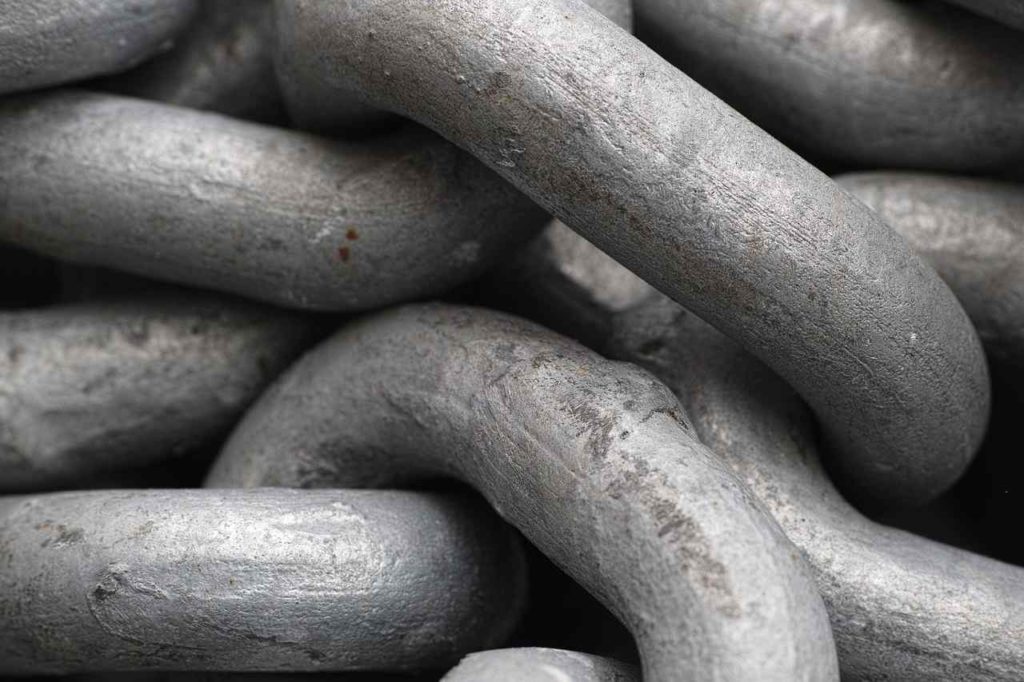 Titanium is a lustrous transition metal with a silvery appearance, low density, and high strength. It also has good resistance to corrosion in sea water, aqua regia, and chlorine. Also, Titanium is a ‘new’ metal that was discovered in 1790 and started to be produced industrially in 1948 after a long period of maturation since its discovery. Because of its bountiful reserves and excellent bio-friendliness, titanium is a material friendly to the environment and humans. 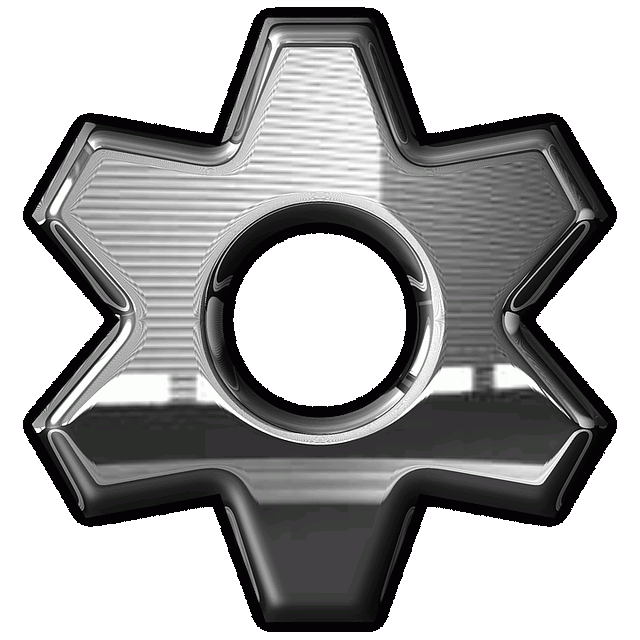 Iron is believed to be the tenth most abundant element in the universe which exist in four distinct crystalline forms. Also, it is a common and inexpensive metal that is often found in black colour. It is attracted by magnets, and is used in making steel and can get rusty in damp air, but not in the dry air. Today, it is the most widely used metal including 95 % of all the metal tonnage produced worldwide. Ranging from food containers to personal cars, screwdrivers to washing machines, from cargo ships to paper staples iron is extensively used. The main mining areas are China, Brazil, Australia, Russia and Ukraine. 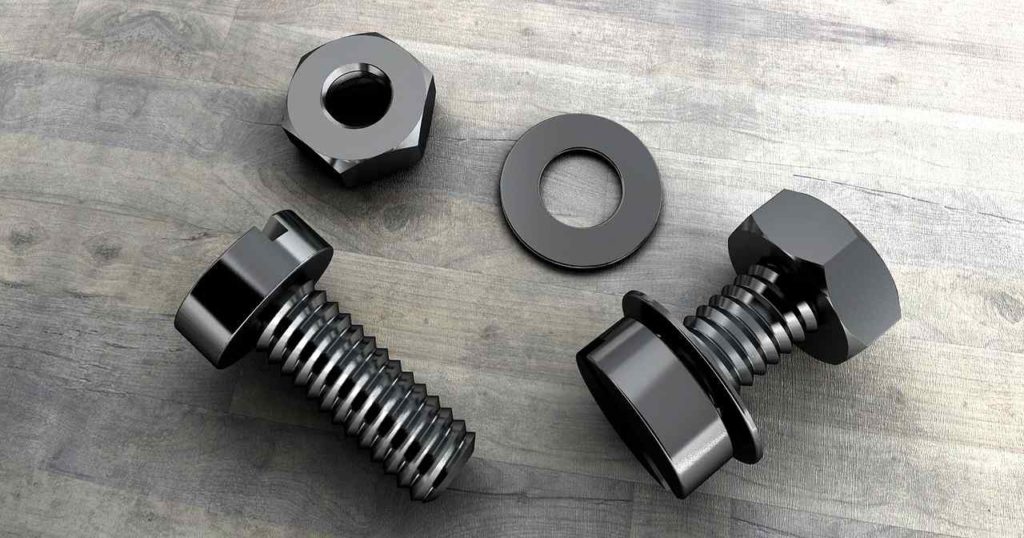 One of the strongest metals in the world, Vanadium is a soft, rare, ductile metal usually found in greyish white colour. It is used mainly to produce certain alloys. It was named after the Norse goddess of beauty, Vanadis, because of its beautiful colours. Vanadium when Mixes with aluminium in titanium alloys, it is used extensively in jet engines and high-speed air-frames, and in axles, crankshafts, gears and other critical components. Also, it is used as a supplement in medicines. Moreover, The largest resources of vanadium are to found in South Africa and in Russia. 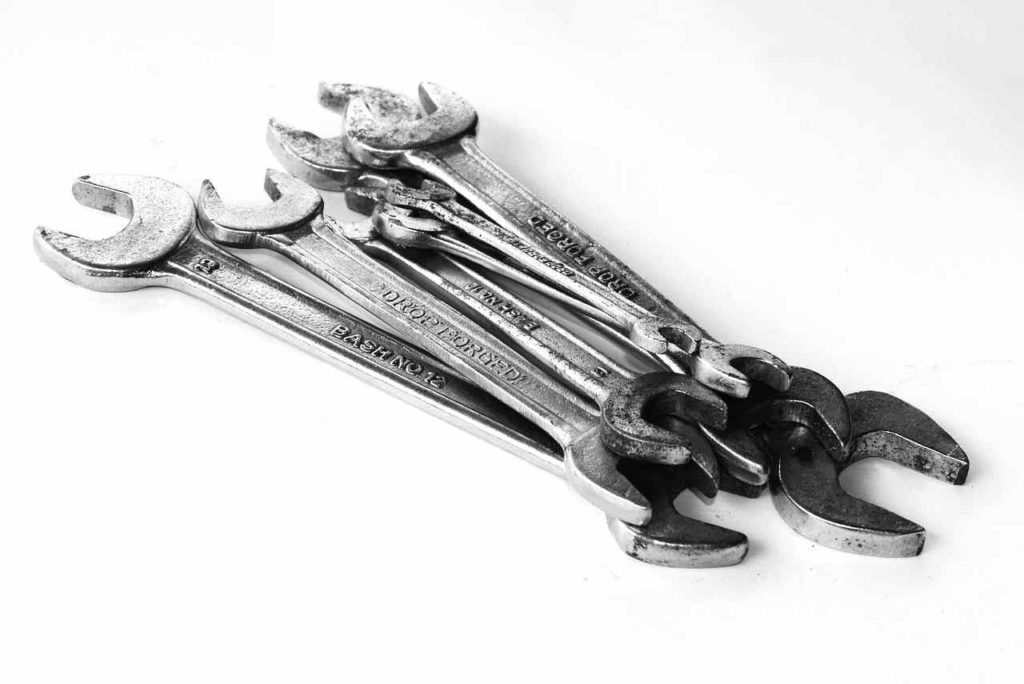 Lutetium is a rare metal found on earth and is perhaps the most expensive of all rare elements. It is found in small amounts with all other rare earth metals of the earth and is very difficult to separate it from other rare elements. The leading producers of Lutetium are United States of America, Australia, China, Brazil, Sri Lanka and India. Also, Lutenium has a wide range of applications in refineries and petroleum industries which makes it really an expensive one. Moreover, It is also used in various processes like polymerization, hydrogenation and alkylation. 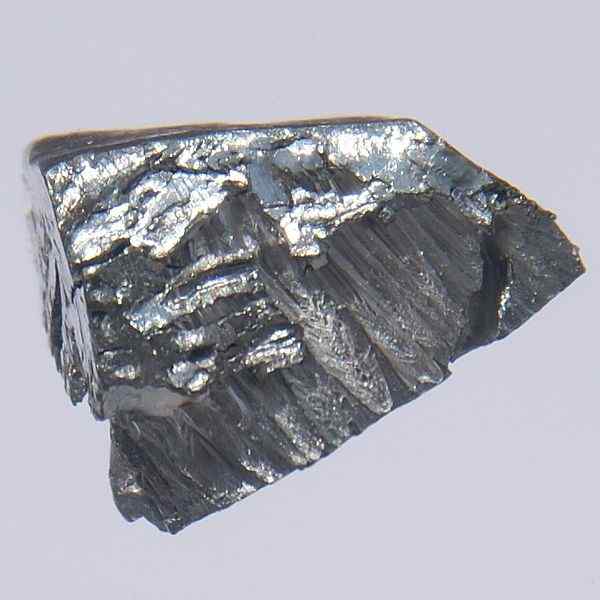 Zirconium is a transition metal that can easily form stable compounds. It is found in silver-grey colour and has high resistant to corrosion. Zirconium alloys are used in wide variety of ways including pipes, fittings and heat exchangers. Zirconium is also used in steel alloys, coloured glazes, bricks, ceramics, abrasives, flashbulbs, lamp filaments, artificial gemstones and some deodorants. 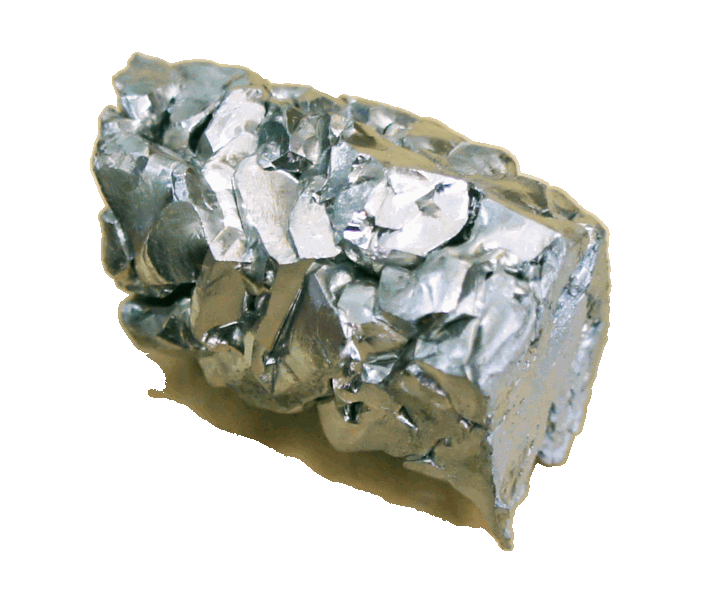 Osmium is the densest metal is known, that belongs to the platinum group of metals. It is lustrous, silvery metal and unaffected by water and acids. It is used in few alloys and in the industry as a catalyst. At one time it was widely used to produce nibs of high-quality fountain pens, compass needles, long-life gramophone needles and clock bearings, because of its extreme hardness and excellent resistance to corrosion. 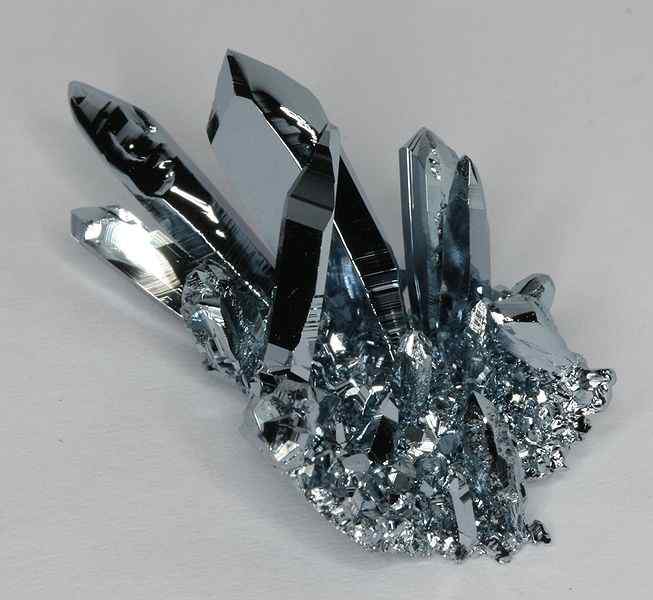 One of the strongest metals in the world, Tantalum is a soft, shiny, silvery and virtually corrosion resistant metal due to an oxide film on its surface. Tantalum is widely used in aircraft engines, electrical devices, such as capacitors. Tantalum is almost impervious to chemical attack, that is why it is employed in the chemical industry, e.g. for heat exchangers in boilers where strong acids are vaporized. However, the main producing areas include Thailand, Australia, Congo, Brazil, Portugal and Canada. 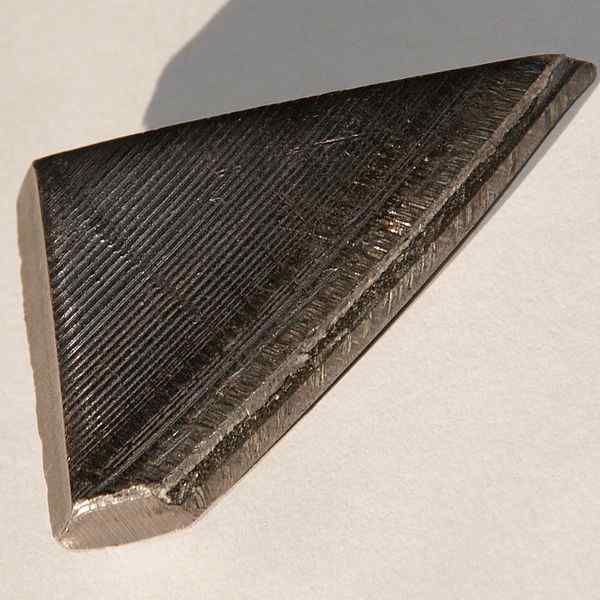 These are the top 10 strongest metals in the world. Do post your comments.