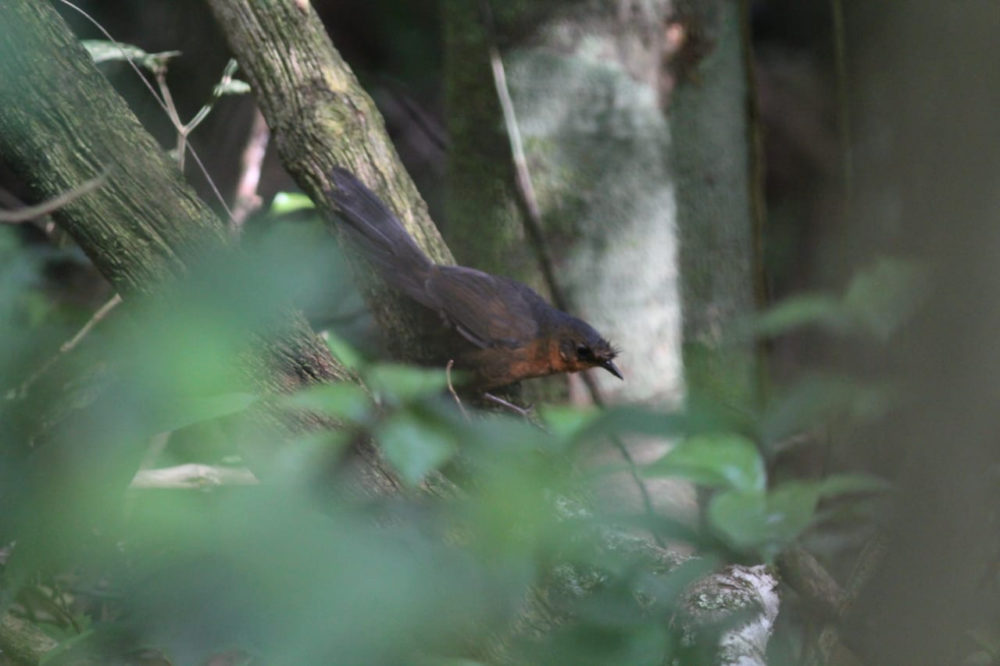 After a long, extensive searching one of the most endangered birds on the planet has finally been spotted once more. It is neither flashy, nor large but, is a medium-sized, long-tailed bird with distinctive bristles on its forehead. Known as the Stresemann’s Bristlefront, it one of the rarest creatures on the Earth and scientists believe that only a handful of these creatures are left in the world. The female bristlefront was sighted on December 12 and 14 in fragments of habitat in Bahia, Brazil, which has renewed the hope to save this remarkable, ground-nesting songbird from extinction. And now it’s a high time to save the bird from total extinction, as it is rapidly dwindling in the rainforest habitat with threatening to push the population right down to zero. These birds are found only in a small region of eastern Brazil and were first noted in the 1830s.

The species natural habitat include subtropical or tropical moist lowland forests. It is threatened by habitat loss, and the Mata do Passarinho Reserve is the last known area to house Stresemann’s bristlefront, with fewer than fifteen known individuals as per American Bird Conservancy (ABC) and its partner organization in Brazil, Fundacao Biodiversitas.

The species got its name from a German-Brazilian ornithologist Helmut Sick, who noted both the bird’s distinctive bristles and the name of his tutor Erwin Stresemann. furthermore, this bird species remained unrecorded for 50 years and was again discovered in 1995. Now conservation efforts are being focussed on the area of northeast Minas Gerais, where it is hoped that the small population can be kept alive and allowed to flourish.

“Although we are relieved that the Stresemann’s Bristlefront continues to survive, the species’ future remains precarious,” says one of the conservation team, Amy Upgren from the American Bird Conservancy (ABC).

In order to assess the current population, Fundacao Biodiversitas, supported by ABC, sent a team to scour out the species’ remaining habitat within and outside of the Mata do Passarinho, or “Songbird Forest,” Reserve. After several researches, the female bristlefront was seen outside the reserve’s boundaries by Alexander Zaidan of Fundação Biodiversitas and researcher Marcos Rezende Peres. 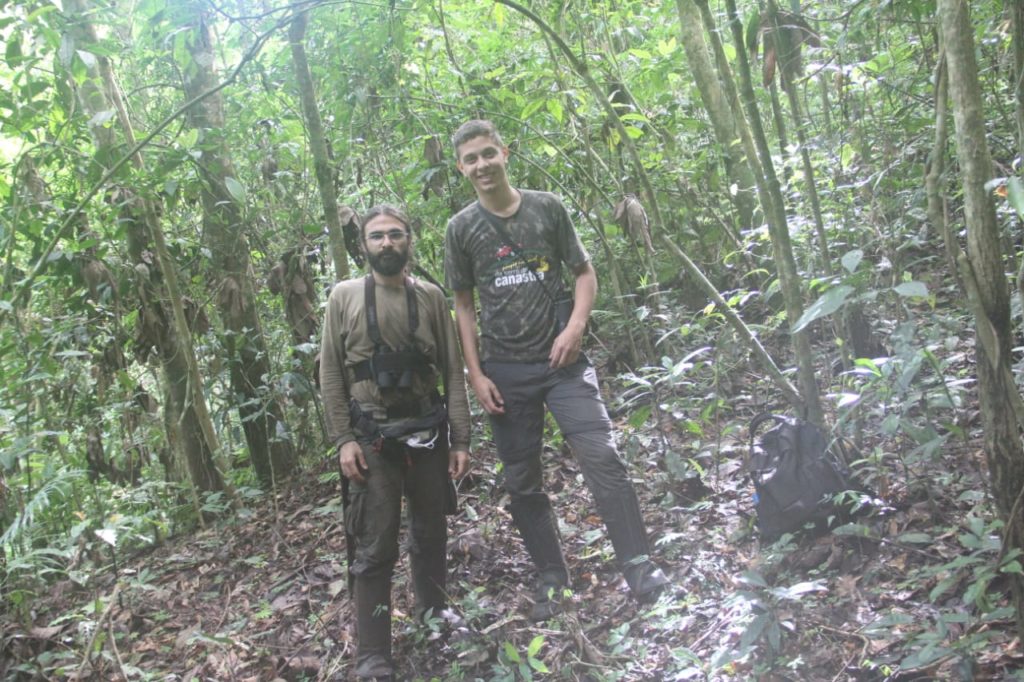 Alexander Zaidan (left) and Marcos Rezende Peres (right) in the field after finding the bristlefront.

In 2007, Fundacao Biodiversitas, with support from ABC, Rainforest Trust, and other organizations, established the Mata do Passarinho Reserve to safeguard habitat for this and other rare species, such as the Banded Cotinga.

Similar to the size of a Gray Catbird or Northern Cardinal, the Stresemann’s Bristlefront is named for the stiff bristles on its face and is classified as a tapaculo i.e. one in a family of 50-plus species which is found mainly in South America and well-known for their skulking habits. Unlike most songbirds, this species nests in underground tunnels. However, the details of this bird’s life history still remains a mystery, and before these details can be studied, the species’ drop toward extinction must be halted.