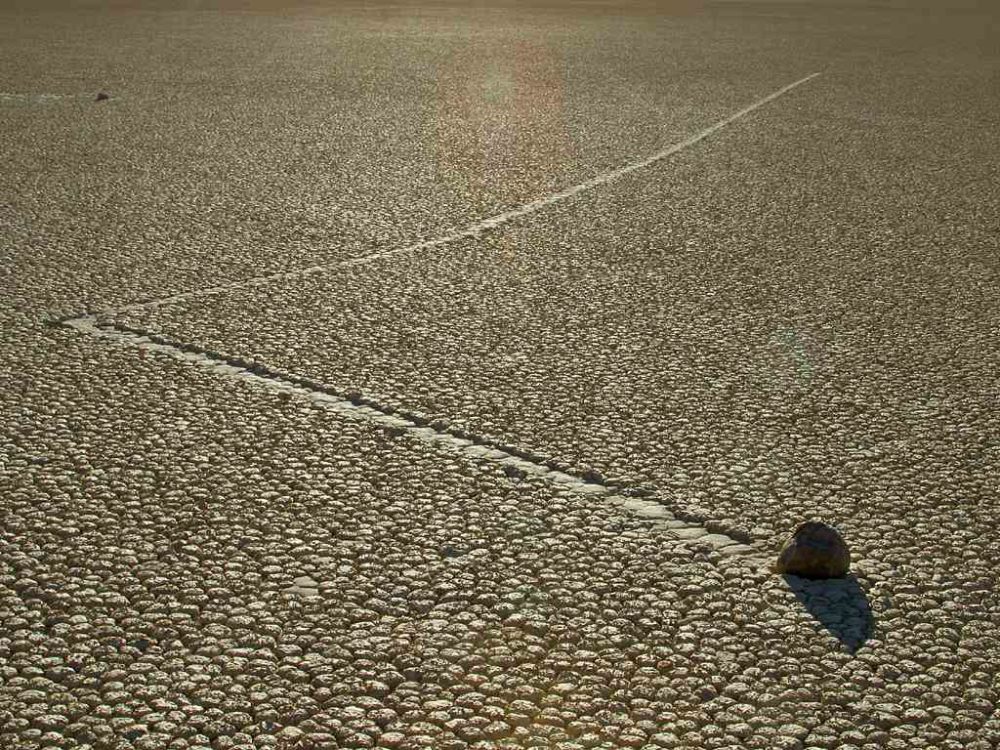 Penitentes are the snow formation found at the high altitudes. They are in the form of narrow blades. The snow formation is tilted towards the direction of the sun. The size of the snow formation varies from a few centimetres to over 5 meters.hey are mostly seen above 13,000 feet and made up of hardened snow or ice. These blades are oriented towards the sun and it was first described by Charles Darwin in 1839 when he found it near the Piuquenes Pass between Chile and Argentina and local belief was that they are formed by the strong winds of the Andes, however, it is more complicated.

Pitch Lake is the largest deposit of asphalt in the world. It is located in Trinidad. The deposits are considered to be there from the Miocene period. The lake is 75 meters deep and still unexplored. The lake was located beside the village of La Brea and from there you can see the world’s largest natural deposit of asphalt. In total, three natural asphalt lakes exist, the other two are located in the La Brea Tar Pits in Los Angeles and Lake Guanoco in Venezuela, however, Pitch Lake is considered to be one of the most magnificent lakes in the world.

You can also watch: Natural Waterslide in Fiji

Sailing stones are also known as sliding rocks and rolling stones is a phenomenon where the rocks move and have made along tracks without any human and animal interruption. They are mostly seen in Death Valley of California. The force behind the movement of the stones is still not known. NASA scientist Ralph Lorenz told The Smithsonian Magazine that he conducts an experiment with the help of sand, a rock, and some water in a large Tupperware container that helped him and his team to understand how the stones “sail” at Racetrack Playa in Death Valley. The team has created a thin slab of ice covered sand in a freezer with a small rock sticking out of it and by By gently blowing on the ice, the rock is floated out of the mud, leaving a little trail in its wake.

Red tide is caused by microscopic algae that are a type of phytoplankton in the ocean. However, in Texas microscopic algae named KareniaBreviss often cause red tides and massive growth of this algae gives them a reddish colour and hence the name. According to several studies, Karenia brevis is always present in the oceans, however, in small numbers but they can form red tides when conditions are right. The red tides are mostly seen in late summer or early fall but they can last for days to months. Also, these tides can change shape with ocean tides, winds and currents.

It is a meteorological phenomenon which has been reported in many countries throughout the history. The animals that fall from the sky are fish, frogs, and birds. There are several reports which claim that worms and spiders have also fallen from the sky. The cause is still not known. There is one hypothesis that explains this phenomenon is that strong winds flowing through the oceans sometimes pick up creatures such as fish or frogs and can carry them for several miles but this phenomenon has never scientifically tested.

You can also watch: Soil liquefaction in Japan

Ice circle is also called an ice disc and ice pan. It is also a natural phenomenon that used to occur in slow moving waters. The climate also needs to be cold. It is mostly seen in North America. Some of the ice circles are solid enough to appear as a solid chunk of ice, however, many of them are fragile. Also, when the ice circle rotates it smoothly erodes the so-called “border ice and sometimes it can be exerienced that blade-like contact point that moves with the circle. Also, some of the ice circles are bowl shaped.

The phenomena are known by many different names like jack-o’-lantern, friar’s lantern, hinkypunk, and hobby lantern. These are small floating lights mostly seen over bogs. They are mostly observed in groups and that too with different Patterns. There is not an explanation about for this theory, however, it is believed that it may be because of spontaneous ignition of gases such as methane produced by the disintegration of dead plant or animal matter. Also, it can be because of phosphorescence and eerie lights have given the limelight to many many superstitions.

It is also known as a fire tornado or fire devil. It is one of the rarest phenomena in which fire forms a tornado. They can grow to enormous sizes. The phenomena start with a whirl of wind or smoke. It mainly occurs because of intense heat and turbulent wind conditions combine to form whirling eddies of air.

Ball lightning is an unexplained atmospheric electrical phenomenon. It is a kind of glowing sphere of electricity. It is a rare phenomenon in which lighting take the shape of the moving globe. It has been last for a minute. It is also still unexplained. Additionally known as Globe Lightning often accompanied by a hissing sound and distinct odour. It is mostly seen near the ground during thunderstorms and can last only for a few seconds. According to Atmospheric Maser Theory, it occurs because of the laser effect and Charged molecules of water present in the clouds.According to a Russian physicist and Nobel laureate Pyotr Kapitsa, it acts as a resonant microwave cavity.

Brinicle is also called the ice finger of death. It is mostly seen in the Polar Regions. Scientists say they occur when cold, dense and rapidly sinking brine contacts the warmer ocean. It freezes it and creating huge ice stalactites under the surface. The ice will descend until it hits the floor where it will freeze anything that will come in contact with it. It is not at all dangerous to humans but drivers need to take precautions to avoid hypothermia and other cold water injuries. The concentration of water in the Brinicle is lower than the seawater because water moves from high to low concentration and they can attract water.

These are the top 10 strangest natural phenomena on Planet Earth. So post your comments.