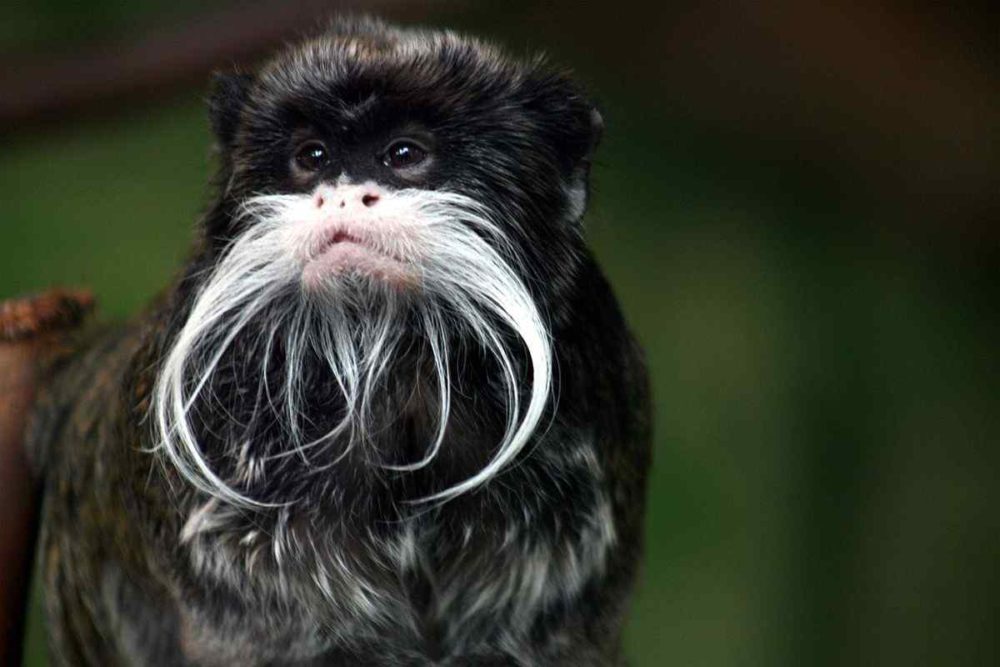 Our planet Earth is home to about 8.7 million animal species, living in air, water and on land. Some of these are extremely friendly, while some are terribly dangerous. But there is always something fascinating about them. Here is a list of ten unique animals; they stand out even after being in the same group. Here are the top 10 unique animals in the world,

Moloch Horridus, also named as Thorny dragon has got its name inspired from Milton’s ‘Paradise Lost’. With the spikes all over the body, they can easily scare away their predators. Well, that’s not the only unique thing about the Thorny Devil.

These creatures only feed on black ants and drink dew. They are quite a bit aggressive in nature and puff themselves when approached. What helps them the most during a fight is their false head. At the time of need, they squeeze in their real head between their forelegs, thus leaving behind the false head and creating an illusion. Another unique thing is the interesting fact that Thorny Dragon can change its colour too.

Dr. Arthur Anker was the man to discover this unique and scary looking moth in Venezuela. First discovered in 2009, there is still research work going on to add more to the findings. Yet, the weird-looking and unique insect has made it to the list of top ten unique animals. What draws everyone’s attention are the big, bulging black eyes, the black-brown antenna, and the furry white body. There is no Latin name to this insect because the scientists are still looking for more information.

Sila Nebouxii aka Blue-footed Bobby is one of the three boobies species found on Galapagos and have 70% of their population there. Their name refers to their clumsiness on land. However, Blue Footed Bobbies, can swim and fly excellently and dive more beautifully. The male boobies do a clumsy dance in order to attract females during the mating period. Sadly, the recent decade has seen a downfall n the population of this species.

Saiga Antelope is a goat-like small animal with a huge nose whose insides are complex. The nasal openings are lined with hairs, glands, and mucous tracts. The only other mammal to have a similar structure is a whale. According to the reports of National Geographic, this unique creature’s micro-trunk nose helps in communicating and choosing their partner. Saigas have heavy fur. Sadly, once a huge race, today Saiga Antelope is on the verge of extinction.

Markhor or Capra Falconeri is the largest in goat species and is the national animal of Pakistan. While they spend their summers in higher altitudes, winters are spent in the lower altitudes and their coat grows accordingly to adapt to the changes. What makes Markhor goats unique apart from their tanned fur and appearance, are the corkscrew horns. While males are huge and weight up to, 200 pounds, females are smaller in comparison. Mostly found in Asia, today Markhors come under endangered species.

9Os kids who once watched Doraemon cartoon are familiar with ‘Raccoon Cat’; however, Raccoon Dog is neither a raccoon nor a dog. These dogs were first found in the Pleistocene era, which dates back to millions of years. One of the many facts about the Raccoon dogs is the fact that they are the only canid that hibernates in winter. And to make them prepared for this, their body mass increases by 50 percent. Sadly, Raccoon dogs are largely slaughtered.

There are many names to Malayan Colugo. Call it Sunda flying lemur or Sunda Colugo, or Malayan flying colugo. Found in solitary or in small groups, Malayan Colugo doesn’t fly; rather they climb up the trees. They are excellent climbers. They feed on leaves, nuts, fruits, and etcetera. They are called flying lemurs due to the large gliding membrane, which helps them to glide on the trees.

One of the strange African animals found in the dense forest of the African rainforest, Okapi is a cud-chewing mammal belonging to the Giraffidae family. First discovered in 1901 by Sir Harry Hamilton Johnston, Okapi comes in the same family as a giraffe but looks nowhere like a zebra. It has a long tongue, shorter neck, and shorter legs, with horizontal stripes on his buttocks, thighs, foreleg, just like zebra. They are a shy and solitary animal. Herbivorous Okapis are almost 5 feet tall. Today, the species comes in the list of endangered species and needs protection.

The resemblance of the mammal to that of the German emperor Wilhelm II is the reason behind its name. The fascinating thing about them is their elongated mustache, reddish-orange tail and the fact that they mostly give birth to twins. These small mammals live in an extended family, which might consist of as many as 15 members. They are omnivores and feed on flowers, fruits, nectars, and other small animals. Emperor Tamarin is grey in color, with black hands and feet. This monkey species is found in dense forests but due to the reckless cutting of trees, today they are on the verge of extinction.

Native to Hungary, a cross bread of Hungarian breeds of pigs with European wild boar, Mangalitsa Pig is a domestic pig. Unlike other pigs, the hairy fleece of Mangalitsa makes it unique. The feed on pumpkins and potatoes. The pig sheep have a lot of fat content in their bodies, which makes the pork and sausage extremely tasty. The prolificacy of these species is quite low, and the newborns grow slower to that of modern species.

The list of unique animals is no-doubt big. But one unfortunate thing that is almost found in each one’s case is the fear of extinction. The loss of habitat, deforestation and barbaric poaching has been the leading factors for the cause. It is essential to realize this an put a stop on it, in order to save the species from meeting a terrible end. These are the unique animals in the world. Do post your comments.