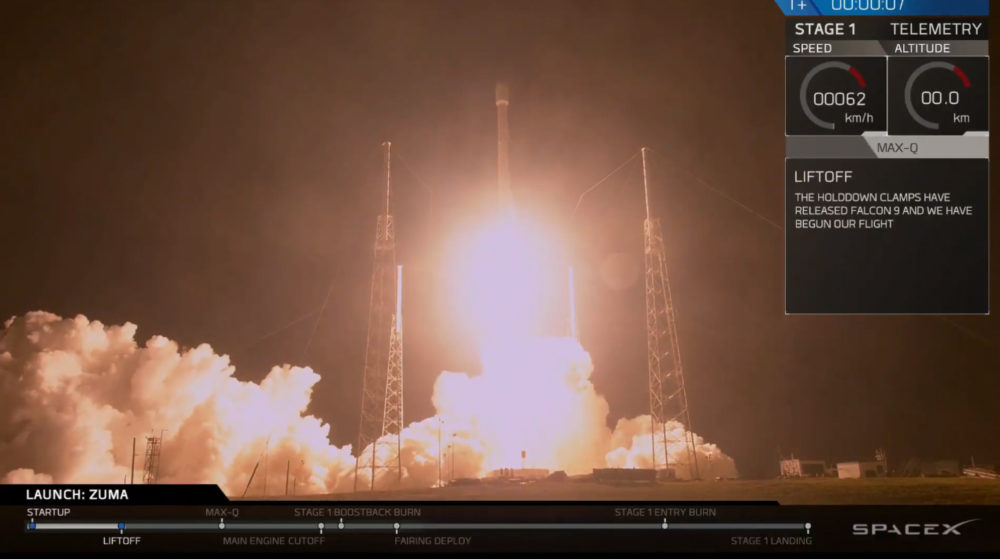 The US government secret mission satellite names “Zuma” has been launched from Cape Canaveral Sunday night atop a SpaceX Falcon 9 rocket. The Falcon 9 has been launched in two stages (2 minutes and 19 seconds), In the first stage began maneuvering its way back to terra firma for a touchdown at Landing Zone 1, a SpaceX facility at Cape Canaveral and the second stage continued to carry Zuma to its destination in the low Earth Orbit(LEO).

According to Elon Musk, founder and CEO, Space X, these landing efforts will slash the cost of spaceflight. The company is all set to develop fully reusable rockets and spacecraft. Till now, Space X has reflown 5 of its landed boosters and two of its uncrewed Dragon cargo capsules. The Falcon 9 lifted today is brand new under this section. 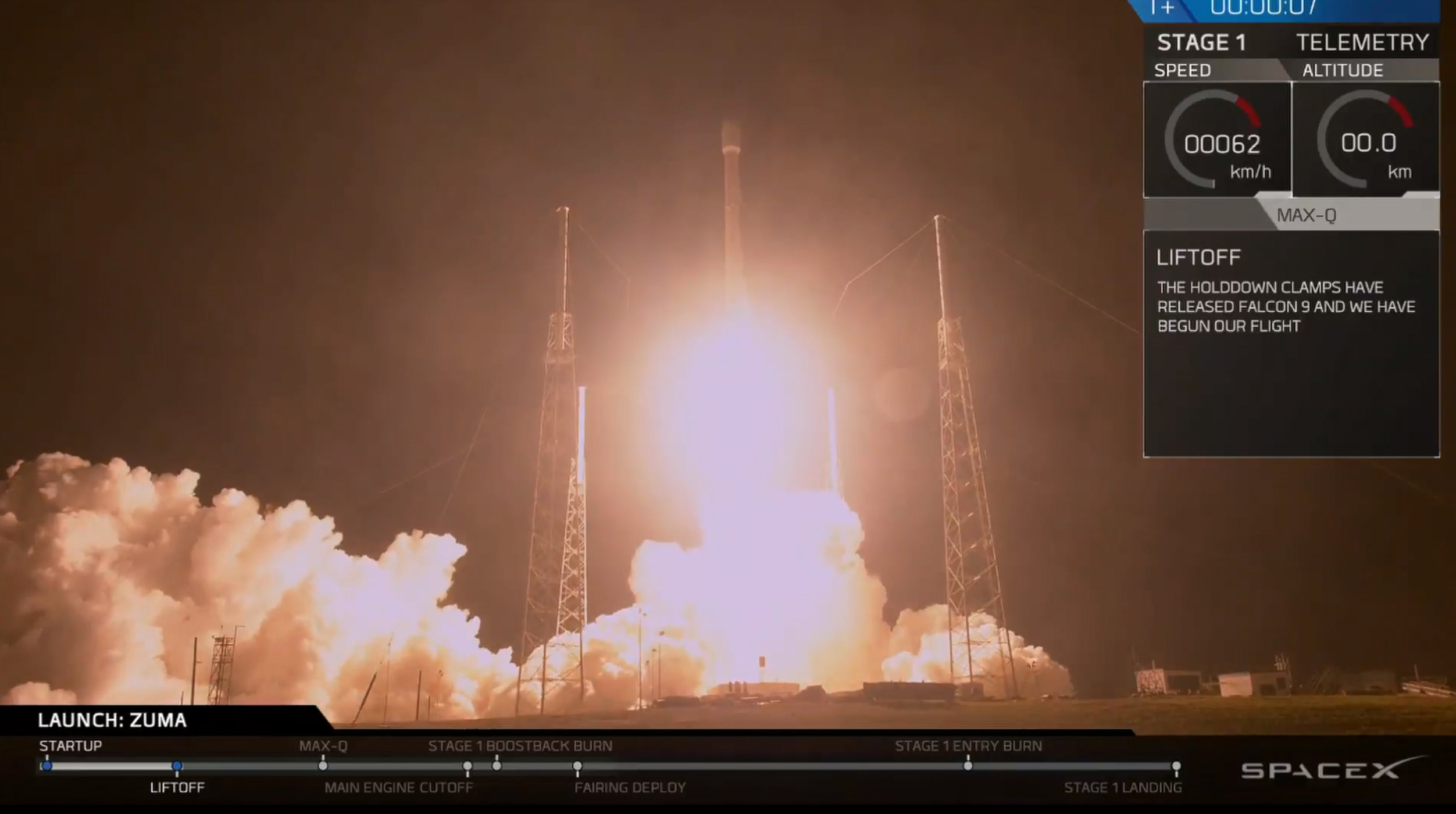 The real mission of Zuma is not clear, however, Northrop Grumman did reveal that Zuma is going to LEO but it is not giving us much information about the project. We also don’t know about the exact orbit of Zuma. If we consider, Zuma as a national security mission than this is the second mission of Space X. The first one was the National Reconnaissance Office in May 2017 and the Air Force’s robotic X-37B space plane this past September.

The launch of Zuma was scheduled in mid-November but Space X takes some time to study and test payloads.SpaceX also has two more satellite missions that could fly in late January: a Spanish Earth observation craft launching from California, and a European communications satellite from Cape Canavera.