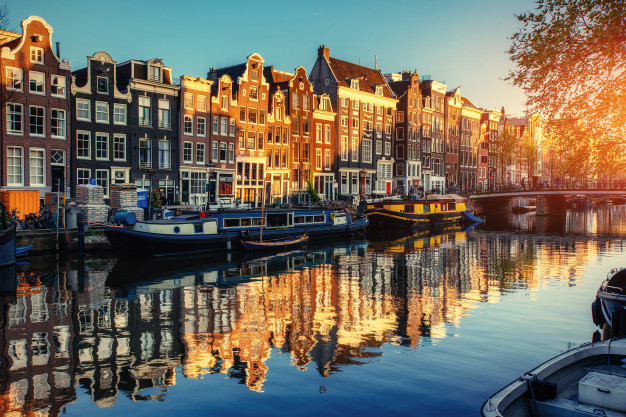 The capital city of the Netherlands is famous far and wide for its beauty, relaxed and welcoming way of life, and an abundance of things to do and try that would be illegal or heavily regulated anywhere else. This, combined with a long history and beautiful architecture, as well as the fact it is a cosmopolitan city, make it the perfect tourist destination to visit numerous times.

It is simply not enough to go there once or even twice because the city is so special and unique. Many who go there say that it is like an open museum due to the amazing buildings, bridges, and canals that will amaze you every step of the way. The most popular and visited sights are all conveniently located close to each other and offer a great chance for a historic trip in one of Europe’s greatest capitals.

If you are planning a trip to Amsterdam in the near future, you will want to know exactly what to visit in advance. Getting lost and exploring the streets is also a fun way to see hidden gems and just enjoy its uniqueness, but the historic sites are a must-see experience for every tourist. In the following section we will talk about the best historic sites to visit near and in Amsterdam. If you wish to find out more information about them, make sure to check out Amsterdamyeah.com. 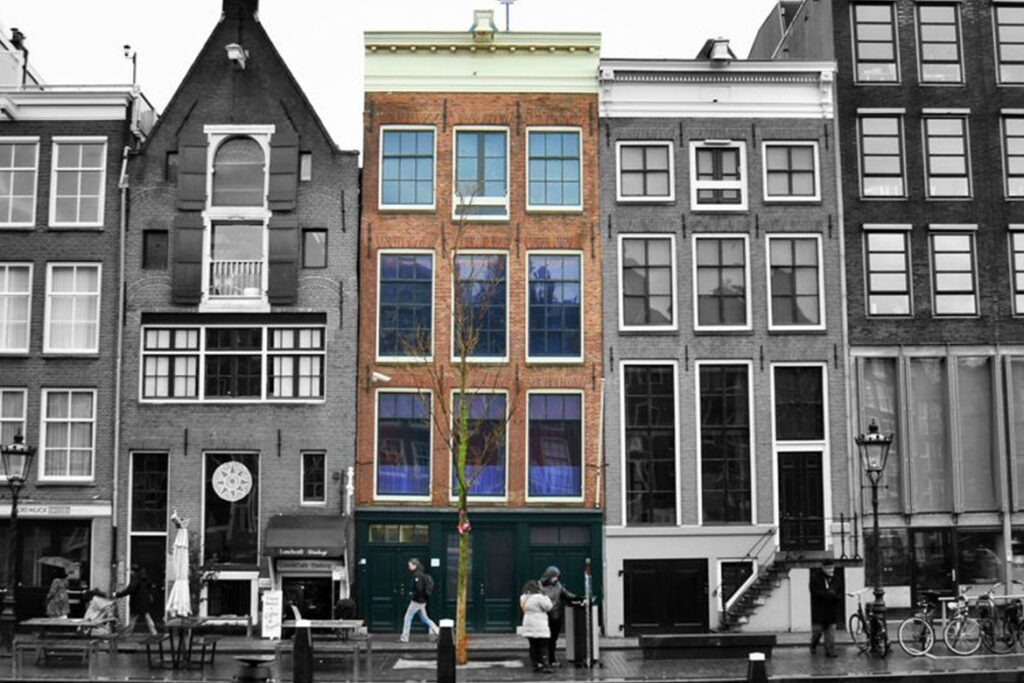 We have all heard about the famous diary that the girl by the name of Anne Frank kept while hiding from the Nazis during World War II. Thanks to her documented experiences this event is famous around the world and numerous generations have learned about the atrocities of the war from it. It is located in Jordaan and there is usually a que of people waiting to check it out during the day. All of the rooms in the house are exactly as they were back then, and you will feel like somebody teleported you 80 years in the past. The best time to visit it is at night, and the experience will be more impactful as you try to imagine the horrors and the presence of people who hid there.

The hundred-year-old theater is truly magical and breathtaking to check out and especially watch a movie in. It sports the famed Art Deco style and it is a true masterpiece of craftsmanship. It bears the name of a Jewish tailor who financed and envisioned the building and it has details like stained glass, exotic wooden pieces, murals, and handmade carpeting. It went through a gull restoration in 2002 after which it now enjoys a new glow. Movies are regularly shown so try to grab a few tickets while you are in Amsterdam. Without a doubt, this historic structure is the most beautiful theater building in Amsterdam, perhaps the entire country. 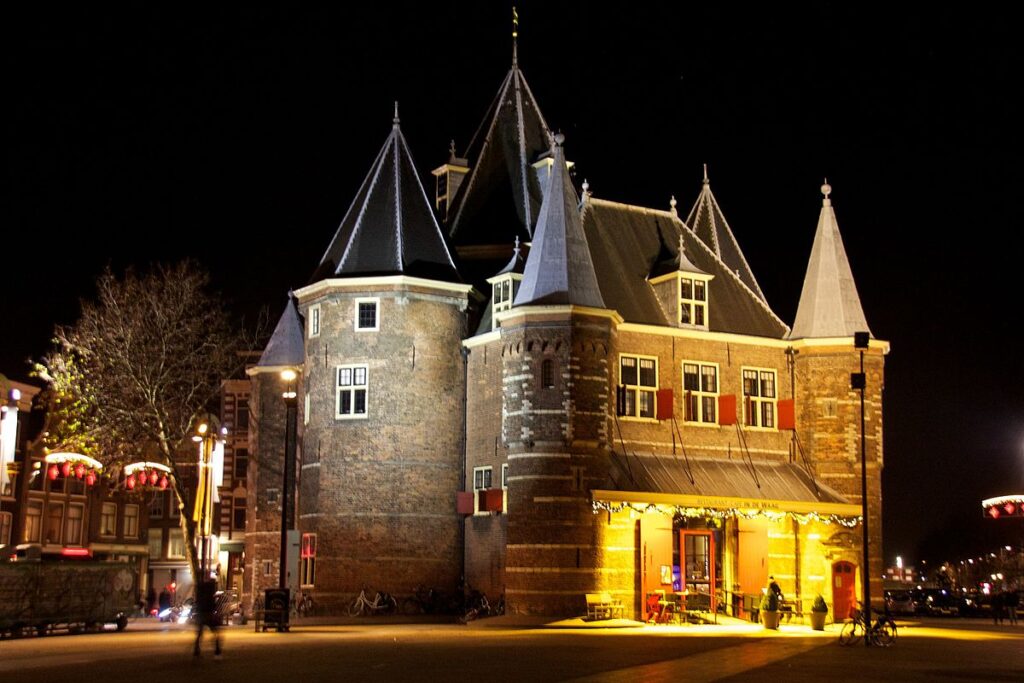 You will find this beautiful historic building on the Nieuwmarkt square in the capital. Throughout the centuries, this castle-like building served many purposes. It was first constructed in the 15th century to be the fortified gate and a part of the walls. Later, it became the weigh house that stored goods from overseas ships. Later, it was used as the guild house for the artisans and masters of professions. Then it was a museum, a fire station, and many other things. Considering how different all of these things are, it can be said that throughout its life it was one of the most important venues in the city. Now, in the modern day and age, it is a popular café and restaurant where exhibits also take place from time to time. 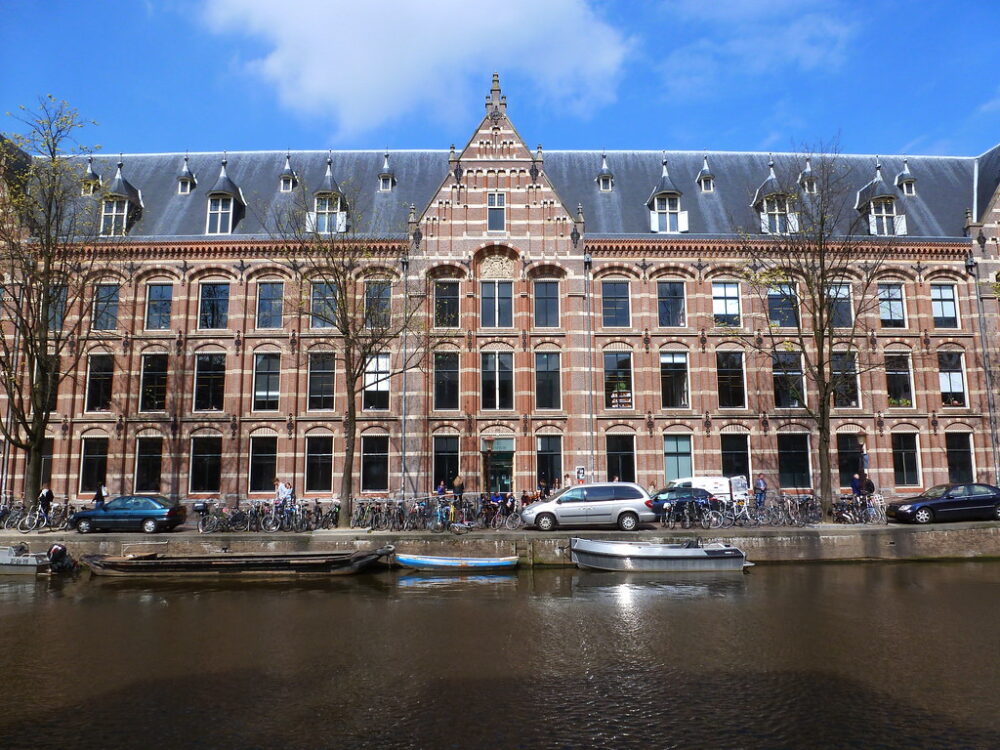 If you are a history buff, and chances are that you are exactly that given that you are reading this article, you will definitely want to see the former headquarters of the Dutch East India Company (Verenigde Oost-Indische Compagnie or VOC), one of the most powerful companies in the history of the world. It was established in 1602 and its main mission was to plan, establish, and protect the trade routes with Asia. The most important part of the building is the East India House where the boardrooms, warehouses, and administration offices were. The whole building is a living symbol of the company’s wealth, luxury, and class. Following the shutdown of the VOC in 1799, different offices of the government moved in. Now it is a national monument of immense value as well as the University of Amsterdam. The courtyard is a famous relaxation and rest area while the corridors are amazing wo walk through. The paintings and other art are always worth revisiting. 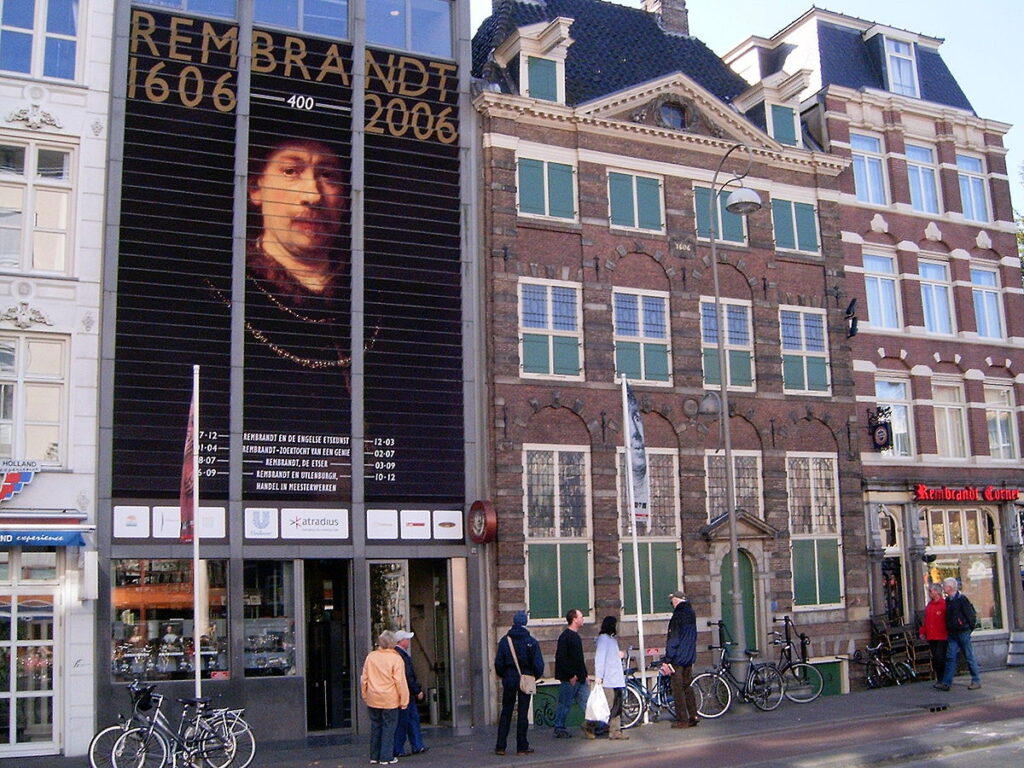 The legendary Dutch painter Rembrandt van Rijn is famous around the world for his art, and his home is among the most visited places in the city. It was his home but also his studio from 1639 to 1658. Some of his most famous paintings were painted within these walls. Currently, everything inside is made to look as close as possible to what he would have had centuries ago. Works by him, his teacher, his students, and other painters from that time are on display throughout the home, so if you are a fan of art this should be a no-brainer sightseeing experience. The house is open to visitors every day from 10 AM to 6 PM, and it is located in Jodenbreestraat street.

The aforementioned five locations are arguably the best historic things to see, but there are numerous other historic venues worth your time and money. Consider also checking out the historic gems of the city like the Museum Van Loon, Museum Willet-Holthuysen, Dam Square, and the Centraal Station. Both museums are rich in all sorts of historical pieces, treasures, art, and city history. Dam Square is the most popular and bustling square in the city where the Royal Palace, the National Monument, and the Madame Tusssauds Museum are located. Finally, the Amsterdam Centraal Station is the main transportation hub of the capital and a very beautiful building to see in person. You can catch trains, trams, buses, metros, ferries, and taxis from here.