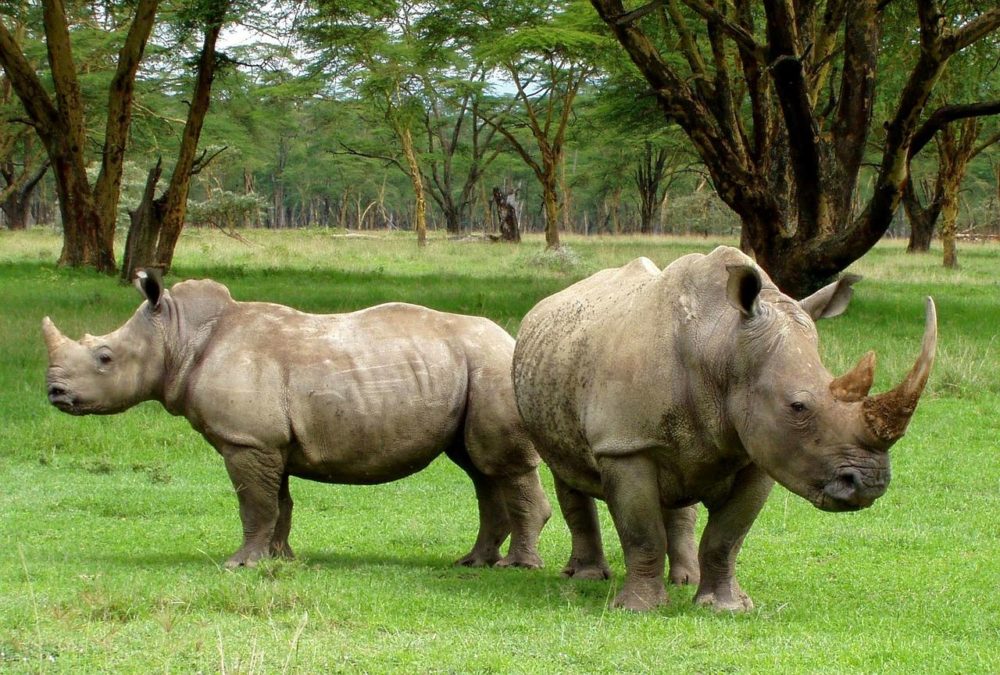 Rhinoceros Habitat: WHERE DOES THE Rhinoceros LIVE?

The species were mostly seen in the parts of Africa and Asia, however, the habitat varies from the savannas to dense forests in tropical and subtropical regions. Most of the black and white rhinos are seen in Africa that too primarily in the southern and eastern countries. The
Sumatran Rhino saw in Indonesia and Malaysia, However, the Javan rhino was seen in a number of Asian countries but today they are only seen in Indonesia and Vietnam. Likewise, Indian Rhino was previously found in most of the subcontinent but today they are only seen in a small section of India and Nepal.

Rhinoceros are herbivorous and their diet includes grasses, shoots, leaves, fruits, berries, and buds. The animal species can be grazers means they can either seen eating from the ground or they are browsers where they can be seen eating from bushes, shrubs, and trees, however, different species has different style of eating, For example, black rhinos have long and pointed lips for browsing on foliage but the white Rhinos has broad and flat lips for eating.

Rhinoceros can grow up to 6 feet in height and 11 feet in length. The species has grey skin, however, sometimes it depends on the soil conditions where they live and graze. The skin is totally wrinkled without any hair on it. Also, the skin at the shoulders can be as much as 1.5 inches thick. The most unique feature is their horns and names come from it “rhinoceros” which means “nose horn.”

Rhinoceros are solitary animals, however, both males and females establish territories. They use their horns not only to establish their territories it also to defend themselves from potential predators, such as lions, tigers, and sometimes hyenas. The animal’s species is considered very aggressive but they have poor eye-sight but have very good hearing and a keen sense of smell.

While fighting for mating, both males and females fight and can cause serious injuries to each other with their horns. However, after mating, the pair separates. A single baby is known as “calf” and it is born after the pregnancy of 14 to 18 months. The calf began to eat after a few days only when they are born but they need mother milk at least for a year before leaving her completely after 3 years. Females species can produce one calf in every 2-5 years.

During the mating season, Rhinoceros can join females for up to 20 days. During the starting, they keep a distance with the female species until she comes to full oestrus and then waits for him to appraoch.

The group of Rhinos is known as a crash, However, the pregnancy lasts between 14 and 18 months where mother takes good care of her baby. The young baby known as calf will leave his mother 2-4 years after it is born.

Rhino can reach up to 6 feet in height and can be 11 feet in length with weight up to 6000 pounds and hence one of the heaviest animals in the world. Though the species has a large body the brain is quite small.

THREATS TO THE Rhinoceros

The main threat to the animal species is poaching because of those horns which are used in traditional Chinese medicine in China, Vietnam and other parts of East Asia. Also, in recent years, poaching has been increased to 200-300 or more per year in South Africa alone which is 30 times more than the poaching levels seen in the 1990s. The government agencies need to bring law and help to conserve Rhinoceros which is declining at a steady rate and If not conserved all species of Rhinos will be extinct in the coming years. Also, habitat loss is an important factor in the declining population.

Also Read: Read and See Photo Of The Last Male Northern White Rhino. Wake Up Call for all of Us!

These are some of the Rhinoceros facts. Do post your comments.