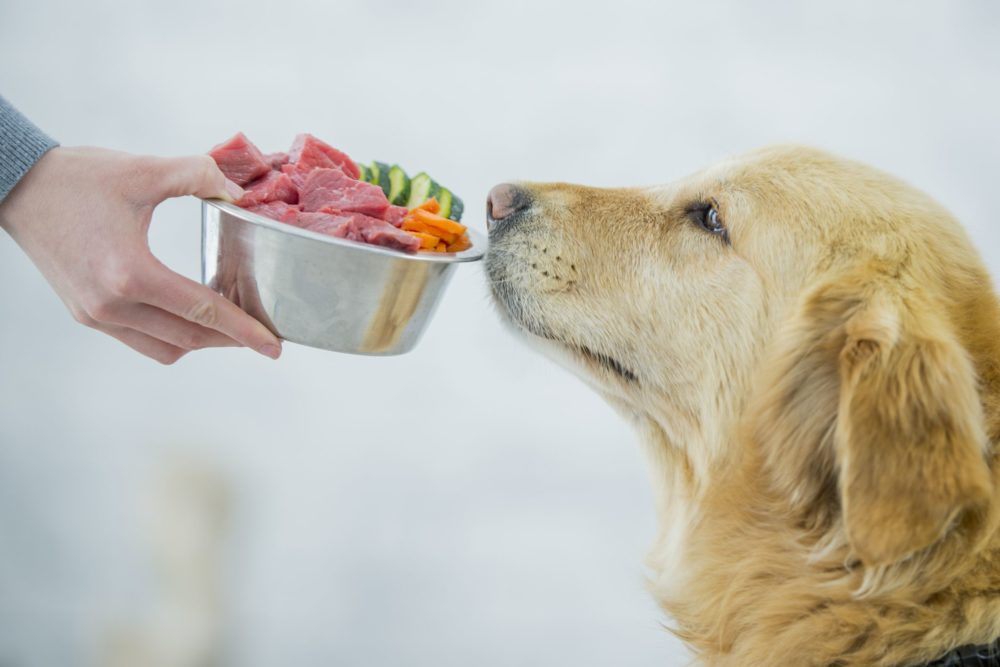 A raw diet for dogs is one of those hotly debated topics in the world of pet lovers and there are both staunch supporters as well as vocal opponents of the trend.

While some argue that the pet food industry which for long has not been very vocal about the origin of its ingredients, is no safer and that raw foods are more nutritious, others opine that the risks of going raw far outweigh the benefits.

As a pet parent, this only adds to the confusion.

Should you consider switching from a well-established dog food routine to one that possibly contains raw meat and veggies?

Here’s what you need to know.

How the raw diet trend originated

Raw diet for dogs was originally used by sled dogs which had very little access to cooked food, let alone readymade food. But it was in 1993 that an Aussie veterinarian by the name of Ian Billinghurst proposed a raw diet for household pets that mainly contained Bones and Raw Food. The diet came to be known as the BARF diet, an acronym that can also suggest Biologically Appropriate Raw Food.

The idea was to change the diet of the pet into something that they were genetically inclined to eat.

But it was met with immediate refusal from the pet community at large. Some found the idea of feeding raw food to their pets gross and others were concerned about the potential risks.

Chicken bones for example, can not only injure the pet but can also be potentially fatal for a dog who cannot chew through it.

Also, the risk of bacterial contamination from meat looms large over a raw diet that contains meat.

Since then, a lot has changed. The world has become more aware of the potential hazards of synthetic preservatives. Also, some clinical studies have not painted a very rosy picture of readymade pet foods either. How about roadkill in that attractive and seemingly healthy dog food?

The raw diet for dogs has become more popular and the trend is fast catching on.

Pet food manufacturers have caught on to the bandwagon too and on the offer are a variety of raw pet foods that are freeze-dried and packed for use. The obvious advantage is that you do not have to go shopping for each ingredient. These raw foods usually contain vegetables and meat in precise proportions that will meet the nutritional requirements of your pet.

Also, they are made palatable to tingle your pet’s taste buds.

Are they nutritious enough?

Supporters of the raw food trend swear that the diet can completely transform your pet’s life. Some of the claims that are made include healthy bones, teeth, better skin, shiny coats, more energy and less digestive problems.

One of the biggest risks of going the raw food way is that it may just not be nutritious enough for your pet.

At this point in time, all that we can say is that it is a decision that you must make after consulting your vet. While there are chances that it may help your dog, there is a very real possibility that it may not be so beneficial after all. Be informed and make the right decision.