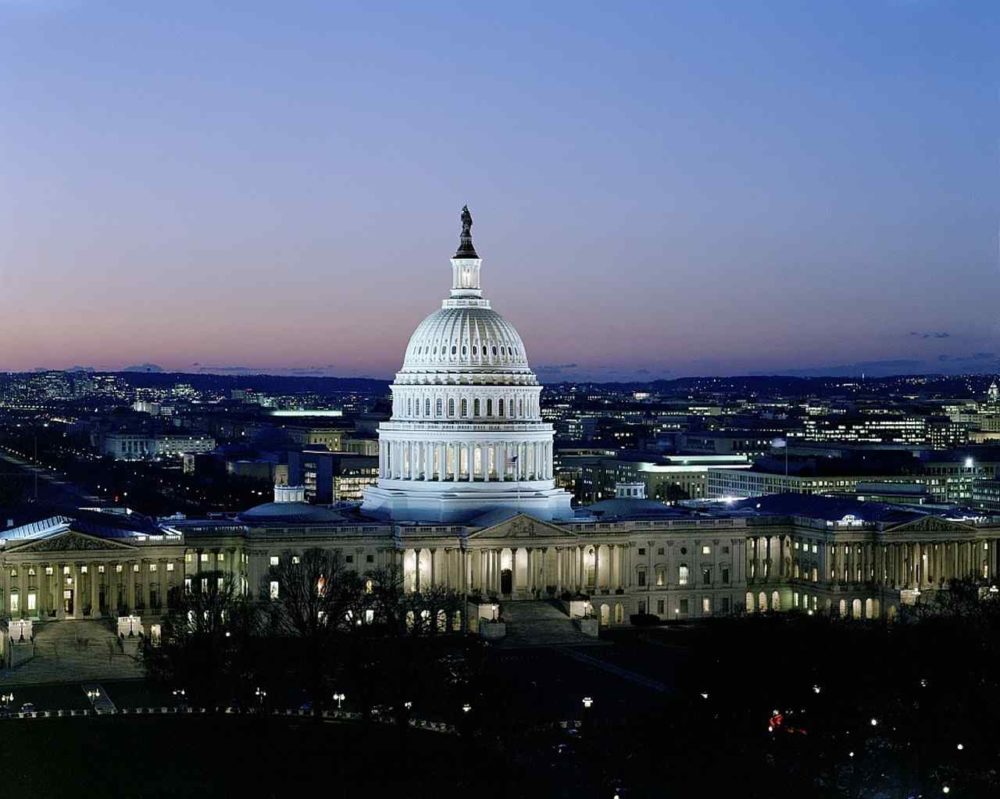 Encompassing more than 50 states in a vast swath of North America, U.S is one of the most popular countries in the world featuring many splendorous places to visit including Alaska and Hawaii extending the nation’s presence into the Pacific Ocean. The U.S is, in fact, a tourist giant that attracts nearly 50 million visitors every year. Also, U.S. encompasses major Atlantic Coast cities such as New York which is a global financial and cultural centre. Moreover, the metropolis Chicago is known for influential architecture and Los Angeles’ is famed for Hollywood filmmaking. Here are the 10 most popular us states,

California is located in the western parts of U.S and stretches from the Mexican border along the Pacific for nearly 900 miles. This majestic U.S state is famed for its pristine beaches, evergreen forest, the Sierra Nevada Mountains, Central Valley farmland and the Mojave Desert. It is one of the most popular and most visited states in America that hosts a large number of places for visitors including the Golden Gate Bridge, Alcatraz Island and much more.

California’s Mount Whitney measures as the highest peak in the lower 48 states and the most famous climb is Mount Whitney Trail to the 14,495 feet summit. The state raises maximum turkeys among all the states in the USA. The state was originally known as the Grizzly Bear State, later, when the state boomed and a population of the bear decreased it became famous as the Golden State. California is the only state that’s hosted both the Summer and Winter Olympics.

Florida, the south-east U.S. state is bordered by the Atlantic on one side and the Gulf of Mexico on the other. This beautiful U.S. state is a great destination for tourists as it features hundreds of beaches, restaurants, shopping centres, bars and much more. One of its most popular places is the majestic city of Miami which is known for its notable arts scene, its lovely nightlife. Moreover, the Orlando is famed for theme parks, most famous being the Walt Disney World.

Florida is 8th most densely populated of the United States and attained its statehood on March 3, 1845, being the 27th state to join the union of the United States of America. Additionally, known as “The Sunshine State” has 67 counties with capital Tallahassee. The peninsula state is almost surrounded by water on all sides and just two states create a border with Florida, they are Georgia and Alabama. A state is a group of about 1,700 tiny islands and one of the most famous tourist attractions in the world.

The U.S. State of Michigan borders 4 of the Great Lakes. It is one of the most visited and most popular places in America that attracts nearly 20 million visitors every year. Michigan encompasses nearly 11,000 inland lakes, spread across its lower and upper peninsulas. Also, the name, Michigan, has been originated from the Ojibwe word mishigamaa, meaning “large water” or “large lake”. The state has the longest freshwater coastline in the world, which is bounded by four of the five Great Lakes, and also the Lake Saint Clair that makes it is one of the leading U.S. states for recreational boating.

Additionally known as Wolverine State or Great Lakes State is famous for its the Great Lakes, Automobile Plants and Kellog Cereal. The motto of the state is Si quaeris peninsulam amoenam circumspice (If you seek a pleasant peninsula, look around you). It attains its statehood on January 26, 1837, with capital Lansing. The state has approximately 40 ski resorts and more than 4,000 miles of snowmobile trails. 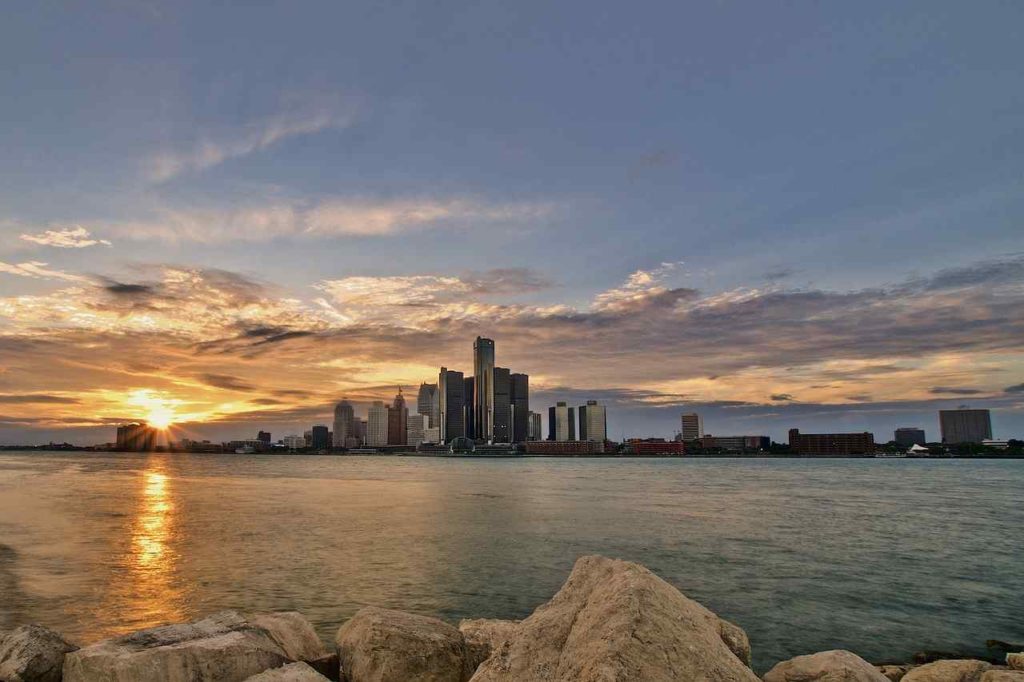 Texas, located in the southern parts of U.S. is one the largest states in America that host Mojave deserts, pine forest and the Rio Grande, a river that forms its border with Mexico. Texas is a great place for visitors as they can find numerous attractions the most famous being the Museum of Fine Arts which encompasses works by well-known Impressionist and Renaissance painters and much more. Texas is, in fact, a tourist giant that attracts visitors from each and every corner of the world.

Texas was declared as the 28th state of the U.S. on 29 December 1845, however, it was an independent nation from 1836 to 1845. The most unique fact is that except Texas, all other States entered the United States by territorial annexation. The state has approximately 10 billion barrels of oil in its reserves which is about 30% of the U.S. reserves. The most popular and famous Texan was Sam Houston who was the first president and first governor of Texas. The only bad scenario about the state is that it emits greenhouse gasses than any other state in the United States because of the emissions produced during petroleum refining and chemical manufacturing. 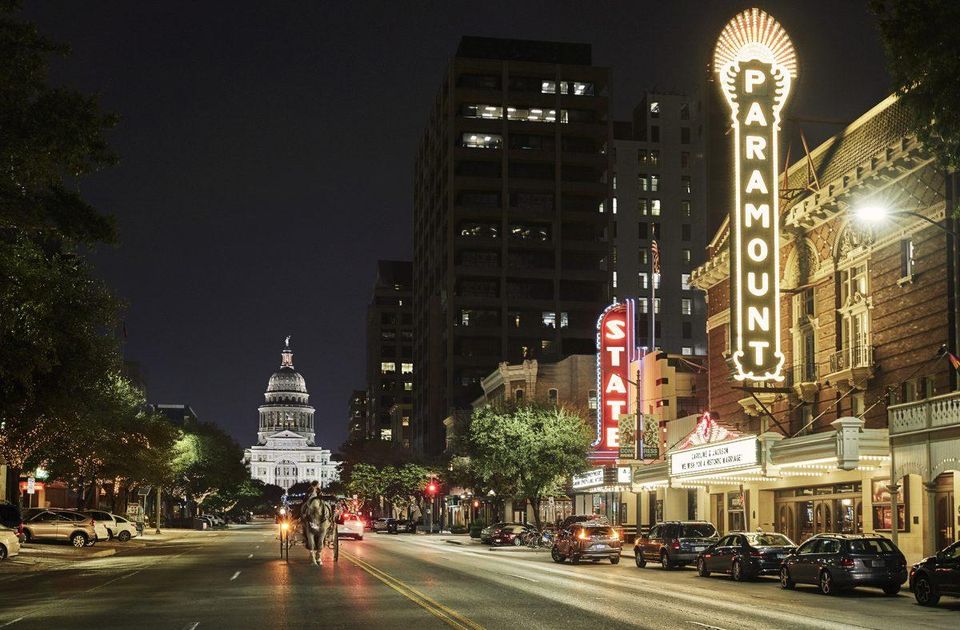 One of the most amazing states of United States, Washington is a state in the Pacific Northwest of America. Washington is one of the wealthiest and most y progressively liberal states in the country. Ranging from the snow-capped Cascade Mountains to forested islands Washington has a large number of things to offer to the visitors to make their trip really a delightful one. It also encompasses thriving industries, vibrant nightlife, shopping centres, restaurants, bars, famed coffee houses and much more. Its famous landmarks include the futuristic Space Needle, century-old Pike Place Market and Seattle Aquarium. 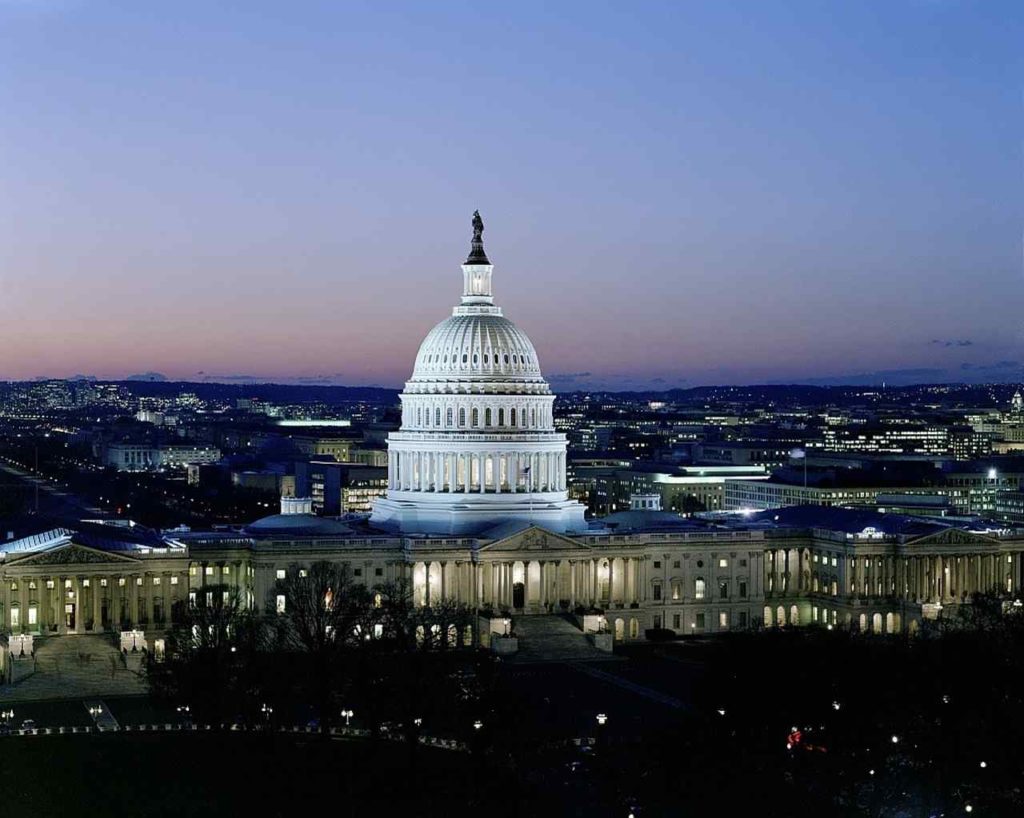 Hawaii is a volcanic archipelago located in the Central Pacific region of America. It is renowned all over the world for its rugged-cliffed landscapes, waterfalls, pristine beaches, forest and much more. Hawaii is the most recent state to join the United States. Also, it is the only U.S. state located outside North America, and the only one composed entirely of islands. However, it is a spot for tourists that hosts millions of visitors every year because of its popular culture, lovely nightlife, and marvellous beach experiences.

The common term used for the state is Hawaii’s big island because it is growing for more than 42 acres each year because of Kilauea volcano. The volcano is constantly erupting since last 30 years which is one of the impressive for of nature. This is the only USA state that grows coffee, vanilla beans and cacao commercially. Both the highest and lowest recorded temperature has been recorded on the big island. The highest being the 100 degrees Fahrenheit occurred on April 27, 1931, and the lowest being the 12 degrees Fahrenheit occurred on May 17, 1979, near to the Mauna Kea’s summit. 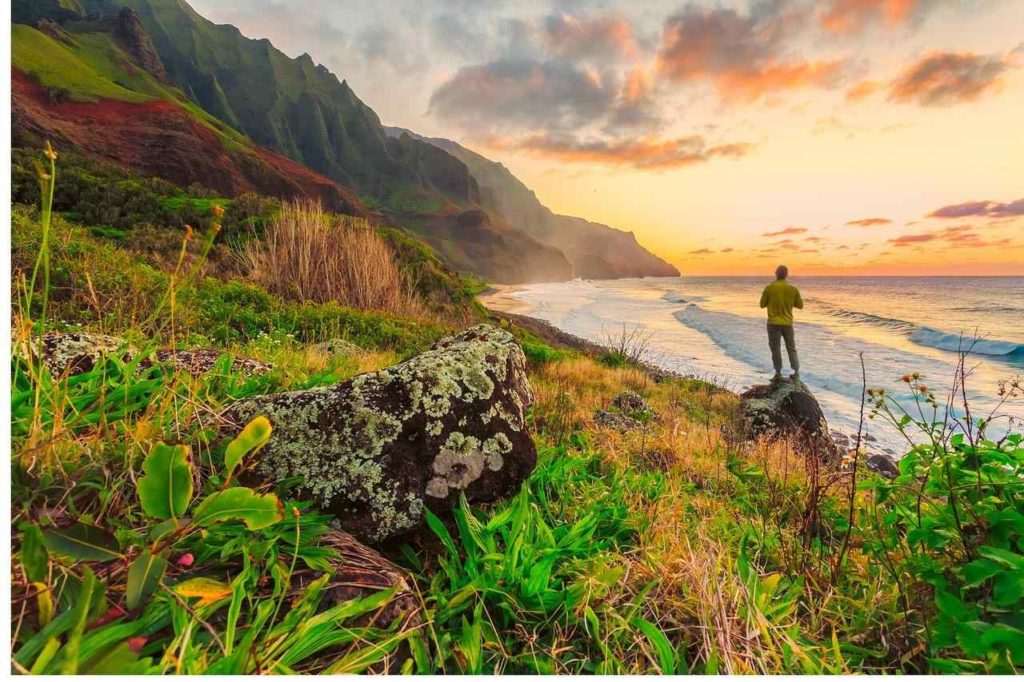 The U.S. State of Colorado has a diverse landscape of arid desert, canyons and the snow-capped Rocky Mountains that makes it really a fantastic destination. Also, the capital city of Colorado features a vibrant downtown area. However, Colorada is the 8th largest state in the U.S in terms of geographical area covered and also the 21st most populous U.S. state.

The 8th larges state in the United States in terms of total area with 269,837 square kilometres and bordered by Wyoming to the north, Kansas to the east, Nebraska to the northeast, Oklahoma to the southeast, Utah to the west, New Mexico to the south and Arizona to the southwest at around four corners. The capital of the state is Denver which is also the most populous city of Colorado. Because of its location in the Rocky Mountains, the average elevation in Colorado is approximately 2,076 feet or 6,811 feet which are highest in the United States of America. 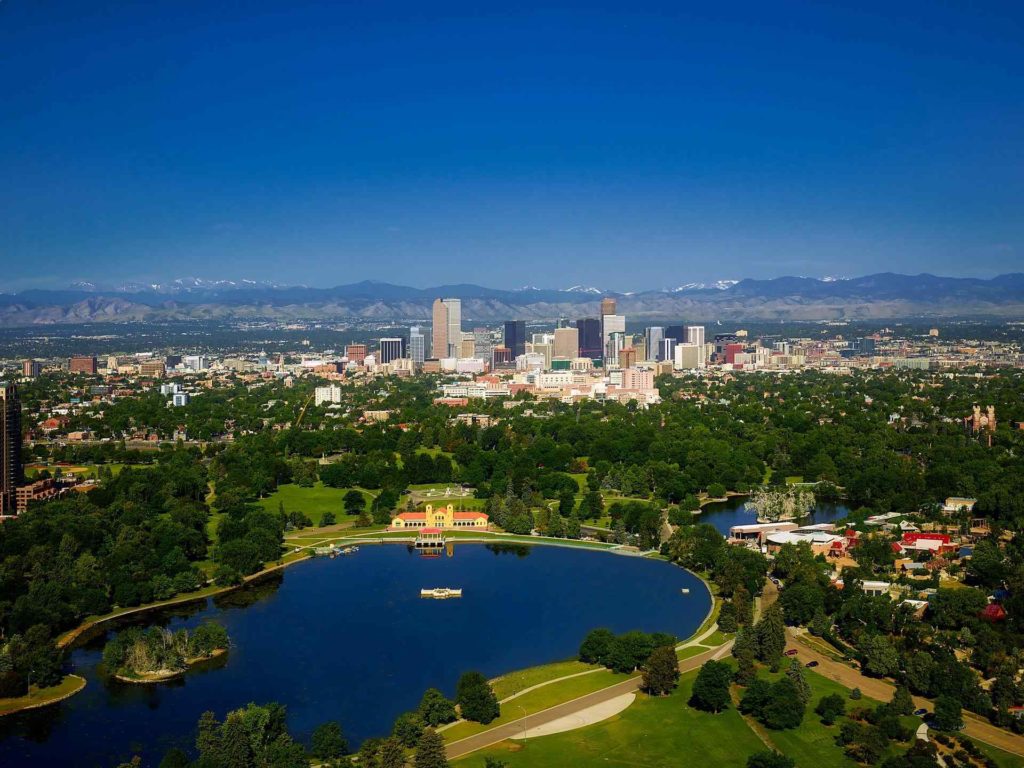 The U.S. State of Virginia stretches from the Chesapeake Bay to the Appalachian Mountains, with a long Atlantic coastline. Virginia is famed for its gorgeous valleys, scenery, excellent art, music, rolling hills and much more that attracts visitors from each and every corner of the world. Apart from this, this beautiful U.S. state also encompasses ocean, mountains, countryside and urban centres to provide ultimate relief to visitors.

The state is located midway between the New York and Florida and considered as a gateway to the South. It is also sometimes classified in the Mid-Atlantic region. The whole Western Virginia is mountainous covered by Allegheny and Blue Ridge mountains with the great Shenandoah Valley falling between the ranges. The state is famous for Arlington Military Cemetary, Presidential homes, Chesapeake Bay Bridge-Tunnel and Chincoteague Ponies. 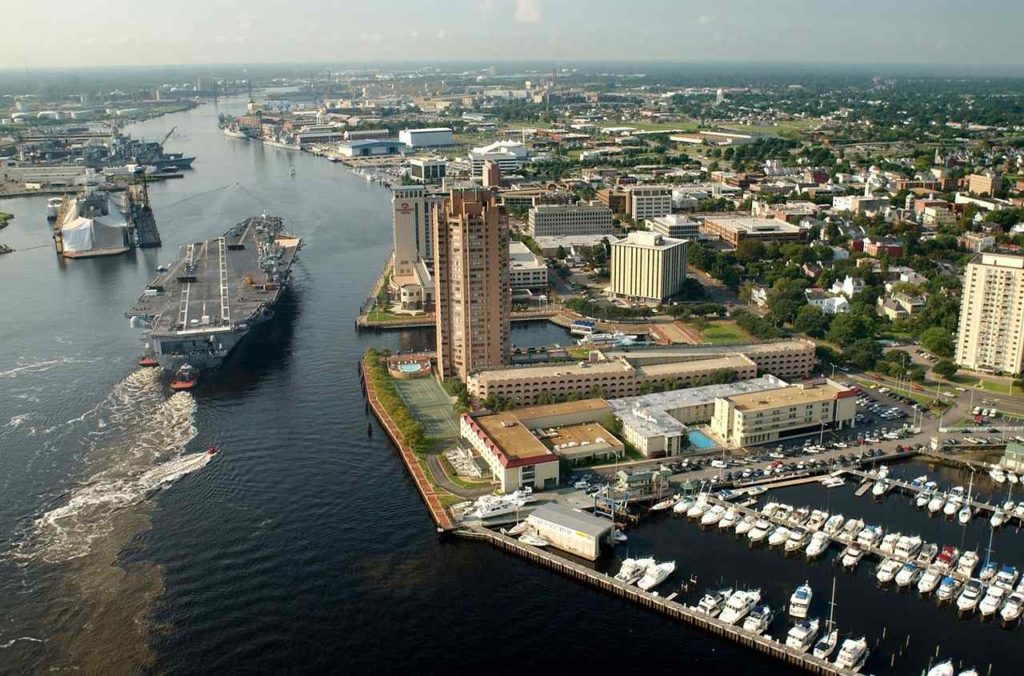 One of the the most popular us states, North Carolina, located in the southeastern parts of U.S. has a varied range of landscapes ranging from Atlantic Ocean beaches to the Appalachian Mountains. Also, it encompasses an endless variety of facilities and amenities for the visitors including outdoor activities of hiking and mountain climbing, along with a taste of Appalachian music and culture in the Blue Ridge and Smoky mountains to make it one of the most popular states in the United States. 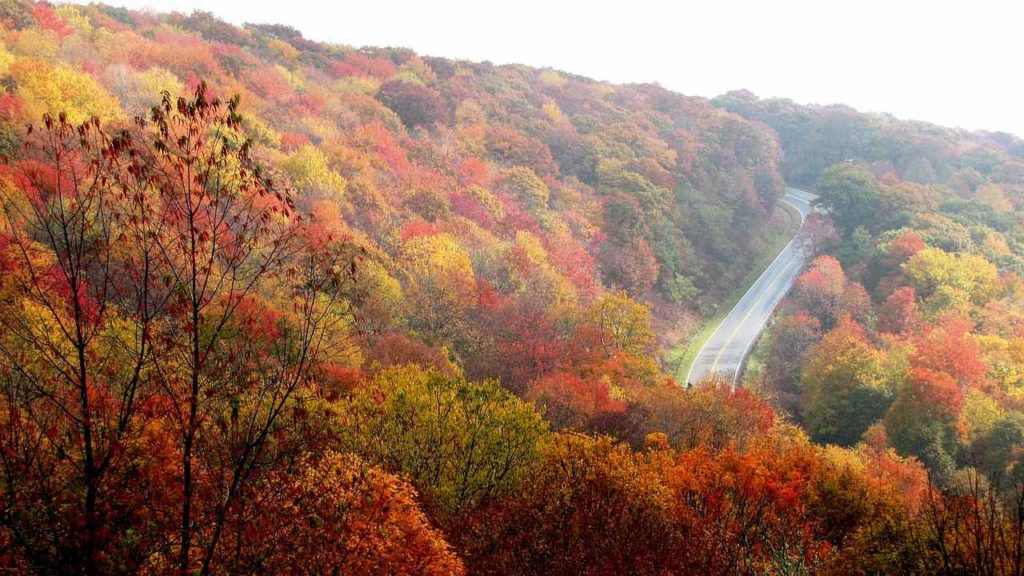 Arizona, most popularly known as the Grand Canyon State, is located in the Southwestern parts of America. Being one of the most popular states of America, Arizona is home to a variety of terrains, climates and cultural influences that provide the best experience to the visitors. Also, it is one of the Four Corners states of America which is best known for the Grand Canyon, a mile-deep chasm carved by the Colorado River.

The 6th largest state in the United States with an area of 295,234 square kilometres. The capital of the state is Phoenix which is the fifth most populous city nationwide. The state is bordered by Nevada in the northwest, Utah in the north, New Mexico in the east, Mexico in the south, and California in the west. It is famous for its desert landscape and highly varied topography. Approximately, half of the state is covered by high mountains and plateaus. 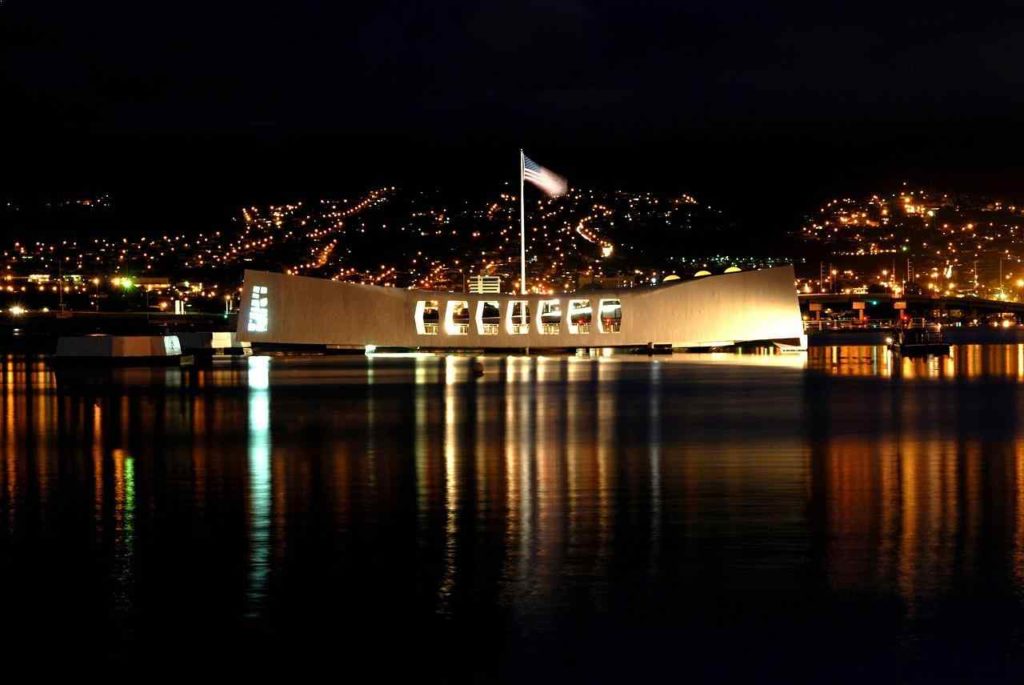 These are the most popular us states. Do post your comments.