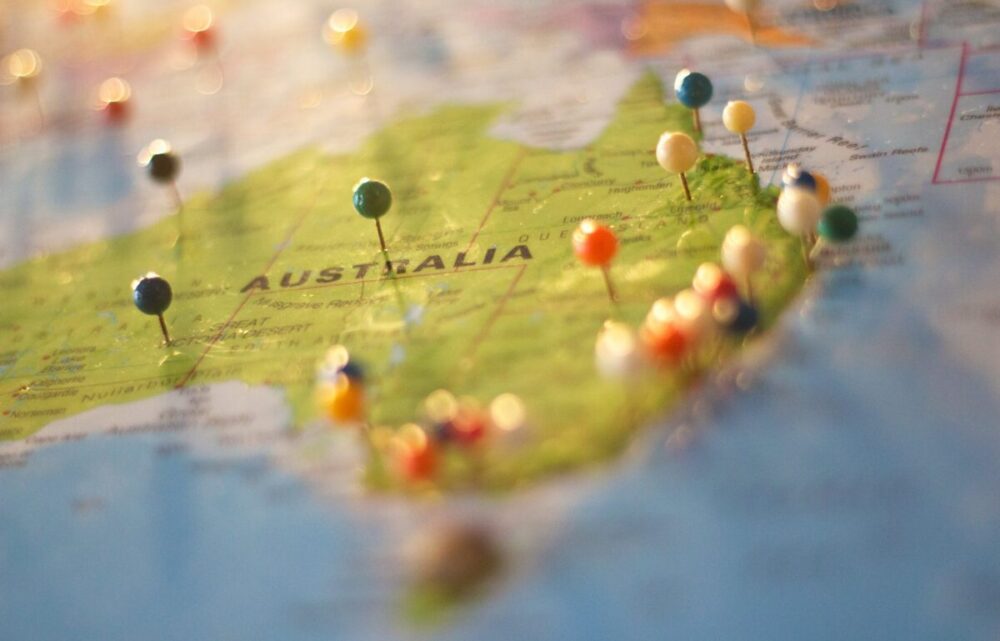 Although considered far away from just about any other part of the world, the Land Down Under is among the most popular travel destinations. Famous in all sections of the globe, from Asia and Europe, over Africa and to the Americas, the smallest continent and country of Australia has tons of beauty. In this article, we will go over seven of Australia’s best places and cities to visit. If you wish to learn more about this beautiful land, click here.

Perth is the capital city of Western Australia and a very isolated place from the rest of the country. However, it is widely considered to be one of the most livable cities in the entire world because of its famous laidback atmosphere, friendly vibes, fantastic cultural sites, and a plethora of things to see and do.
Many of the attractions are close to the water, from beaches on the Sunset Coast to the north, to the parks, walking areas, and picnic spots along the Swan River. The main part of the city is called Fremantle. It is a busy marina that is also a haven for all sorts of artists and students. Several miles north of the port is Cottesloe Beach, the most popular beach in the city.

Next, Perth is the home of one of the largest city parks in the world, Kings Park, which stretches on 1,000 acres. Mount Eliza, a hill with stunning views of the city, is located in the park. When you get to the park, make sure to also visit the botanical garden, the State War Memorial park, and the Perth Zoo. Ferry service in Perth is available for Rottnest Island and Penguin Island tours.

Another great city of Australia and a popular tourist destination, Brisbane is an extremely lively and dynamic area always covered in tons of sunshine. About 2 million people live in Brisbane, which makes it the third-largest in the country, right after Sydney and Melbourne. It is located in Sunshine State where many excited visitors stop to rest or explore on their way to resorts and beaches both north and south of the city.

Sitting on the Brisbane River, the fantastic climate of the city allows for constant outdoor activities. They are very popular in the city, especially in swimming, hiking, biking, and climbing. Like every other place in Australia, Brisbane is a fun and friendly city and its residents are welcoming and enthusiastic. The vibrant music scene of this place makes it one of the music capitals of the world. Dozens of venues in town are there if you wish to catch an amazing show, and loads of brilliant restaurants and bars, also wineries – read more. 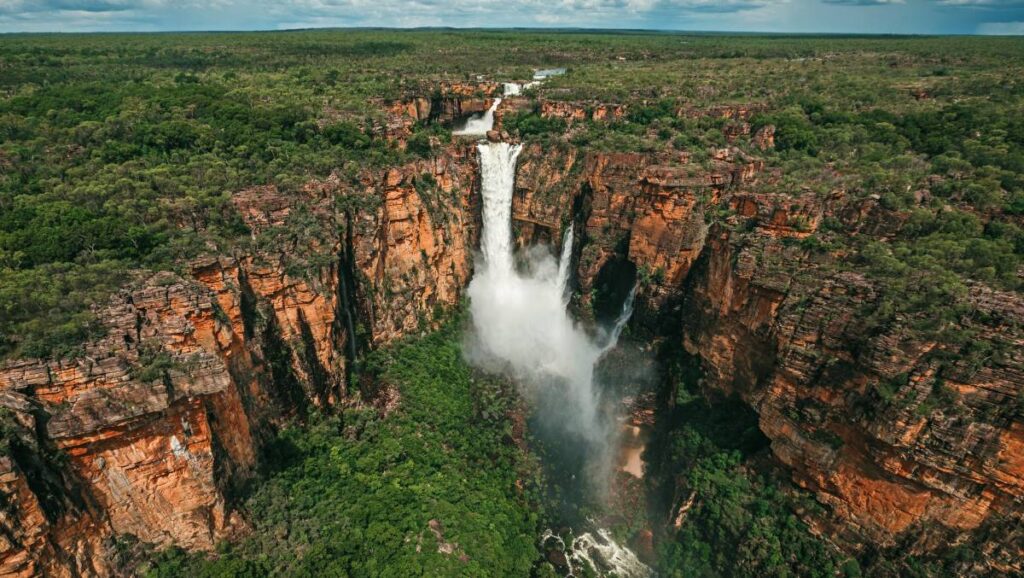 The indigenous Aboriginal people have been living here for more than 40,000 years, making Kakadu National Park one of the great historical places in the world. It has over five thousand ancient rock art sites, each one more fascinating to visit than the last. Kakadu is an important place of immense cultural value and natural significance. It is enormous and it houses stunning natural sights that make it worthy of your visit.

Furthermore, its diverse ecosystems allow for magnificent hiking experiences through deserted sandstone escarpments and bathing in waterfalls and pools the next. If you are a history buff, there are different places where you can learn about the history of Kakadu, and Australia. 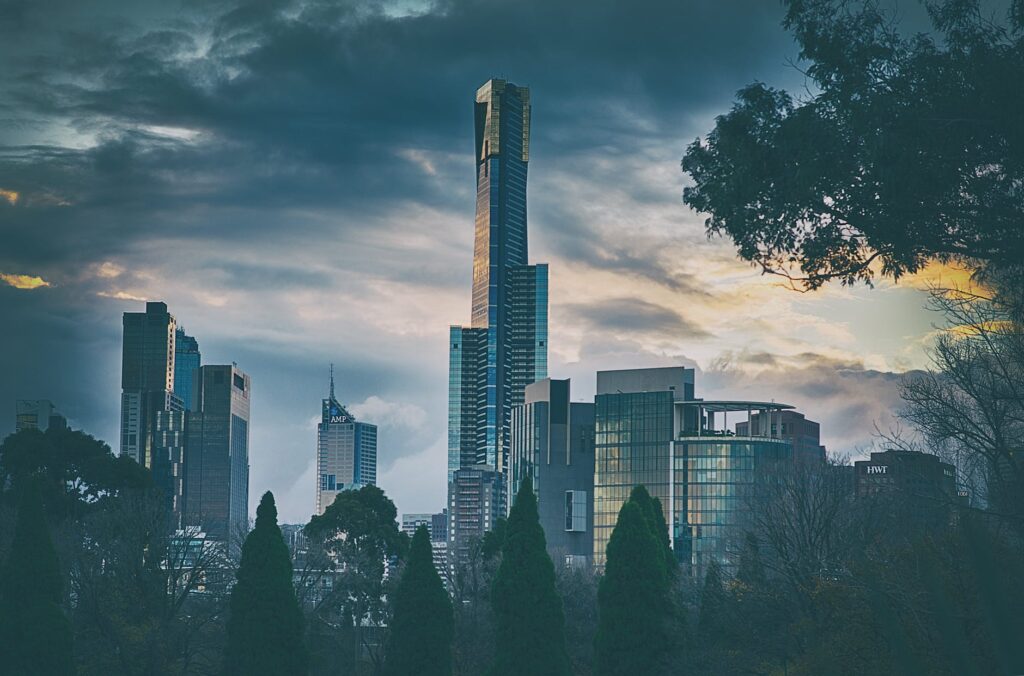 The famous city of Melbourne is the capital of the state of Victoria and the second most populated city in the country. It sits near the southeastern tip of Australia, located on the large natural bay. Close by is Port Phillip, the largest port in Melbourne. This metropolitan city is considered to be the cultural capital of Australia, and due to the high quality of life, citizens from far corners of the world rush to its streets. The vast multiculturalism reflects itself in the diverse and delicious cuisine and unique neighborhoods.

The City Center district is the home of most of the city’s attractions, including the Flinders Street Railway Station with multiple clocks hanging over the famous entrance. The Eureka Tower skyscraper features an observation platform on the 88th floor, which is the highest of its kind in the entire southern hemisphere. Views of the bay and the green Dandenong mountains are spectacular from this popular spot. Visit the Carlton district if you wish to explore the largest museum in the southern hemisphere, the Melbourne Museum, showcasing the rich social history of the country.

Parks covered in shade from large trees are perfect for activities, while the bayside beaches are among the best in the country. Brighton Beach and St. Kilda Beach are the two most popular.

The Great Barrier Reef is by far the largest coral reef system on the planet. It is located in the Coral Sea off the coast of Queensland, and it encompasses an area of over 2,900 coral reefs. Hundreds of islands and cays are also present in this vast territory. Millions of incredibly diverse living organisms over millions of years have been finding their home here, making the contemporary Reef one of the most diverse and complex ecosystems ever.

Today, the Great Barrier Reef Marine Park protects the Reef. Since it is the home of over 1,500 fish and 360 coral species, as well as a various whale, dolphin, turtle, snake, and bird species, it is crucial to protect it from those who might mean it harm.

Boat cruises are the best way to explore and get familiar with everything the Reef has to offer. Along the northern coast of Queensland, you will find the best cruise options. Cairns is the main town to start touring the Reef, but Townsville, Port Douglas, Mission Beach, Yeppoon, and Cooktown are also great.

The world-famous Uluru rock formation is arguably the biggest and most recognizable symbol of Australia. The unique ruddy red hue of the rock is the most prominent landmark on the continent. The immense rock is an incredible and unforgettable place to see, and the main reason tourists flock to the national park. The grandeur and uniqueness it possesses stay with those who see it forever.

Apart from Uluru, other rock formations of Kata Tjuta are fantastic to explore on their own too. Various activities in the surrounding areas are another way to spend your days in the park.

The Anangu Aboriginal people own the area, and it is the site of great cultural and spiritual significance for the indigenous tribe. The amazing cultural center located nearby will teach you all you need to know about them and their connection to the land. Once you are ready to explore, walks, bike rides and tours will be waiting for you.

Last but certainly not least, we have one of the most popular and famous capitals in the world, the extraordinary and awe-inspiring Sydney. The picture-perfect multicultural metropolis is the home of over 5.3 million people. It is a very modern place with a long tradition and history, defined by the scenic harbor and the Sydney Opera House, the symbol of the whole country and continent.

The natives have inhabited the region along the banks for thousands of years, while the first convicts started arriving during the 1780s. Today, thousands of ferries take visitors for cruises around the banks of the bay and under the Sydney Harbor Bridge. Those who feel adventurous can visit Manly Wharf and rent kayaks, or go to the Sydney Harbor National Park.

The Federation Cliff Walk is a famous tourist activity, stretching for 5 kilometers from the Raleigh Reserve Park, offering views of the sea and the harbor, as well as the Macquarie Lighthouse, the first and longest working lighthouse in Australia.

The beaches are the absolute best in the country. The most popular include Bondi Beach, Manly, and Coogee. For in-city tours, visit the Sydney Opera House, Queen Victoria Building, Rocks district, and Taronga Zoo. All of these are must-see places that will stay with you for years.