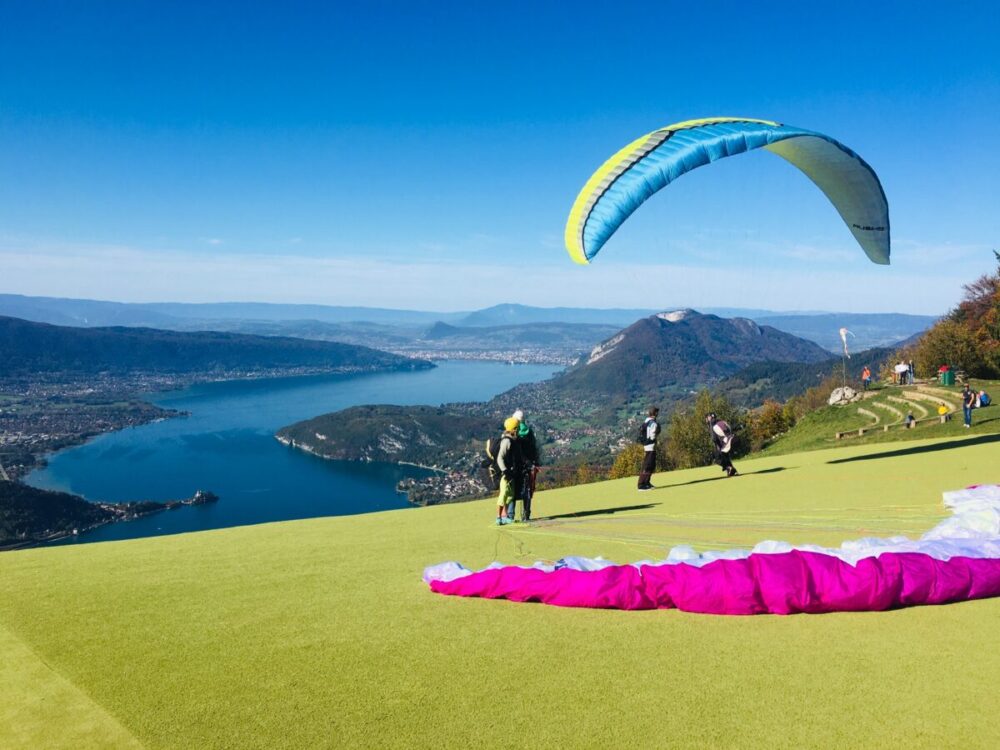 Humans have always loved the open air. For the last century, many devices and means have been made to give people the ability to fly temporarily. Or at least be in the sky for a longer period than before. Paragliding is one of the easiest ways humans have achieved that.

Paragliding is a recreational activity and also an incredibly exciting competitive sport. Like a mix of parachuting and hang gliding, this sport entails gliding through the air with a parachute called a wing. These rides could go on for about an hour or more depending on how long you want them to and how high you are in the sky.

In France, there are a lot of magnificent places to go paragliding. Many mountains and cliffs make it a great destination for this sport both recreationally and competitively. So, if you have your gear and you have completed your training, you should grab your stuff, and visit one of the best places in France to go Paragliding on your next vacation.

Best Spots for Paragliders in France 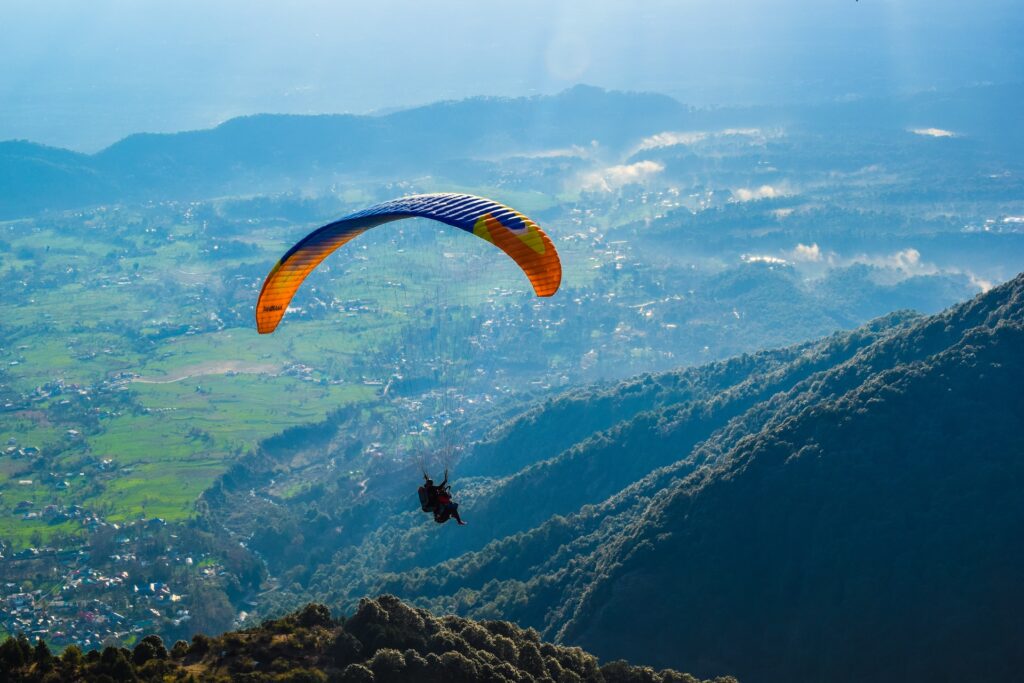 There are over 800 FFVL approved spots for paragliding. Below are 10 of the best spots in France.

Chamonix Mont-Blanc or just Chamonix rises to an elevation of over 4000 meters. With its snow-covered tops and many ski resorts, there is little wonder why it is called the “white mountain”. With breathtaking sceneries, in the Alps of France, Chamonix is the best place to start your paragliding story. Many paragliding schools in the area provide mentorships and Tandem flights for new or inexperienced people who want to experience this sport. Visit paragliding-chamonix.com for more information.

Also known as Europe’s cleanest lake, to fly over this lake which is north-west of the Alps mountain range is a dream come true. The valley of the Annecy river is a lush mix of vegetation and human existence. Whether you’re a novice or someone with experience, Annecy lake is a great place to paraglide for recreational purposes. 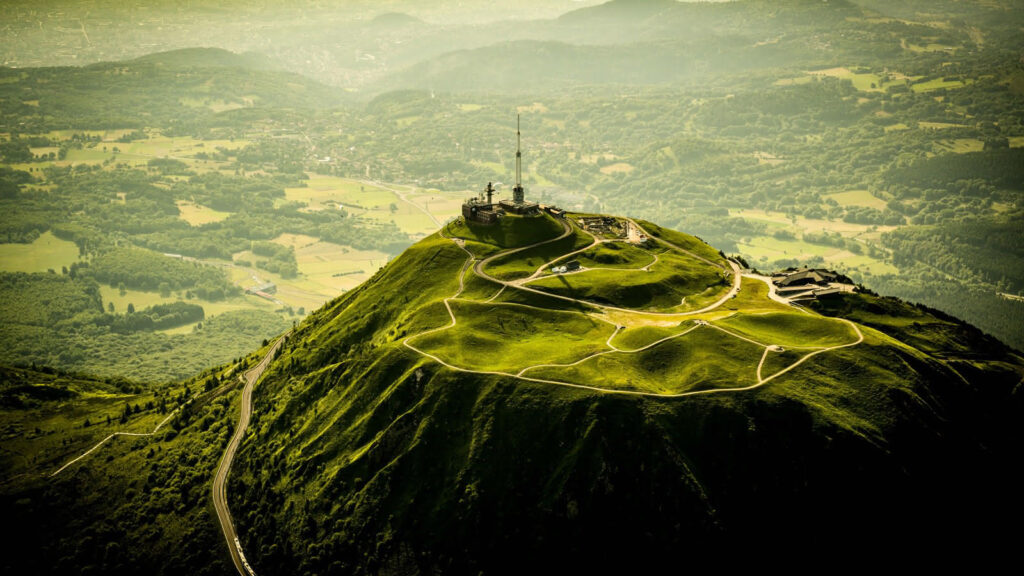 At 1,465 meters, the Puy de dôme is another one of France’s best paragliding launch spots. Being in the chaîne de puys, the place is full of peaks and about 80 volcanoes. By using the train or using one of its different mountain trails, you can get to the top of the Puy de dôme. From there it is smooth gliding down. When an instructor tags along for the tandem flight, you can be sure of having a great time with minimal risks.

To soar in the air like a bird over the sands of Europe leaves a long-term thrill in the minds of anyone who is willing to do it. Located west of France on the silver bay close to the cities Arcachon and Bordeaux, the Dune du Pilat is recognized as the highest dunes in Europe. Dune du Pilat offers a glorious spot to paraglide and see the world as a bird would.

Omaha beach in northern France is deep in history. Paragliding in this region is not only entertaining but also educational. Located at Normandie, Omaha beach was one of many used by allied forces in WWII. Now a resort, the Omaha beach is a thrilling place to go paragliding for people with high levels of expertise. Also, from this spot, you can glide over to other towns within the area. 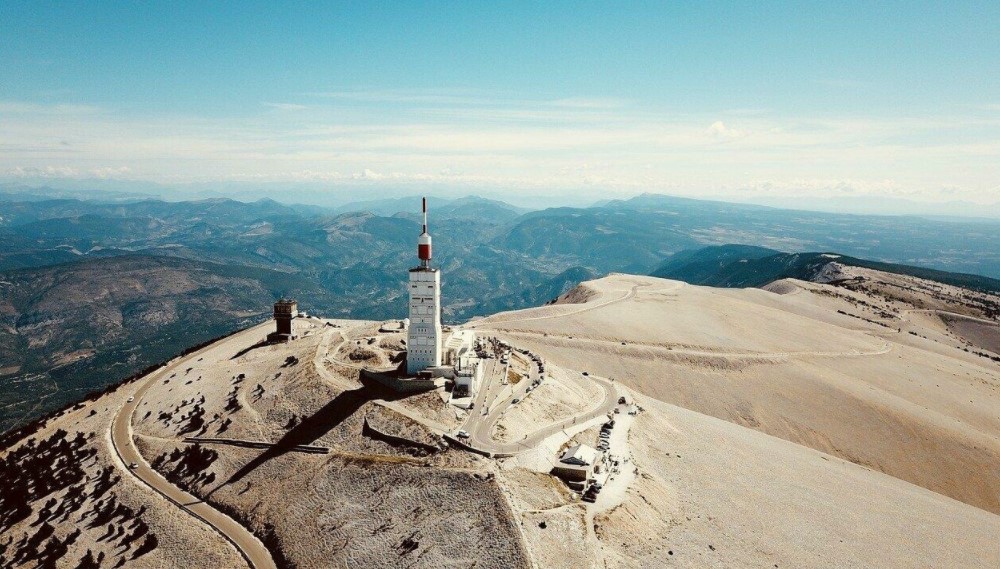 The Ventoux mountain is another great spot to go gliding. Located in the Vaucluse, it serves as a great way to see Provence and the Sault valley. With the assistance of an instructor, a tandem flight will see you going off into the valley below and into the surrounding scenery. It is also the venue of multiple competitions and home to many paragliding academies.

The Vosges are a group of middle-level mountains in the northeast of France. This Massif is home to some of the nicest paragliding spots. Some of them are Grand Ballon (which is the highest at 1,424 meters), le Treh, The Midnight rock, Gustiberg, Drumont, and others like it. It gives a decent go-to spot for people who just want to paraglide for fun.

This place is truly a marvel. Boasting 300 days of sunshine and clear weather it is one of the best places to go paragliding. The Saint André Les Alpes is a mountain range with powerful thermals, it is a great location for cross country paragliding. Much like other entries on the list, it is also a very nice recreational spot for other aerial-based activities such as hang gliding and windsurfing. 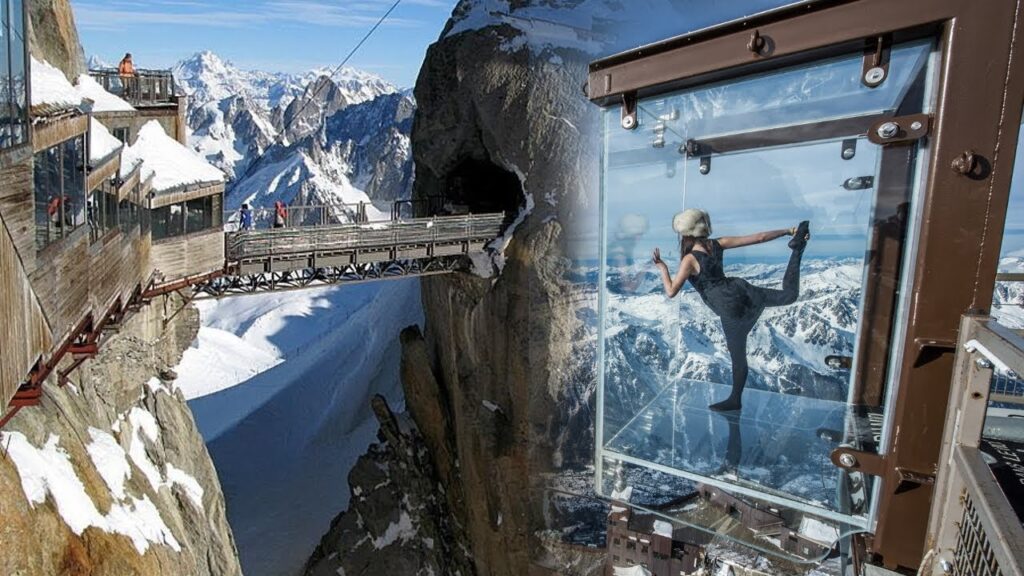 With an altitude of 3700 meters, the Aiguille du Midi paragliding spots have mainly two spots, which are the northern and the southern spots. To get to the launch spots, you may have to get through the Aiguille du Midi mountain trails and that would require a little mountaineering. Irrespective of the point you choose to take off from, you will still have the time of your life. The northern spot is an intimidating front but with an instructor, it will not be any trouble for you.

The towns of St Hilaire and the surrounding towns have been merged into one now called the Plateau des Petites Roches. This combination of towns serves as the launch spot for a lot of paragliders who might as well call this place home. The altitude is 2,062 meters. The landing zone below in the valley of Gresivaudan is in the town of Lupin. Every year there are competitions in the area which has led to a growth in economy and love for the sport.

Paragliding is still relatively new but has gained enough international recognition. People all over the world and most Europeans have come to love this extreme sport. In a nation like France, paragliding is dominating other aerial sports. The more experienced paragliders partake in competitions while the inexperienced ones can still have fun with a tandem flight. Whatever category you belong to, always remember to proceed with caution.