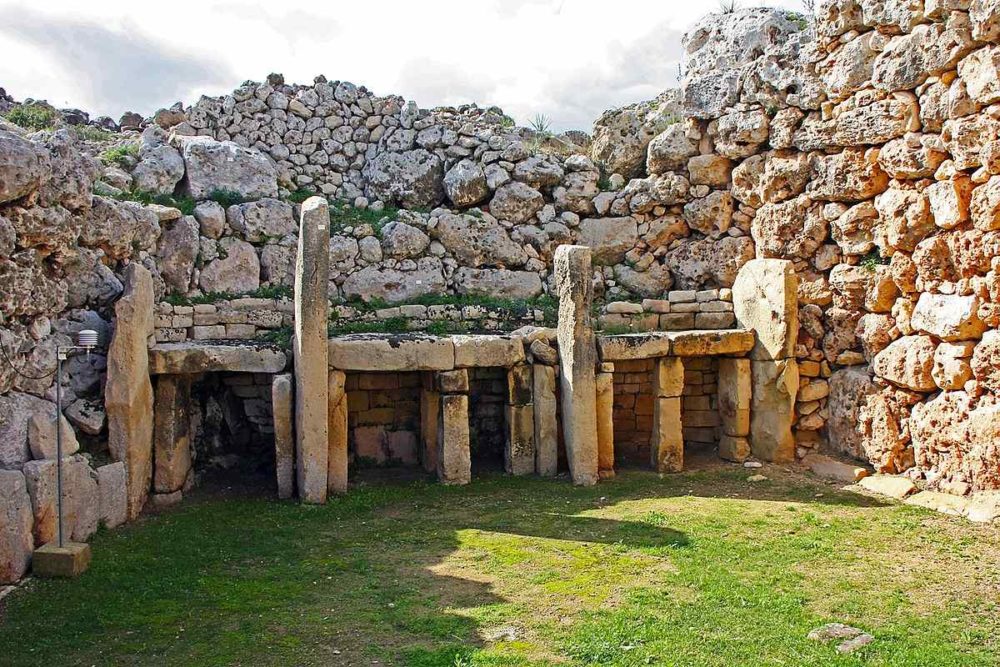 Architecture has for long been one of the favourite pursuits of human beings. Over the years, those in power have built great structures to commemorate their rule, their ancestors and as a reminder of the glory of that period. Many of these structures still stand today and are examples of remarkable feats of engineering and architecture since they were built using primitive tools and technologies that were far ahead of their time. This is a list of the oldest buildings which are still free-standing structures that exist in the world today.

Also known as the Necropolis of Bougon, this group of five mounds is a burial ground that was built in 4800 BC in present-day France. They were rediscovered in 1840 and have spiked the interest of archaeologists and anthropologists since then. They are currently being studied and have been named alphabetically for the purpose of identification. To preserve this ancient monument, the site and surrounding land has been acquired by the government and is being carefully studied.

This mound located in Jersey, Great Britain, is the oldest man-made structure in the country and one of the oldest buildings in the world. It was built around 6000 years back and is one of the finest examples of passage graves. Today the site has a medieval chapel built near the ancient mound, a watch post and bunker built during the Second World War and a museum open to tourists and visitors. The original structure was built in the Neolithic era and aligns perfectly with the equinox. 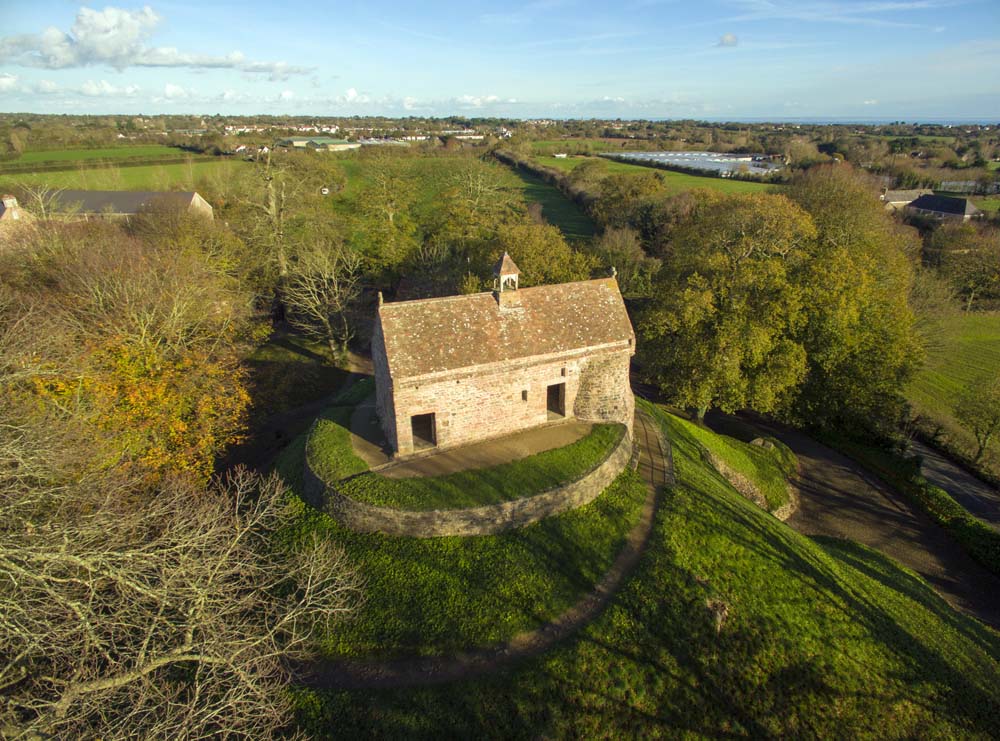 This site of three distinct but connected temples is located in Malta and is one of the oldest and most well-preserved temples in the country. It was declared as a UNESCO World Heritage Site in 1980 and since then extensive conservation and restoration have been done. The beautifully carved stone slabs have been moved into a museum to preserve them better and replaced by plain slabs at the actual site. These temples are believed to have been built around 3100 BC. 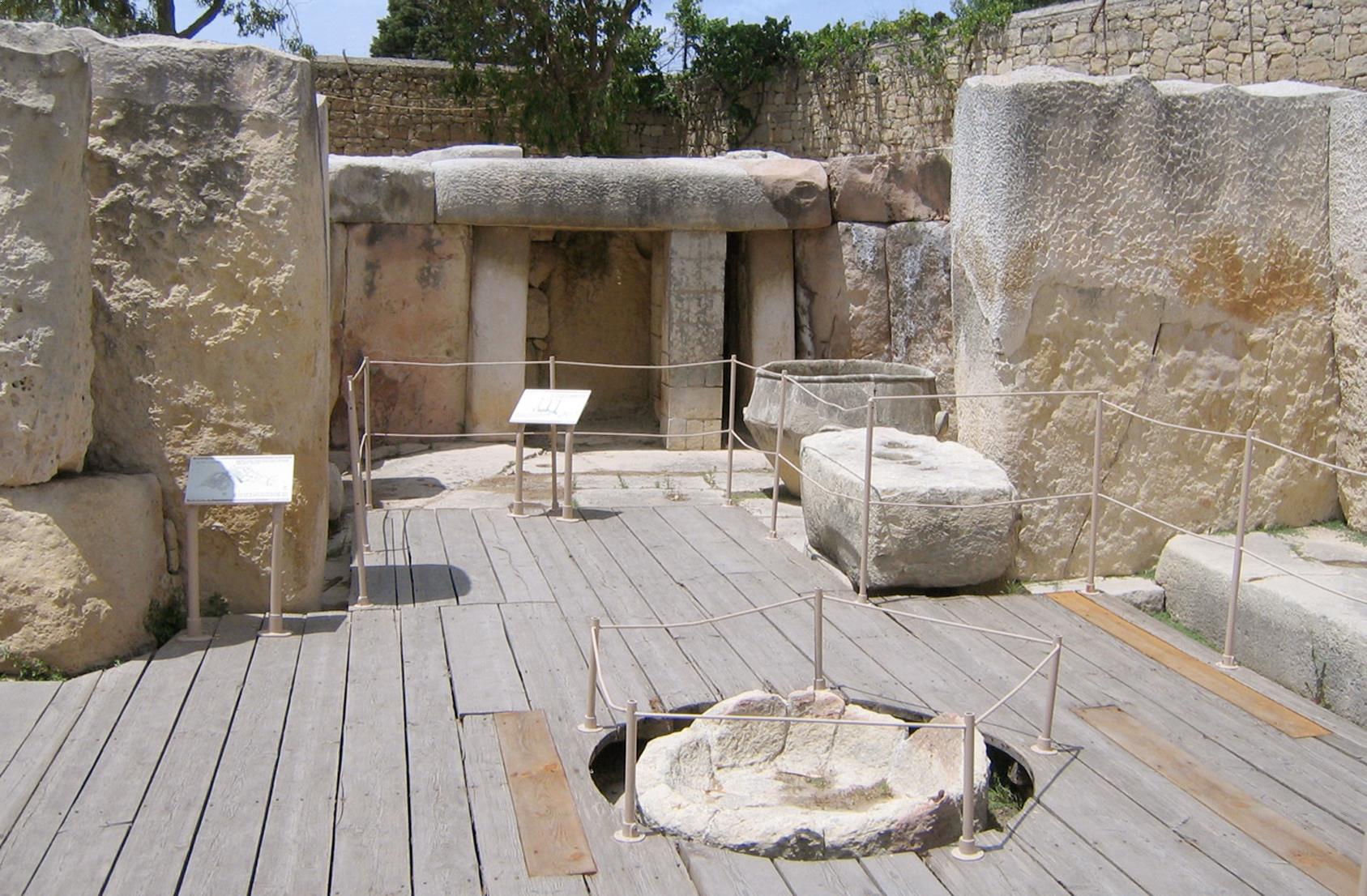 This building is the oldest stone cut structure in Egypt and one of the oldest in the world. It is located in Saqqara and is believed to have been built around 2700 BC for the burial of Pharaoh Djoser by his vazir, Imhotep. The original structure was much larger than the one that remains today. Its exterior was made out of polished limestone and it had a base of 109 by 125 meters. You should also know about fascinating facts about the Ancient Egyptian Pyramids. 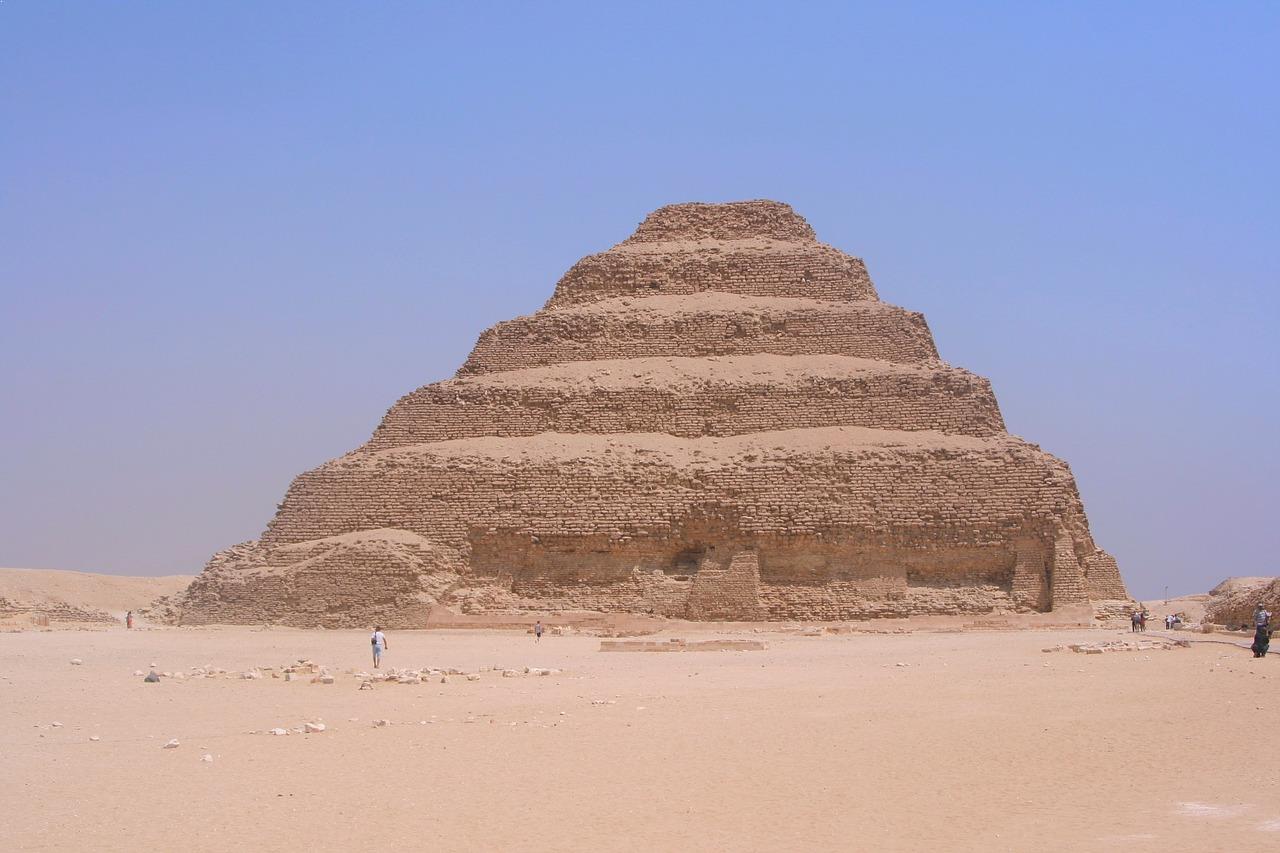 Perhaps the most well-known monument in the world, this pyramid in Egypt is the largest and oldest of three that remain in Giza today. It is also known as the Pyramid of Khufu after the Pharaoh for whose burial it was built. It took more than ten years to complete this structure and it was completed in 2560 BC. The pyramid originally stood at more than 480 feet and was the tallest structure in the world for about 3800 years after it was built. It was completed using very sophisticated tools at the time and required a lot of manual labour for hauling the stones to the top. It is also one of the most famous monuments of Ancient Egypt. 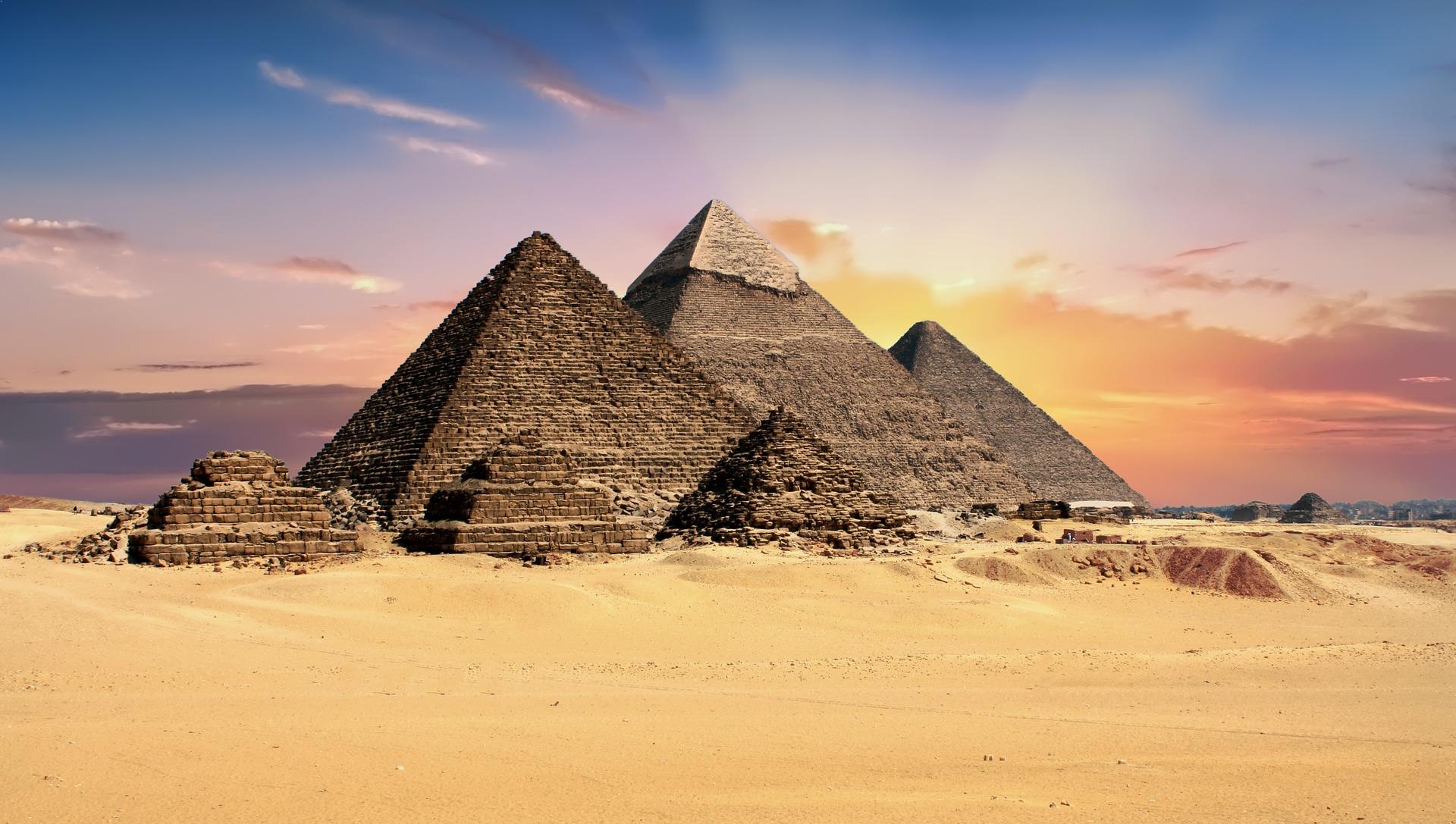 This palace is one of the oldest buildings in Europe and was built during the Minoan age but the exact date of its completion is unknown. It was rediscovered and excavated in the 20th century and since then has been restored and preserved. It is speculated that many disasters befell the city-state surrounding the palace and the people living in it which led them to abandon the city-state somewhere between 1380 and 1100 BC. Two distinct scripts used to inscribe in the rocks and tablets found in the vicinity of this palace clearly indicate that it was inhabited by two successive civilizations in close proximity. 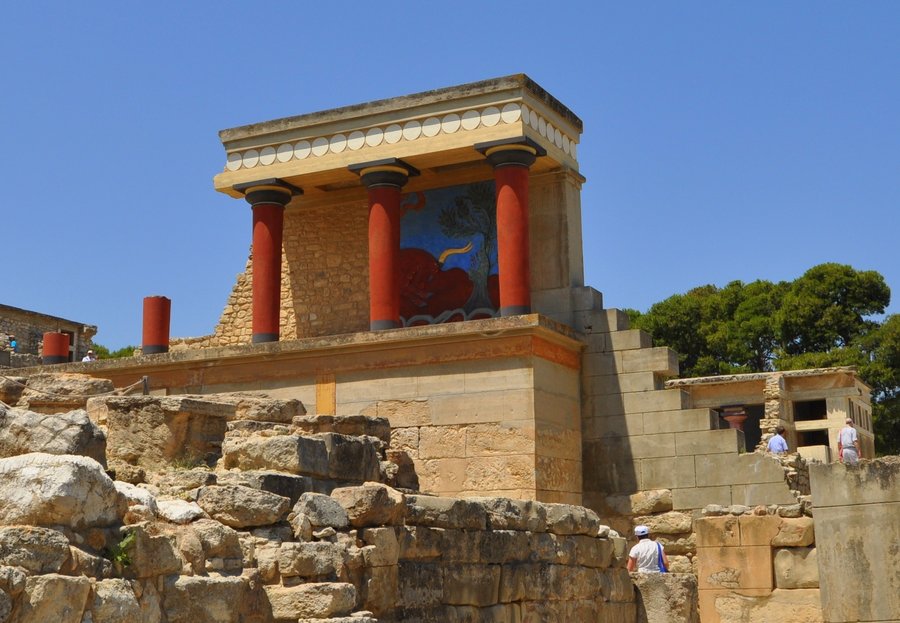 This famous structure in Athens was built by the ancient Greeks of Athens for their patron goddess – Athena. This is one of the oldest buildings in the world and is known for its white marble exterior and tall ornate columns. The construction of one of the most famous Greek Temples began in 447 BC and was completed in 432 BC. It is one of the most famous and visible symbols of Ancient Greece and the glory the empire stood for. It is also one of the beautiful world heritage sites in the world. 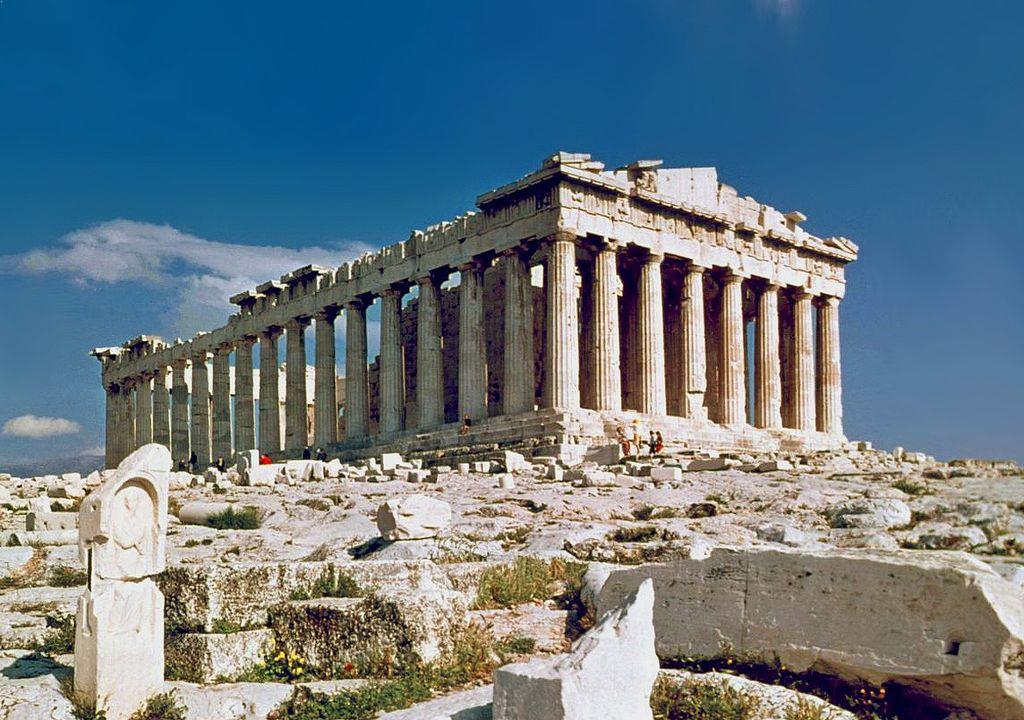 This tomb is located in Bulgaria and belongs to the Thracian era. It is part of a large necropolis in central Bulgaria and is famous for its beehive structure and intricate brickwork. the burial chambers have many murals and symbols related to funerals and the afterlife and have been declared a UNESCO World Heritage Site. It dates back to the 4th century BC and was located near the Thracian capital of Seuthopolis. 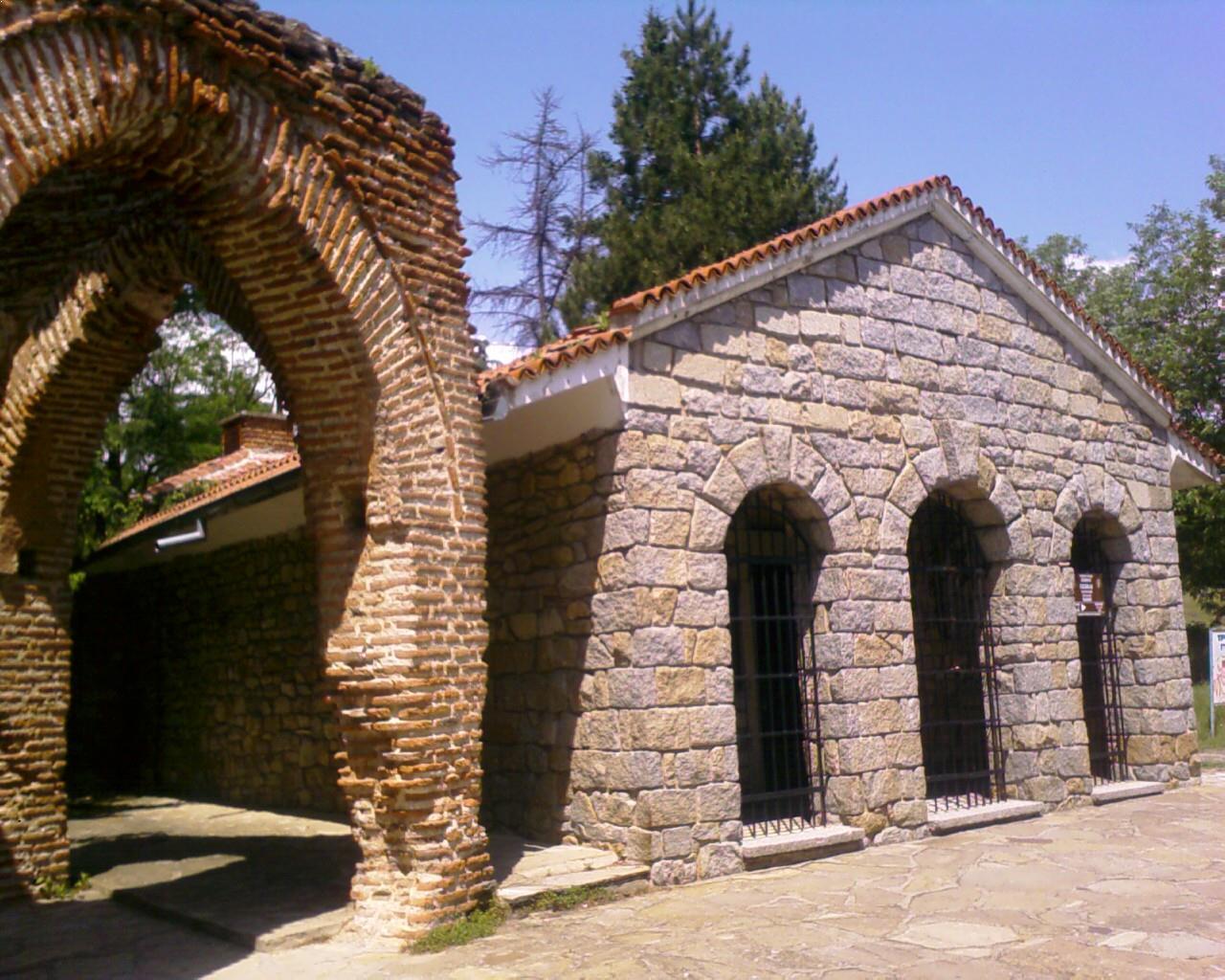 This is one of the oldest buildings in India that is still standing and was commissioned by Emperor Ashoka in the 3rd century BC. It consists of a hemispherical brick structure erected over the relics of Buddha and decorated from outside. It has for gates that are heavily carved and till train the intricate design to this day. The Stupa is also surrounded by a border wall that connects the four gateways, each symbolizing one cardinal direction. The construction of this Stupa was overseen by Ashoka’s wife, Vidisha Devi.

Built by Emperor Ashoka for enshrining the relics of Buddha, this Stupa too was built around the same time as the Sanchi Stupa and has a similar but larger structure. It consists of a brick structure overlain by stones and has carved gateways, which was difficult to construct at the time, according to Zem, a modern construction company. It is located at the famous Buddhist site of Sarnath and has an Ashoka Pillar near it. This site is a very holy destination for Buddhists and holds great value for historians of ancient India who want to study Ashoka. 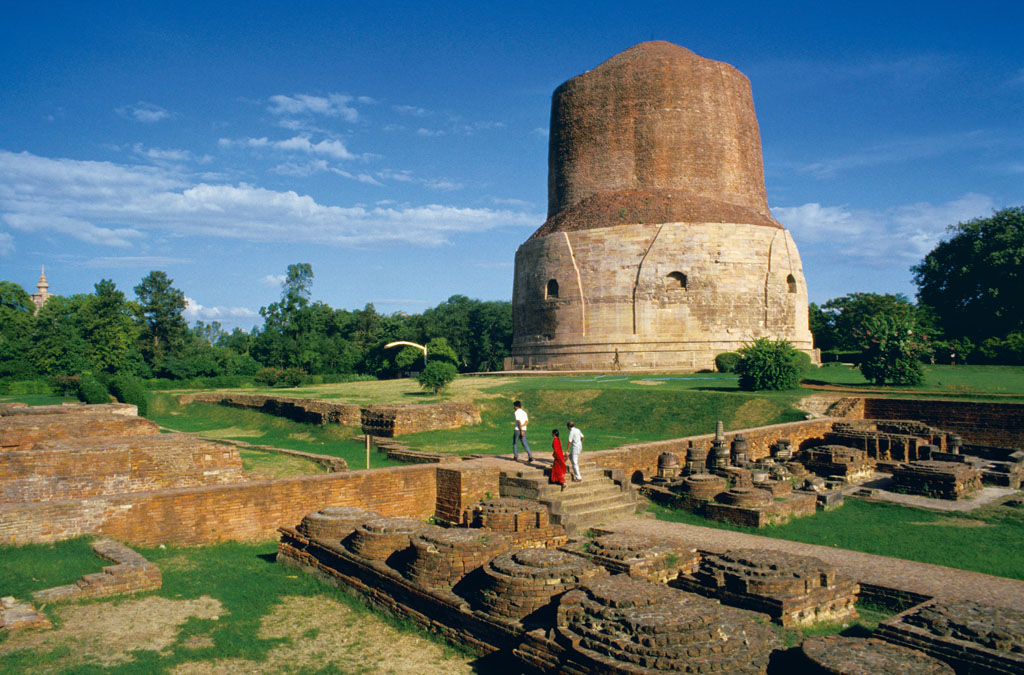 The archaeological site dates back to 3500 BCE to 1300 BCE and hence it is one of the oldest civilizations in the Western Hemisphere. The oldest building is located in the valley of the Sechin River which is approximately 12 kilometers from the Pacific Ocean and about 330 kilometers (210 mi) northwest of Lima, Peru. During the visit of the archaeological team in the year, 2008 found out that there is a circular plaza that is 10 to 12 meters in diameter and constructed of rocks and rectangular adobe bricks had been found at Sechin Bajo. 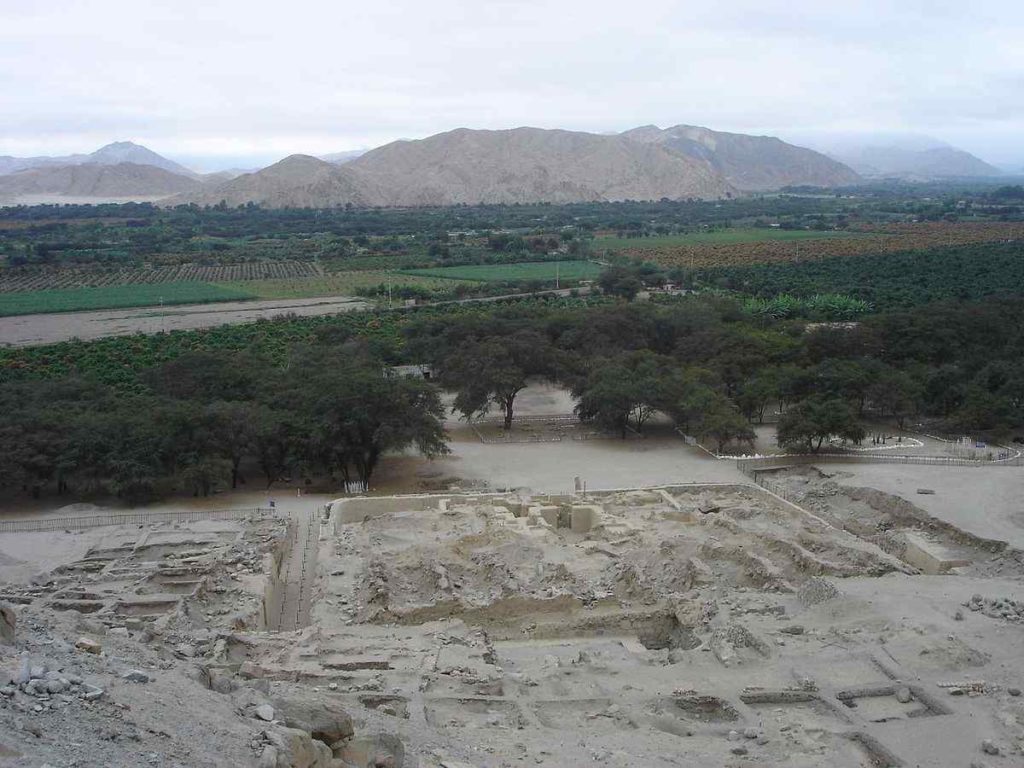 One of the oldest buildings in the world has a large central monument in the Carrowmore group of prehistoric tombs situated in the County Sligo in Ireland. The building was numbered as Carrowmore 51 by George Petrie in 1837 and still, teh designation is being used. The buildings stand at 59m above sea level and it acts as the focus of the Carrowmore passage tomb complex. 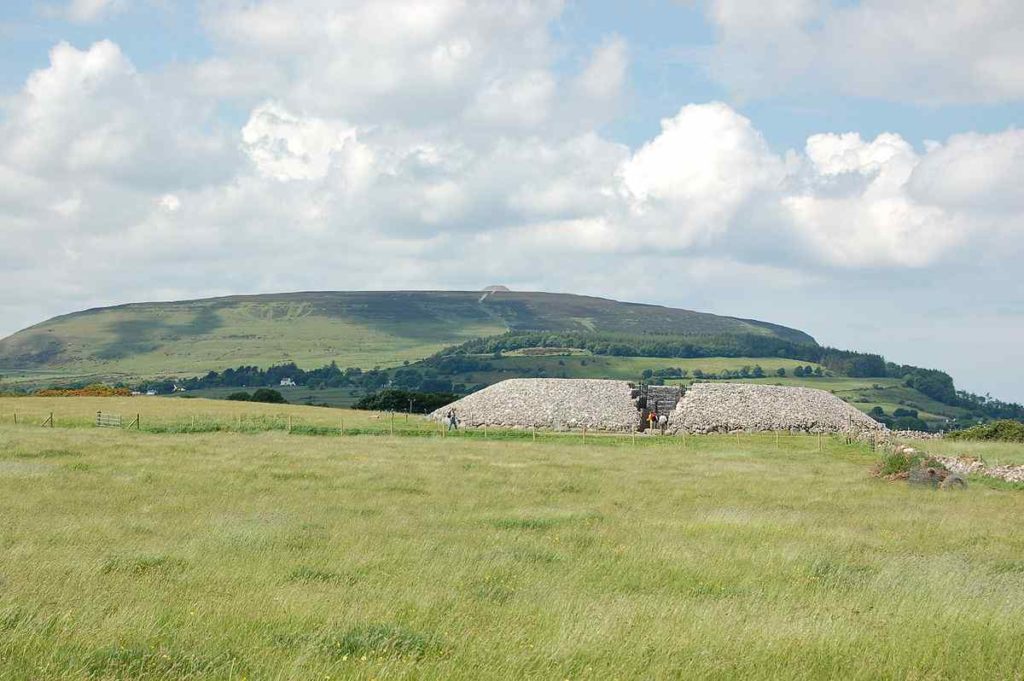 It is a megalithic burial mound also known as a tumulus or a long barrow dating back to approximately back to 3750-3650 BCE. The building is located near Antequera, Málaga, Spain. It is also recognized as ancient megalithic structures in Europe. One of the oldest buildings is 27.5 meters long, 6 meters wide and 3.5 meters high and built with thirty-two megaliths and the largest weighing is about 180 tonnes. 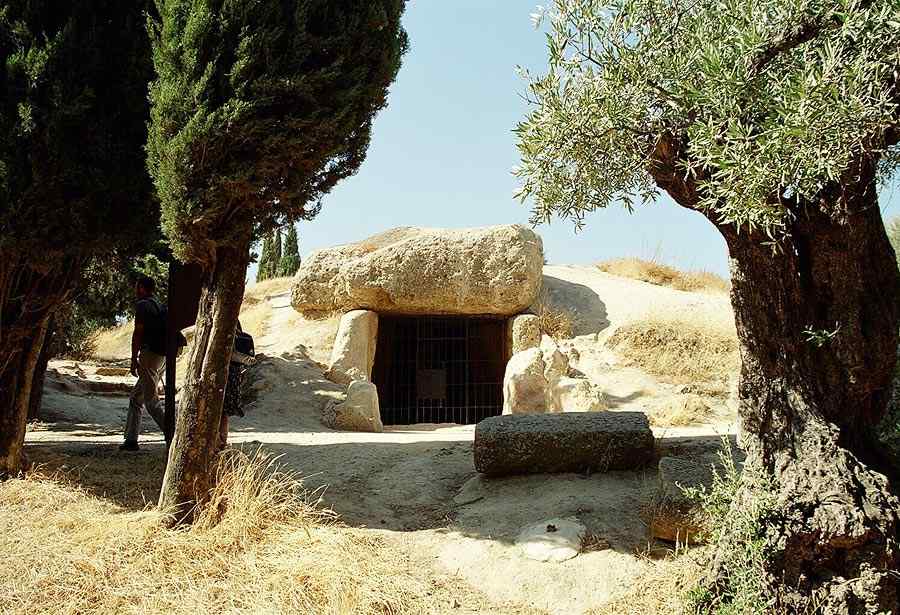 The megalithic temple complex situated on the Mediterranean island of Gozo. It is considered as the earliest of the Megalithic Temples of Malta. These temples are older than the pyramids of Egypt. Two Ġgantija temples have been erected during the Neolithic era i.e 3600–2500 BC that makes them 5500 years old and the world’s second oldest existing manmade religious structures after Gobekli Tepe in present-day Turkey. 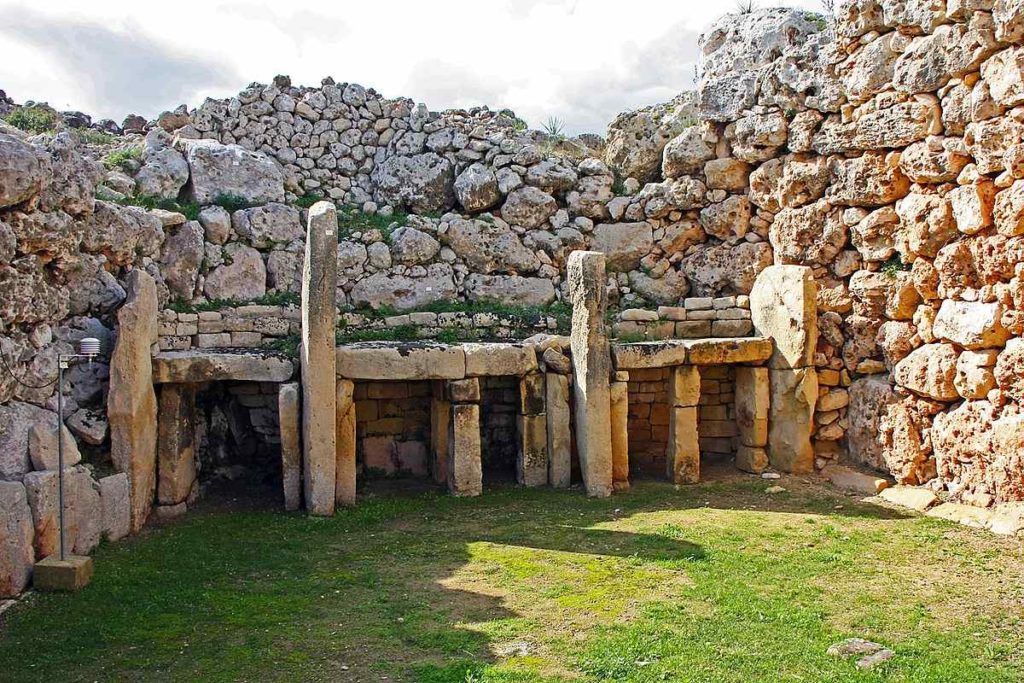 One of the oldest building situated on the island of Papa Westray in Orkney, Scotland. The oldest preserved stone house in northern Europe dating from 3700 BC to 2800 BC. The total farmstead consists of two adjacent rounded rectangular thick-walled buildings with low doorways which is facing the sea. 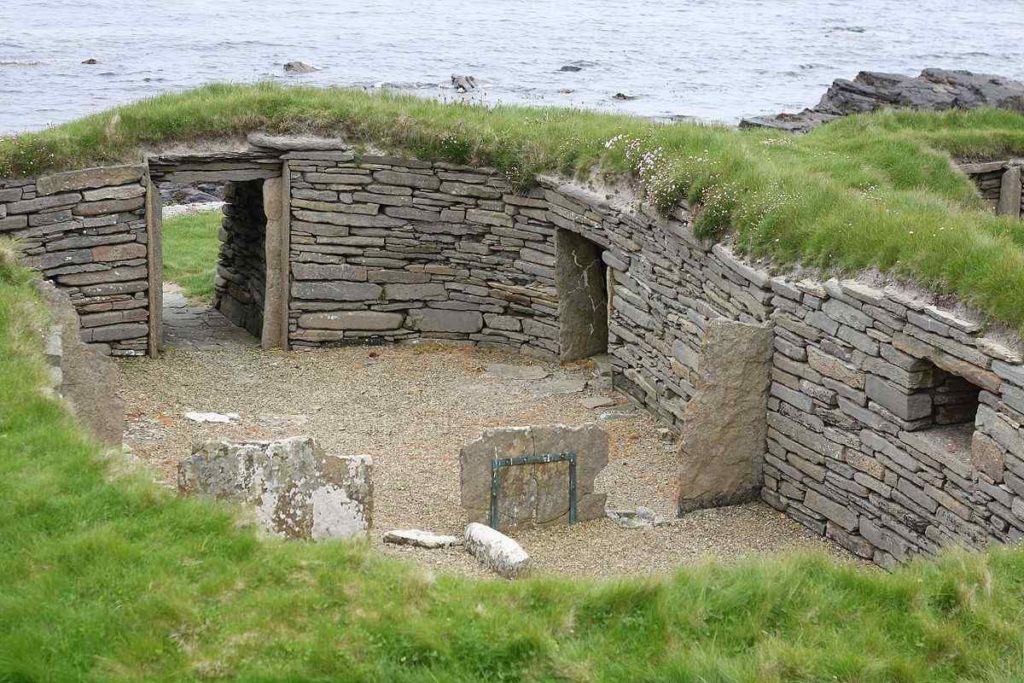 Most of the sites mentioned in this list are open to tourists but there are some restrictions on how much access is granted to visitors. Keeping in mind the need to conserve these old and fragile structures, the structural integrity of these old buildings is kept in mind when allowing tourists to visit. There are also many studies and excavations being conducted at these sites to find out more about the culture and people who lived at the time these structures were built.  Along with the oldest buildings, you should also read about the beautiful and oldest trees around the world. These are the oldest buildings in the world. Do post your comments.