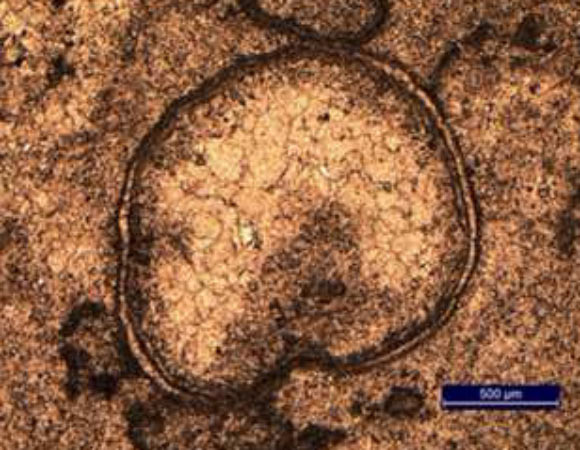 There are many asteroids that have collided with our planet but one of the mega asteroid collided with Earth that totally slammed the planet. There were multiple tsunamis and made craters that are even bigger than US. It is one of the largest destruction that has happened to the planet.

Now, we have discovered some Ancient remains of the destruction in the ancient sediments of Australia. One thing is surprising it is giving totally different prospective of Earth at that time. It is considered to be one of the major reasons in extinction of dinosaur killing.

As per the study conducted by Andrew Glikson, a planetary scientist at the Australian National University, said that “The impact would have triggered earthquakes orders of magnitude greater than terrestrial earthquakes; it would have caused huge tsunamis and would have made cliffs crumble,” The impact was that massive that it instantly vaporized the asteroid and spherical glass like particles created known as spherules. These spherules were detected in the seafloor sediments. These sediments dated back to 3.46 billion years ago.

The evidence can be seen in northwestern Australia in the form of rock formation known as Marble bar. The sediments are dated back to 3.5 billion years ago. The metal composition of platinum, chromium and nickel seen in spherules are approximately similar to the asteroid composition. Glikson also said about spherules that “These spherules were found in seafloor sediments that date from 3.46 billion years ago.” The evidences what we have has been originated from the Ocean floor. Now one of the biggest challenges is to judge how old they are? We have placed the ocean sediments between the layers of volcanic sediments so that result can be obtained with high level of accuracy.

I will consider this as an achievement for the human race.  The findings of the sediments will be published in Precambrian Research.