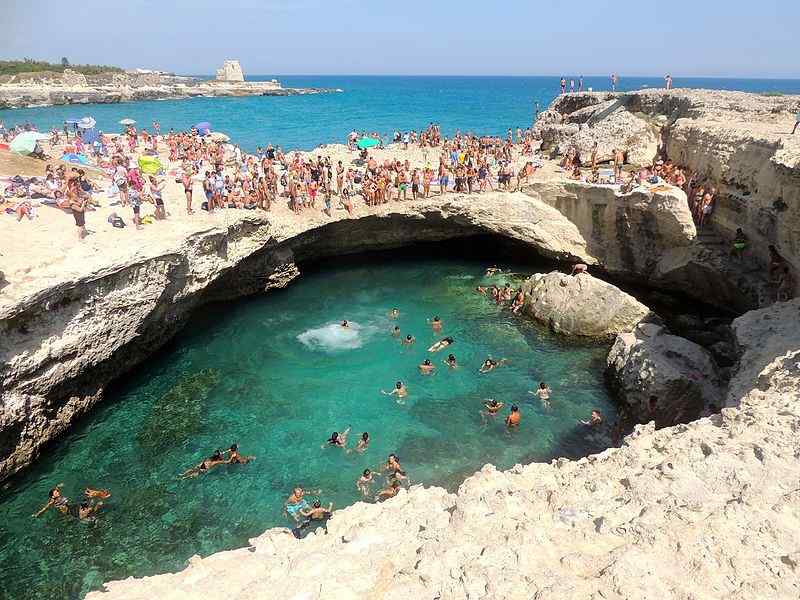 The word swimming pool immediately conjures up images of a tiled pale blue square pool with deck chairs and showers beside it. But nature offers many swimming pools of different types too! These natural swimming pools have been created over thousands of years due to the action of natural elements and are today used as swimming pools. These pools are both freshwater and marine and it is completely safe to enter these pools since they are being developed as tourist attractions by the respective countries. Here is a list of the 10 most incredible swimming pools in the world.

This natural pool located in the ancient city of Yucatan in Mexico near the remains of Chichen Itza and is the most popular natural swimming pool in the world. This pool is a rounded hole that stores water below ground level and steps have been carved on the side of the hold to help people access this cenote. This has an ancient history since it was used by Mayan people for their rituals and for relaxation. The cool waters give tourists the same refreshing experience as it did the Mayans thousands of years ago.  One of the best natural swimming pools gifted by nature.

The site is protected under the UNESCO treaty of the Convention on the Protection of the Underwater Cultural Heritage. The treaty came in 2001 aims to protect all the traces of human existence related to historical, cultural and archaeological that have been underwater for at least 100 years. Now, it is one of the major tourist attraction across the globe and people like to take a quick dip in the sparkly blue water. The natural sinkholes is a result of collapsed bedrock bringing the hidden pools of groundwater underneath the soil. 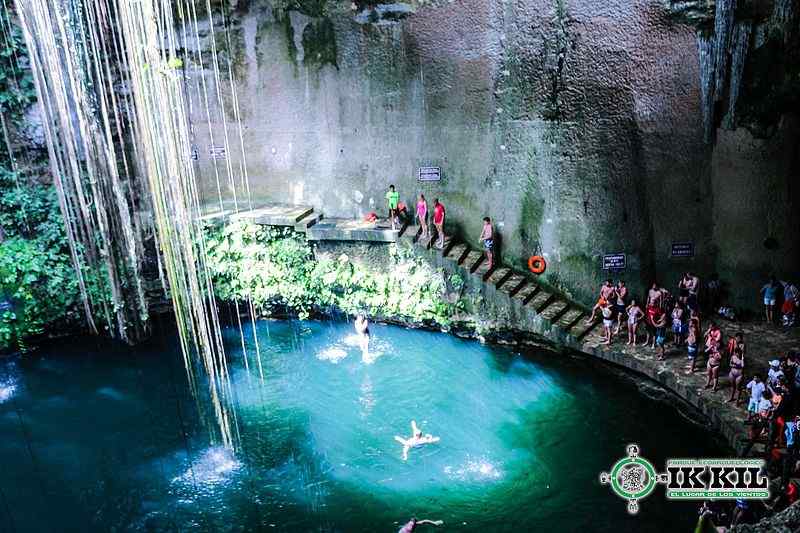 Victoria Falls located at the border of Zambia and Zimbabwe is one of the largest waterfalls in the world and at the edge of this natural wonder is a rock pool where people can swim. It has been naturally formed due to years of erosion and is accessible only during the summer season when the water level is low. One needs to take a boat to reach this spot and once inside, tourists can look down from the edge of one of the tallest waterfalls in the world. However, only 16 people can swim in this pool at a time, but this experience is unforgettable.

The world’s ultimate infinity pool will give you one of the insane and thrilling experiences of your lifetime. The best part is that you can even lean over the edge of the most thrilling waterfall in the world. Most accidents that happen on the infinity pool is due to the people slipping on wet rocks that can cause minor injuries. You need to be careful on these rocks.

This natural hot water pool is located in Denizli province in Turkey and has been used as a spa for relaxation since 2nd century BC. The word ‘Pamukkale’ means cotton castle and this name is derived from the fact that the walls of this hot spring look like that of a cotton castle. They have been formed by years of mineral deposition by the incoming water. This pool is over two kilometres long and has 17 smaller springs in it. It is believed to cure several diseases because of the high mineral concentrations.

Pamukkale is a famous tourist attraction and recognized as UNESCO World Heritage Site along with Hierapolis. The Turks call this place the cotton castle because of the similarities they have with white mountain slopes have with the cotton plantations that are cultivated in central Turkey. The area has approximately 17 17 hot water springs and temperature ranges from 35 °C to 100 °C. 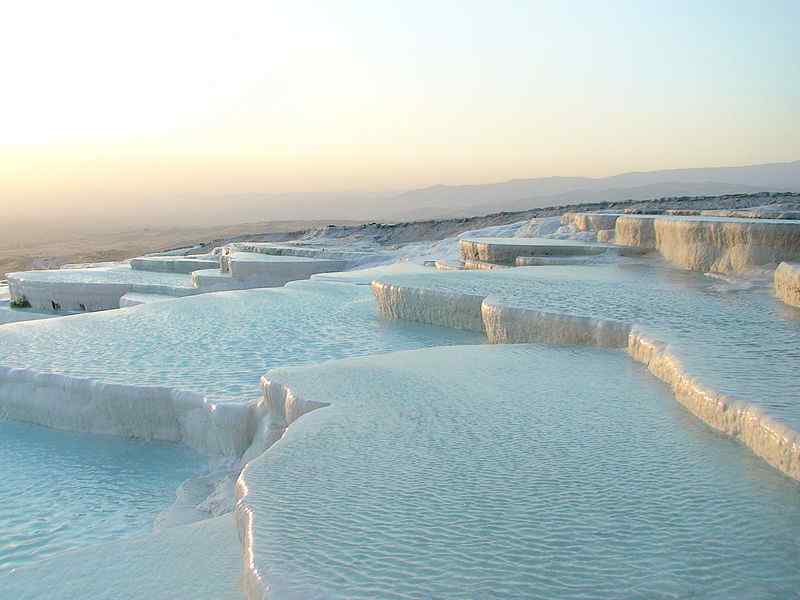 This natural swimming pool is located in Austin, Texas and is a popular tourist spot for American and international tourists. It is an underground pool with limestone walls and a small waterfall that trickles down from the roof and was formed when the roof of an underground river collapsed due to erosion. The pool is located inside a natural reserve that has many rare birds and animals. Swimming and diving in this pool are completely free but fishing is prohibited. The United States is also famous among tourist for its highest bungee jumps in the world.

The water in the Hamilton Pool is really cold with a temperature of approximately 50 degrees in some spots of the pool. It is believed that the cultural remain near the pool is approximately 8,000 years old. The pool gained popularity between 1960 and 1980, however, the land suffered from the visiting public. The limitations have been set n the number of people who can be in the preserve and you have to wait in line to swim in the summer. 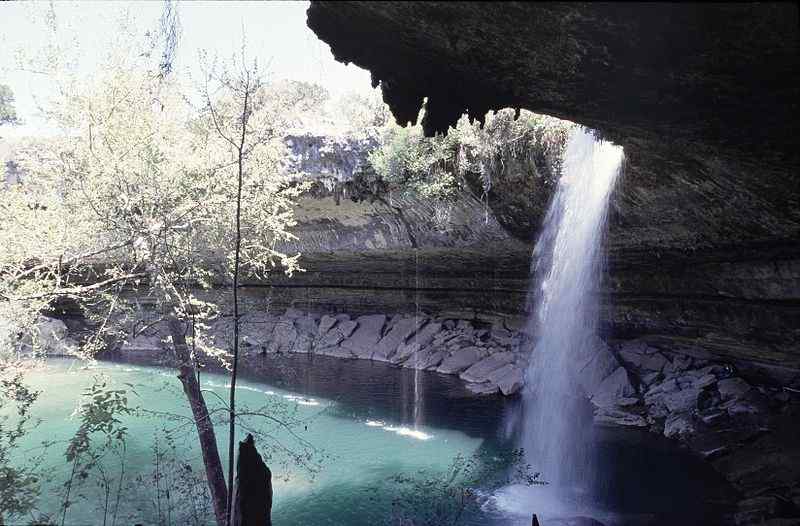 The Grand Canyon is known as one of the driest places on earth, but inside this canyon in the state of Arizona is a hidden wonder in the form of the Havasu Falls. This spot is renowned for its brilliant blue-green colour because of the presence of calcium carbonate in high concentrations and it is a major tourist attraction. The pool is accessible throughout the year and temperatures remain constant at around 20 to 25 degrees. The walls of this pool are made up of characteristic red rock and this enhances the beauty even further. You will love to read about the world’s most beautiful and amazing waterfalls.

The fall originally named as Bridal Veil Falls, however, later a flash flood came through the canyon, changing its appearance forever. It is possible to swim behind the Havasu falls where you can enter with the help of a small rock shelter. The falls are in a constant state of change since the past 100 years. The appearance fall has approximately 100 years ago was totally unrecognisable. 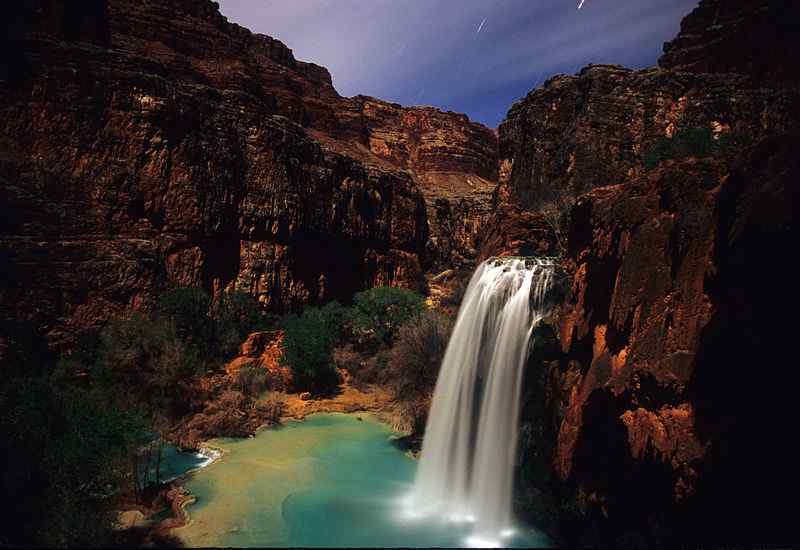 The Enchanted River can be found in the Mindanao province of Philippines and many first time visitors have actually described its beauty as being magical. The river is located very close to the sea and has sparkling clear waters making the bottom easily visible. Depending on the depth, the river appears to have multiple shades of blue that reflect off the clear bottom. The origin of this river is unknown and so it is believed to be enchanted by the locals. You will find interesting reading about longest rivers in the world.

The unique feature of the Hinataun Enchanted River unfathomable depth. There have been numerous attempts made that aimed to uncover the mystery, however, all failed. It is believed that the professional divers failed experienced roadlocks such as strong current and locked passageways. The water tasted salty, however, it should be composed of freshwater. Hinatuan River has also become known as the Enchanted River. 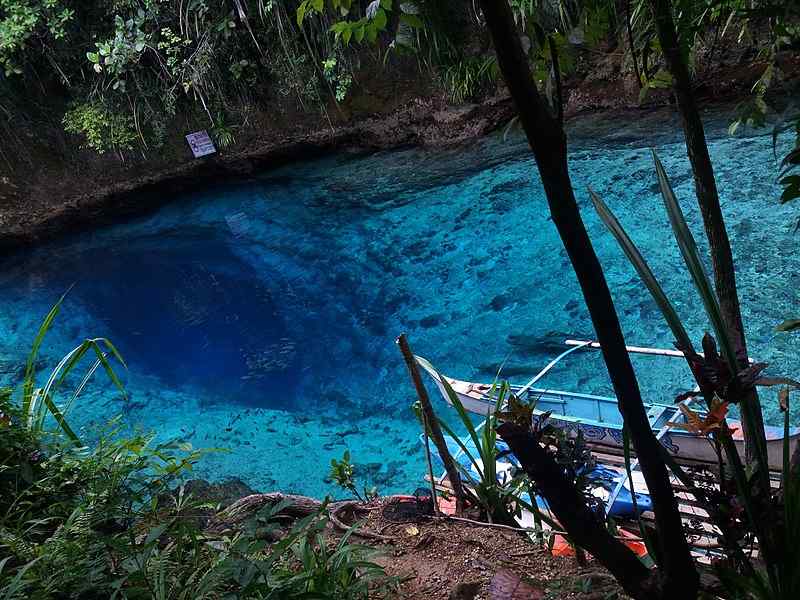 The Dominican Republic may be famous for its azure beaches but there are also natural swimming pools tucked away on this Island. The Dudu lagoon is one such unique gem that tourists can never get enough of. It is a 100 feet deep sinkhole that appears deep blue and the waters are cool and clean throughout the year.

Swimming and diving in this pool are tourist favourites but many caves also open up to this lagoon which makes it an excellent spot for scuba diving in the caves. The underwater view is unparalleled as the interplay of light and water forms some unique patterns in the water.

This natural swimming pool is like the name suggests a 30 feet deep ocean trench that has ladders installed for easy access. It is located on the Upolu Island in Samoa and has bright blue waters that are irresistible to any swimmer. It has been developed as a tourist-friendly site and there are many huts by the poolside where visitors can kick back after a dip in the water. The beach is very close to this trench and there are lush green gardens surrounding the trench that make the place a serene getaway.

The place is well maintained with picnic spots with full protection and shade with proper toilet facilities, you can spend a whole afternoon here. The natural hole is located in the park-like setting and you need to pay a little extra to enter the area, however, in return, you can swim, enjoy the beautiful tropical gardens and even go swimming on a small beach. 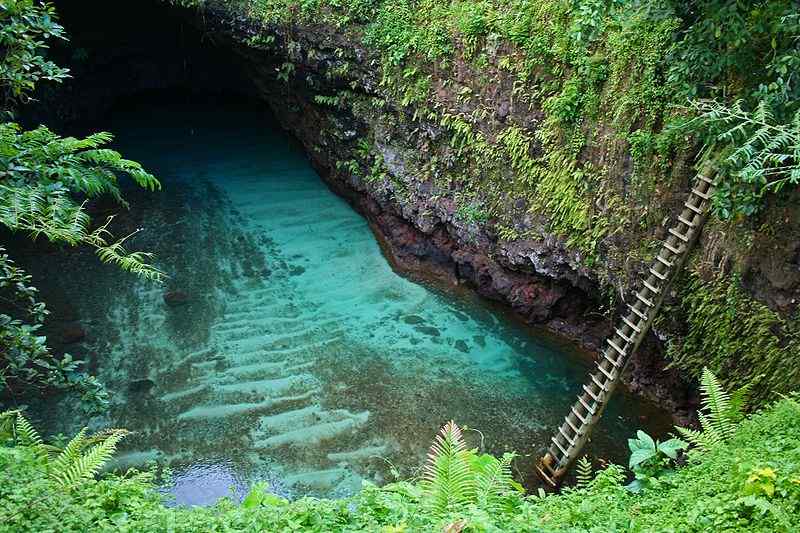 The Adriatic Sea is a marvel in itself, but this natural swimming pool located on its coast is a wonder like no other. This limestone pool has been excavated by the erosion of rock due to seawater and it is circular in shape. The waters are deep blue but appear to be of different colours depending on the time of day.

Legend says that a princess used to regularly bathe in this pool and the locals believed this water to be the secret of her beauty. This attracted many poets and artists to this spot and today it is known as the ‘Cave of Poetry’. We have also listed beautiful lakes around the world.

Kuang Si Falls is a series of waterfalls and interconnecting pools that have been formed in the Luang Prabang village in Laos. These pools are surrounded by dense tropical rainforest and several huts have been constructed to make access to the pool easier. The pools are perfect for swimming in the summer because of the cool temperature and the bright turquoise waters however the currents of the waterfall get too strong in the monsoon and swimming during this time can get risky.

One of the greenest and beautiful natural swimming pools in the world. One of the biggest pool in biggest in the Luang Prabang area with a 50-metre drop into spectacular azure pools before flowing downstream. It also creates great swimming holes that are very popular among the global tourist and locals. You can change clothes at the wooden huts located close to the entrance. 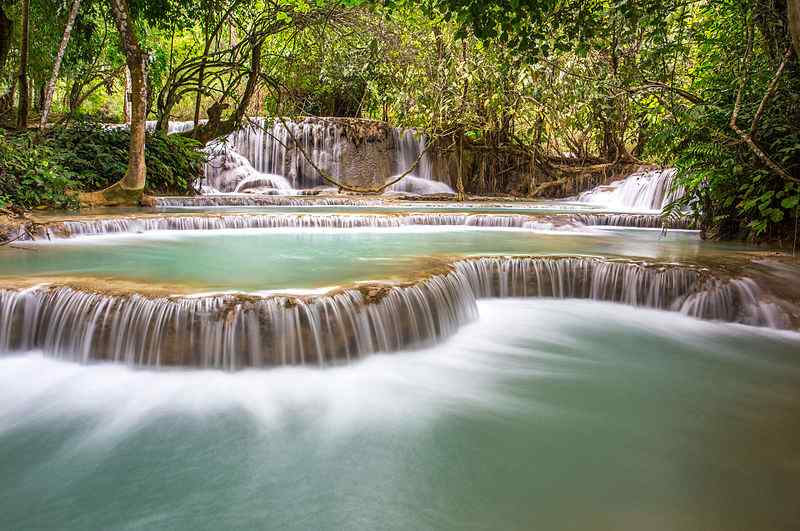 After reading about these natural wonders, you will surely feel the pool near your house is mundane and uninteresting. So get ready to pack your bags and set out to the nearest natural pool you know. However, swimming in all natural water bodies is not safe and it should be done only if the pool has been declared as fit for swimming.  These are the 10 amazing natural swimming pools in the world. Do post your comments.