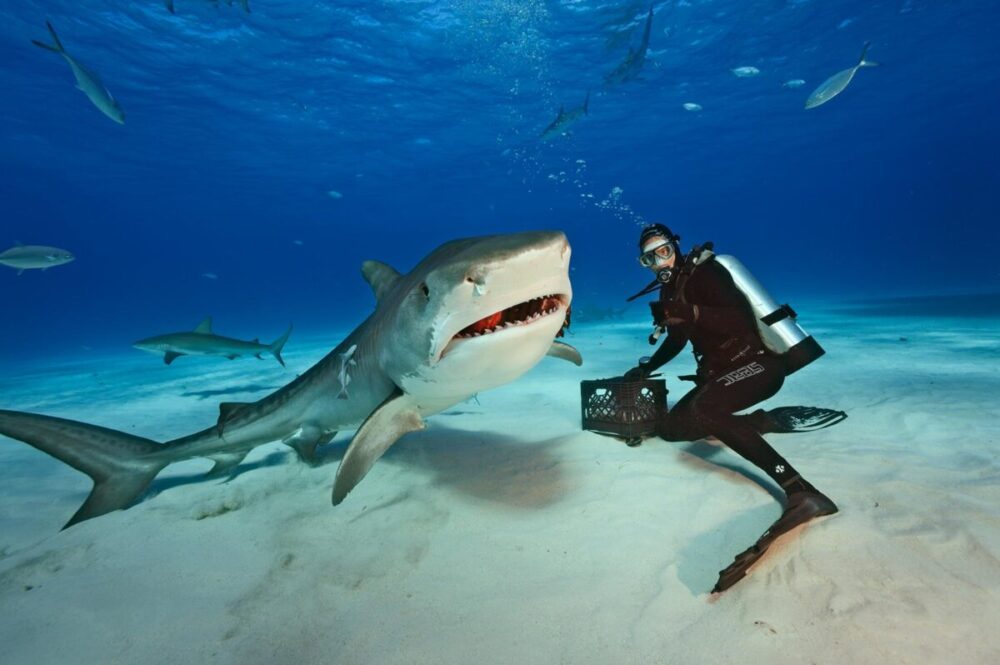 Photography can be a hobby, a job, or a way of life. It seems that everybody in the world is doing some kind of photography these days. Capturing a moment in time, taking a photo is an art – it takes a lot of time to learn how to capture an image just the way you want to.

It is a skill that many people try to master by taking an online photography course at photographycourse.net, for example, or by practicing different techniques over and over again. There are amazing professional photographers who can make magic happen with every photo they take. Most of them are professionally trained, with a lot of education and practice hours behind them.

Taking pictures of wildlife is photography at its finest – it takes a lot of dedication to capture the perfect shot, as nature won’t cooperate as freely as a human model, be it because of weather and hard to find animals. Here you can find some tips on how to take wildlife photos.

Today we will be looking into the most famous wildlife photographers. Let’s dive into the list of the nine best of the best. What’s behind their work?

Nick Brandt is a photographer from England and is most famous for his efforts in conservation and pushing boundaries when it comes to wildlife photography. He is also known for exploring different mediums within the art of photography to create a strong conservation message.

He loves to expose human-wildlife conflicts and the highly important theme of the disappearing natural world and human involvement. Brandt’s most famous work is a trilogy of photobooks with pictures mostly from Africa. His projects include A Shadow Falls, Across This Ravaged Land, and On This Earth. Nick’s pictures scream for a change and are an inspiration to any aspiring conservation photographers.

A wildlife photographer from Spain, Marina Cano is the owner of an impressive portfolio. She has over 25 years of experience under her belt, and more than 16 of those have been dedicated to taking pictures of wildlife.

Marina has gained a lot of accolades and recognition in the world of photography and, to this day, travels around the world with her camera. She published four books, and a couple of her pictures were featured on the cover of National Geographic. Cano was a finalist for the BBC Wildlife Photographer of the Year contest back in 2015, and during the same year, she was named European Canon Ambassador. She is a female and wildlife photography inspiration.

Neil Aldridge is doing more and more things for conservation photography every year. Apart from being an award-winning photographer, he is also a professor at Marine and Natural History at Falmouth University. He is a wildlife guide, published author, and a frequent volunteer in many charities. Aldridge is most famous for a striking image of a rhino that has been viewed by millions of people. He is another photographer on the list with a clear message to tell the world.

Christina is a National Geographic photographer from Mexico and a co-founder of SeaLegacy, a non-profit dedicated to protecting the ocean. She is an active campaigner for environmental causes and tries to spread awareness with her work. Back in 2010, Mittermeier won the Mission Award from the North American Nature Photography Association (NANPA) and the Smithsonian Conservation Photographer of the Year Award. She is a member of the World Photography Academy and is recognized as one of the World’s Top 40 Most Influential Outdoor Photographers from the list by Outdoor Magazine. 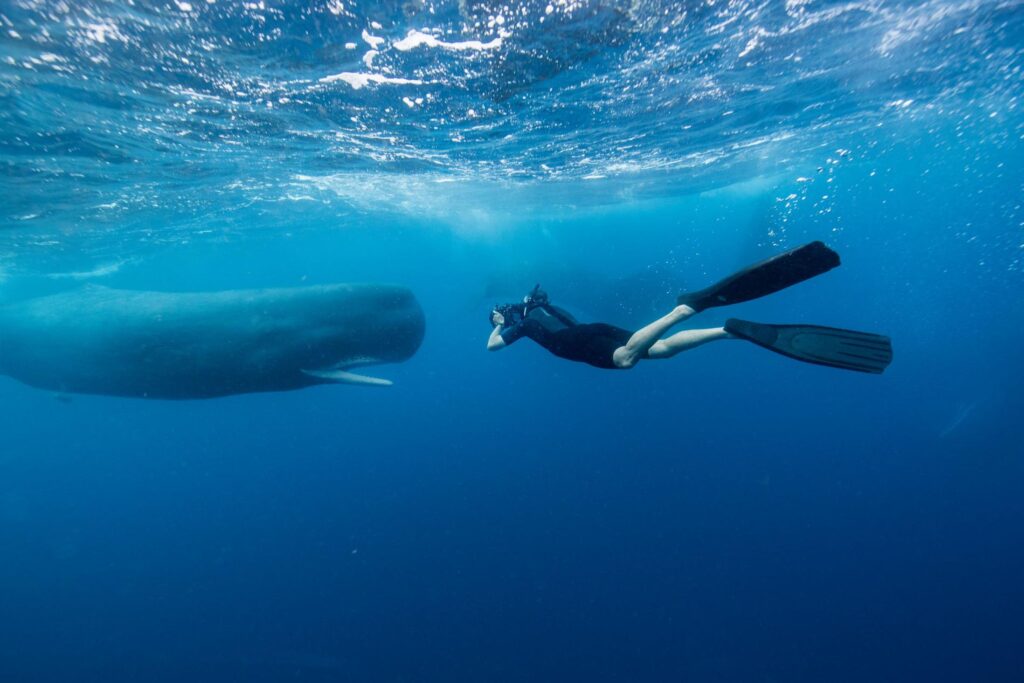 Bryan Skerry is an American wildlife photographer who loves the ocean more than anything. He has become one of the greatest ocean photographers of all time. He won many awards for his work, and his breathtaking images of marine life speak for themselves. He specializes in marine life and underwater environment pictures and has been a National Geographic photographer since 1998. His photos have been featured in magazines around the world.

Suzi is an award-winning wildlife photographer and is most famous for the pictures of newborn babies of wild animals and documenting the family life of such animals. Perhaps the most amazing thing about her is the ability to earn the trust of her photo subjects, which led to the creation of many fantastic photos. Her photography has been featured in over a hundred magazines, and she has written nine books so far, with another four to be published in the coming future. She has worked on all seven continents and won countless competitions.

James is a photographer who started his career fairly young at the age of 16. Since then he works for the National Geographic Magazine, BBC, and The Natural World. The majority of his pictures are taken in North America, the Amazon, and East Africa. Apart from being a photographer, Charlie also works as a TV presenter. He, too, won a lot of awards for both his photography and TV work.

Ziegler is an absolute expert when it comes to natural history and science-related photography. He worked on four different continents so far and specialized in tropical forest pictures. He has won the Wildlife Photographer of the Year award and the European Wildlife Photographer of the Year award, among many others. He currently lives and works in Panama. 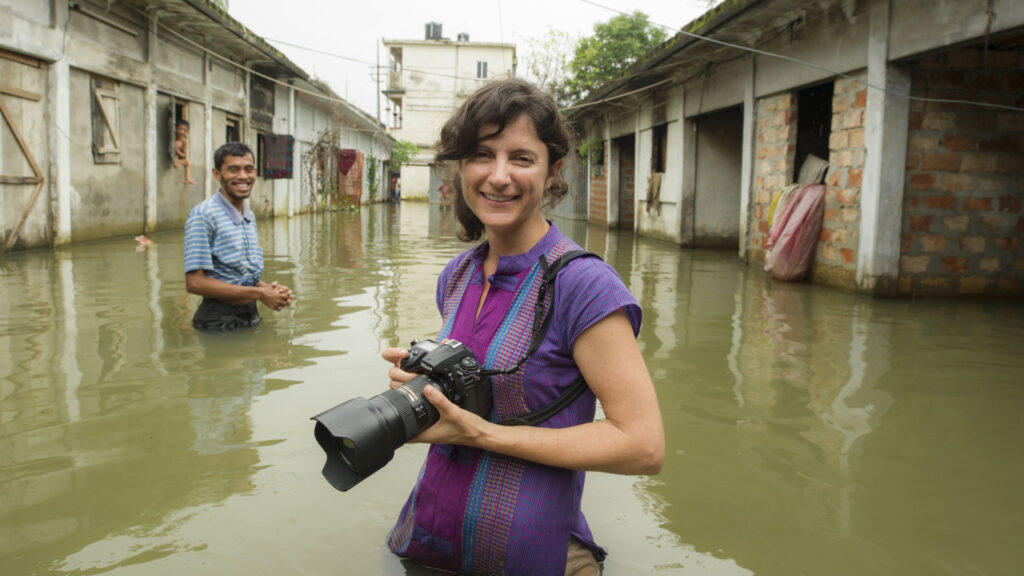 Ani Vitale is a photographer and filmmaker from the USA. She has visited over a hundred countries so far for her work and is another National Geographic photographer on the list. She is also a Nikon ambassador, which only adds to her already successful career. Ami is known for her commitment to getting the right shoot; she has lived in mud huts, traveled through war zones, and even wore a panda suit to get the perfect photo.

That concludes our list of the most famous wildlife photographers. Make sure to check out their work for some inspiration and to remind yourself how important it is to protect the environment.