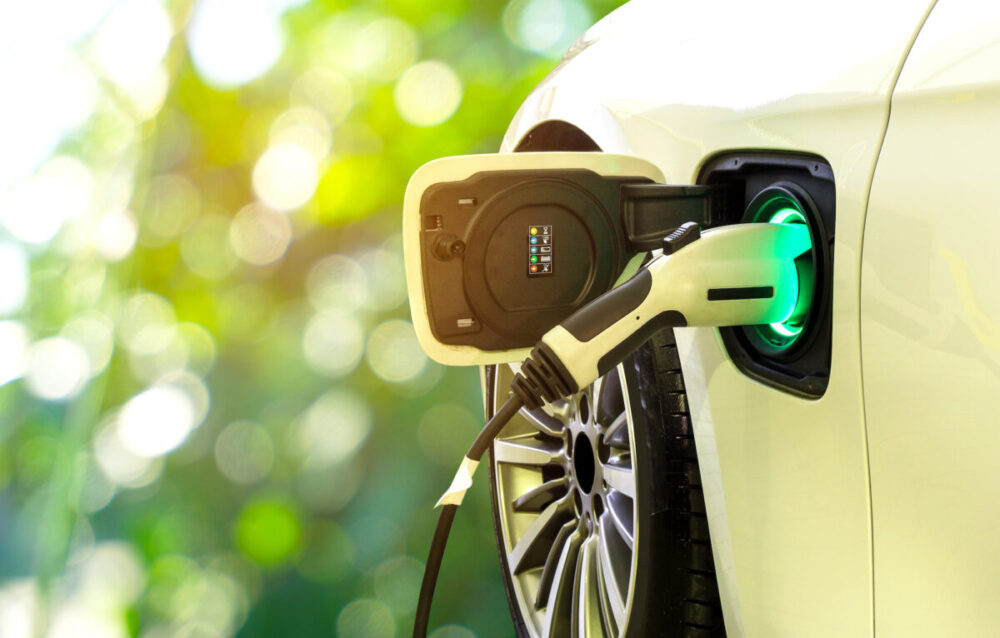 In the past, trying to keep your emissions down was far more nuanced than it is today. Your best bet would be to choose something small and economical, like a hatchback Fiat car discussed here. However, with modern advances in propulsion and fuel technology, you have a lot more options now, especially when it comes to vehicle configurations. This is why so many buyers prefer a crossover, which combines economy with practicality, but that’s not to say there aren’t some ‘green’ coupe or sedan models out there.

The hybrid engine was the first real step towards achieving zero emissions. The first such vehicles added a battery pack and regenerative capabilities. However, this electrical energy was only used to power onboard technology such as the radio or air conditioning. At least, that was the first step.

From there, designers started to add electric motors, which could power the primary wheels in lieu of using combustible fuel. However, the battery packs were small, and the regenerative capabilities of the brakes were minimal, resulting in a limited all-electric mileage, and only a moderate improvement to overall miles per gallon of fuel usage.

Undoubtedly, the future of the auto industry hinges on electric cars. And so, companies like Tesla, have already achieved significant progress in making sustainable cars such as the Model S. If you strongly believe in making the world a safer place for future generations, you may want to invest in electric and hybrid cars. 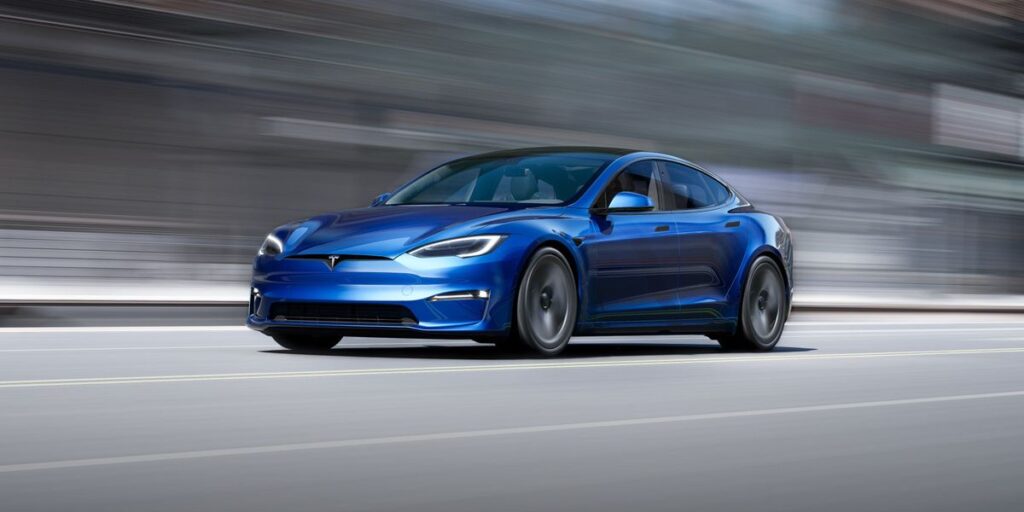 We still have hybrids today, although they have become more efficient as the technology has matured. Even some modern crossover hybrids offer similar mileage figures in comparison to the original 2011 Toyota Prius, which arguably sparked the hybrid revolution.

Luckily for us, electric vehicles (EVs) are no longer just a pipedream. While these were technically some of the very first automobiles ever invented, the technology was not suitable for mass production and it was prohibitively expensive. A lot has changed over the years, and now, with modern advances and dwindling fossil fuels, EVs have become a lot more capable and attractive.

Electrification has not been universally embraced, as yet, but it has diversified to the point where you can now find electric SUVs, sports cars, and even pickup trucks. The fact that electric powertrains do more than just improve fuel economy means that it is far more versatile than mere hybridization.

Some of the fastest, or rather quickest, cars right now are actually electric. The Tesla Model S Performance, for example, can sprint from 0-60 mph in under two seconds, while still managing 96 MPGe combined. And, while driving range has always been an issue with these models in the past, that is quickly changing as more and more automakers focus on entering this particular market. It wouldn’t be unreasonable to surmise that combustion engines will soon be a thing of the past.

The leaders in the electric rat race

Electric vehicles are nothing new, but the majority of car companies are only now starting to see them as a source of revenue. Nevertheless, there are a few that have more experience than others, and several ingenues that have managed to get the recipe right on their first try. Here are just some of the top electric cars on the market in the USA right now. 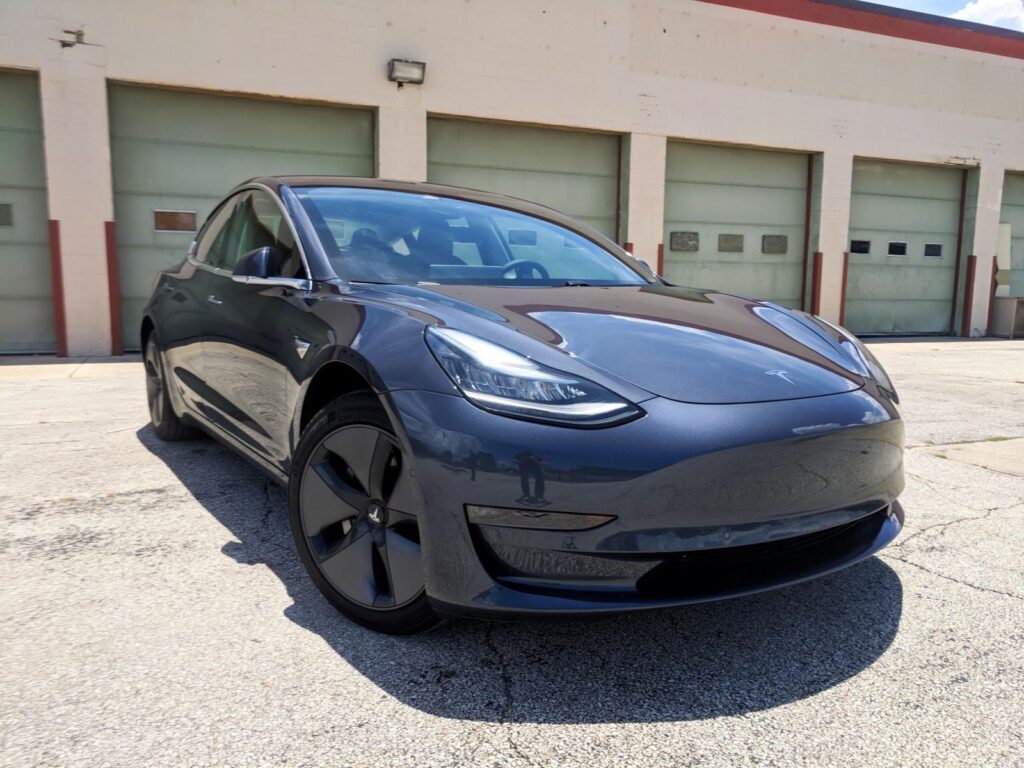 Easily the most prominent name in the segment, Tesla is considered the master when it comes to creating great electric cars. It offers several configurations, including a mid-size SUV, but it is the Model 3 that is still the most accessible. At an MSRP of around $35,000, it is not impossible to consider owning one, especially when you take into account the various incentives offered by most states in the US.

When you add the fact that it has the longest range of any current EV and a respectable mileage figure of 141 MPGe in combined driving, it’s easy to see the appeal. The high-tech interior and long list of features just feels like icing on the cake. 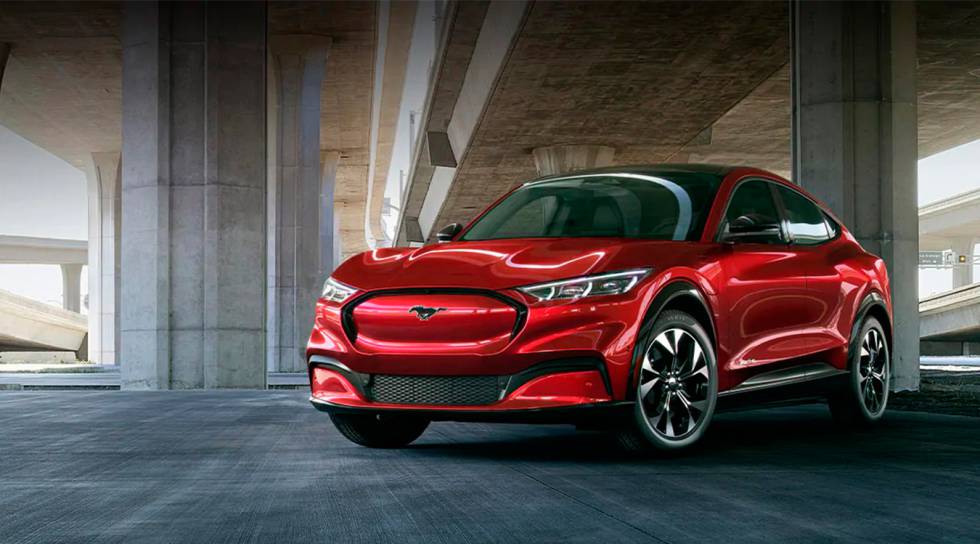 Recently unveiled, the Mach-E aims to challenge the most performance-oriented of the current generation EVs. While it may don an SUV guise, it is not milque toast family hauler. The top trim level has access to 480 horsepower and 634 lb-ft of torque, allowing it to sprint to 60 mph in around five seconds, according to testers. It also delivers a maximum range of up to 270 miles.

Of course, it is bigger in size and has some added height, resulting in a lot more practicality. This translates to a spacious rear seat and loads of room for cargo – 34.4 cubic feet in total, to be exact. Aside from all the technical minutiae, the Mach-E is a gorgeous vehicle, inside and out, with access to all the latest comfort and safety tech. It’s a tad pricey but well worth the money. 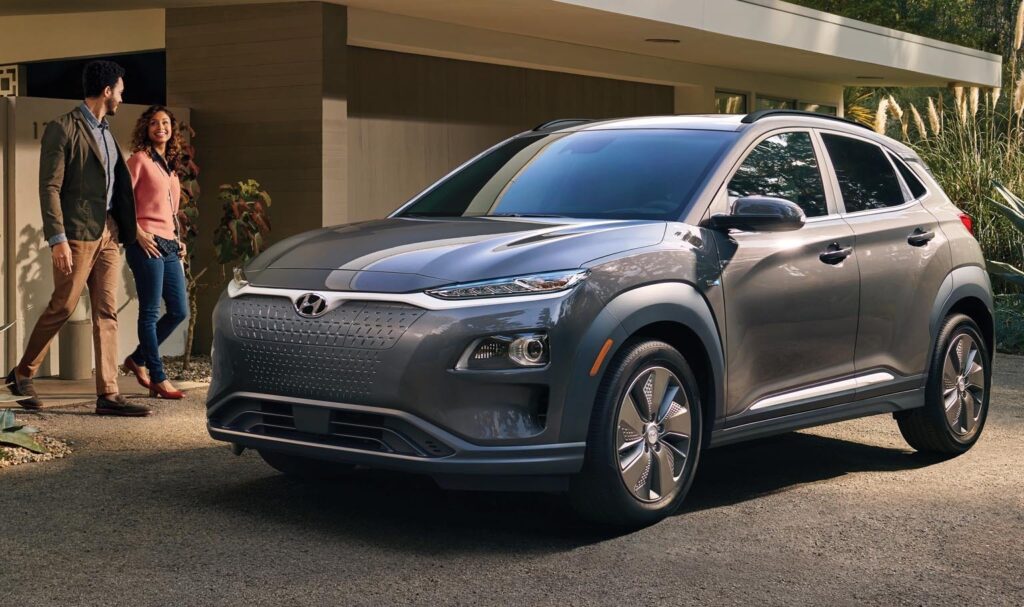 A more affordable alternative to many of the premium-level EVs coming out, the Kona is an adaptation of an existing Hyundai nameplate. As such, it brings with it a certain air of dependability and value that has already been ingrained in fans of the brand.

Though it takes crossover form, it isn’t the most spacious of vehicles. The battery packs of EVs have always been a detriment to interior capacity. It also lacks the option of an all-wheel drivetrain, which is actually standard more often than not.

Where it does win points is its low asking price, impressive fuel economy, and nigh-unbeatable warranty. It doesn’t hurt that it’s actually an enjoyable drive, and the long list of standard safety features make it a shoo-in as your next family car.